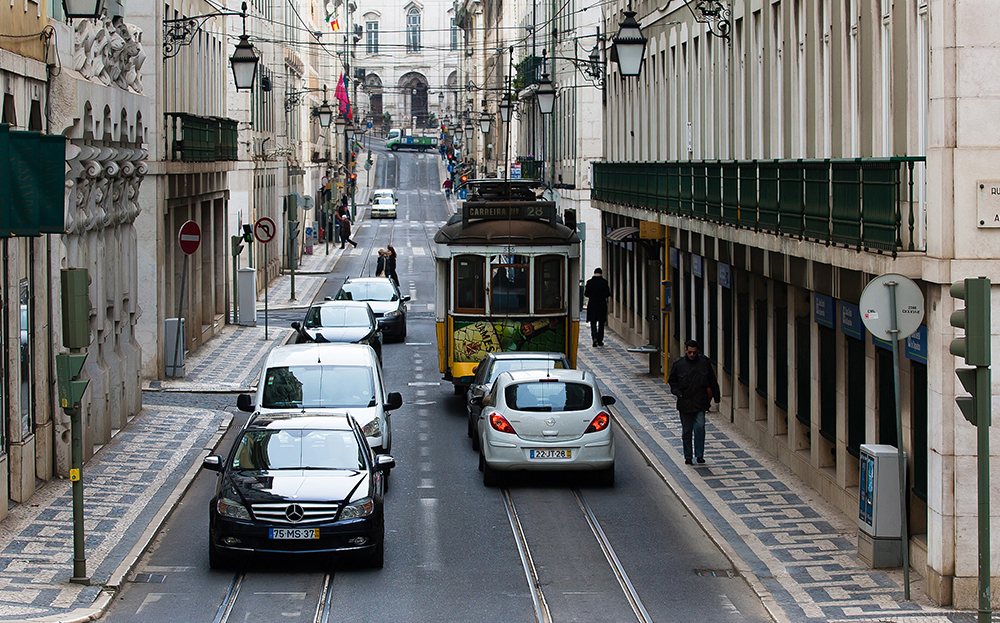 IF YOU’RE driving to Romania or Belarus this holiday season, don’t forget to pack a bucket and sponge. According to The AA, the breakdown service, both countries deem it illegal to drive a dirty car, so a quick wash and brush-up before a day’s touring could save you considerably more than the cost of a drive-thru car wash.

The little-known rule is from a collection of quirky European edicts highlighted by the breakdown company. They include Estonia’s edict that drivers may not pass a tram that is dropping off or picking up passengers, and Portugal’s banning bicycles from being carried on the backs of cars.

While some rules are fairly common sense – giving way to trams in Norway and Slovakia, for example – others seem to have been devised simply to confound motorists. In Slovenia, the AA reveals, drivers may not indicate when entering a roundabout but must do so when leaving it. Meanwhile, in some Swedish towns and cities, what side of the street you can park on is dictated by neighbouring property numbers. On odd days, parking is not permitted on the side of the road with odd numbers, and vice versa.

Rosie Sanderson, head of AA International Motoring Services, said: “Motoring penalties in Europe can be severe with large on-the-spot fines, the risk of having your car impounded or worse. Traffic police on the continent aren’t known for their leniency so brush up on the rules, watch your speed and don’t drink and drive.”

Lesser-known European rules of the road

Austria
The use of the horn is generally prohibited in Vienna and in the vicinity of hospitals. Also, when a school bus has stopped to let children on and off, indicated by a yellow flashing light, drivers travelling in the same direction are not permitted to overtake. If you are stuck in a traffic jam, you have to move over as far as you can to the right (if you are on a single-carriageway road) and to the right and left (on a dual-carriageway that doesn’t have a hard shoulder) to allow free passage for emergency vehicles.

Belarus
It is against the law to drive a dirty car.

Belgium
Any stationary vehicle must have its engine switched off, unless absolutely necessary.

Cyprus
Eating and drinking while driving is prohibited.

Estonia
It is prohibited to overtake a tram which has stopped to let passengers on or off.

Finland
In some towns, the streets are cleaned on a regular basis. Road signs indicate to drivers on which day the cleaning takes place and therefore when the street must be kept clear of parked vehicles. When a car is found to obstruct the path of a cleaning vehicle, it is removed. In order to recover it the driver must pay a fee.

Germany
It is prohibited to overtake or pass a school bus that is approaching a stopping point, indicated by flashing hazard lights.

Iceland
It is prohibited to drive outside marked roads or tracks in order to protect flora and fauna.

Montenegro
School buses must not be overtaken or passed when they stop for children to board or alight.

Netherlands
Trams have right of way, except when crossing a priority road. Beware of large numbers of cyclists and skaters.

Portugal
It is illegal to carry bicycles on the back of a passenger car. Buses must not be overtaken when they stop for passengers to board or alight.

Romania
It is against the law to drive a dirty car.

Russian Federation
It is against the law to drive a dirty car, where the registration plate isn’t legible, and you should avoid driving at night if possible.

Serbia
Buses must not be overtaken when they stop for passengers to board or alight.

Slovakia
All road users must give way to trams.

Slovenia
Drivers must not indicate when entering a roundabout but must use indicators when leaving it. The use of the horn is generally prohibited in the vicinity of hospitals.

Spain
In some cities in one way streets, vehicles must be parked on the side of the road where houses bear uneven numbers on uneven days of the month, and on the side of even numbers on even days. It is recommended that a driver who wears glasses should carry a spare pair with them if this is noted on your driving licence.