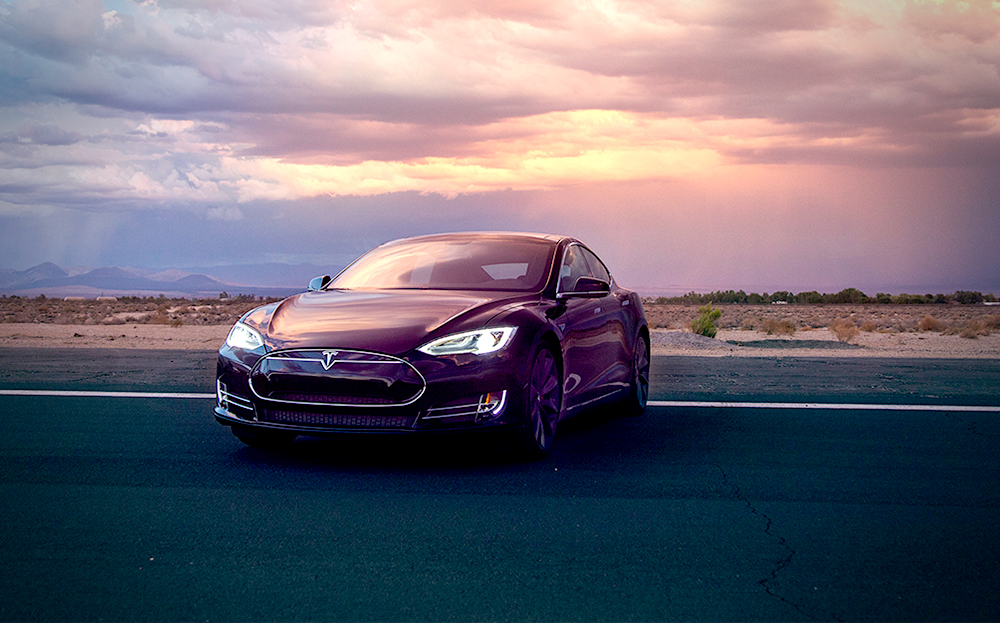 TESLA IS the Silicon Valley upstart car company run by a maverick who likes nothing more than taking on the big guys. Elon Musk has convinced the world that electric cars can be desirable, fended off lawsuits from some of America’s most powerful car dealerships and even had a rumble with Top Gear.

Now Musk is at it again, this time boasting that Tesla’s latest vehicle, the Model S P85D is the best-handling car in the world. It’s a bold claim for an electric vehicle weighed down by heavy batteries, but that’s not the half of it. Tesla also says that the more powerful four-wheel-drive Model S P85D will be faster than the McLaren F1, one of the greatest supercars yet to burn a gallon of fuel.

Tesla claims the car can accelerate from 0 to 60mph in 3.2 seconds, which is the same as, rather than faster than, the F1. Nevertheless, it’s quite an achievement. The existing Tesla P85 is two-wheel drive and reaches 60mph in 4.2 seconds.

Tesla claims the car can accelerate from 0 to 60mph in 3.2 seconds, which is the same as the McLaren F1

The secret to creating its fastest car yet is the addition of four-wheel drive. The Model SD comes with a second motor for the front wheels, which is said to give more traction off the line. Through better power management it also increases the vehicle’s operating range by 10 miles to a claimed 320 miles (though in our test of the two-wheel-drive model we achieved 265 miles). A full recharge from a Tesla supercharger takes an hour.

A further sign of Tesla’s fighting spirit is a new self-driving system called Autopilot. At this stage it does what the name implies, using a variety of radar, ultrasonic and camera-based sensors to handle driving duties and help avoid accidents.

However, Tesla reckons the next step is for owners to tell the car when to wake up and where they’d like to be collected from. Using Autopilot hardware and software the Tesla could — on private property, for now — start itself and drive from the garage to the front door of the owner’s home.