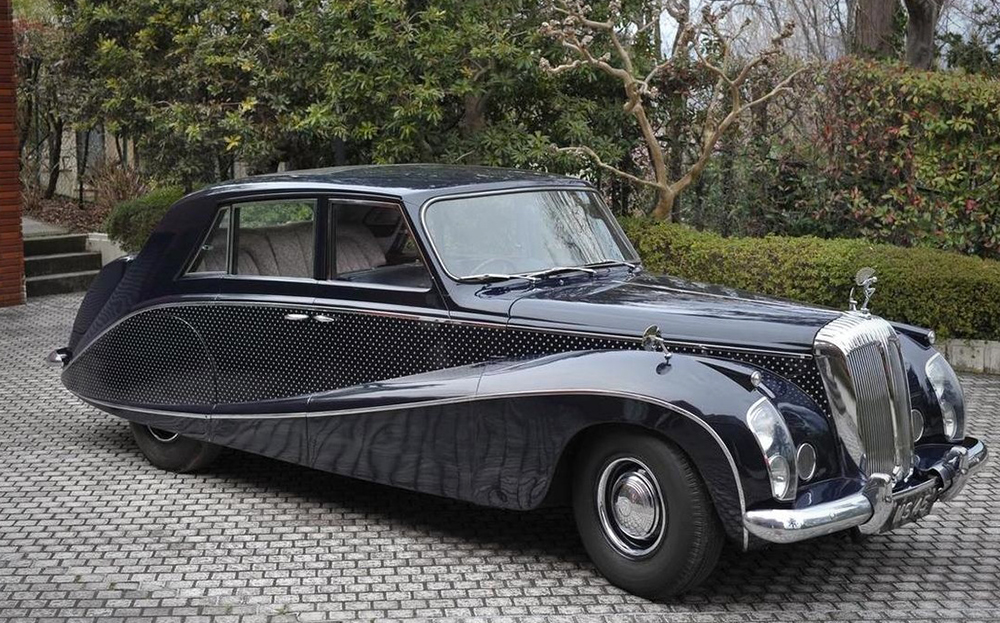 TODAY LADY Docker, wife of the millionaire former chairman of Daimler, might be celebrated as a visionary designer and her creations marketed to the world’s elite, but when the board of the car maker realised her outrageously opulent models of the 1950s had brought it to the edge of bankruptcy, they fired her husband and stripped the pair of their finery.

One of the five cars she designed will be auctioned at the Goodwood Revival classic motor sport event this Saturday. Called the Stardust, it cost £12,500 in 1955; six times the price of the average house. It is expected to sell for £160,000.

Its most striking feature is the mascot, which is modelled on a nude Lady Docker. Her ladyship’s transformation from former dancer at the Café de Paris to luxury car designer occurred when she told her husband, Sir Bernard Docker, that Daimler “can’t survive on status alone”. With his support she persuaded the company’s board of directors to give her a seat on the board of Hooper’s, a motor body firm that supplied Daimler.

They promptly agreed to the production of five lavishly appointed vehicles of her specification, which became known as the “Docker specials”. Within weeks, and seemingly oblivious to the post-war austerity prevailing at the time, the famous socialite had designed five interiors for which she had specified some of the world’s most expensive materials. They included gold stars and silver paint, zebra, lizard and crocodile skins, and a stiff decorating fabric hand-woven from silk called brocatelle. 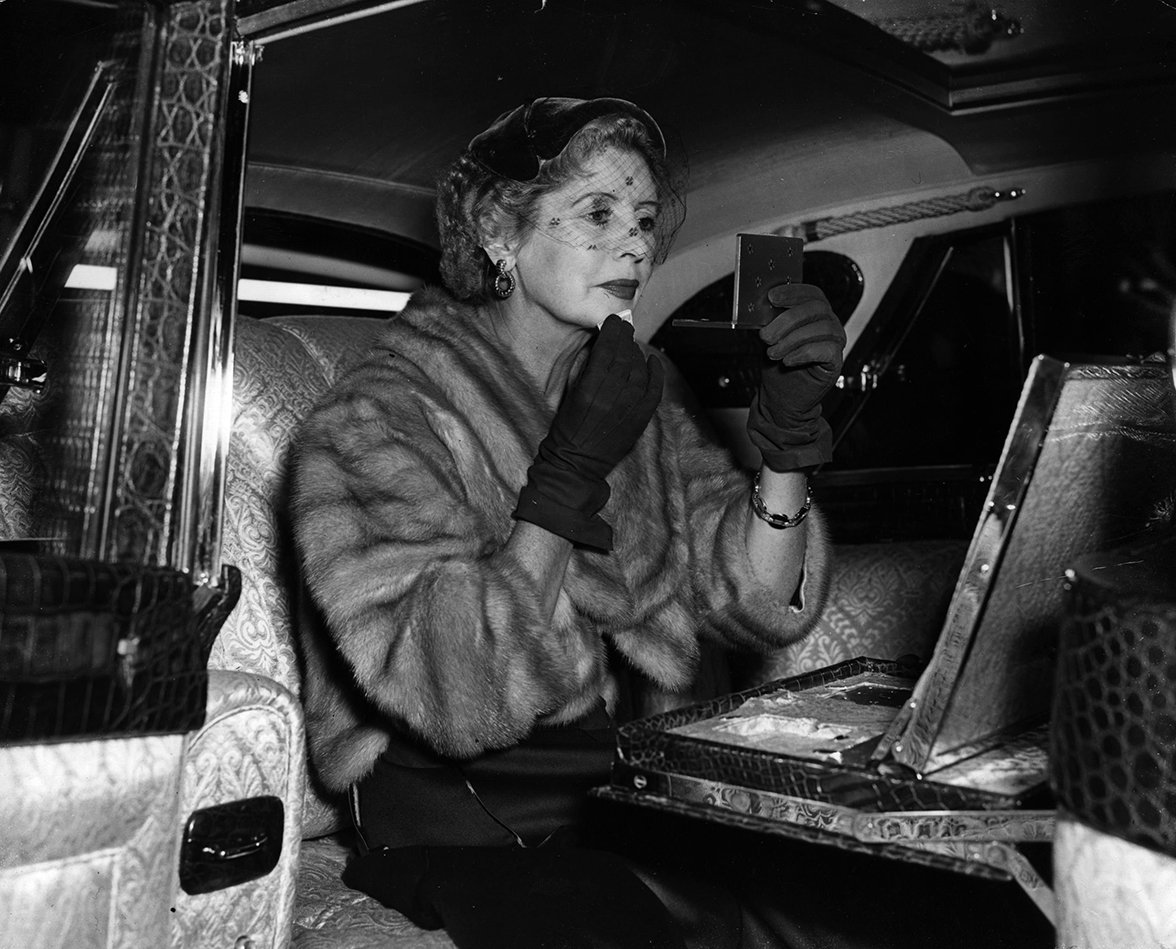 For her first car, the so-called Golden Daimler of 1951, Lady Docker specified £900 worth of gold plating, a sum that would have bought two new Morris Minors and a small motorcycle. Justifying her extravagance, she explained, “It was practically impossible to buy chrome.” It caused a sensation at the 1951 motor show.

The fifth and final Docker special was called the Ivory White Golden Zebra. Powered by a 4.6-litre engine it was trimmed with zebra skin. When asked, “Why zebra?” Lady Docker replied, “Because mink is too hot to sit on.”

Stardust, the car being auctioned at Goodwood, was so-called because it had 5,000 silver stars on its blue and silver coachwork. Inside, the cabinets were covered with blue crocodile skin, and there were four crocodile skin suitcases in the boot. 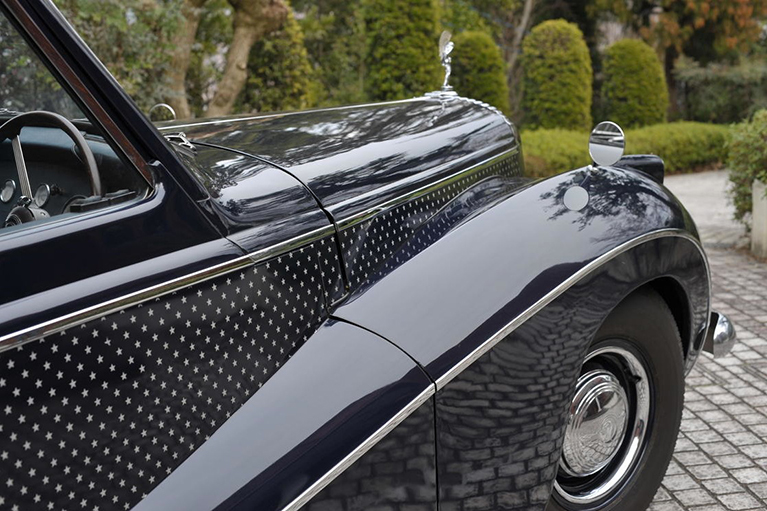 Reactions to the car were encouraging enough for Daimler to ship it to Monaco for the wedding of Prince Rainier of Monaco and Grace Kelly on April 19, 1956, to which the Dockers were invited.

Meanwhile, at Daimler, there were concerns at the Dockers’ extravagance with the board believing that the couple had conceived the cars for their “personal amusement”, and not for the good of the company. 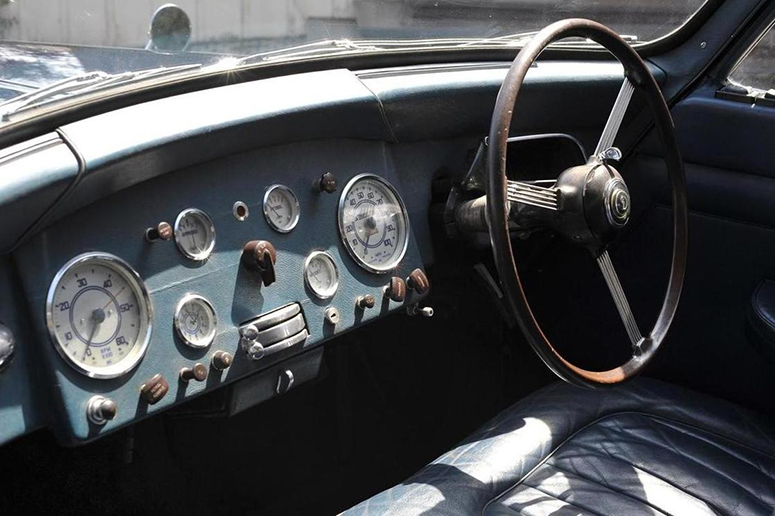 Weeks later, on May 30, the board acted, firing Lord Docker and billing him £50,000 for the construction of Stardust. The Inland Revenue billed him an additional £20,000. At the same time, the directors of Daimler ordered the furnishings and trimmings to be stripped from the remaining Docker specials.

The board’s decision ultimately ruined the couple. Over the years they sold off most of their possessions. Lord Docker died in a nursing home in 1978 and his wife died almost penniless in a hotel in Paddington in 1983.

By this time, Stardust had enjoyed a miraculous rebirth. Found abandoned on a Welsh farm with a frost-damaged cylinder block, the car was fully restored to show condition in 1980. Geoffrey Francis, the heraldic artist who had worked on the car in 1954, was commissioned to reapply the stars to the coachwork. By this time, crocodiles had become an endangered species, so blue-dyed lizard skin – a favourite of Lady Docker – was used instead for the interior trim.

Stardust was acquired from the Blackhawk museum by a previous owner in the 1980s and subsequently exported to Japan. The present Japanese owner acquired it in the 1990s.

Whoever buys the vehicle next weekend at the Bonhams sale will have the pleasure of owning one of the most interesting cars in British motoring history, made more so by the presence, in the car’s glovebox, of the invitations to the wedding in 1956 that brought the Docker specials to such an ignominious end.