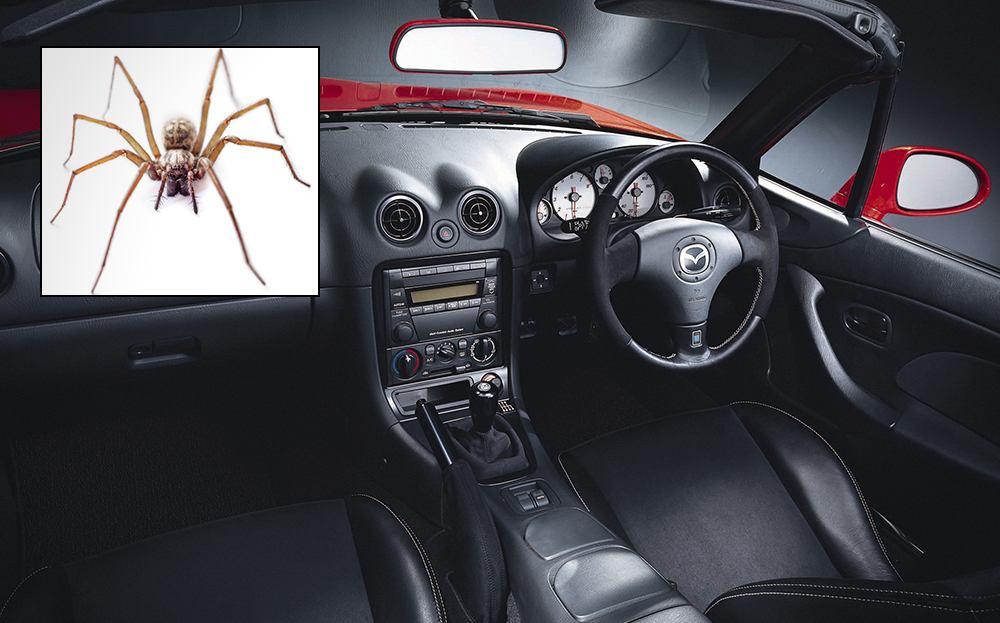 IT’S THE stuff of nightmares for anyone with arachnophobia: a spider dropping onto their lap while they’re driving. That’s what happened to Dr Amy Walpole, who lost control of her Mazda MX-5 and crashed into the oncoming car of John Evans, an elderly motorist who died after the incident.

Walpole, 38, was seen by witnesses waving her arms frantically before drifting into the opposite lane of the B4317 in Carmarthenshire and hitting Mr Evans’s vehicle. Magistrates accepted her claim that a large spider had dropped from the sun visor onto her legs. “She was terrified,” said John Allchurch, defending, “and tried to flick [it] out of the window.”

The court heard that Mr Evans, 87, suffered fractures and damage to his heart in the collision. He was able to walk from his car to an ambulance but died the next day.

Walpole, a GP, admitted causing death by dangerous driving but was spared jail because of the “blind panic” that led to the accident, caused by her arachnophobia. David Powells, the judge, banned Walpole from driving for 12 months and ordered her to pay costs and to carry out 80 hours of community service. “What we are dealing with is a tragic accident,” he said.

Mr Evans’s family had asked for Walpole to be dealt with leniently as they were aware of her good reputation as a GP.