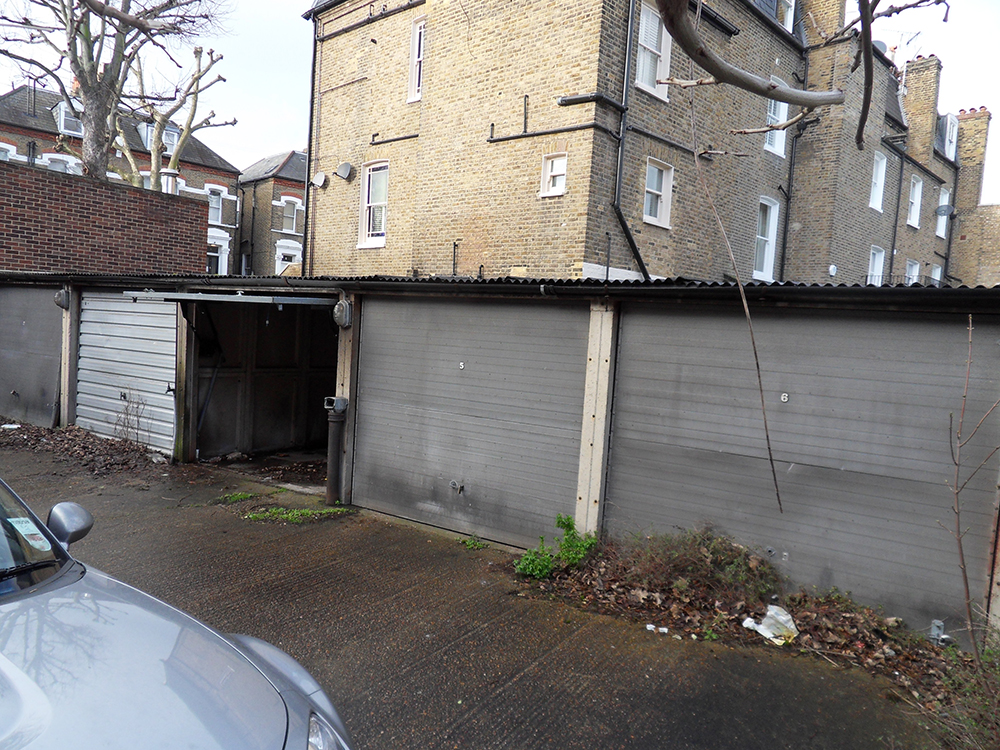 THEY MIGHT look like six rundown garages to you but to their new owner they were worth paying £700,000 for.

The crumbling lock-ups are in Parsons Green, West London. They were offered for auction today (Wednesday) with a guide price of £75,000 and a reserve (the price below which they would not have been sold) close to that figure.

The level of interest ahead of the sale led the auctioneers, Auction House of London, to believe the garages would fetch £200,000 but in a cinema auditorium packed with bidders, and the plainly curious, the hammer eventually fell at £700,000.

The fact that a feasibility study has been carried out to redevelop the site probably explains their appeal and value, rather than the fact that they represent a draughty place to store six cars.