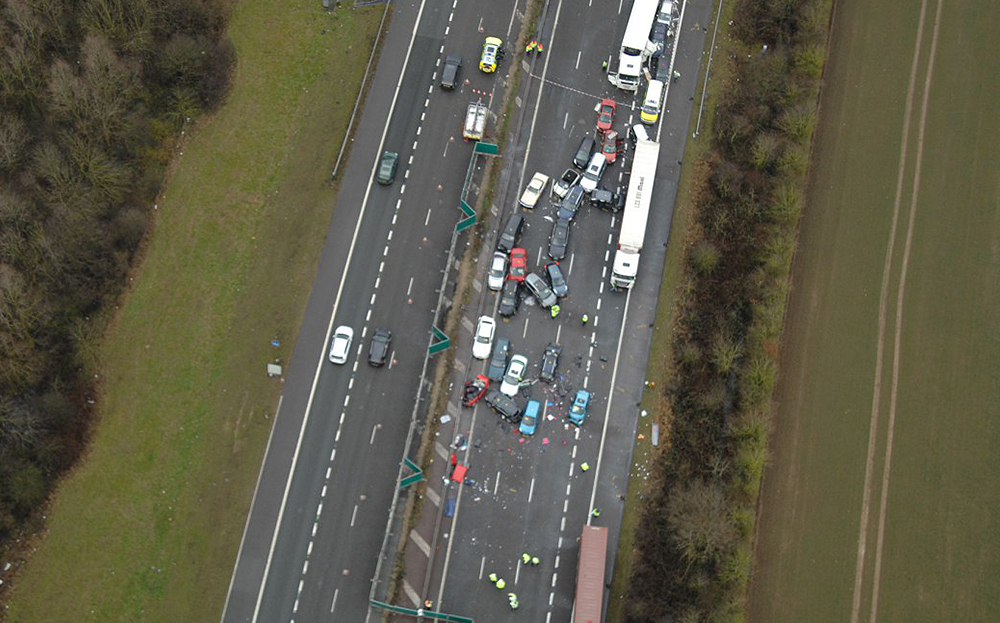 THE INSTITUTE of Advanced Motorists (IAM) is urging drivers to take care on the roads this half-term, after fatal accidents on the M1 and M40 on Saturday during the holiday rush.

Three people were killed on the M1 when a coach crashed into the Audi A3 they were travelling in after it had broken down and parked on the hard shoulder. Another driver was killed in a 40-car pile-up on the M40, pictured above, after fog made driving conditions difficult.

Kevin Delaney, head of road safety for the IAM, told Driving that the hard shoulder should not be viewed as a safe place and motorists should try to reach a service area or motorway exit instead.

“Before working with the IAM, I headed up the east London traffic division for the Metropolitan police, and standing on the hard shoulder of the M11 was one of the most frightening experiences of the job,” said Delaney.

“It is not a safe place. You could have 42-ton lorries passing by you at 60mph with just feet to spare.”

If a car develops a problem, it is best to leave the motorway, but sometimes that isn’t possible, says Delaney.

IAM tips for motorists to stay safe on the hard shoulder