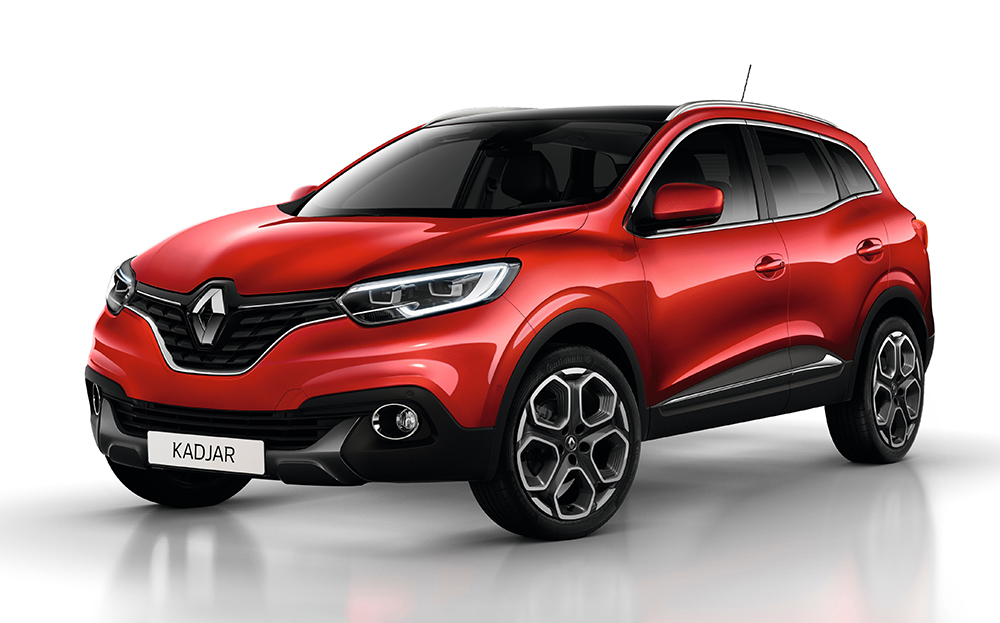 BETTER LATE than never, Renault is muscling into the huge market for school-run SUVs. It is taking on the hugely popular Qashqai, made by its sister company Nissan, with a model due to go on sale at the end of this year.

The Kadjar is to be revealed at the Geneva motor show in March and will be the big brother to Renault’s Captur mini SUV model. It will be slightly bigger than the Qashqai, at 4,450mm long and 1,840mm wide.

Browse the used Renaults for sale at driving.co.uk

The French company has revealed that drivers will be offered a choice between two-wheel-drive and four-wheel-drive variants. The latter will have Auto, 2WD and Lock (ie, 4×4) driving modes.

The Kadjar has an impressive 190mm ground clearance and approach and departure angles of 18 and 25 degrees respectively. Protective front and rear skid plates also help the chunky crossover to soak up bumps and scrapes. With its 472-litre boot, it trumps the Qashqai by 42 litres. 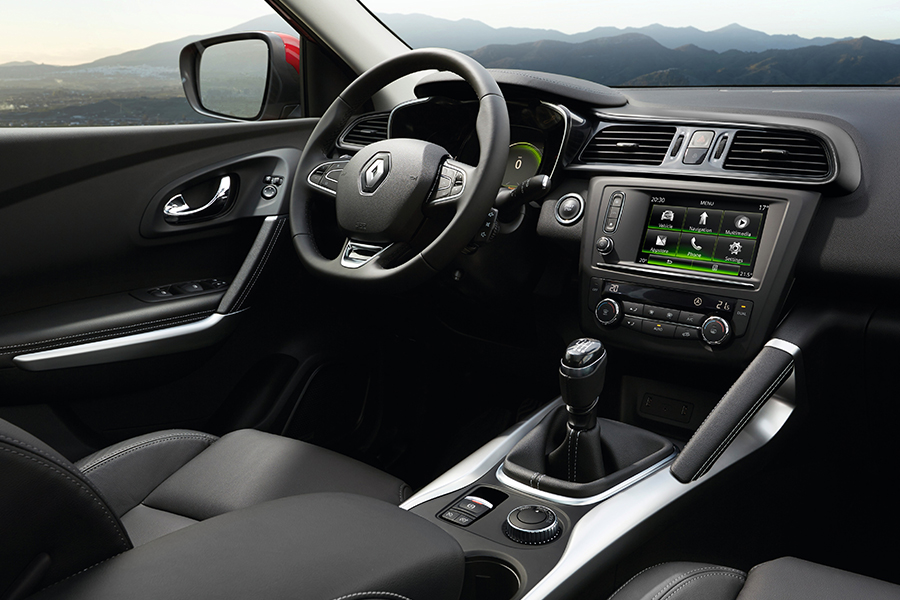 The hi-tech dashboard has a 7in touchscreen display that runs Renault’s R-Link 2 infotainment system. Occupants can now control the navigation, telephone, apps and radio with their voice, and use internet services such as motoring and travel news, social media and search.

Renault has yet to confirm a price or an engine line-up, but the Kadjar is likely to have similar engines to the Qashqai – expect diesel and petrol engines ranging from around 110bhp to 160bhp.

Prices and trim levels are expected to be announced when the car is officially unveiled in Geneva. We’d estimate the range will start at under £20,000. Renault hopes the Kadjar will be a global car, striking a chord in China and many African countries. Expect to see it on the school run the world over.

Browse the used Renaults for sale at driving.co.uk