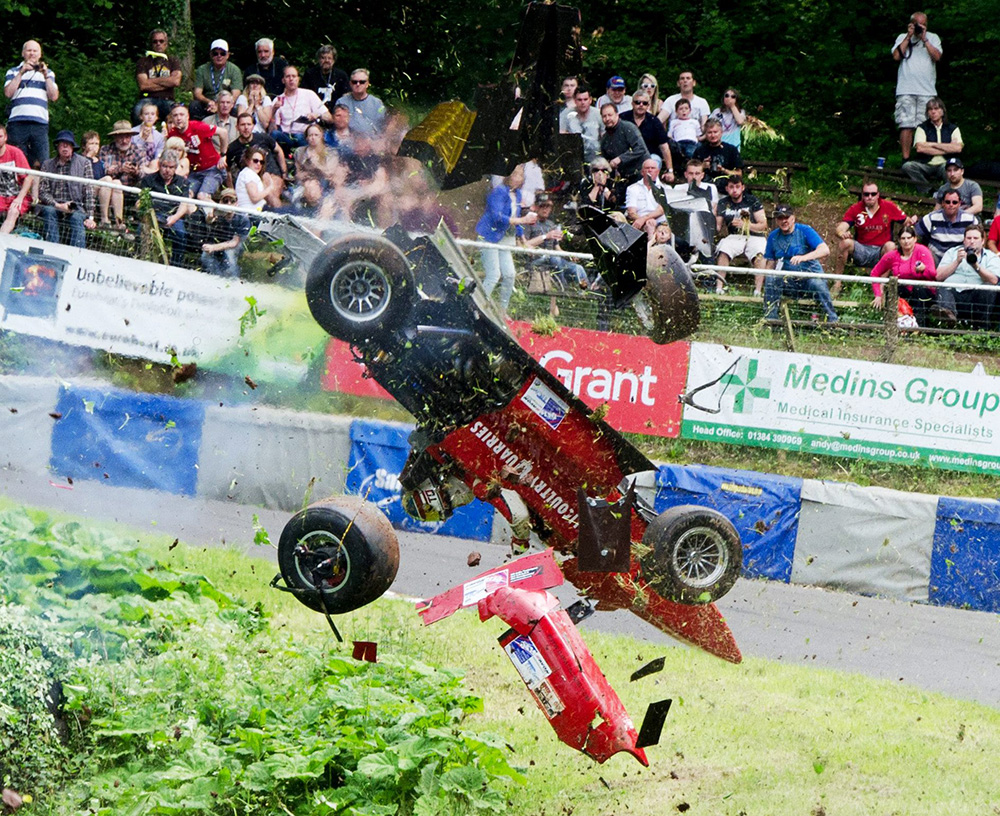 INCREDIBLY, THE driver of this racing car that veered out of control at over 130mph and somersaulted into a bank, survived with nothing worse than bruises and a broken cheekbone.

Menzies, an IT consultant from Scotland, was approaching the Bottom Ess section of the circuit when he lost control, striking a high verge to his right. The impact caused the car to flip twice through the air before ploughing into the steep hillside. 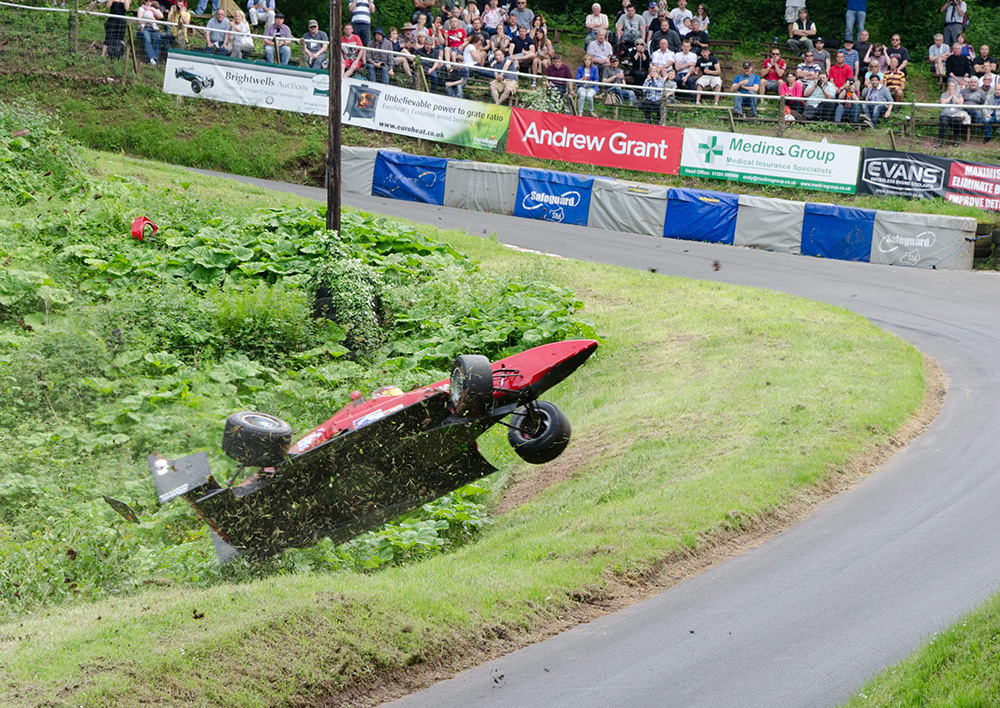 Horrified spectators looked on as marshalls and medics rushed to the accident where, for 45 minutes, they worked to free Menzies from the wreckage of his car. 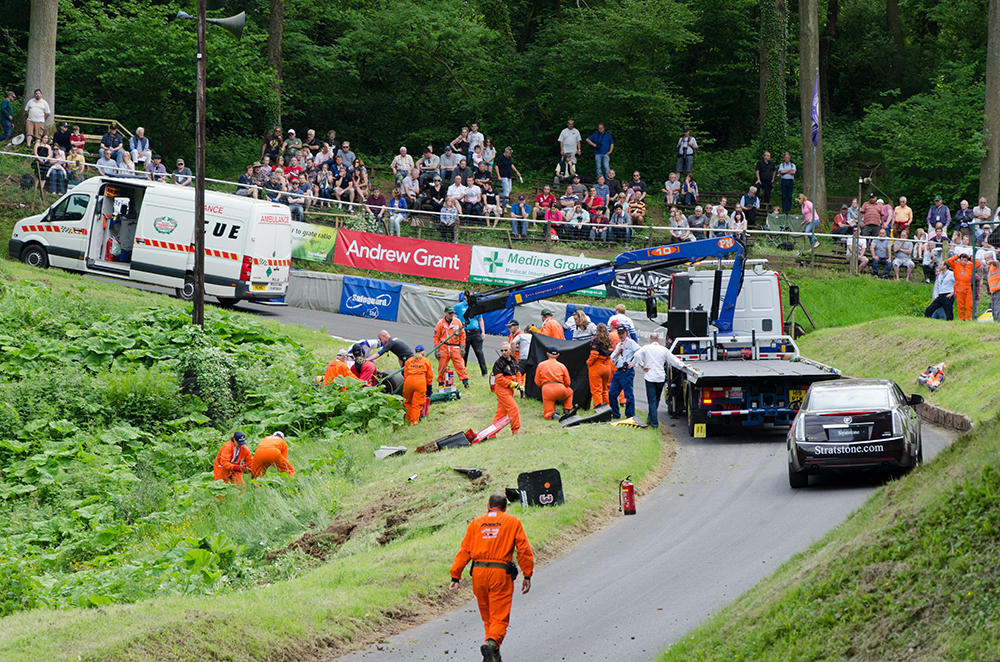 He was taken to hospital from where he was released after treatment for a cracked cheekbone, stitches and bruising.

Tim Mason, one of the spectators who witnessed the crash, said it was a particularly horrifying one. “I’ve seen a few crashes at Shelsley Walsh but never, ever, anything like this one. Thank God he was in a modern racing car with a safety tested carbon fibre tub or I don’t think he’d be with us now.”

Later, Menzies, who is currently fifth in the British Hillclimb Championship, said he was in fine spirits and looking forward to his next race.

“It now feels like the results of a rough game of rugby,” he said.

“I cannot thank the marshalls and medics enough for their quick response to my incident,” he said.