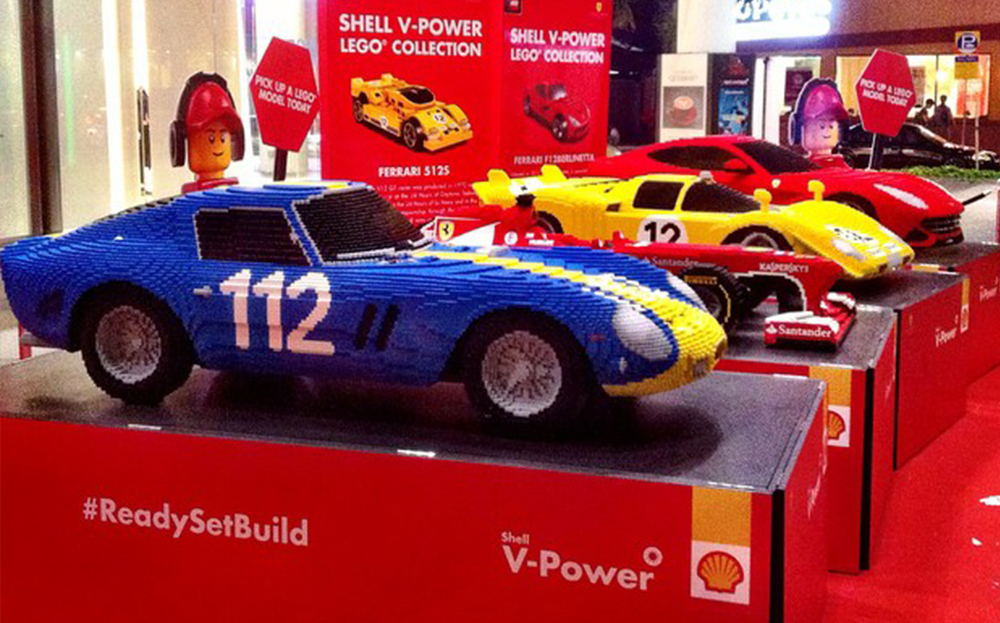 LEGO MODELS of Ferrari road and racing cars exclusive to Shell fuel stations could become as valuable as the real things after the Danish toy company announced it will not be renewing its partnership with the oil company, following pressure from environmentalists.

The current 2014 Lego-Shell collection includes four Ferrari cars, a Ferrari engineer, and a finish line and podium but the toy maker’s announcement could trigger a surge in demand as parents and enthusiasts snap them up before the toy maker calls it a day.

Its decision comes after one million people signed a petition calling on the company to end its 50-year association with Shell because of its plans to drill for oil in the Arctic. The petition was part of a three-month campaign by Greenpeace involving a series of protests during which it positioned tiny Lego figures outside Shell garages and national landmarks.

Search for and buy a real Ferrari on driving.co.uk

Shell has indicated it will attempt to drill again next year in the US Arctic, despite previous problems culminating in its drill vessel the Kulluk running aground as it was being towed across the Gulf of Alaska in 2012.

Ian Duff, Arctic campaigner at Greenpeace, said: “This is a major blow to Shell. It desperately needs partners like Lego to help give it respectability and repair the major brand damage it suffered after its last Arctic misadventure. The iconic and beautiful Arctic, and its incredible wildlife like polar bears and narwhals, is under threat like never before.”

In a statement, Jorgen Vig Knudstorp, Lego Group president and chief executive, said the company did not agree with Greenpeace’s tactics and that the brand should not have been dragged into the green group’s dispute with Shell. Nonetheless, he conceded that Lego would not be renewing its promotional contract with the oil giant, but declined to say when the current contract expires.

A Shell spokeswoman said the company did not comment on contractual matters.