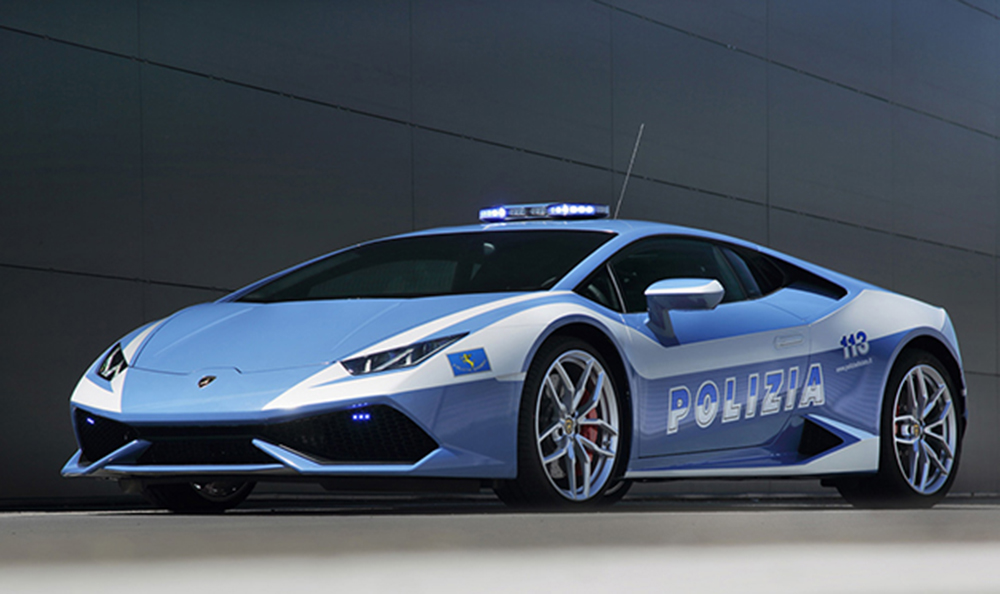 JOIN THE police to fight crime, maintain law and order – and drive a Lamborghini Huracan.

The supercar maker has donated an example of its newest model, capable of overhauling even the most determined getaway driver, to the Italian police.

The car, which in the UK costs £186,000, replaces the Lamborghini Gallardos used by the force since 2004. Those models covered over 150,000 miles in total and according to Lamborghini required no major work beyond scheduled servicing.

The force’s new recruit has four-wheel drive and is powered by a 5.2-litre V10 engine capable of taking it to over 202mph. It is brimming with equipment, but not of the luxury kind. Features include automatic numberplate recognition and tracking, and real-time image and video transmission. In addition, there is police radio equipment, a hand-held stop sign – and a gun holster.

There is also a small fridge, not for the officers’ packed lunches but for storing donor organs when the car is on emergency transplant duties.

The Huracan is painted in police blue but, in a concession to its catwalk looks, its police stripes and lettering follow, in the words of the official press release, “the Huracan’s dynamic design language.”

But perhaps the car’s most outstanding feature is its blue light which has been made more visible with the fitment of LEDs around the base, to ensure that at 202mph the car cannot be mistaken for anything but an extremely fast panda car.

The Lamborghini Huracan is just the latest extreme police car: 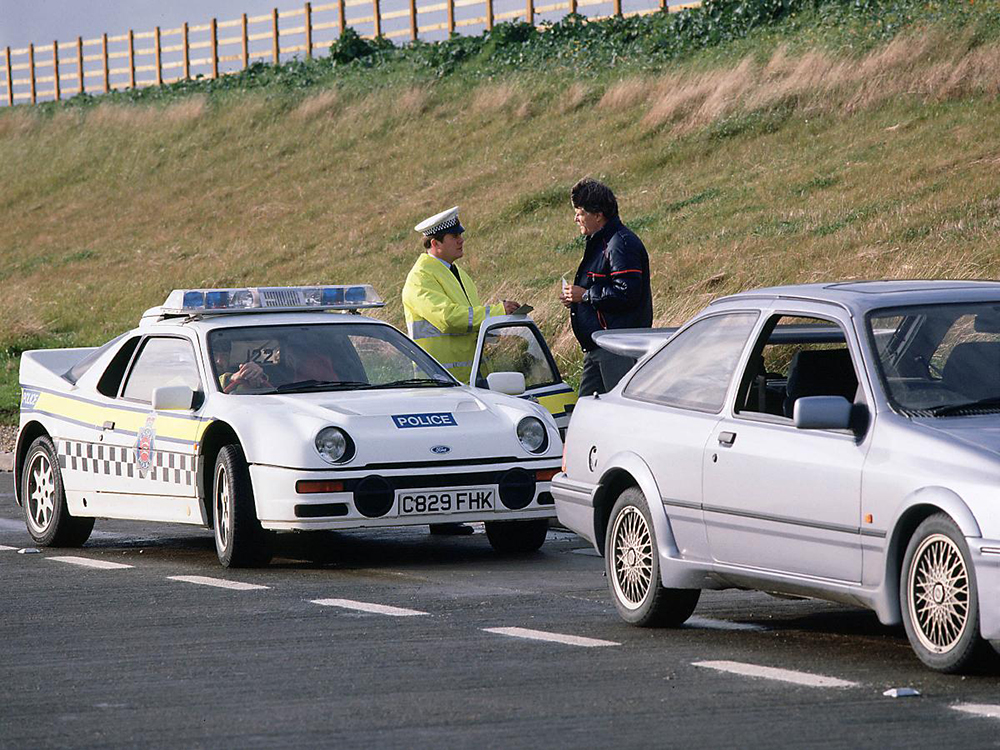 The mid-engined, four-wheel-drive RS200 was based on Ford’s Group B rally car that competed between 1984 and 1986. Around 200 were built. Some rally versions could go from 0-60mph in less than 3 seconds but as you can see from our picture, even the road car could comfortably outrun a Ford Sierra RS Cosworth driven by a sales rep in a hurry. 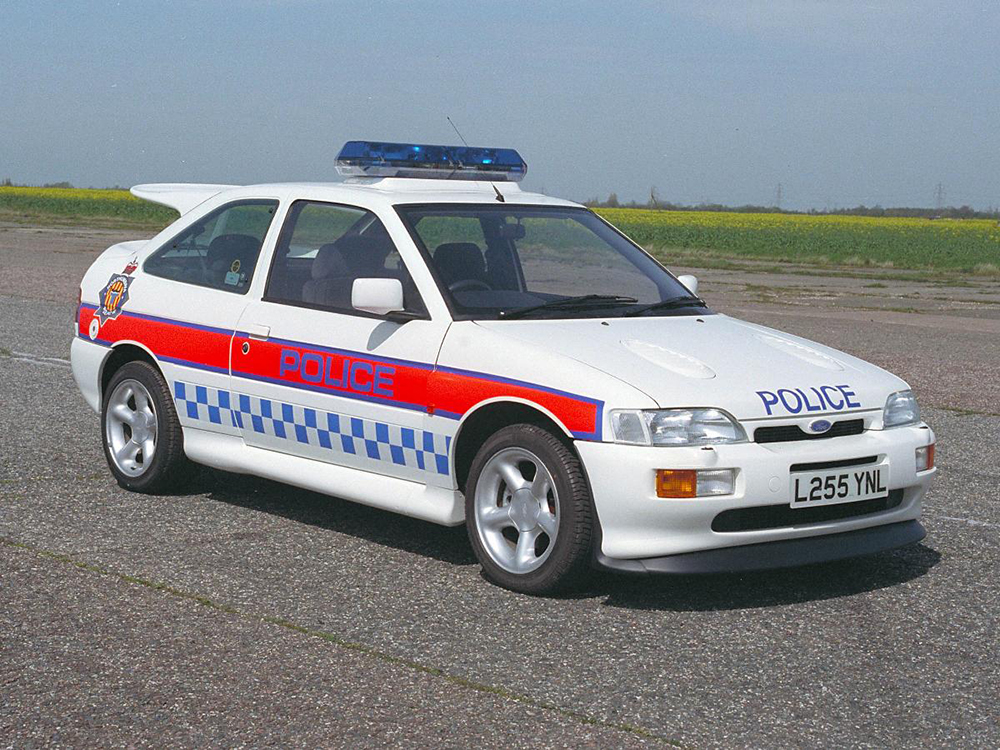 One of Jeremy Clarkson’s all-time favourite cars, the Escort Cossie (1992-1996 ) was also a hit with police forces who found its performance (0-60mph in 5.7sec) handy in fast pursuits, and its trademark whale-tail spoiler even handier for using as a table on which to write out speeding tickets. 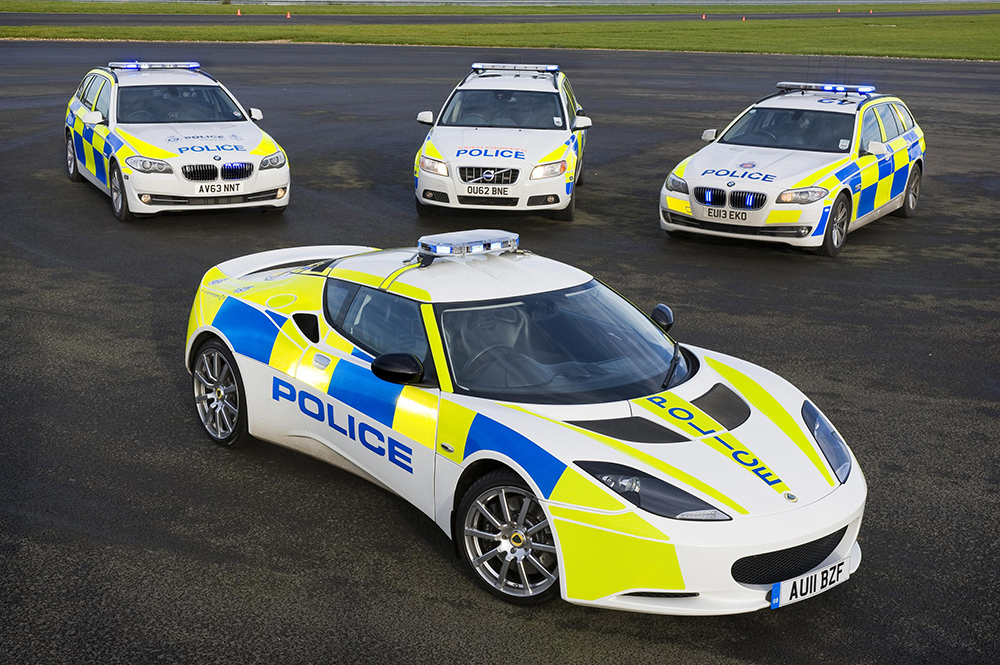 No prizes for guessing which car Norfolk’s finest raised their hands for in the ops room. The Evora has super-sharp handling and a punchy 3.5-litre V6 engine made by Toyota to match. In 2011 even the Lambo-driving Italian police came knocking on Lotus’s door for two Evora S models (below), which is praise indeed. 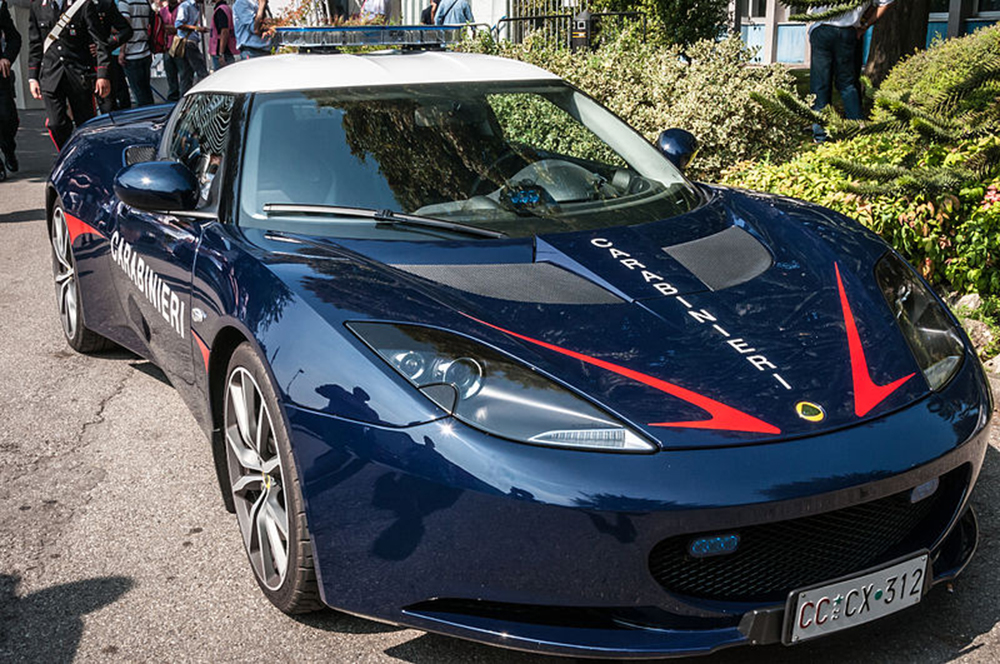 Search for and buy a used Lotus Evora on driving.co.uk 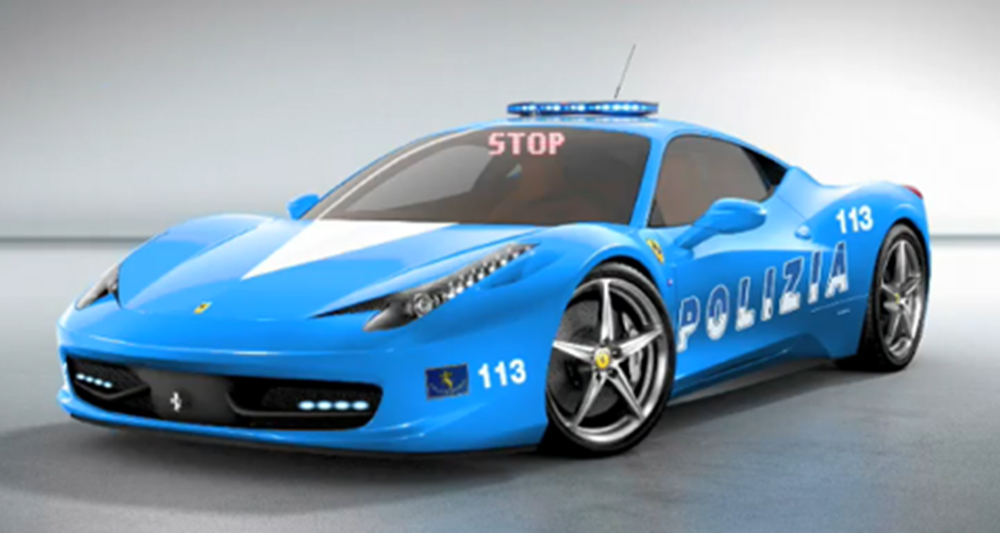 Not to be outdone by its rivals down the road, Ferrari  has also donated cars to the Italian police, including this 458 Italia. Obviously, being professional drivers, and Italians, to boot, there won’t be the slightest chance of their police handlers ever comparing the performance of 458 and Huracan should the two supercars ever meet in the course of their duties. Obviously… 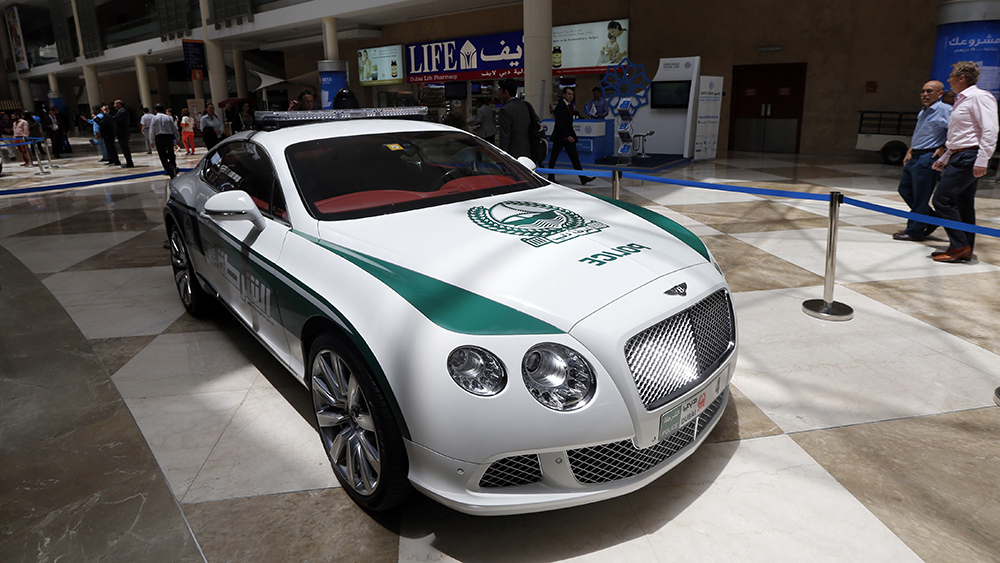 Clearly, in a nation where even chauffeurs go home to a Ferrari in the garage, the Dubai police can’t be seen in just any old panda car. Hence this Bentley Continental GT (in addition to sundry Lamborghinis).

Search for and buy a used Bentley Continental GT on driving.co.uk

In fact, Dubai police has a whole fleet of supercars at its disposal. It’s the ultimate PR boost, as the video above explains. 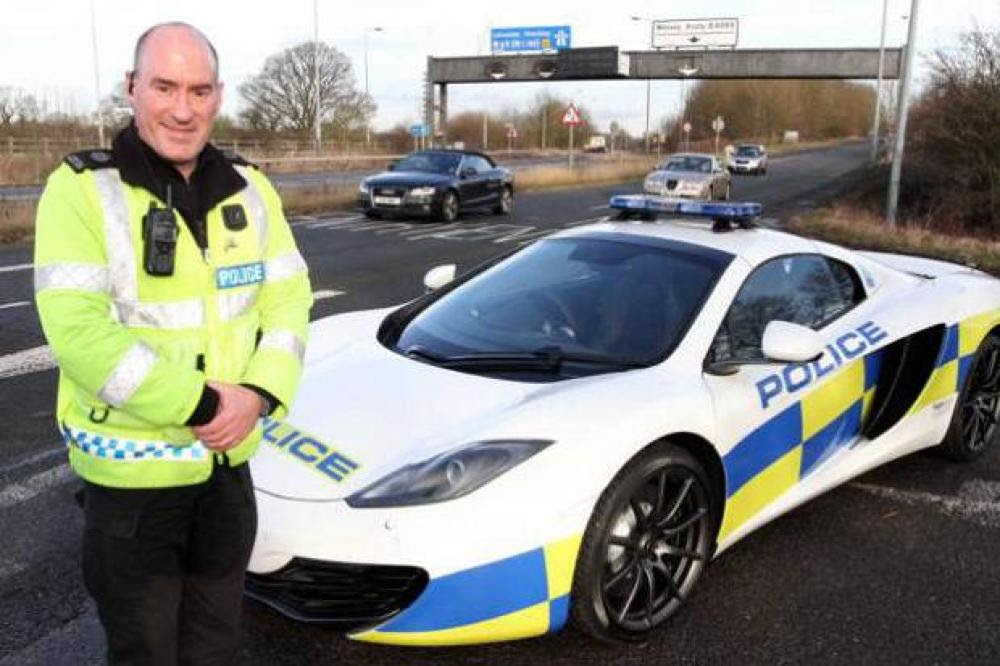 Unveiled last January at a motor show in Birmingham, the 200mph McLaren was decked out in police livery but never intended to be used in anger. Instead, it was loaned to West Midlands Police as an exhibit designed to break down barriers with motorists and help spread the safety message. Good thing, too, because the much better 650S came along soon after.

Also read: Police to give motorcyclists a lesson they won’t forget with Ariel Atom pursuit car