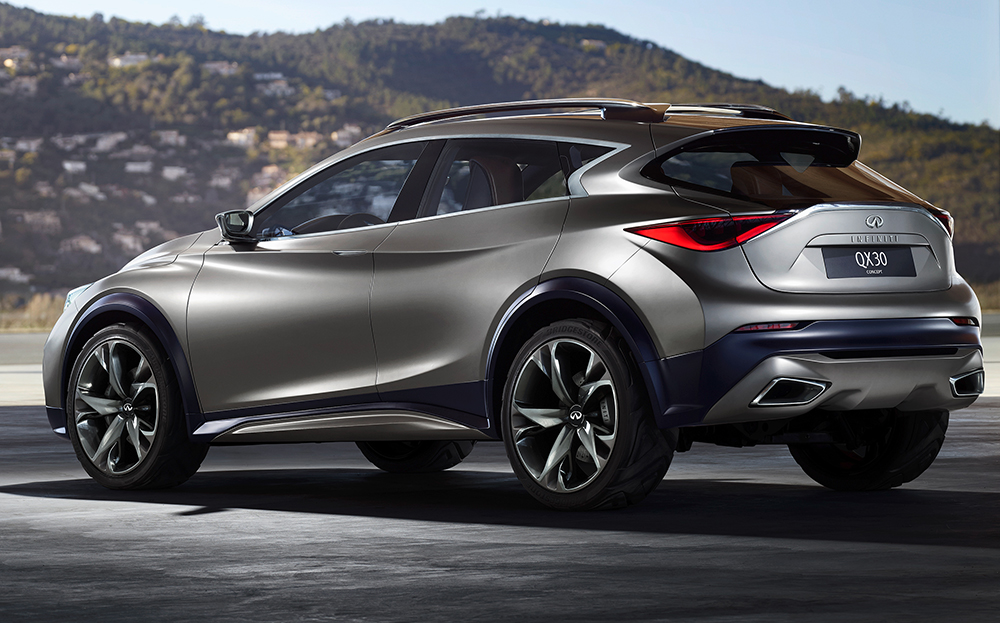 INFINITI WILL unveil its QX30 Concept crossover SUV at the Geneva motor show next month, with Nissan’s premium brand claiming it will “reignite the premium compact segment” – marketing speak for ruffling the feathers of BMW and Audi.

Browse the used Infinitis for sale on driving.co.uk

However, the QX30 will face fierce competition from the BMW X1 and Audi Q3 should it go into production, and there may be doubts over whether Infiniti can meet its ambitious sales target of “around 30,000” QX30 and Q30s (its family hatchback sibling) in Europe in the first year.

The car maker sold just 746 vehicles in the UK in 2014 and although that is almost a 100% improvement on the previous year, it is still some way off the premium vehicle market leaders. Audi and BMW still dwarf Infiniti in terms of sales: together the German rivals sold more than 300,000 models in the UK during the same period, according to the Society of Motor Manufacturers and Traders (SMMT).

The QX30 will be built alongside the Q30 hatchback at Nissan’s Sunderland plant, after the company invested some £250million to fund expansion.