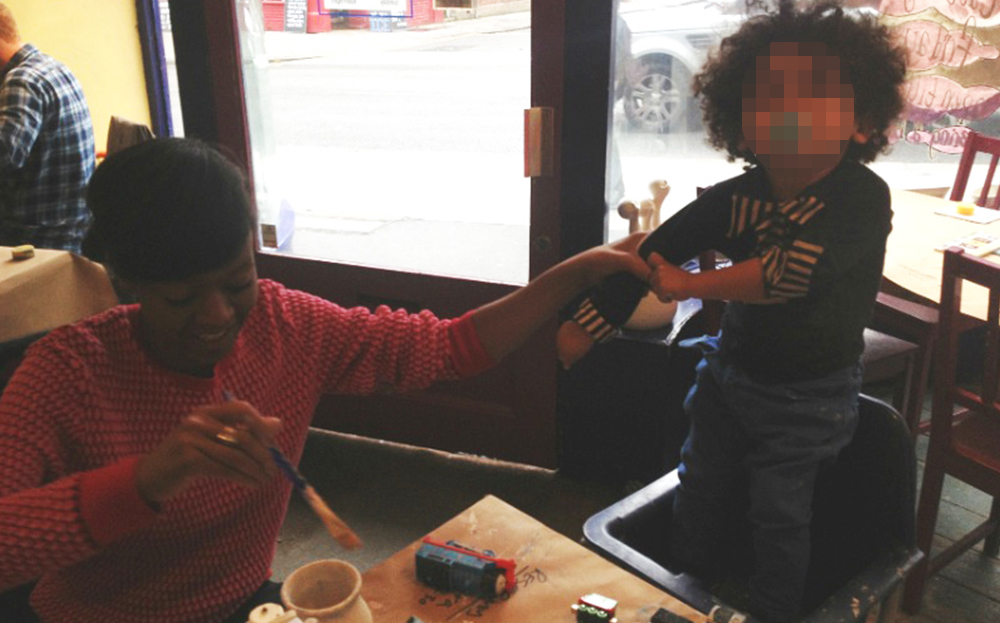 THIS IS the last photograph of Desreen Brooks, a 33-year-old mother killed by an elderly driver in November 2012. She is pictured with her son, who narrowly avoided the same fate. It has been released by the victim’s husband, after the sentencing of the driver this week, in a plea to families with elderly relatives who drive but may not be safe.

Ben Brooks-Dutton wrote on his blog: “I keep hearing people say that they know someone who should probably give up driving but that they don’t know how to raise the issue with them. Well maybe I can help with that.”

Mrs Brooks was hit by the Mercedes belonging to Geoffrey Lederman, 85, who has been sentenced to 18 months in prison. The retired stockbroker mistook the accelerator for the brake pedal as he drove home from a seven-hour bridge session and careered out of control at up to 54mph for more than 20 seconds before mounting the kerb in West Hampstead, London. Mr Brooks-Dutton and his son managed to avoid the car but Mrs Brooks was hit and killed instantly. Amy Werner, an American student, suffered severe head injuries in the incident.

Lederman, who was excused from attending the trial on health grounds, was found guilty at Blackfriars crown court of causing death by dangerous driving.

Mr Brooks-Dutton, who created the Life as a Widower blog to share his experiences and support other people widowed and caring for bereaved children, said he never wished a prison sentence on Lederman and empathised with the anguish that the driver, his family and his friends must be feeling.

Many elderly drivers, particularly in remote locations, rely on their cars to get around. Going to hospital or even the GP can be difficult on public transport, and a car can feel like a lifeline for those who would otherwise be unable to visit family and friends.

With years of experience on the road, older motorists may be as safe as, if not safer than, younger drivers. However, the accident that killed Desreen highlights the importance of regular assessments for the over-70s.

Mr Brooks-Dutton said justice for Desreen was best served not by a prison sentence but by trying to prevent similar deaths, so he has issued advice for anyone who fears their own relatives may not be able to drive safely.

“Tell them that this [above] is the last photo ever taken of my wife with our son,” Mr Brooks-Dutton wrote on his blog. “Tell them that the paramedics on the scene later that evening had to cut off the jumper she is pictured wearing in order to be able to perform CPR on the pavement where she lay dying.

“Tell them that the two-year-old boy who lost his mummy is now four and is still so angry and upset that she can’t come back,” he continued. “Tell them that he has suffered immeasurably from the trauma of that night.”

Mr Brooks-Dutton said that the freedom afforded by a car is not worth risking the lives of others. “Tell them that once disaster strikes, no wishing the tables could be turned will help,” he said. “Tell them that you understand that they may want to stay mobile but remind them of what’s at risk.

“Tell me you’ll help prevent this happening again. Just tell me that, so that one day I can tell my son that his mother’s death wasn’t completely in vain.”