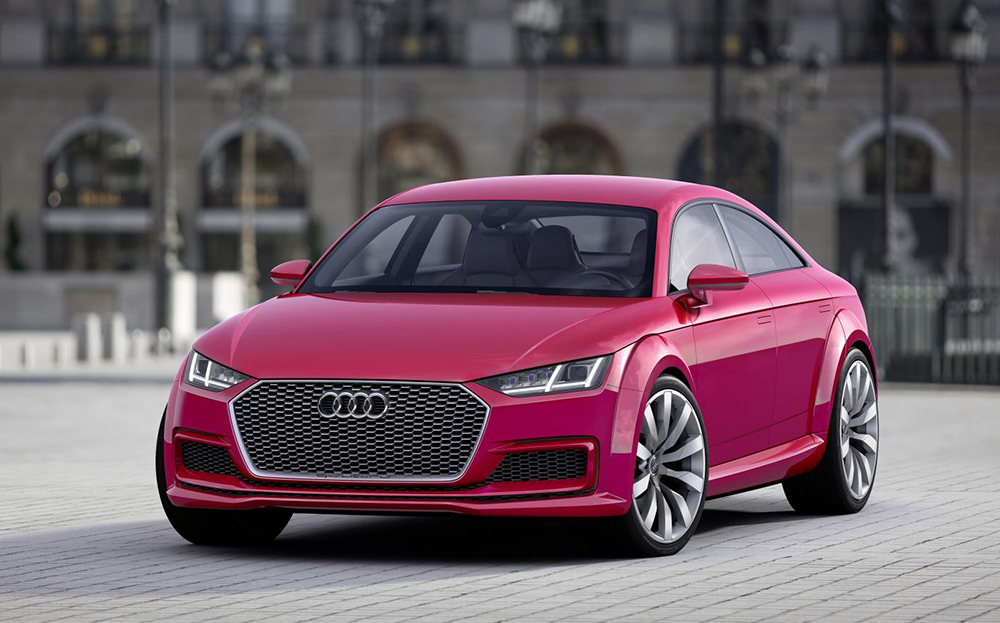 AS PART of what it has suggested could be an extended family based on the original coupé, Audi has unveiled a five-door version of the TT with performance to shame a VW Golf R.

At the moment the TT Sportback is just a concept, displayed at Paris to gauge reaction. Audi says it is inspired by its A5 and A7 Sportback models. Their influence seems clear in the new TT version, particularly at the rear with its hint of notchback. Otherwise, with its low roofline and squat, wheel-at-each corner stance, it’s all TT coupé.

Search for and buy a used Audi TT on driving.co.uk

To allow for the additional doors the TT Sportback is 290mm longer and 60mm wider than the three-door coupé. Crucially, in terms of cabin space, it is also 120mm longer between the front and rear wheels. Interestingly, it is also 30mm lower, perhaps to reduce the new model’s apparent bulk, as well as lower the centre of gravity for sharper handling. 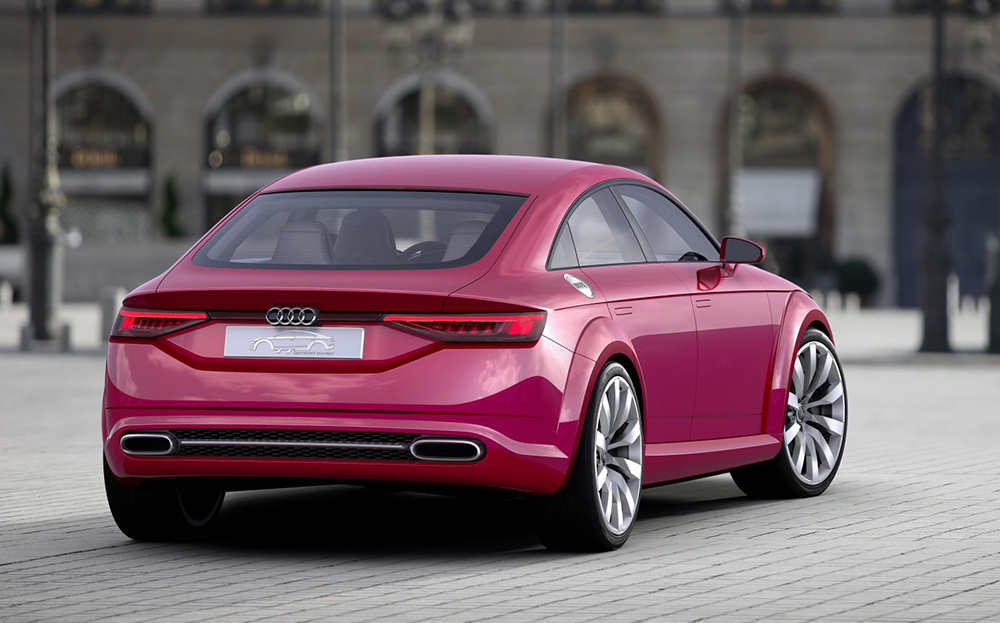 The TT Sportback is powered by Audi’s 2-litre TFSI petrol engine, uprated to produce a startling 390bhp and 332lb ft torque. Driving all four wheels through a dual-clutch seven-speed S-tronic transmission is it sufficient to propel the car from 0-62mph in 3.9 seconds. In comparison, the 2.0 TSI powerplant in the VW Golf R summons up “just” 292bhp and 280lb ft, for 0-62mph in 4.9sec.

Audi claims that unlike the smaller two-plus-two TT coupé, there’s enough room in the rear cabin for two adults to sit comfortably in individual seats, separated by a large armrest. Outside, the differences continue in the form of a modified front grille with large air inlets, unique headlights with a laser high-beam spot and, at the rear, two large, integrated tailpipes.