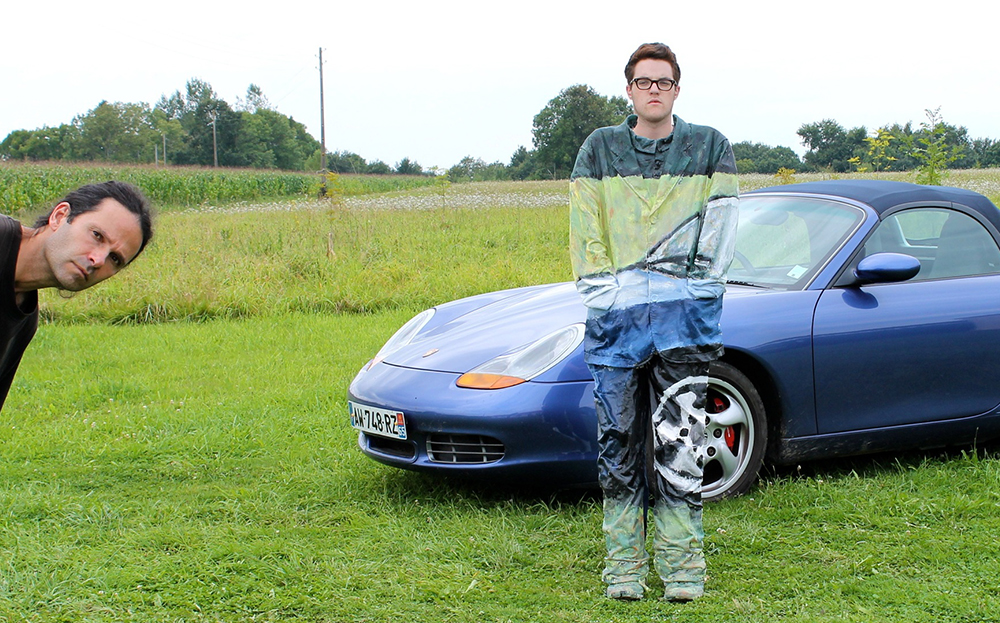 NO, IT’S not a trick of the camera or even that popular fallback, Photoshop ‒ this man is actually standing in front of the Porsche Boxster, but appears to be floating above it thanks to a skilful painter.

Laurent La Gamba, 47, specialises in painting his friends so that they blend into their surroundings. They have stood in front of a variety of scenes and situations including an airport, supermarket shelves and a refrigerator but in his most recent work he has combined his art with his love of cars and positioned his subjects in front of sports cars.

La Gamba, who is based in France, works with acrylic paints. To achieve his ghostly effect he reproduces, on his subject, every detail of the object and environment behind them so that they appear to have been partially superimposed on the picture. Each work takes around two hours to complete.

The cars the artist used in his latest paintings are from his own collection. In addition to his Porsche Boxster S they include a Porsche 944 S and three BMW Z3s: a 1.8, 1.9 and 2.8.

“I hope to surprise people and also stun them with the technical achievement of my new work,” said La Gamba.

“This work is completely unretouched by Photoshop or any other software. Some people laugh, some people admire it while others think it is software generated, so there is really a wide variety of reactions.”