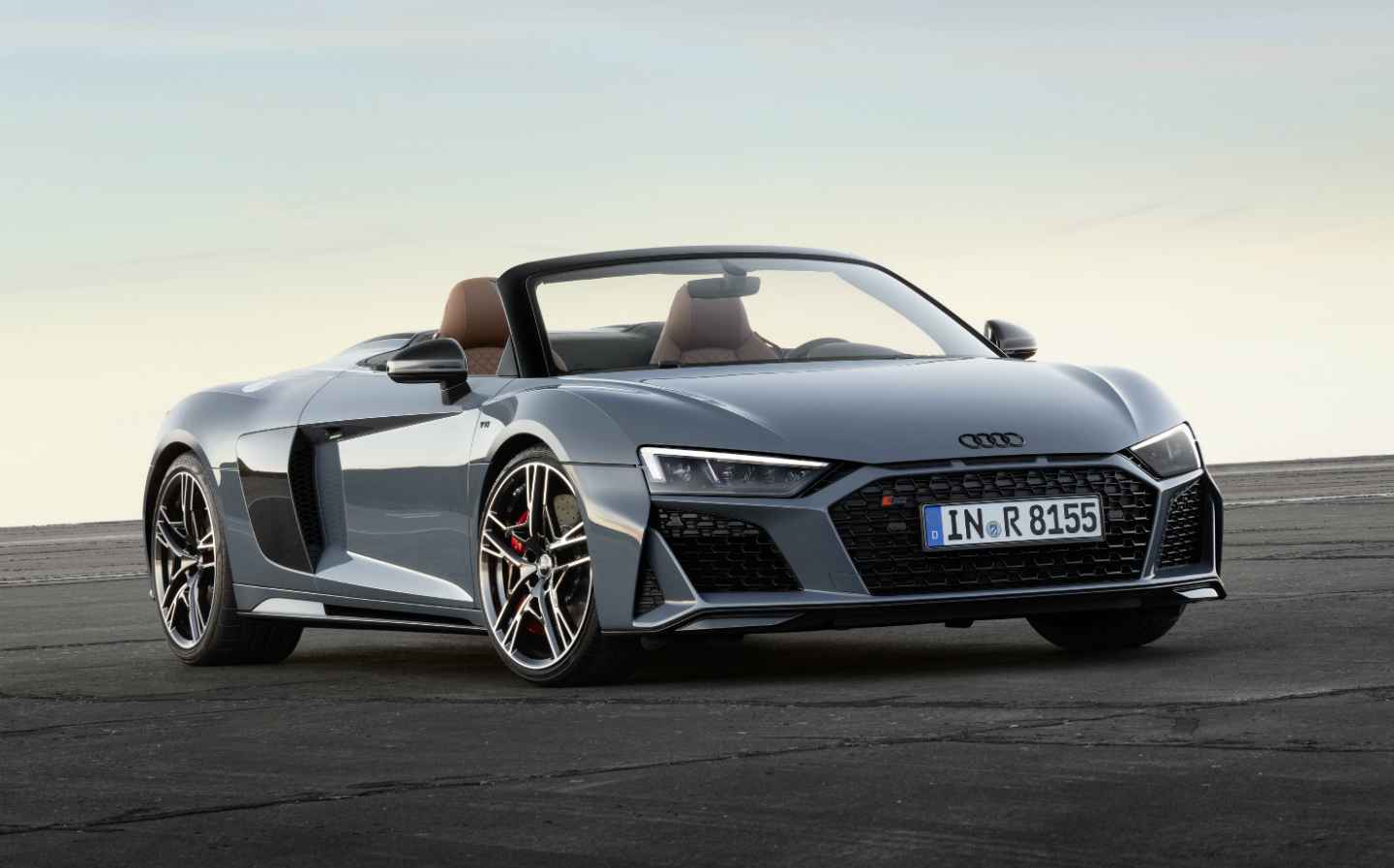 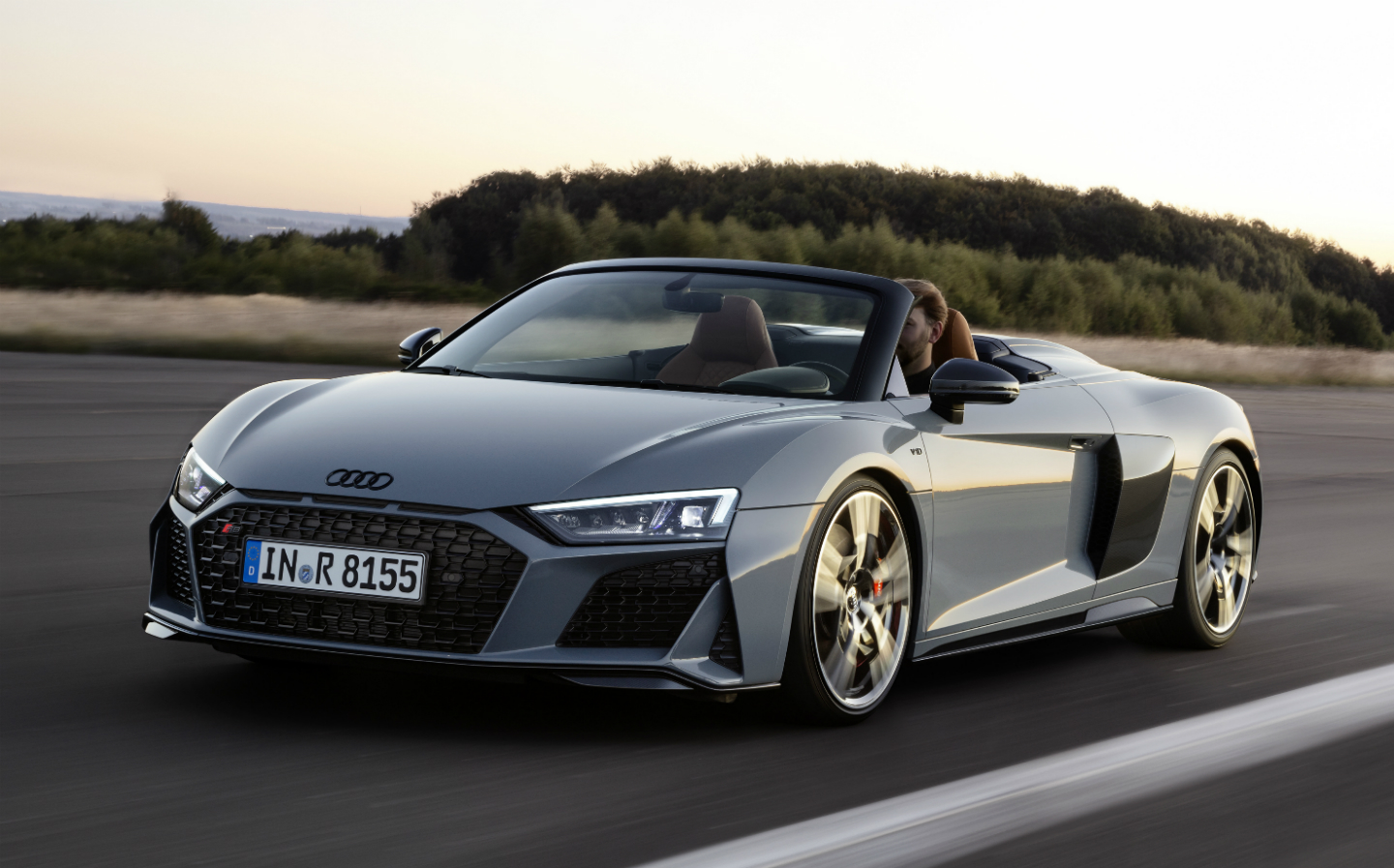 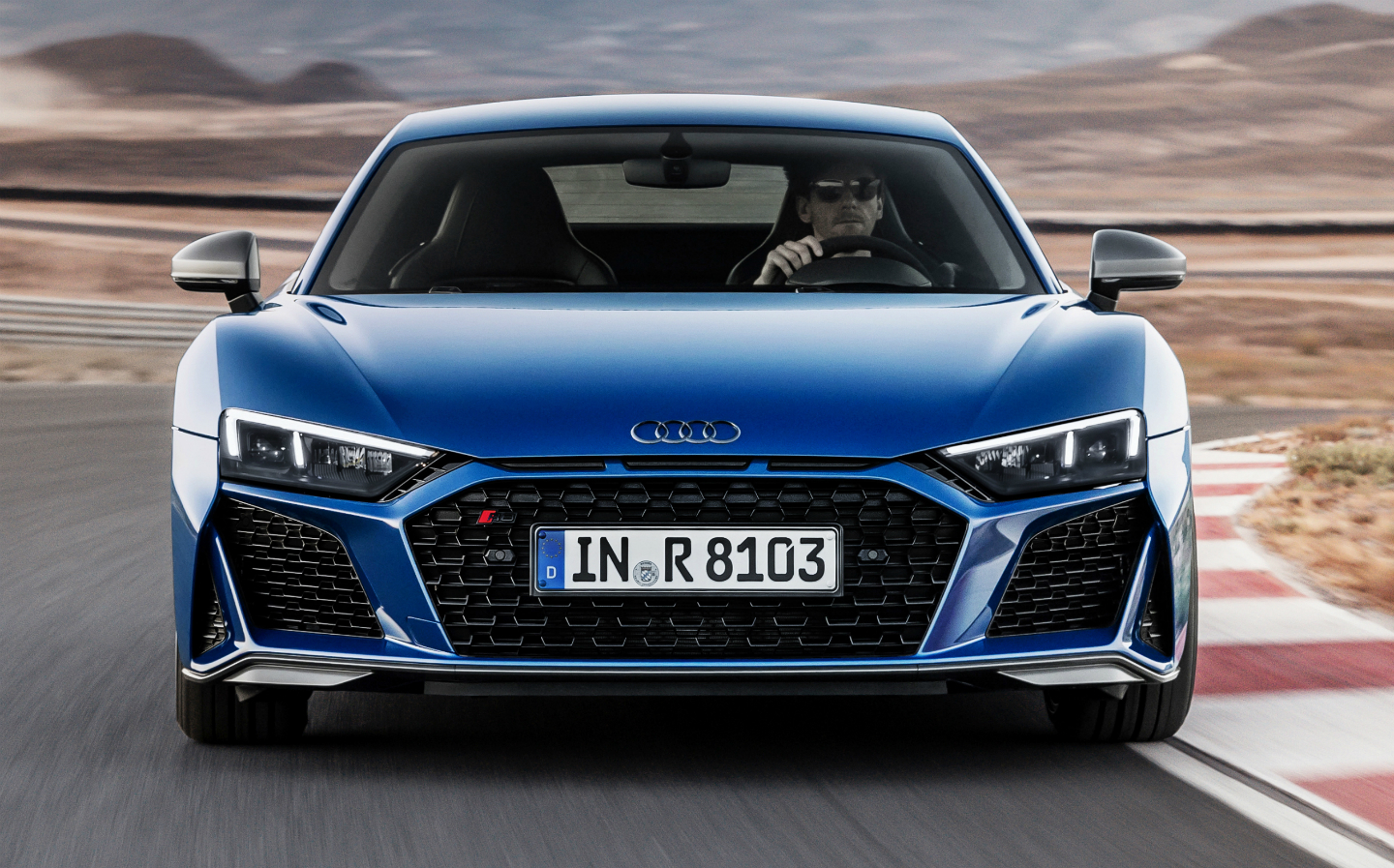 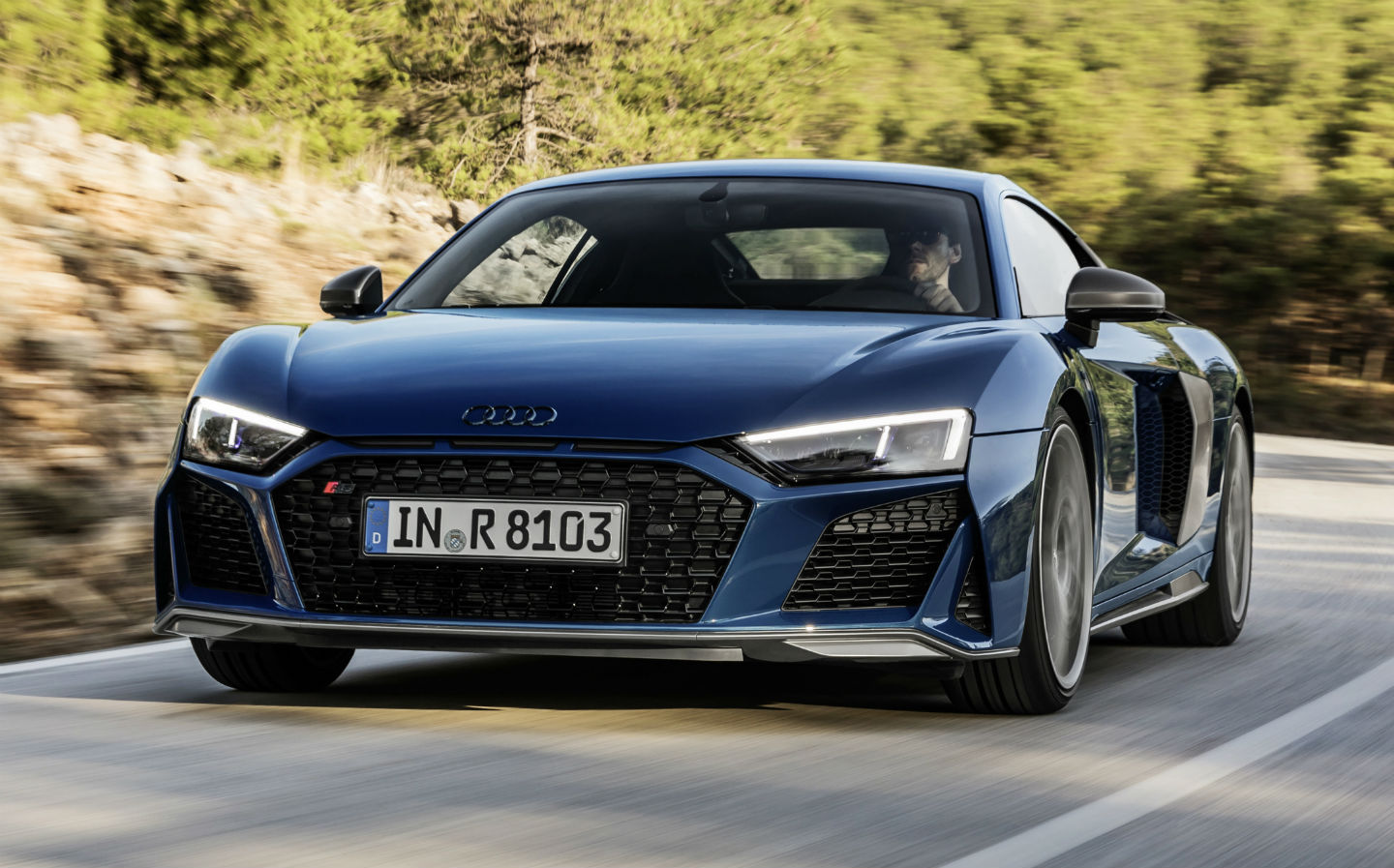 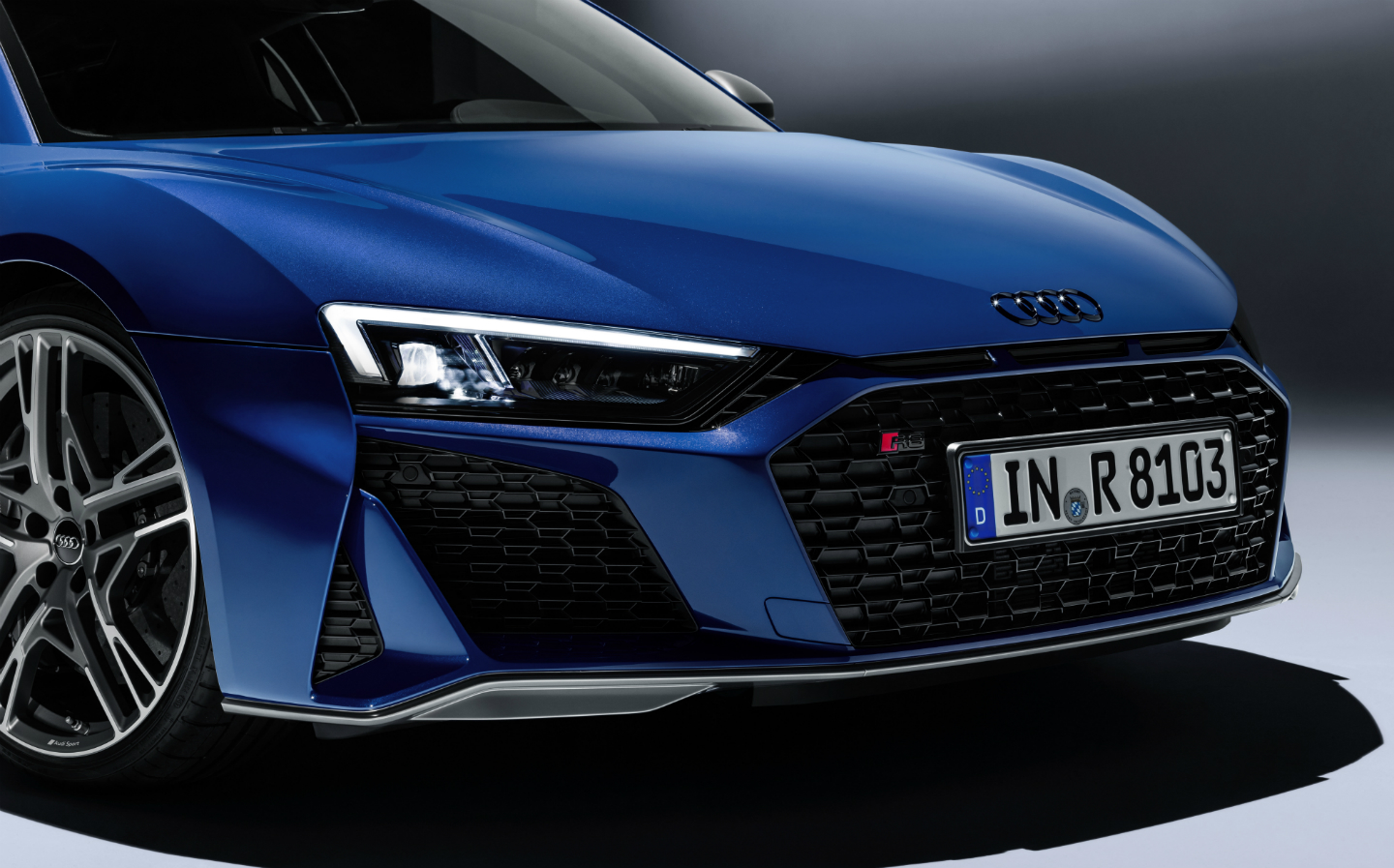 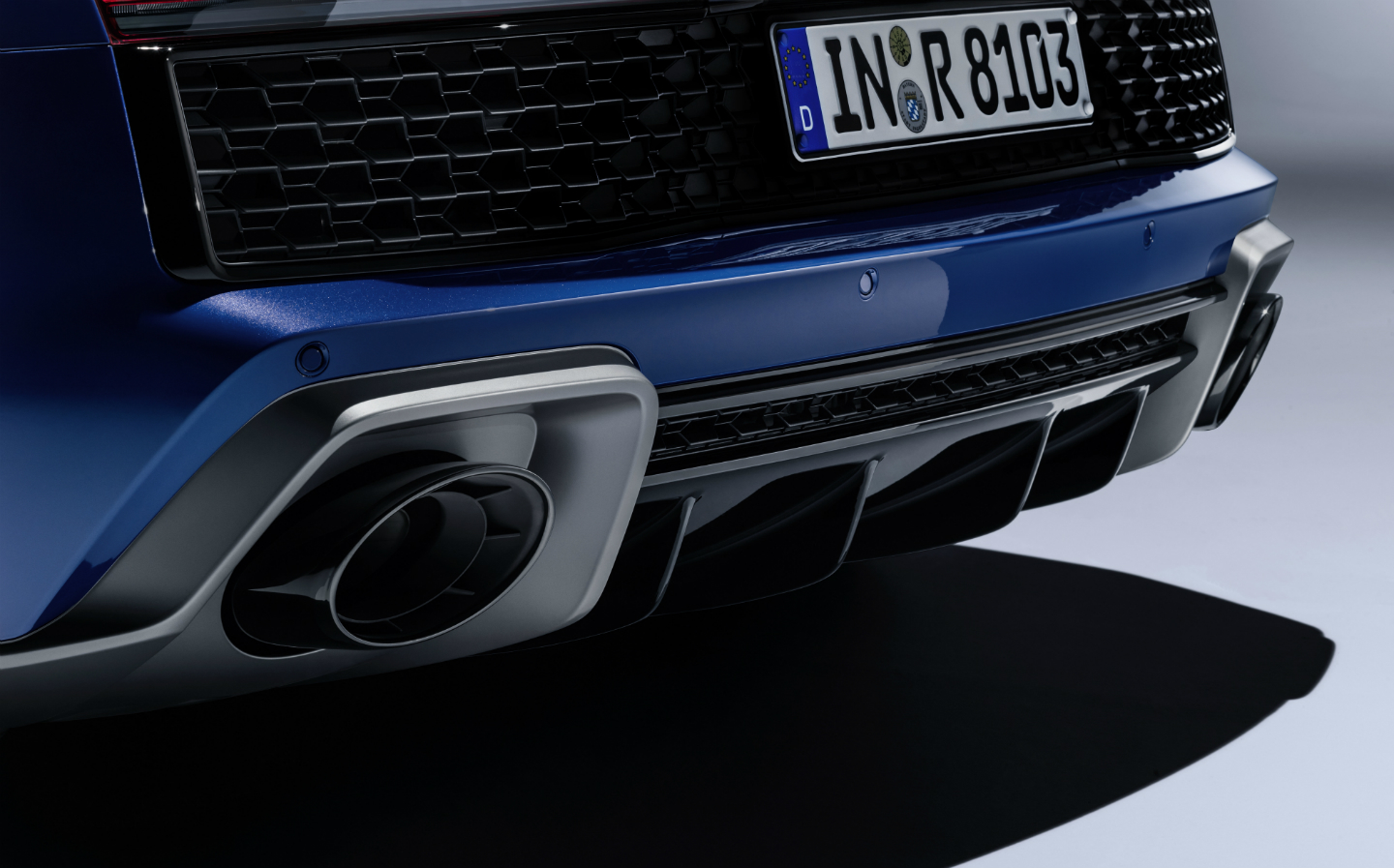 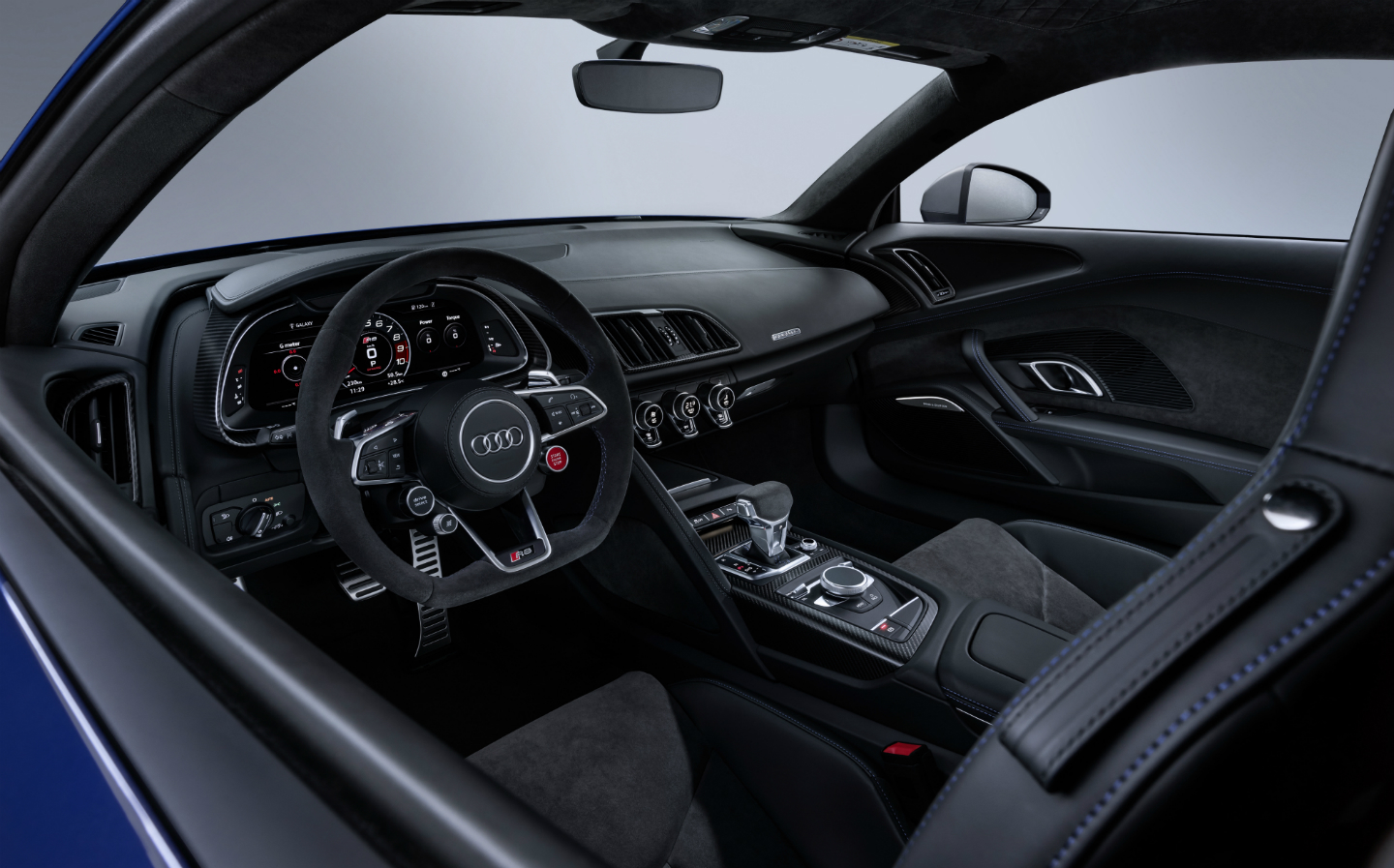 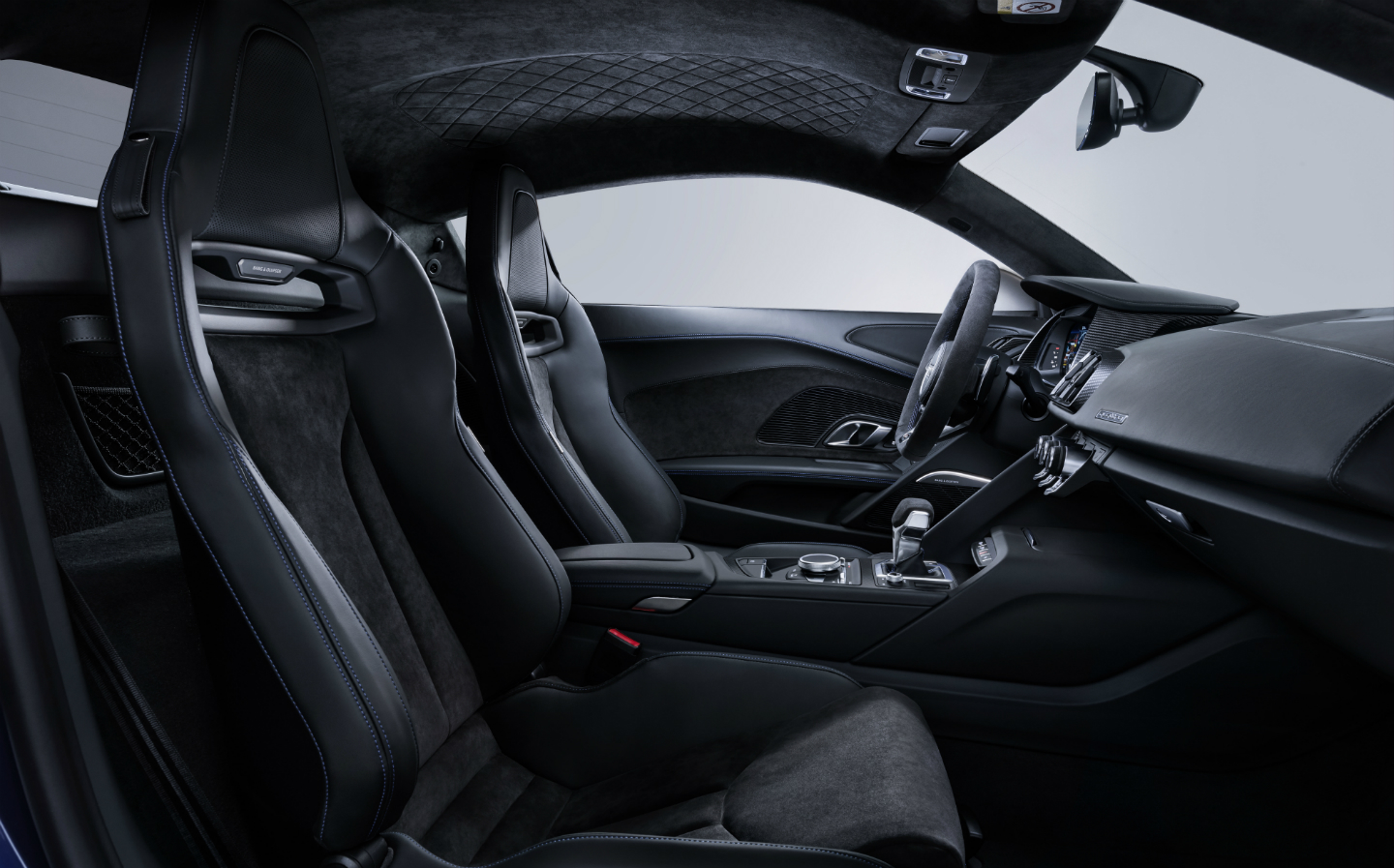 THREE years after the car first went on sale, the second-generation Audi R8 is undergoing a mid-life facelift to help freshen up the firm’s flagship supercar.

The mid-engined R8 is Audi’s halo mode, and only the second supercar the German brand has ever made. It comes in both coupé and convertible bodystyles.

Despite being so performance-focused, the Audi R8 is also known for being comfortable and easy to drive, so you can use it on the commute into work as well as for hooning round a track.

Most of the changes in the facelift are cosmetic, though the under-the-skin adjustments are claimed to make the new Audi R8 faster and better to drive than ever.

What engines will the Audi R8 come with?

The only engine available at launch is a 5.2-litre V10 petrol engine, which in its ‘standard’ guise produces 562bhp and 405 lb ft of torque. Opt for the V10 Performance model, and those outputs increase to 611bhp and 427 lb ft.

All Audi R8 versions come with all-wheel drive, with the sole transmission choice being a seven-speed semi-automatic.

What tech does the Audi R8 have?

Spec levels will be mostly unchanged, though the Audi R8 does have some new additions. Tweaks to the suspension and steering are claimed to make the car better to drive, and buyers will have new “dry”, “snow” and “wet” driving mode settings to play around with.

There’s lots of motorsports-derived tech on the new Audi R8 too, as Audi is claiming half of the parts from the Audi R8 LMS GT3 racer have found their way onto the road car.

When will the Audi R8 go on sale?

The updated Audi R8 will be available to order in early 2019. A release date will be confirmed closer to launch.

How much will the Audi R8 cost?

Prices will be revealed at a later date, though it’s expected there’ll be a modest increase for the updated R8. The current Audi R8 coupé range starts at £126,200, with the Spyder convertible beginning at £134,890.

What are the Audi R8’s rivals?

At this price point, the closest mid-engined competitor to the Audi R8 is the McLaren 540C. If engine placement isn’t a concern, alternatives include the Porsche 911 Turbo and Driving’s 2018 Sports Car of the Year, the new Aston Martin Vantage.