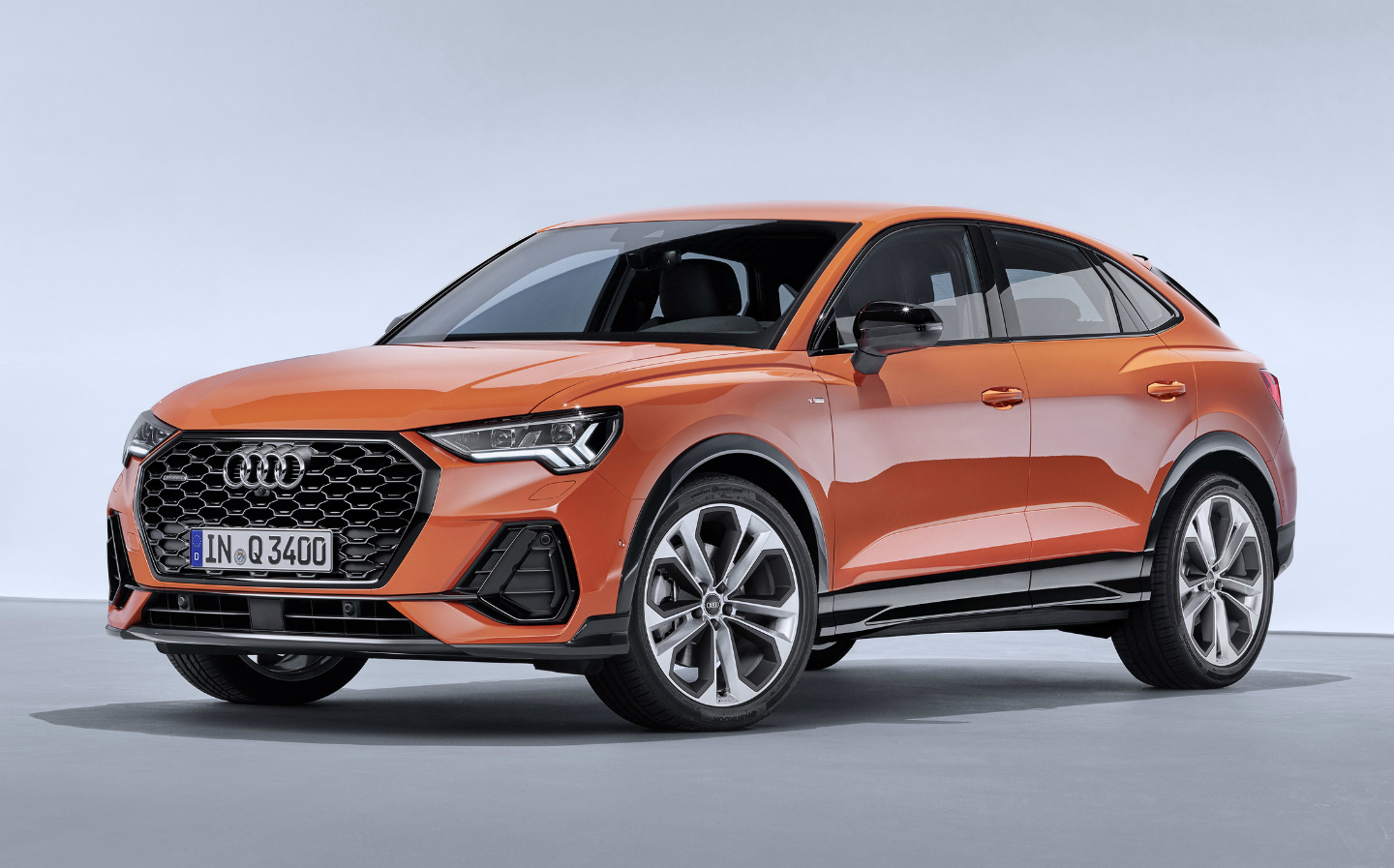 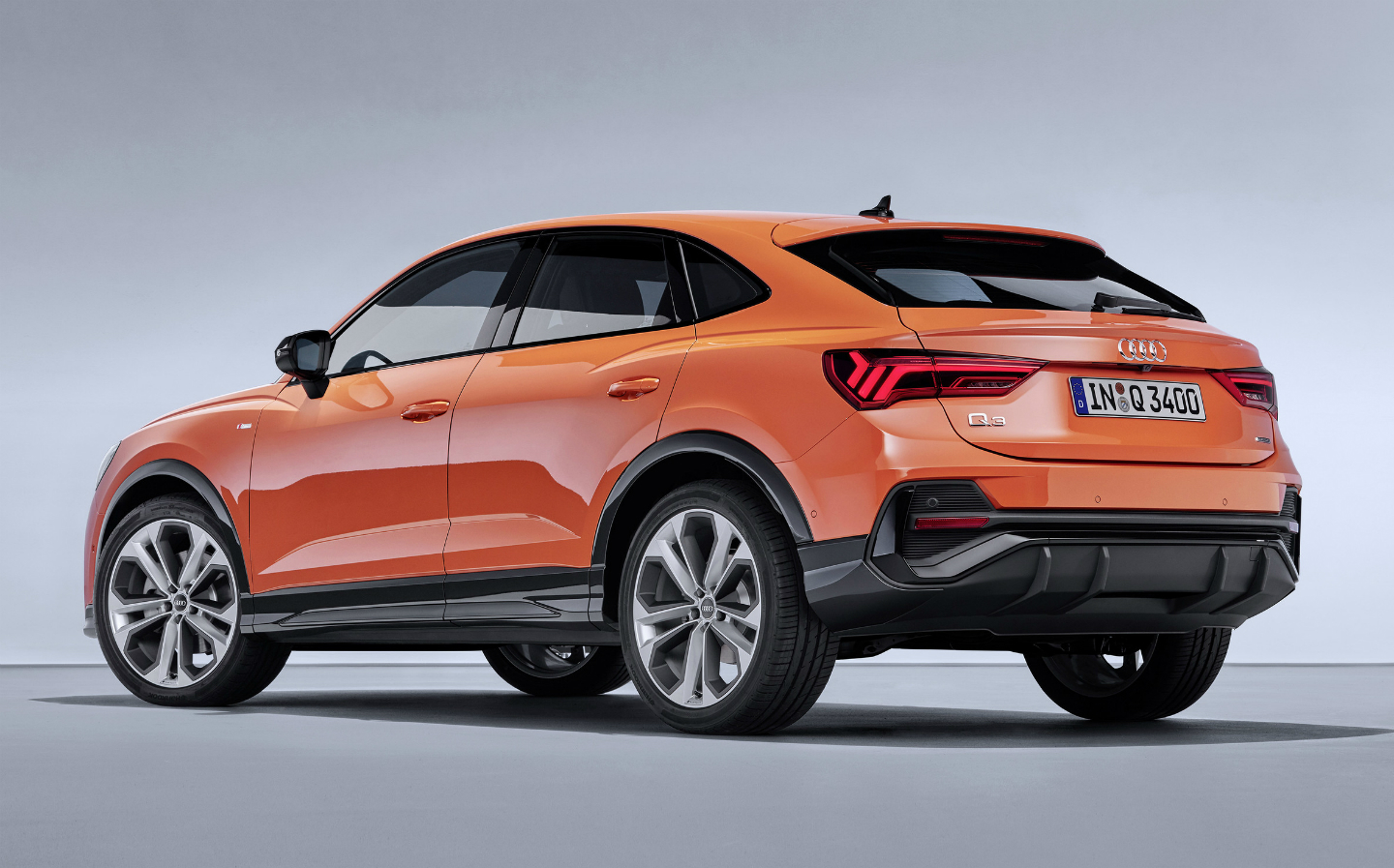 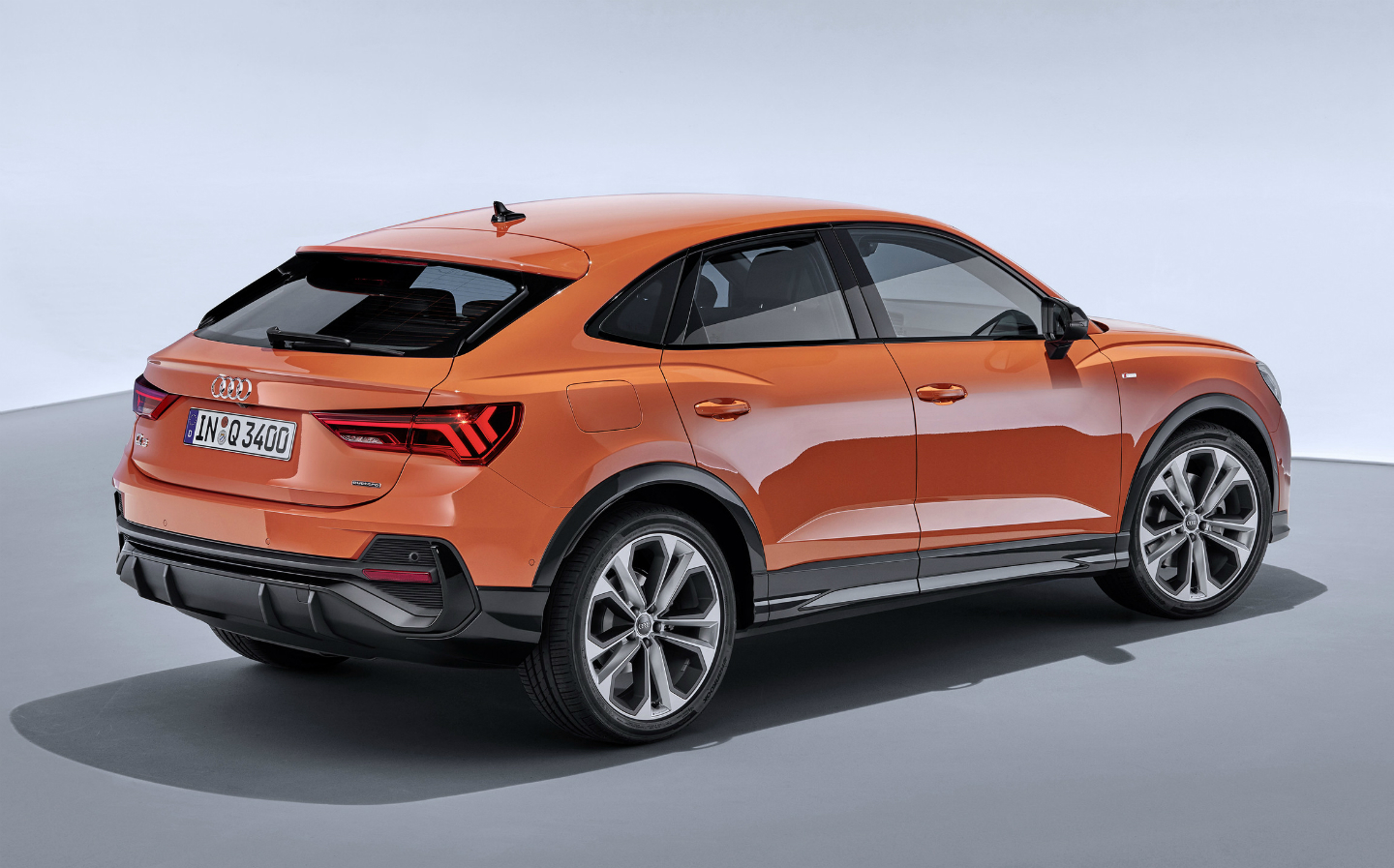 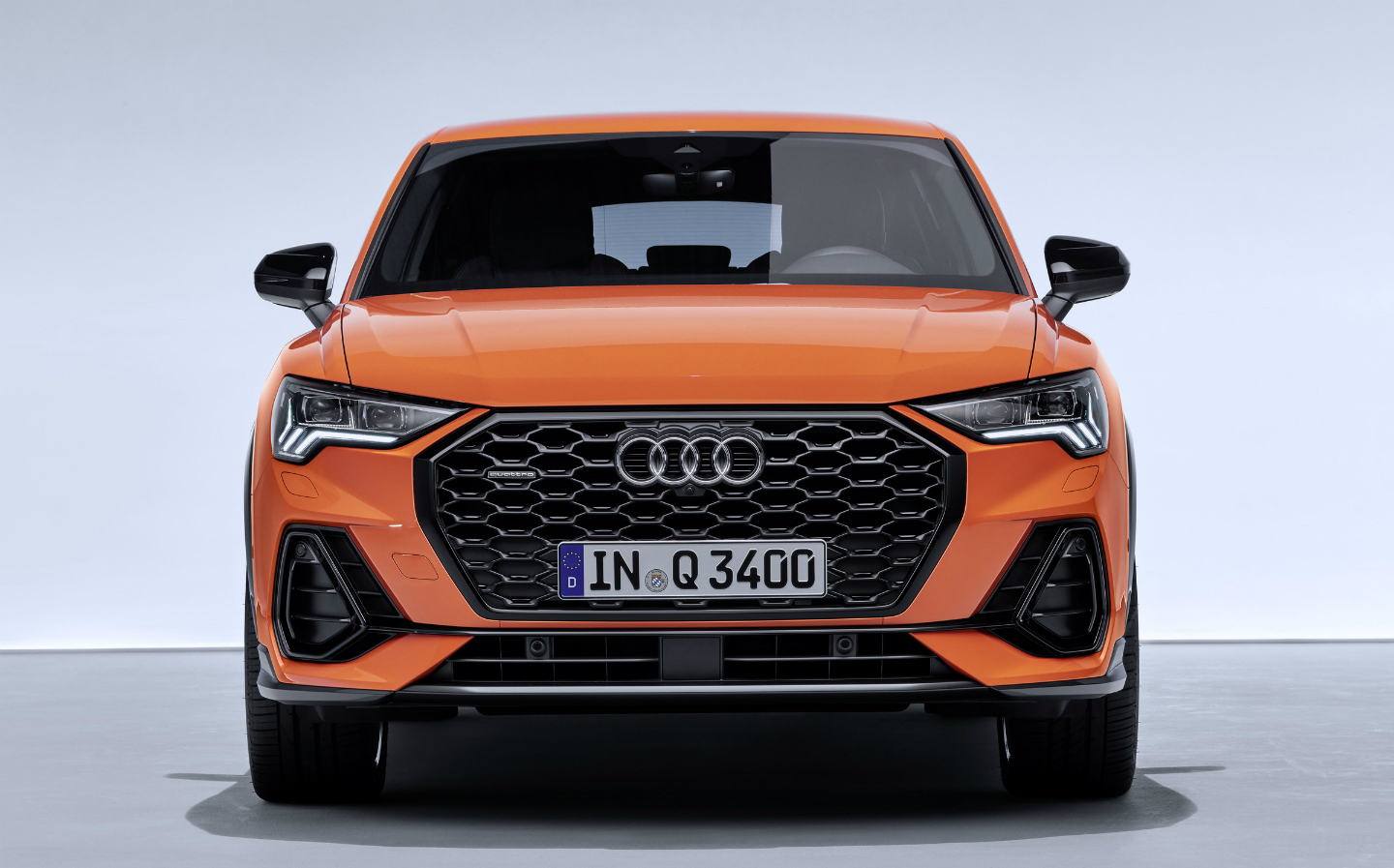 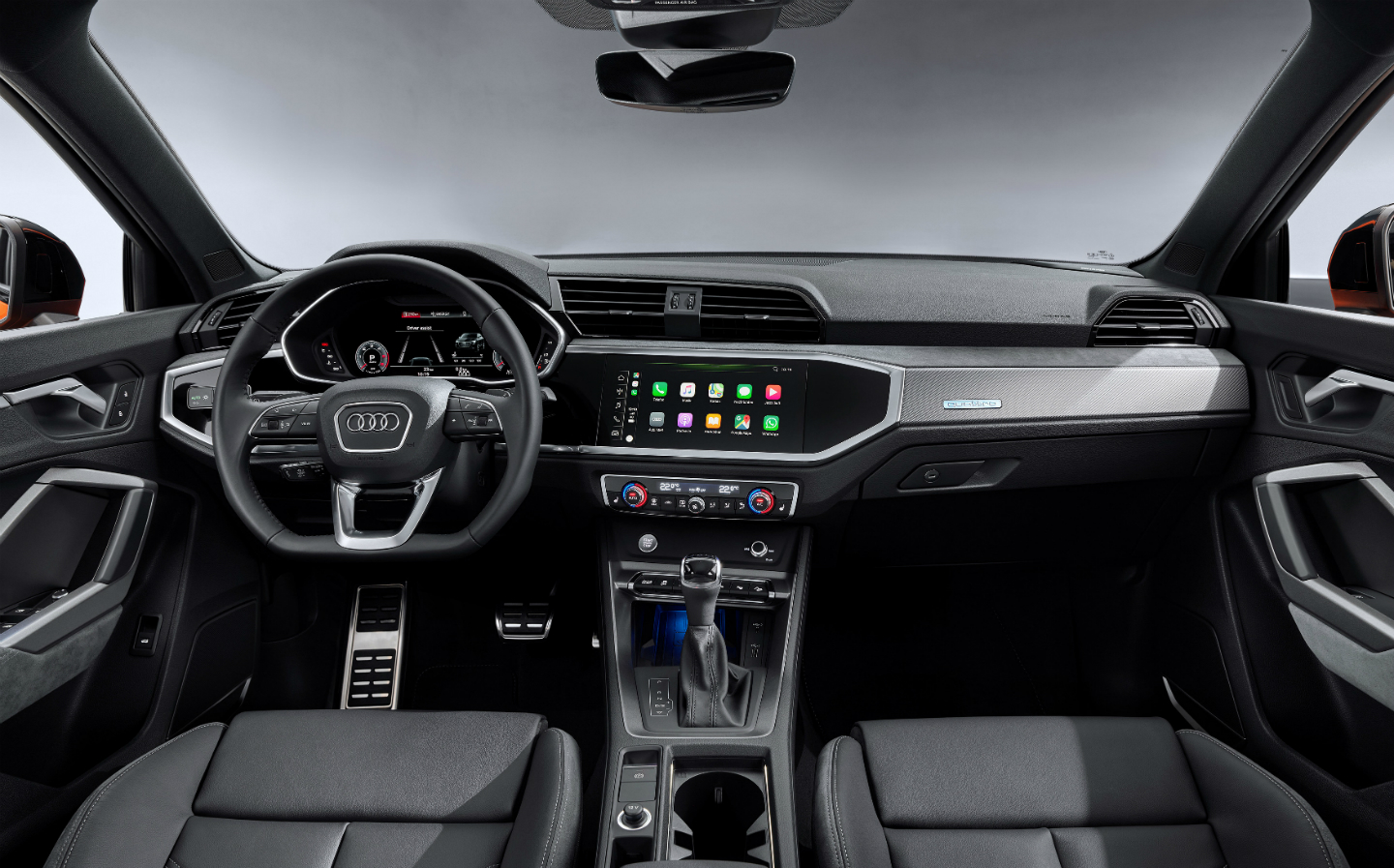 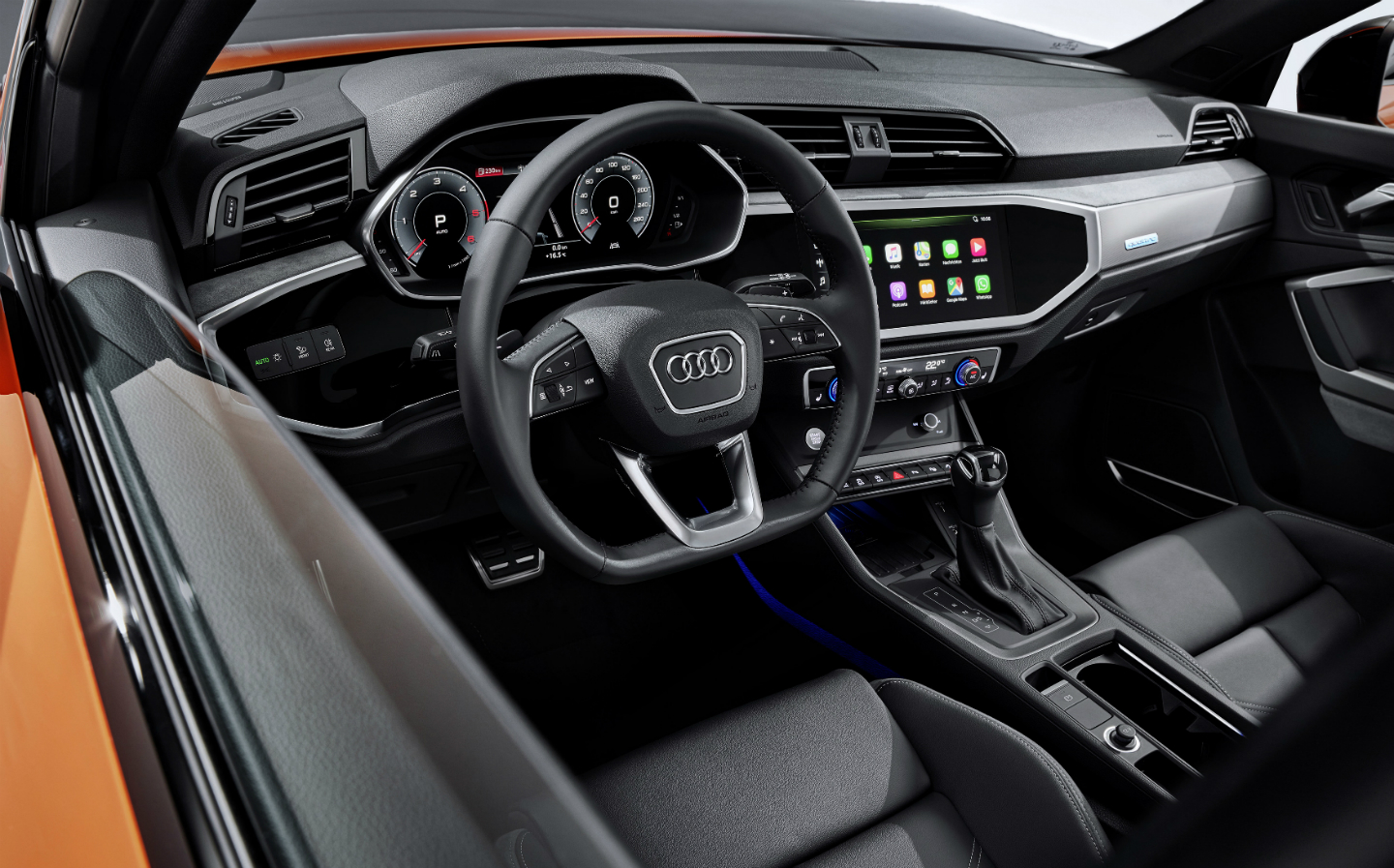 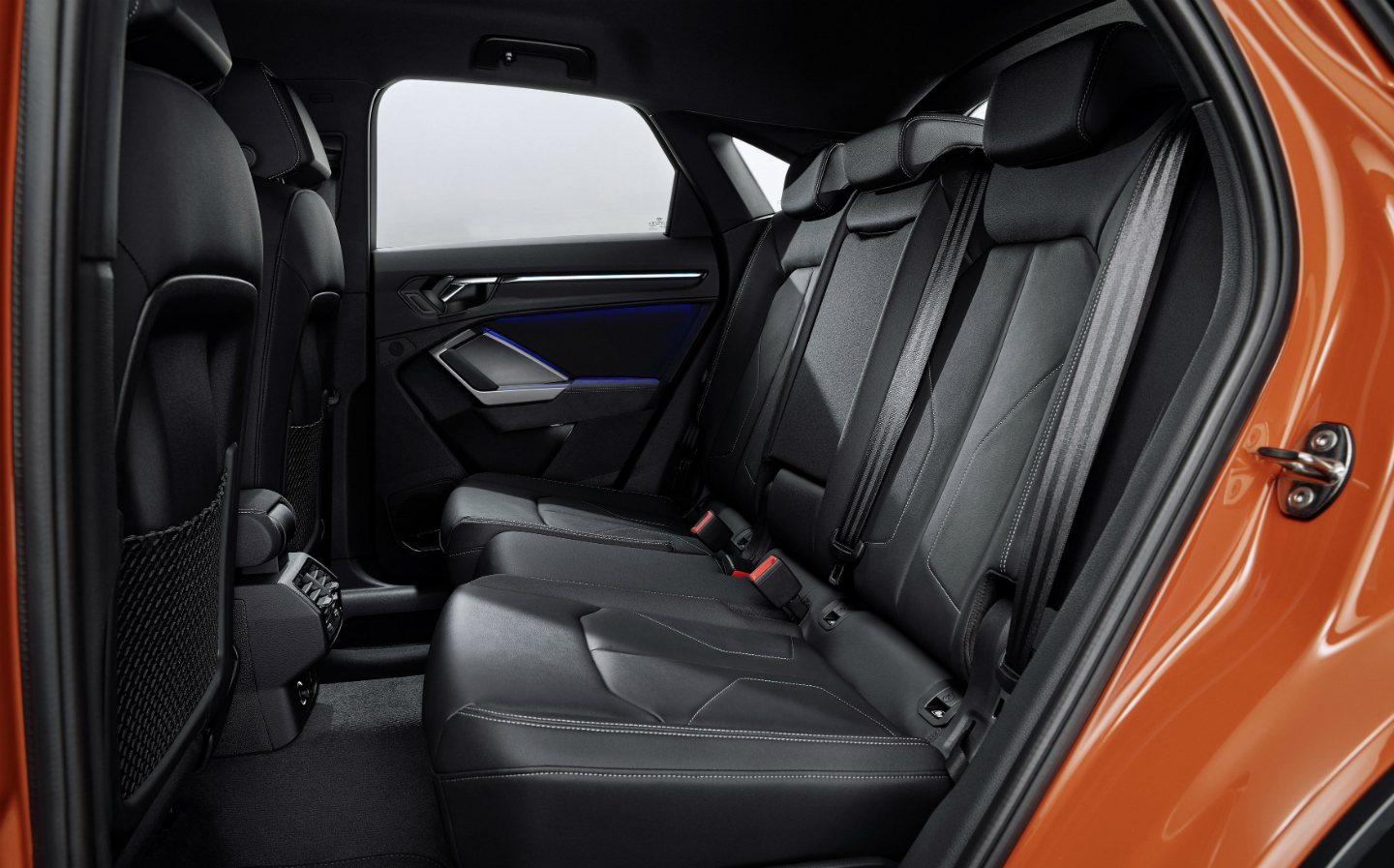 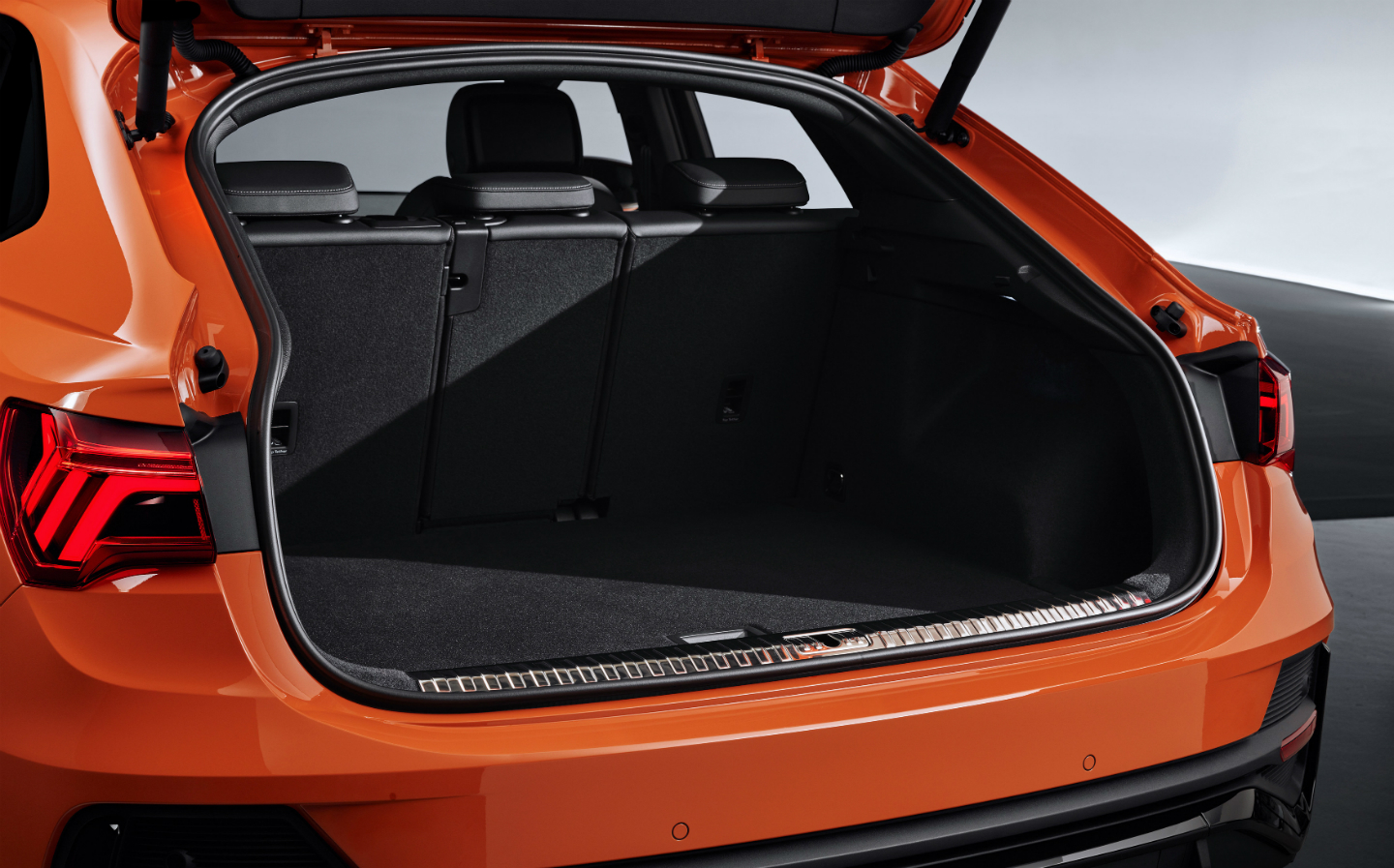 AUDI has added another model to its strong-selling SUV arsenal: the Q3 Sportback.

The Q3 Sportback is the latest model in the German firm’s growing range of SUVs and has been designed to take on other “compact coupé SUVs” such as the BMW X4 and Mercedes-Benz GLC Coupé.

It’s based on the existing Audi Q3, of course, but combines the “high-riding presence and versatility with sleek curves and sharp handling”, in the words of its maker.

While making a coupé version of the regular Q3 seems odd, demand for this style of car is high, the X4 and GCL Coupe being the evidence. What’s more, the regular Q3 is one of Audi’s most popular cars — in the first half of 2019, the Q3 accounted for nearly 10% of Audi’s global sales. A sportier-looking derivative could prove to be a winner.

What engines will the 2019 Audi Q3 Sportback have?

From launch, Q3 Sportback buyers will have a choice of only two engines: a range-topping 2-litre, four-cylinder turbocharged petrol engine that produces 227bhp, or a more economical 2-litre, four-cylinder turbocharged diesel with 148bhp. Both engines will be mated to a seven-speed automatic transmission and front-wheel drive, though the diesel will at a later date be offered with a six-speed manual transmission and all-wheel drive.

Audi has promised it will flesh out the Q3 Sportback’s drivetrain options in due course. A 188bhp 2-litre, four-cylinder diesel with all-wheel drive and a 148bhp 1.5-litre four-cylinder mild hybrid petrol model will be available before the end of the year.

Will there be a hybrid option?

Yes, although the mild hybrid version mentioned above won’t be able to run on battery power alone. Instead, the electric motor will be used to assist the engine under acceleration, helping to reduce fuel consumption. Audi claims that if a Q3 Sportback were fitted with a non-hybrid version of the 1.5-litre four-cylinder petrol engine, it’d use 400ml more fuel every 62 miles.

How spacious is the Audi Q3 Sportback?

It may ride high but the Q3 is not a huge car, as it’s based on the A3 — think VW Golf-level interior space. The Q3 Sportback’s sleek, sloping roofline is also likely to eat into rear headroom, and the 20mm reduction in length compared with the standard Q3 suggests it is likely to be less practical. However, Audi claims the Sportback’s boot is no smaller than the Q3’s: both cars have an identical capacity of 530 litres with the rear seat backs up.

When you fold the rear seat backs down, things change a little. In this configuration, the Audi Q3 Sportback has 1,400 litres compared with the standard Audi Q3’s maximum capacity of 1,525 litres.

What tech will the 2019 Audi Q3 Sportback have?

Audi says its compact crossover will be offered in a choice of Sport, S line, Edition 1 and top tier Vorsprung trim lines. Entry-level Q3 Sportbacks will come with a large 10.1in touchscreen infotainment screen and built-in navigation, as well as safety gear such as a lane departure warning system and autonomous emergency braking.

Driver aids like adaptive cruise control, autonomous park assist and traffic sign recognition will be standard on the Q3 Sportback Vorsprung, and optional on all other Audi Q3 Sportback models.

Audi has confirmed the Q3 Sportback will go on sale some time in August with deliveries beginning in autumn 2019.

UK prices for the Q3 Sportback have yet to be confirmed, though Audi says the car will be around €1,600 (approximately £1,450) more expensive than the standard car. Using this as a reference, expect the Audi Q3 Sportback range from launch in the UK to start at around £34,000 for the diesel model, and about £39,000 for the petrol variant.

The Audi Q3 Sportback’s closest rivals will be the BMW X4 and Mercedes-Benz GLC Coupé. For buyers who are after striking looks and don’t have too much of a preference for a swooping coupé roofline, alternatives to the Audi include the Lexus UX, Range Rover Evoque and Volvo XC40.