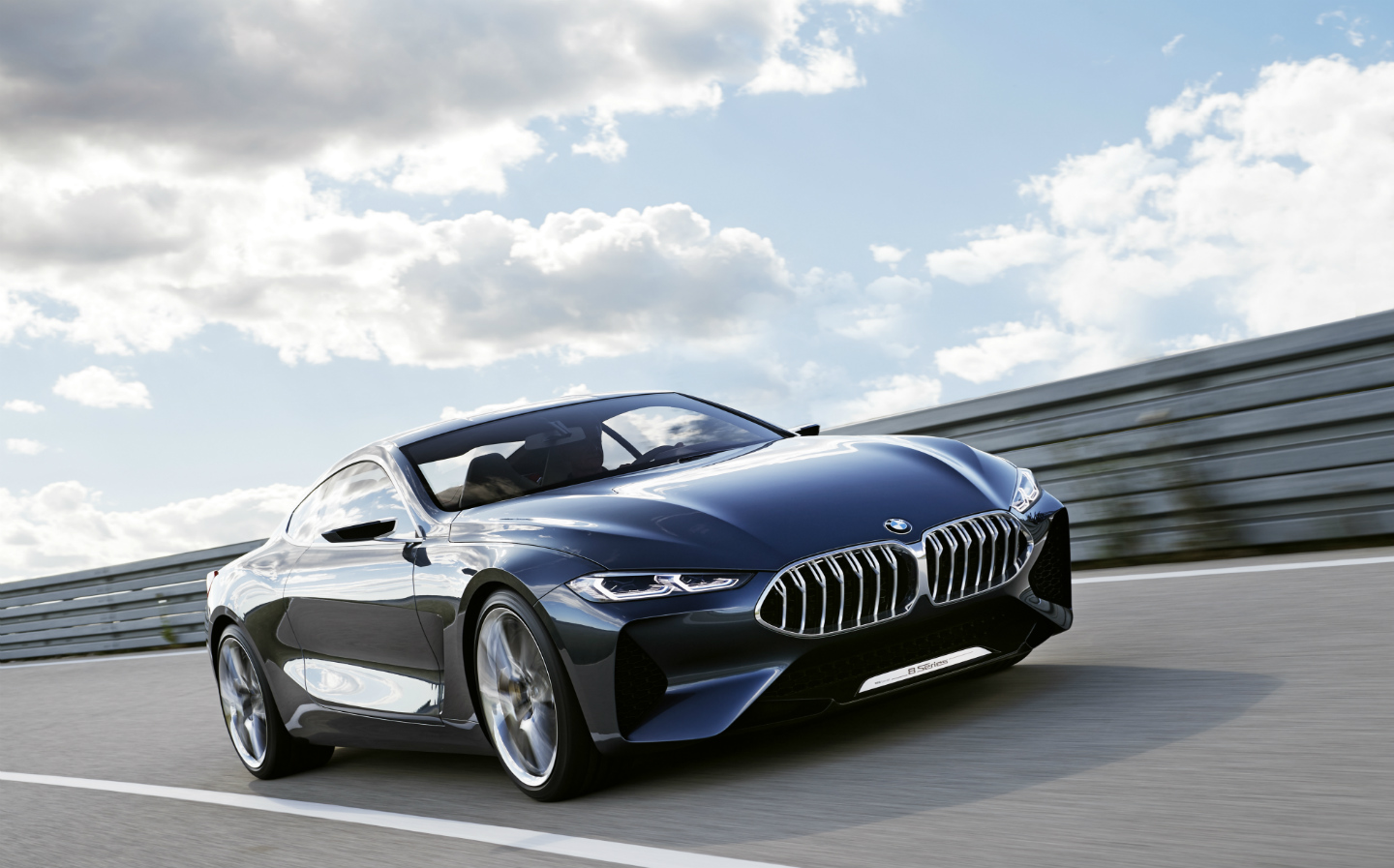 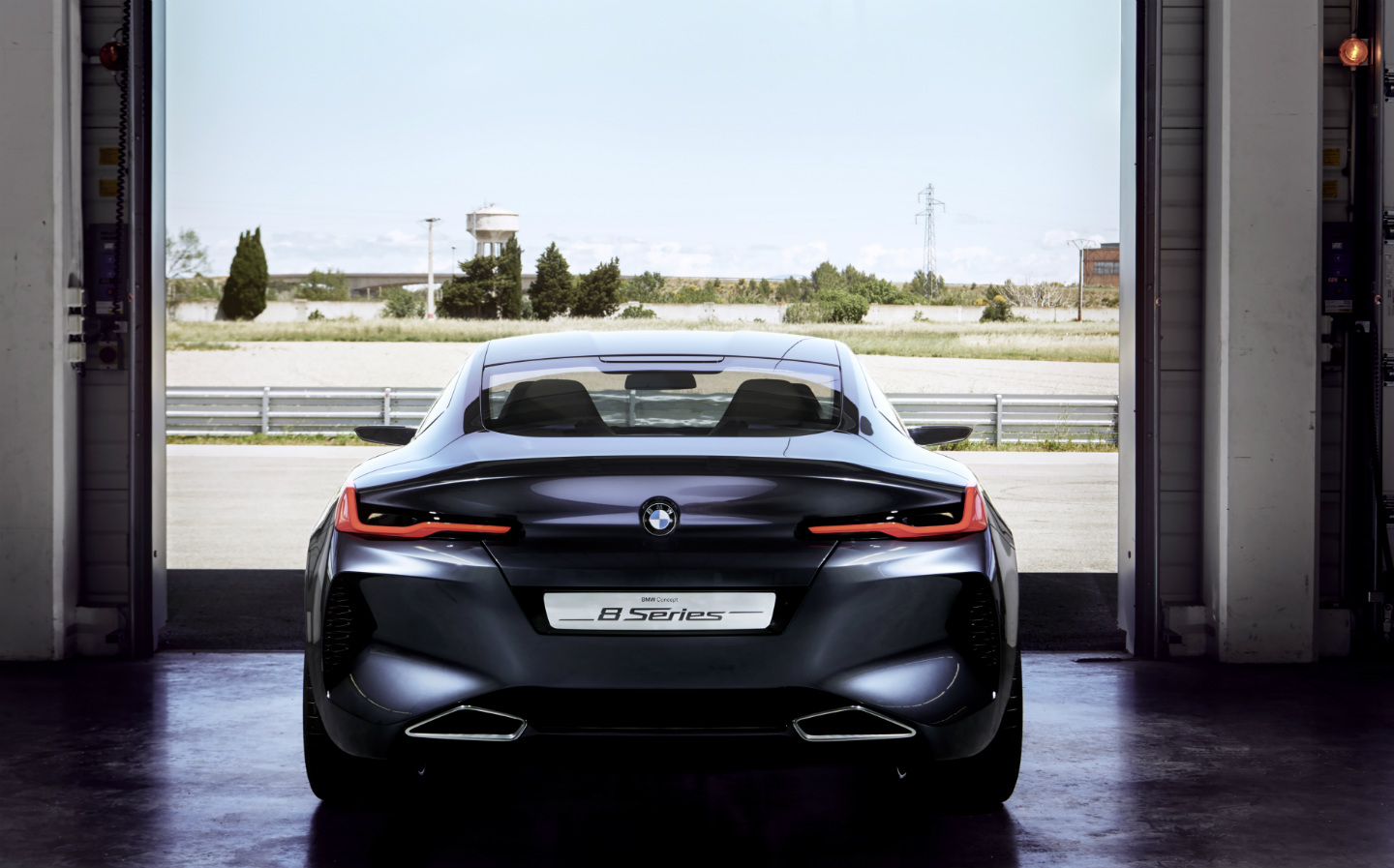 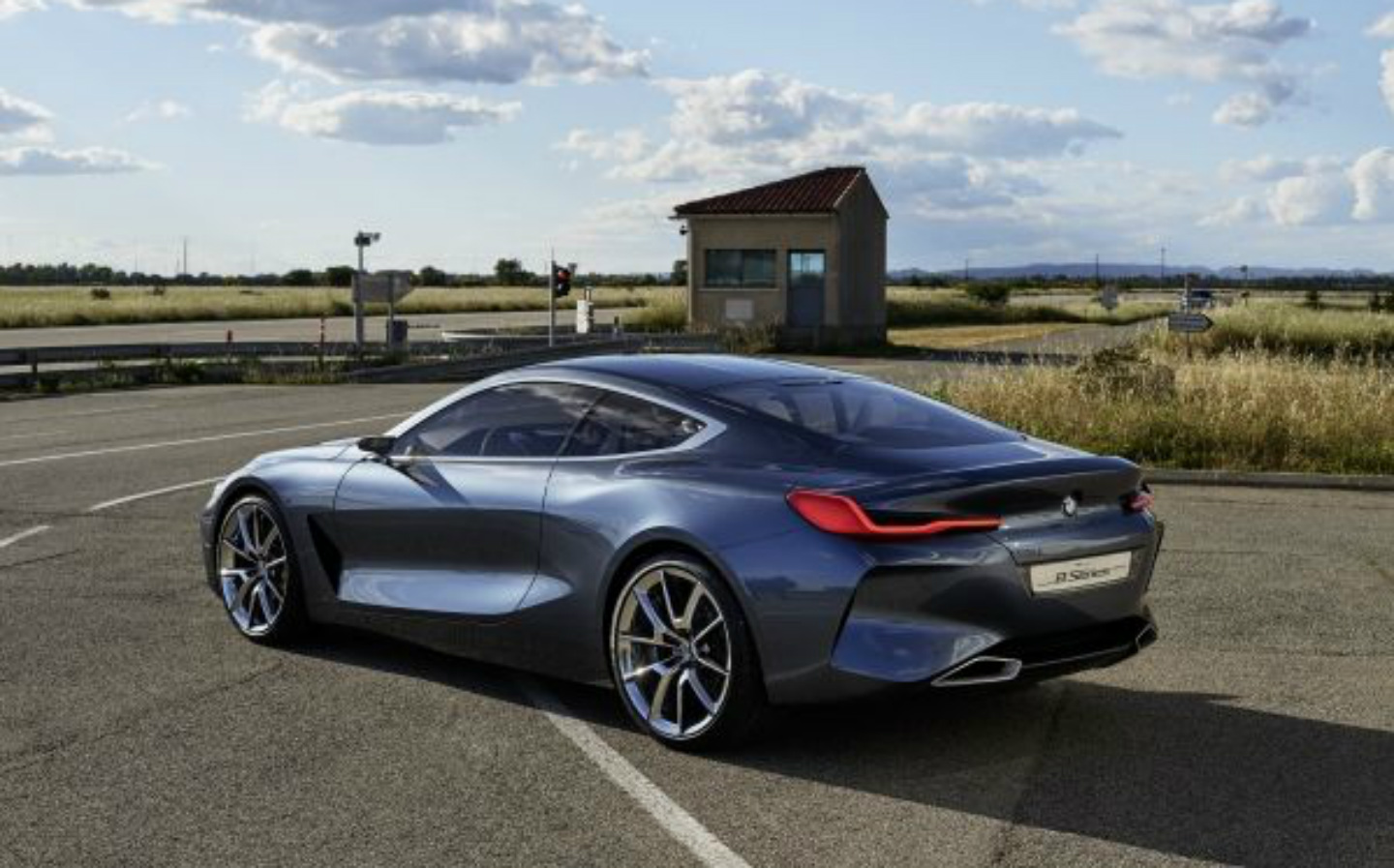 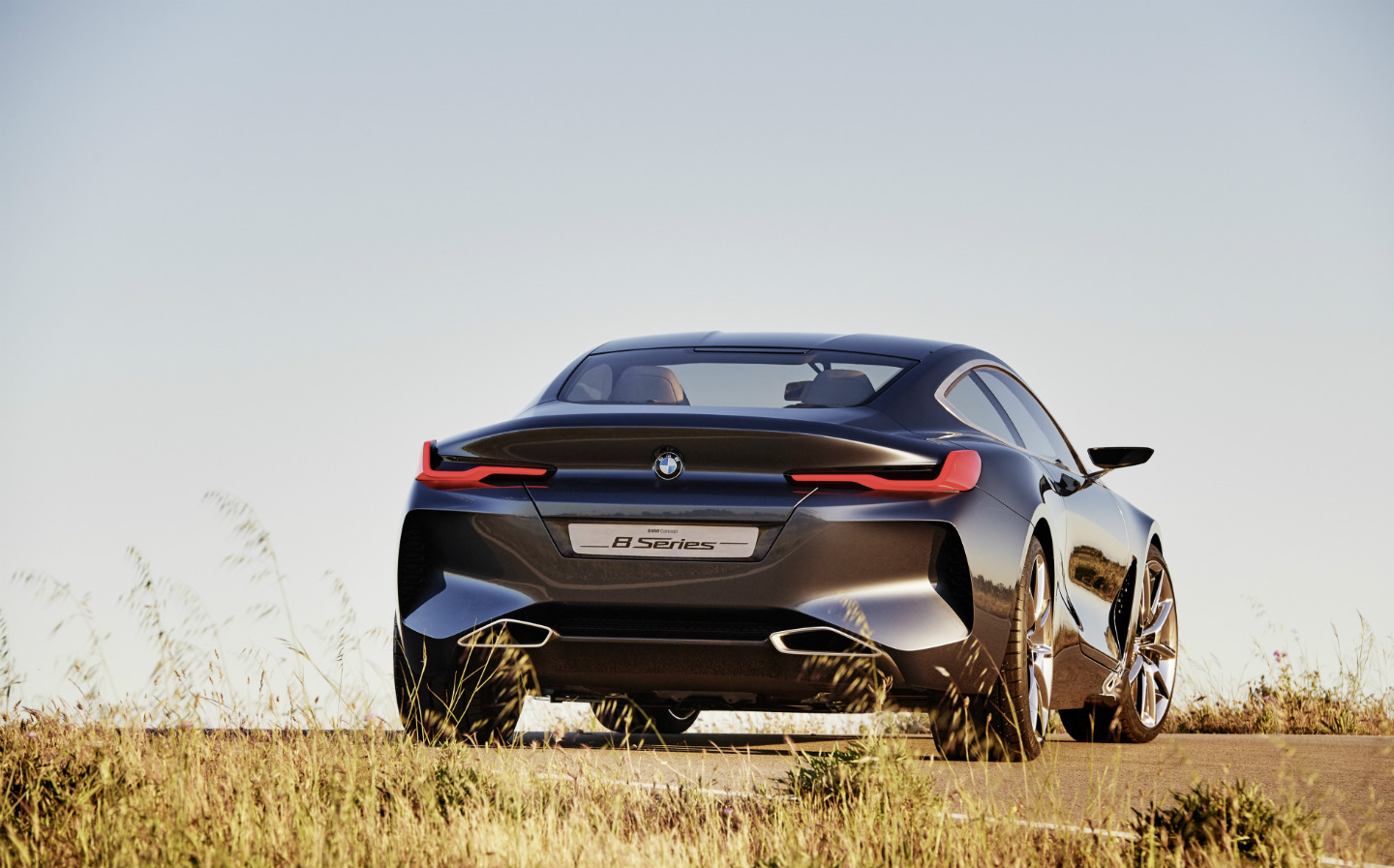 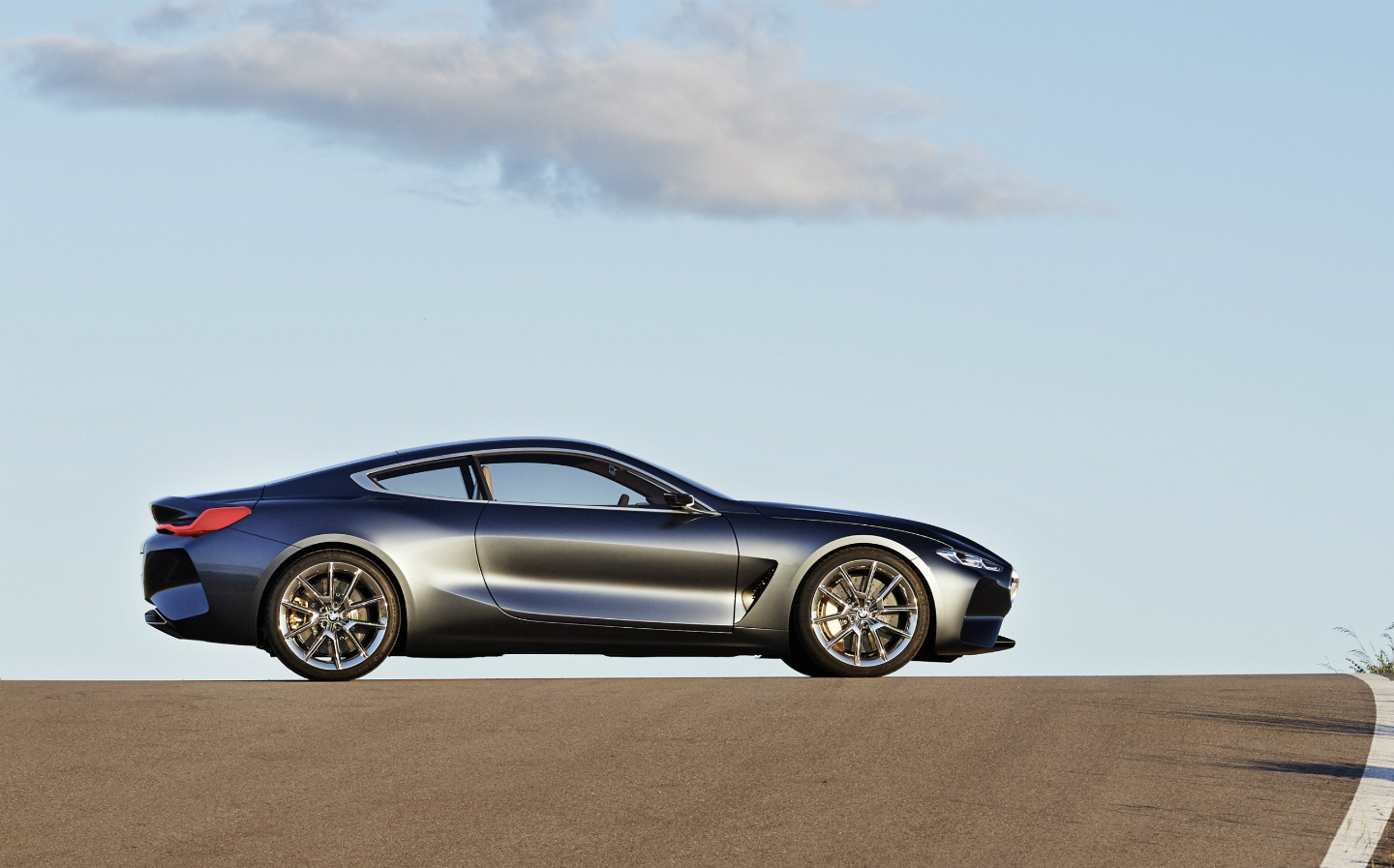 BMW is preparing to launch its most luxurious coupé yet, with a new 8-series that will join the German car maker’s range of models late next year. It follows in the tyre tracks of the original 8-series, launched in 1989.

Revealed as a prototype yesterday, on the shores of Lake Como at the Villa d’este classic car concours show, the Concept 8-series is a four-seat coupé that gives a clear preview of the showroom model that will take on the Mercedes S-Class. In 2019, a coupé-convertible version will follow the coupé onto the road.

The new model introduces a different design aesthetic for BMW. It “provides a fresh interpretation of iconic BMW styling cues,” says Adiran van Hooydonk, the head of design at BMW. “And it also showcases a new approach to the use of forms which is reflected particularly prominently in the car’s surfacing… these elements make a forceful statement and create a model brimming with character. In short, this is a driver’s car.”

It will be positioned and priced above the current 6-series. BMW’s top brass say they intend to launch more models into the luxury end of the car market.

The 8-series will be built on BMW’s latest rear-wheel drive platform, albeit with its own wheelbase and track dimensions to help give the car a low, sleek stance.

Among the hi-tech chassis features set to appear on the flagship is a double wishbone front suspension with constantly variable air springs all round, as well as rear-wheel steering, which are hoped to ensure the car rides comfortably and is agile to drive. Four-wheel drive will be an option.

The engine range is expected to include six-cylinder, V8 and V12 petrol units, and a six-cylinder diesel.