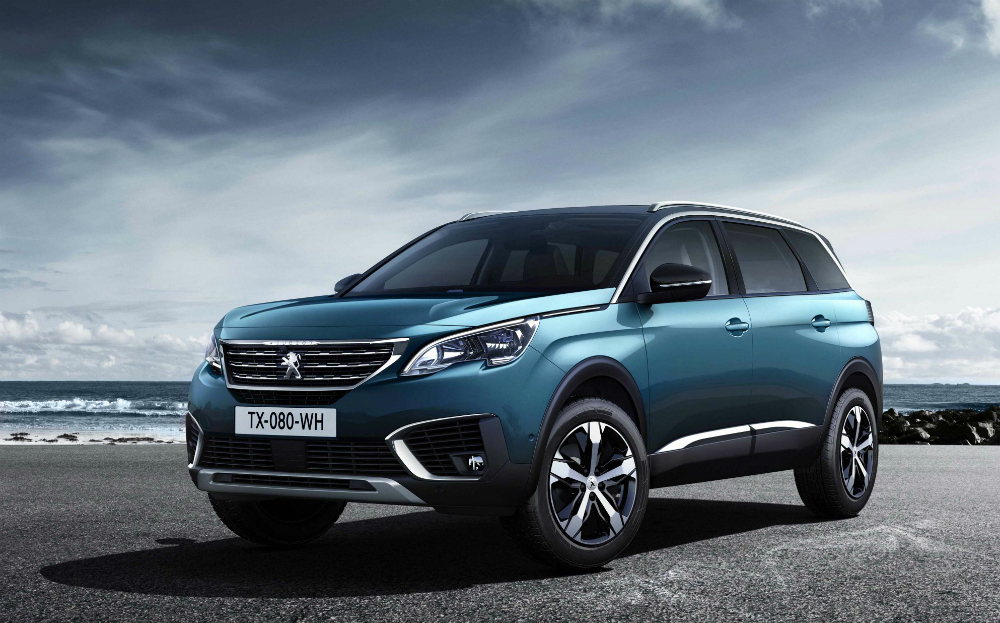 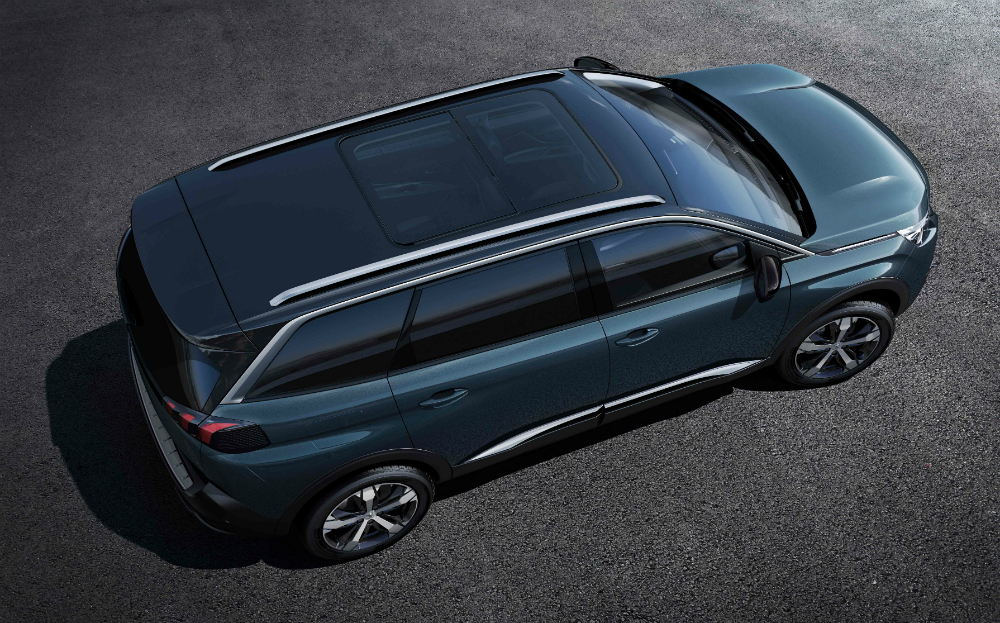 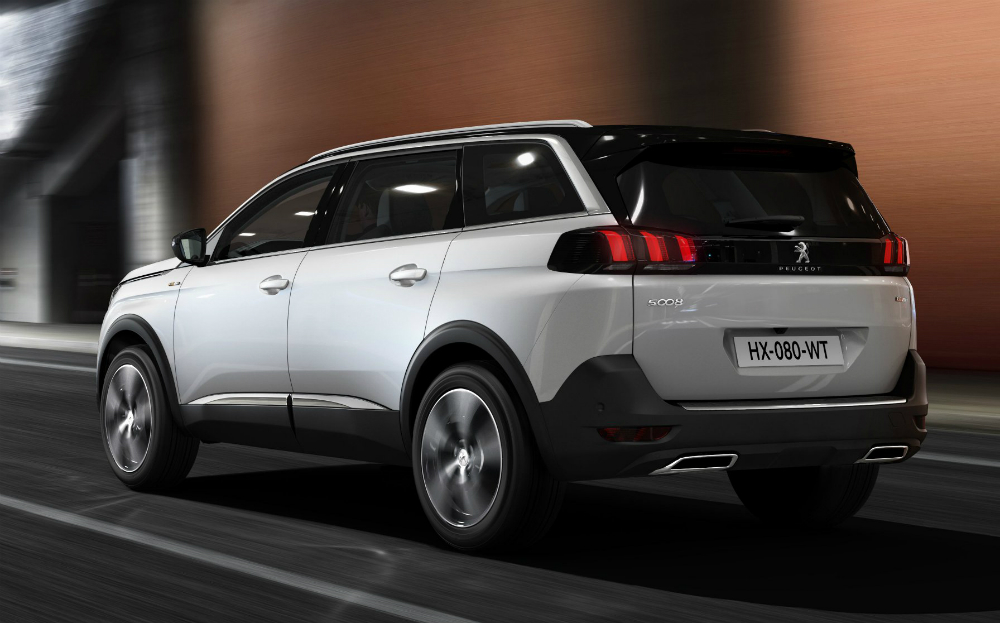 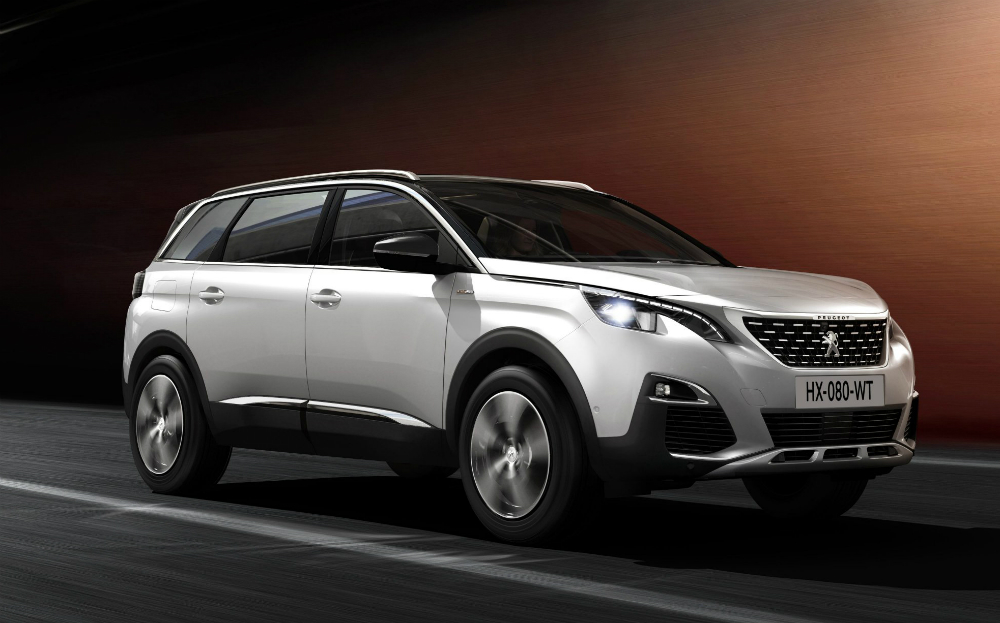 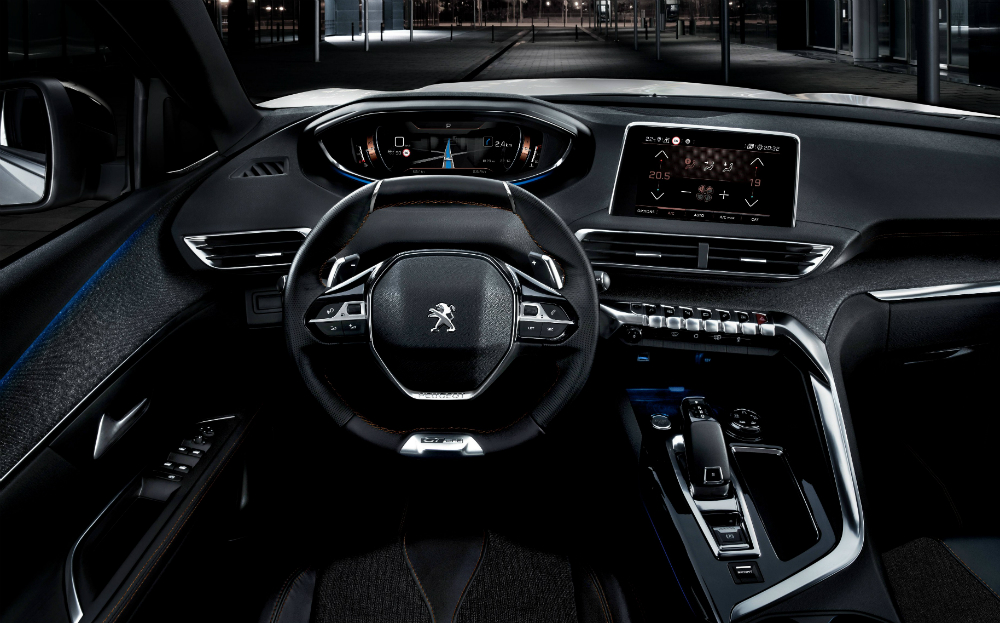 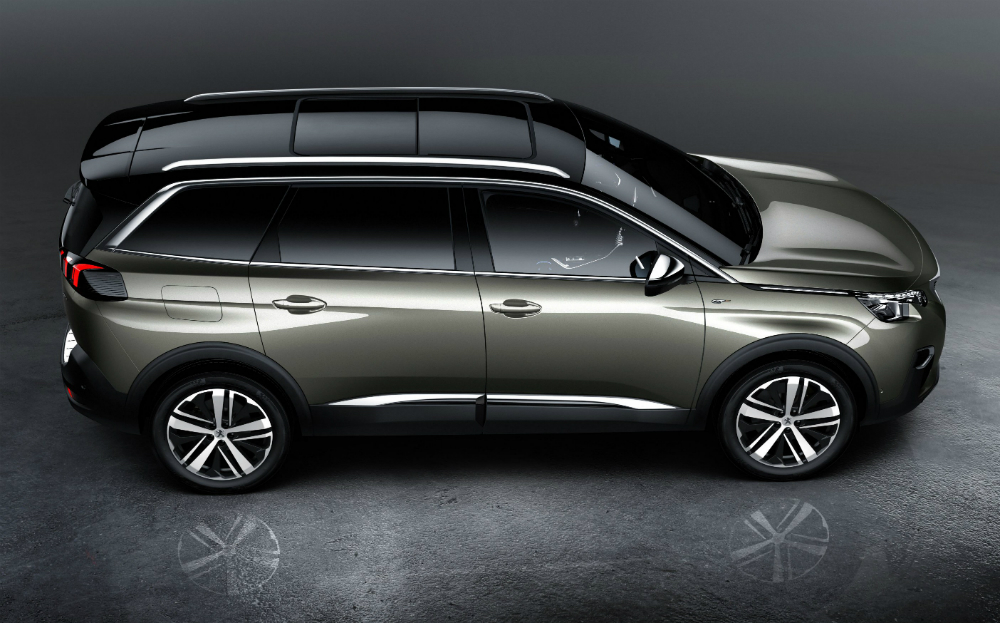 IF YOU can’t beat them, join them, the saying goes. And with the launch of the new Peugeot 5008, it appears that the French car maker has admitted that people carriers are yesterday’s news; the latest model has had a dramatic makeover, ditching its people carrier vibe and instead looking ready for a spot of rough and tumble.
However, while the sharp-looking SUV gets the looks of an off-roader, it won’t have four-wheel drive. But what the new 5008 might lack in go-anywhere off-roading ability, it should more than make up for where practicality is concerned, as all cars will come with seven seats as standard.
The new 5008 will go on sale in Britain in the Spring, priced from around £24,000. Its job is to appeal to buyers of competitor models, including the Hyundai Santa Fe, Kia Sorento and Nissan X-Trail.

Cabin space will be much improved over the outgoing model, as the new 5008 is a useful 11cm longer and wider than before. Peugeot claims second-row passengers will get an extra 60mm of leg room. Despite all this, the 5008 will be one of the shortest contenders in its class.
As with most rival seven-seaters, the second row of seats can slide back and forth or be folded flat altogether, while the third row folds into the boot floor. Where the 5008 scores is with the available boot space when just the third row is folded flat; Peugeot claims a class-leading 1,060 litres can be accommodated. And in case that’s not enough, a folding front passenger seat can be specified, allowing it to carry items over three metres long – perfect for Britain’s army of weekend DIY enthusiasts.

Carried over from Peugeot’s smaller models is the i-Cockpit design which sees a shrunken steering wheel, simplified dash with an eight-inch touch-screen display, plus an impressive 12.3-inch high-resolution head-up display.
Powertrains are borrowed from elsewhere within the PSA group and all feature stop/start. The 130bhp 1.2-litre PureTech petrol unit is rated at just 117g/km with a six-speed manual gearbox (120g/km in six-speed auto form), while the 165bhp 1.6 PureTech is offered in six-speed auto form only, rated at 133g/km.
Diesel fans can choose between 1.6 and 2.0-litre BlueHDi engines. Cleanest of the lot is the 106g/km 1.6 BlueHDi 100 in five-speed manual guise, while the 1.6 Blue HDi 120 are rated at 108g/km in six-speed manual form or 112g/km as a six-speed auto. The 2.0 BlueHDi comes in 150bhp six-speed manual form (118g/km) or 180bhp six-speed auto form (124g/km).
There will be four trim levels offered – Active, Allure, GT Line and GT. Prices and specifications have yet to be revealed but options will include massaging front seats, a Focal premium sound system and an opening panoramic glass roof, along with an electric tailgate that can be opened or closed by waving a foot under the rear bumper.
The 5008 won’t be lacking in safety tech either, as the raft of available driver assistance systems will include Advanced Grip Control, Hill Assist Descent Control, Auto Emergency Braking, Distance Alert, Active Lane Keeping Assistance, Driver attention warning, Smart Beam Assist, Speed sign recognition and speed suggestion, Adaptive cruise control, Active blind spot monitoring, Park Assist and Visio Park (360° vision).
Perhaps the most interesting option will be an electric bike and electric scooter, offered as 5008 options. When stored in the car they can be recharged.

Browse the used Peugeot 5008 people carriers for sale on driving.co.uk