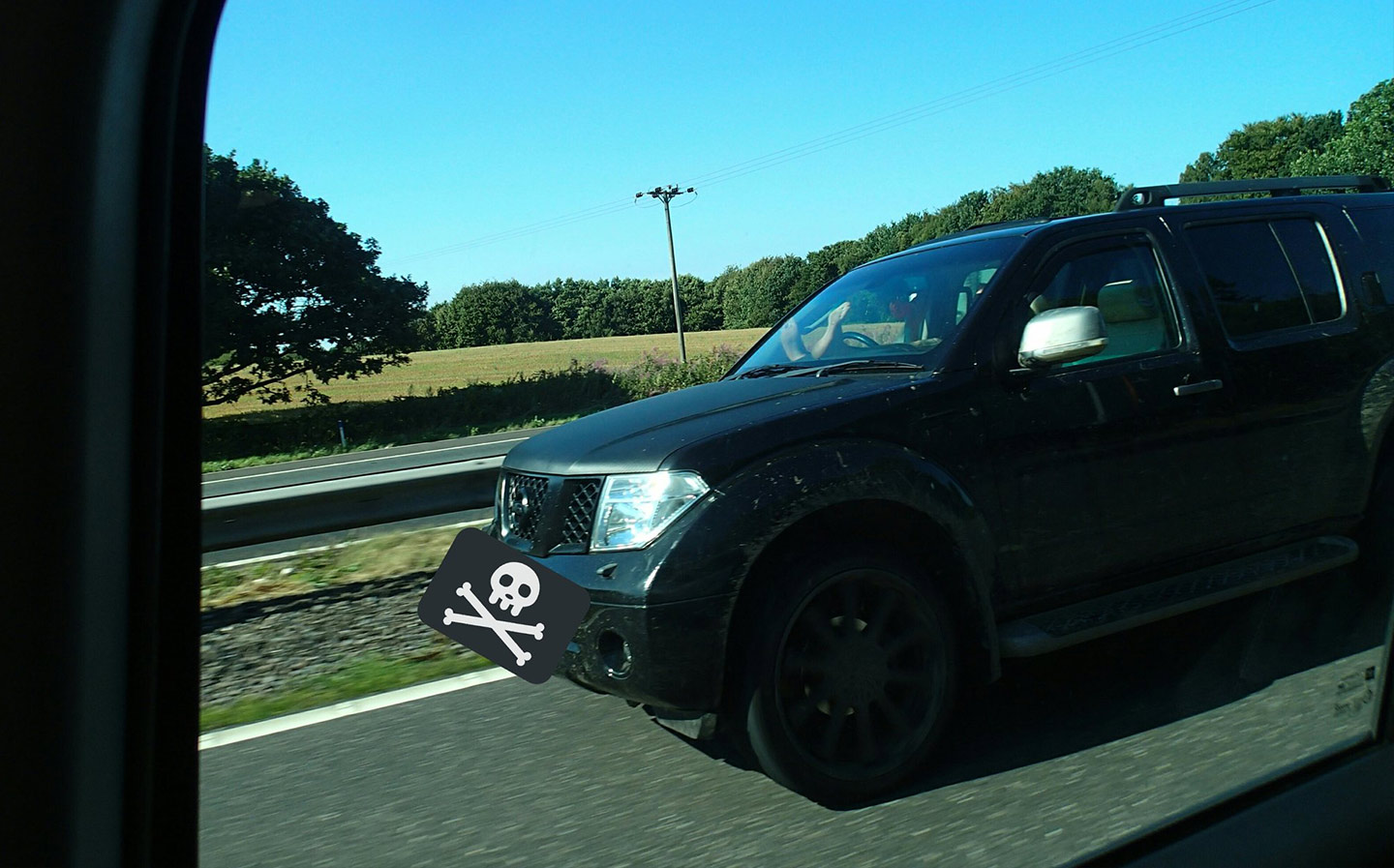 POLICE are used to stopping drivers for putting their foot down but Devon and Cornwall road cops were more taken aback by a driver they snapped in the outside lane of the M5 with his feet up… on the dashboard.

An aghast officer from the joint county Roads Policing Team posted images of the driver on Twitter, referencing lyrics by rock band Pink Floyd: “In all my years of policing I have never seen before, Someone more deserving the full penalty of law.”

Cruise control taken to a whole new level. Driver snapped in lane 3 (yes the fast lane) of the M5. With apologies to the mighty @pinkfloyd “In all my years of policing I have never seen before, Someone more deserving the full penalty of law”!! ? Sgt B pic.twitter.com/cA3w7CGw4N

The images appear to show both of the motorist’s bare feet touching the windscreen, ahead of the steering wheel.

Other Twitter users branded the driver “stupid”, “ridiculous” and “dangerous”.

That brings a whole new meaning to the word stupid…..without switching to any profanities of course!! pic.twitter.com/bPMnZbIf6I

Others wondered what might happen in the event of an accident.

Just imagine the airbag activating in that position? Instant castration?

And of course, some could help but notice the police using the term “fast lane” to describe lane 3 of the motorway.

As a matter of fact, they’re all fast. ?