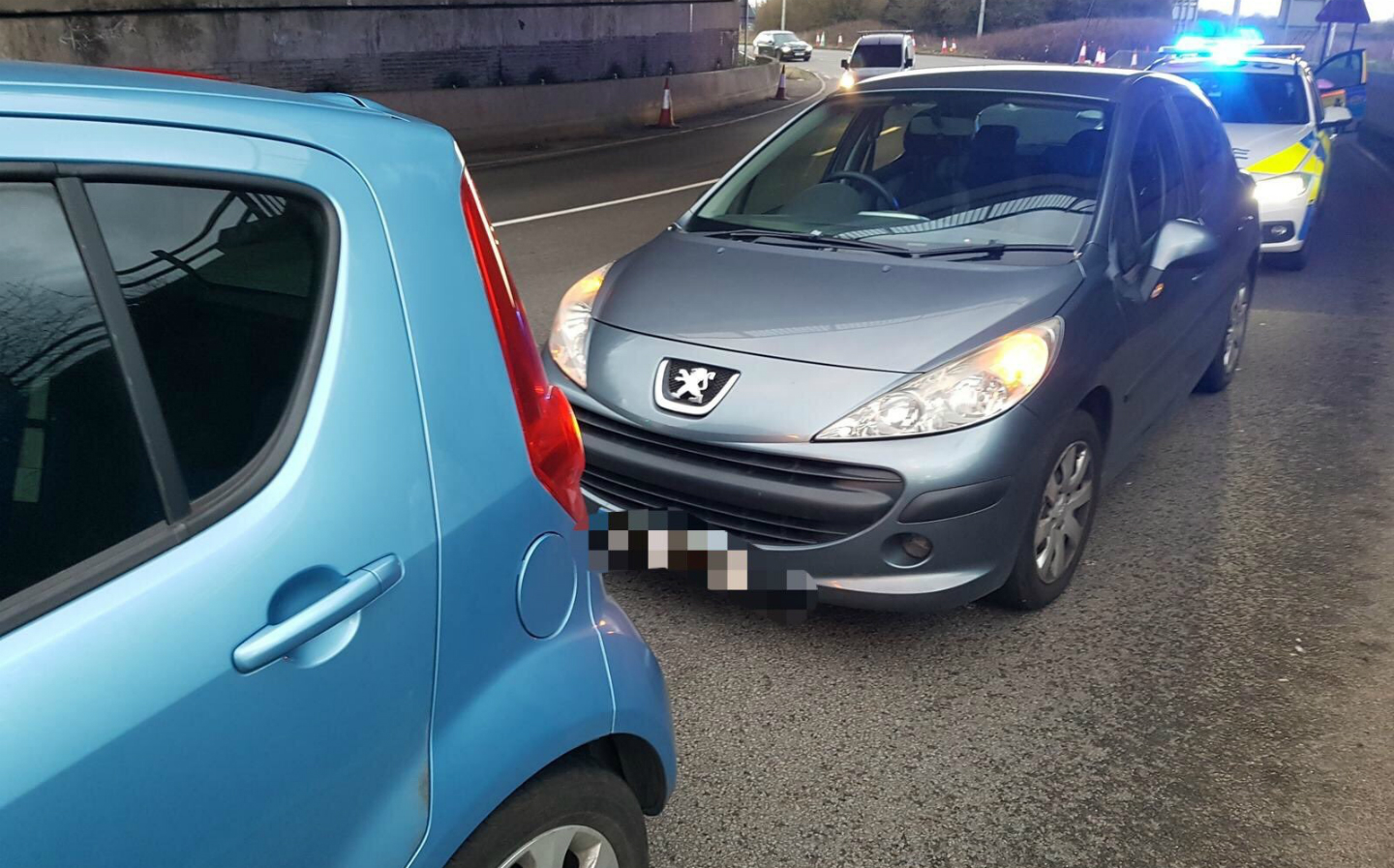 A MOTORIST who helped police detain a drink driving suspect was also arrested for being over the legal alcohol limit.

Derbyshire Roads Policing Unit said the were contacted by a driver who believed he was struck by a motorist he thought was under the influence on the M1 motorway.

Though his suspicions proved to be correct, the driver who alerted the cops was also breathalysed and arrested for drink-driving.

One driver was found to be just above the limit, with a breathalyser reading of 40 micrograms of alcohol in 100 millilitres of breath, while the other had double that amount with a result of 78mcg.

In the UK, the drink driving limit is 35mcg/100ml of breath.

M1 J25. You couldn’t make this up. Very minor collision at the junction causing no damage. One driver suspects the other is drunk so quite rightly calls us. Forgetting he is also drunk. Both arrested. One blew 40 and the other 78. Charged to court. #DontDrinkDrive #Fatal4 #Wow pic.twitter.com/gerqz5iTuf

Derbyshire police believed the motorist had most likely forgotten he was also drunk at the time.