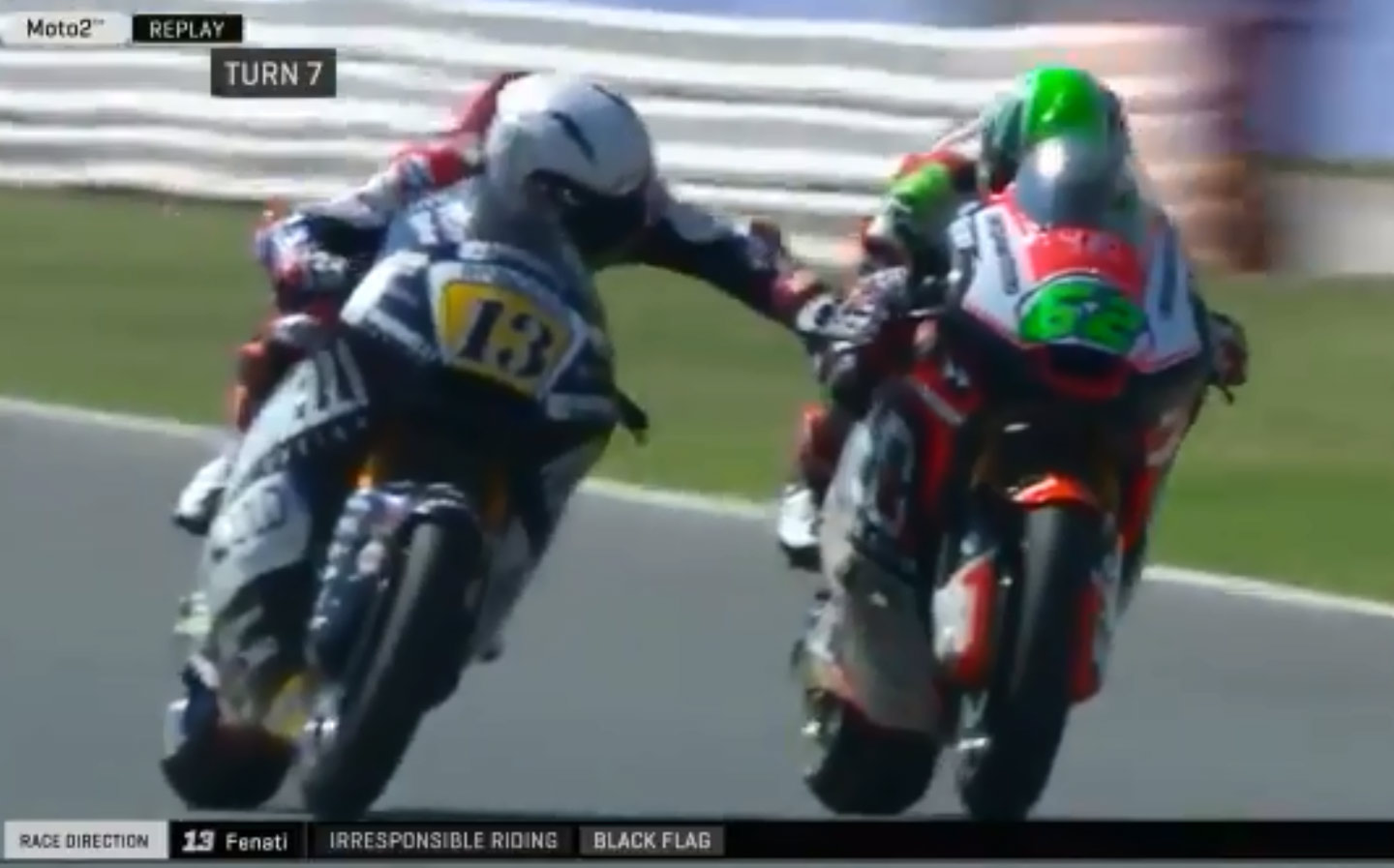 A RIDER in the Moto2 bike racing series has been sacked by his team after actions during a race on Sunday that were branded irresponsible, unsporting, dangerous and damaging.

During the race at Misano, Romano Fenati reached across to an opponent’s bike and grabbed his front brake, causing the bike to wobble and nearly crash.

The Italian was shown the black flag during the race and later suspended from next two Grands Prix.

As reports pointed out, the ban affected only the rider, not the team, which left the door open for Marinelli Snipers to replace Fenati for the next two races. But the outfit decided a suspension didn’t go far enough, given the nature of the incident.

In a statement, the team said:

“Marinelli Snipers Team shall terminate the contract with the rider Romano Fenati, from now on, for his unsporting, dangerous and damaging conduct for the image of all.

“With extreme regret, we have to note that his irresponsible act endangered the life of another rider and can’t be apologised for in any way.

“The rider, from this moment, will not participate in any more races with the Marinelli Snipers team.

“The team, Marinelli Cucine, Rivacold and all the other sponsors and the people that always supported him, apologised to all the World Championship fans.”

The gobsmacking move by Fenati on fellow countryman Stefano Manzi, of the Forward Racing Team, followed an earlier incident between the two at Turn 4. Manzi was slapped with his own penalty for irresponsible riding following that episode, and received a penalty of six grid positions at his next race.

Some commentators pointed out that Fenati has a history of poor conduct in racing, with BT Sport producing a video showing some of the incidents, which it said included kicking, turning bikes off and arguing.

You can now add ‘grabbing brakes’ to the list ?pic.twitter.com/9mUsPaOxqV