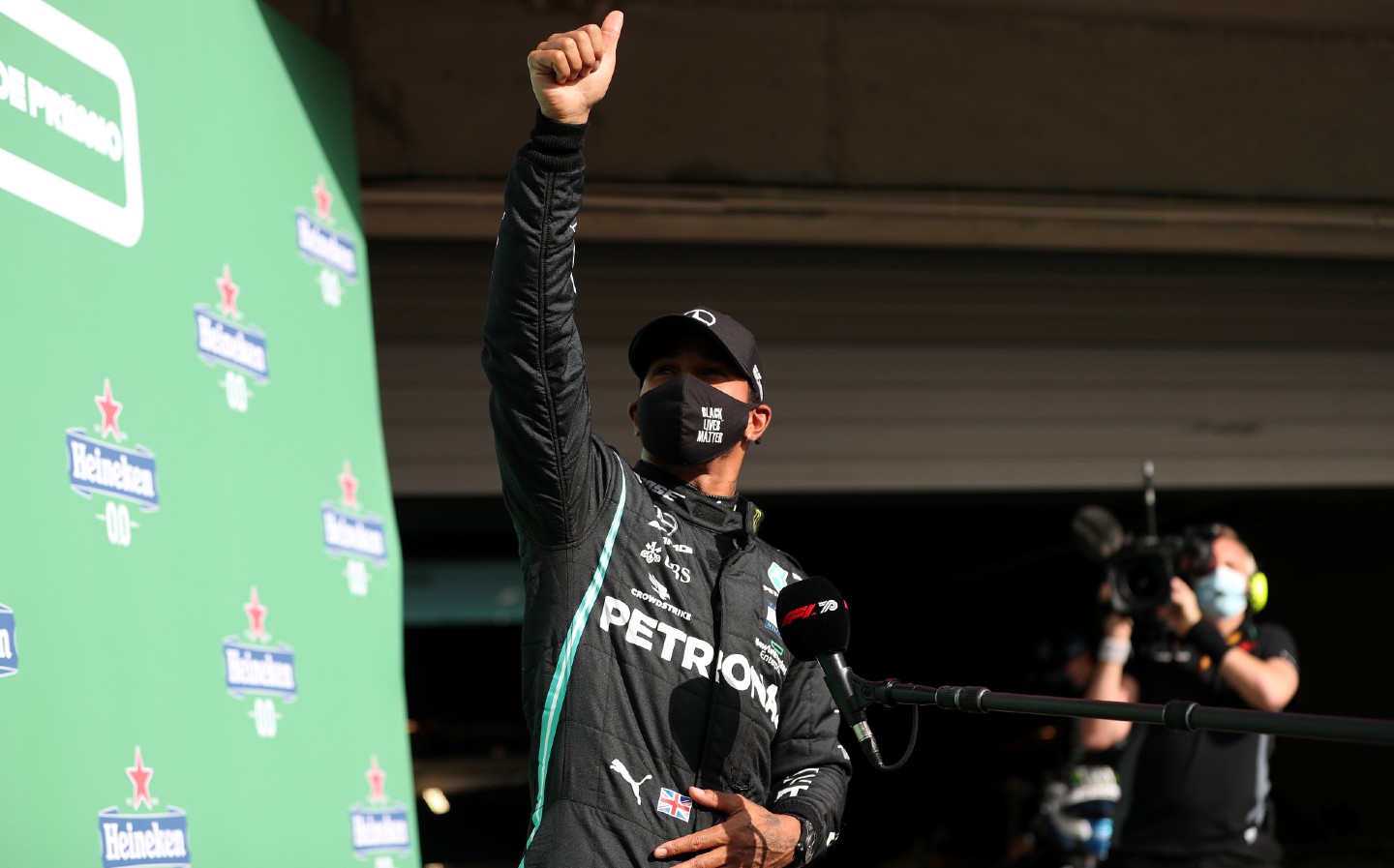 LEWIS Hamilton has added another record to his glittering career in Formula One: the highest number of race wins of all time.

The six-time F1 world champion surpassed the 91 wins of previous record-holder Michael Schumacher today with victory at the Portuguese Grand Prix at the Algarve Circuit. With 92 appearances on the top step of the podium in the top flight of motorsport, Hamilton, 35, has eclipsed the third most successful driver, Sebastian Vettel, who has racked up 53 race wins.

The achievement is all the more impressive when you consider the legends of the sport with even fewer victories, including Alain Prost (51 wins), Ayrton Senna (41 wins), Fernando Alonso (32 wins) and and Nigel Mansell (31 wins).

Sky Sports pundit and former F1 driver Anthony Davidson said: “To beat that record of Michael Schumacher — I never thought I’d see it in my lifetime.”

Mercedes driver Hamilton has generally been blessed with race-winning cars – often with a pace advantage over the rest of the field – but he has more often than not beaten his team-mates, which is considered the truest sign of one racer’s ability against another.

Since he entered F1 in 2007, Hamilton has scored fewer wins than his teammate just once, in 2013, when Nico Rosberg picked up two wins and the Brit just one. Fernando Alonso and Jenson Button managed to equal Hamilton’s race win tally in 2007 (four) and 2011 (three) respectively.

When compared with his current team-mate, Valtteri Bottas, Hamilton’s dominance is clear: 39 wins since the two were first paired together at Mercedes in 2017, versus the Finn’s nine.

Hamilton holds a number of records in Formula One. He has the most number of career points, pole positions, podium finishes, grand slams in a season (pole position, win, fastest lap and led every lap) and championship points in a season. His six world championships is the second-most of all time, and he could equal Schumacher’s seven titles by the end of this season.

There are five more races scheduled for the remaining 2020 Formula One World Championship, which has been severely impacted by Covid-19 pandemic, with the final round set for Abu Dhabi on December 11-13.