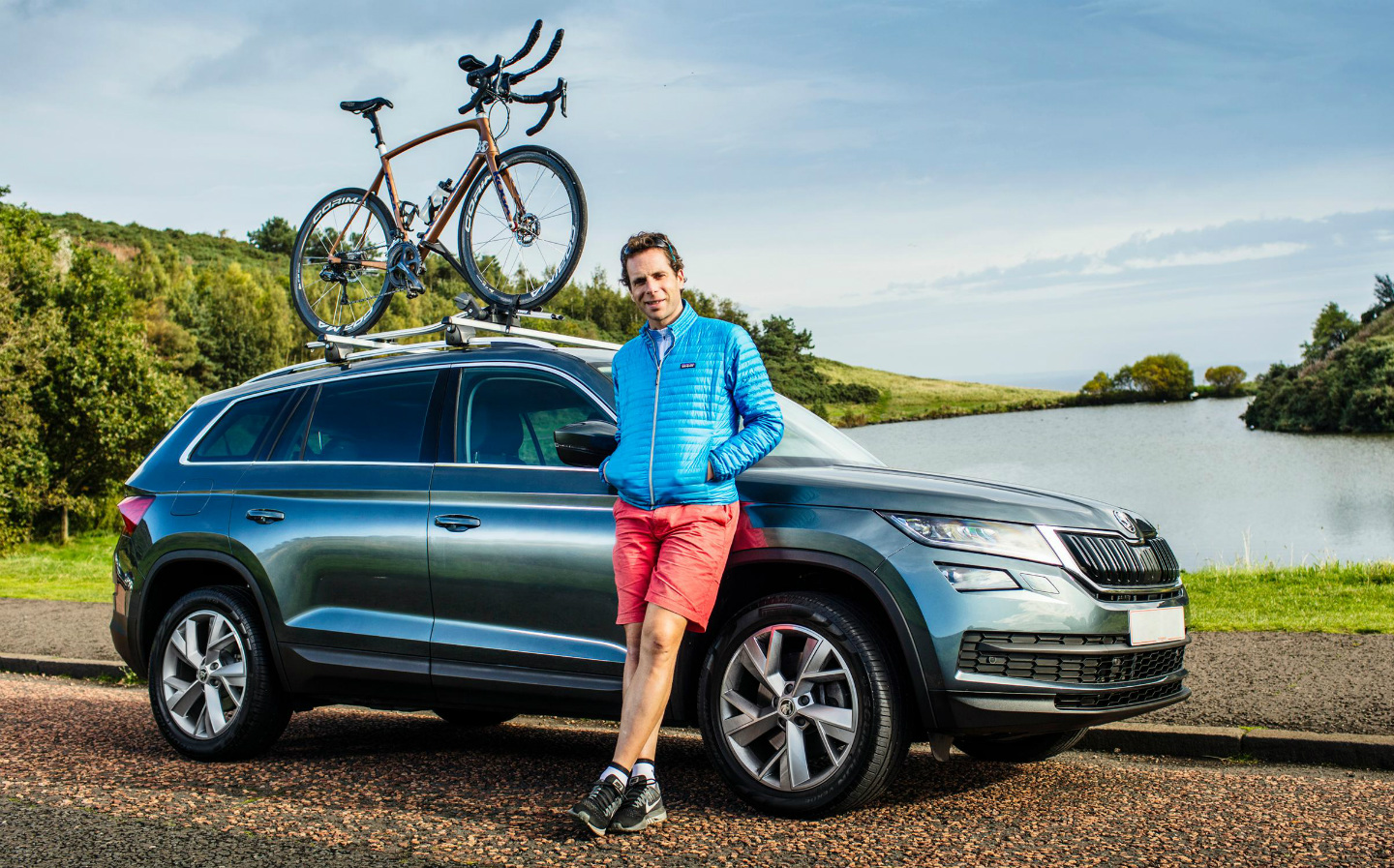 MARK BEAUMONT has just pedalled all the way around the world in less than 80 days — most of the way with a broken arm. The 34-year-old Scotsman fell off his bicycle near Moscow on day nine but had no idea he’d suffered a hairline fracture until he had completed his mammoth trek.

Beaumont came off three times during the 18,000-mile ride, finally crossing the finishing line in Paris last month after 78 days, 14 hours and 40 minutes. Averaging 240 miles a day, he beat the previous record, set by a New Zealander in 2015, by more than 44 days.

“There’s a perception that all cyclists hate cars but I’ve been mad about driving ever since I was a kid,” Beaumont says. “I’ve had a few close shaves riding my bike; the worst was in 2008 when I first held the world record for a bicycle circumnavigation, in 194 days.”

He was riding in Louisiana when a driver hit him. “I went over her bonnet and smashed the windscreen. She was so upset, although not as sore as me. I had breakfast with her the next day to prove there were no hard feelings.”

His latest trek took him across Europe and Asia, through Australia and New Zealand, then America and Canada. The final leg was from Portugal to Paris. He ate 8,000 calories a day and averaged 16 hours in the saddle. “All I want to do now is sit on a comfy chair and enjoy some normal time in Edinburgh with my wife, Nicci, and our two young daughters, Harriet and Willa,” he says.

Beaumont grew up on a farm in Perthshire, surrounded by forests and hills. “Mum and Dad were organic farmers in the 1980s, before it became trendy. I spent a lot of time helping them, as well as cycling and climbing.”

Home-taught by his mother, he didn’t go to school until secondary age. “It was quite a shock travelling 30 miles to Dundee High every day. There were 1,200 children and lots of concrete. I was used to wearing overalls and wellies, so I was bullied quite a bit at first.”

He learnt to drive as soon as he could reach the pedals of the family Land Rover. Then his parents bought a £60 Ford Fiesta so he could hone his skills on the farm. “I was 12,” he laughs. “I used my father’s angle grinder to cut off the front and back wings. It looked like something from Mad Max.”

A rusty Volkswagen Polo followed, until the engine and gearbox fell out. His first car after passing his test was a Land Rover Defender that repeatedly broke down. Later, when studying economics and politics at Glasgow University, he spent £300 on a Rover 75. “It was quite a terrible car. I put £5 of petrol in at a time because I had no money. That car became famous for running out of fuel but it meant me and my friends could get around.”

Beaumont was by now an accomplished distance cyclist. After university, he made his first record circumnavigation, raising £18,000 for charity. “As a result of that trip, Orange offered me £20,000 to appear in a TV commercial. I held out for £35,000 and realised I could make a living from my adventures. Rather foolishly, I spent it all on a new Volvo XC70.”

His next ride, in 2010, was from Alaska to Argentina, covering 13,080 miles in 268 days. The following year, he was part of a crew that rowed across the Canadian Arctic.

“Infiniti took an interest in me in 2012 and I was given a QX70 SUV as my first sponsored car. When they stopped making that model I teamed up with a local car dealership to drive the new Skoda Kodiaq. It’s named after the Alaskan bear — so far I haven’t met any of them on my rides.”

Mark Beaumont: My life in cars