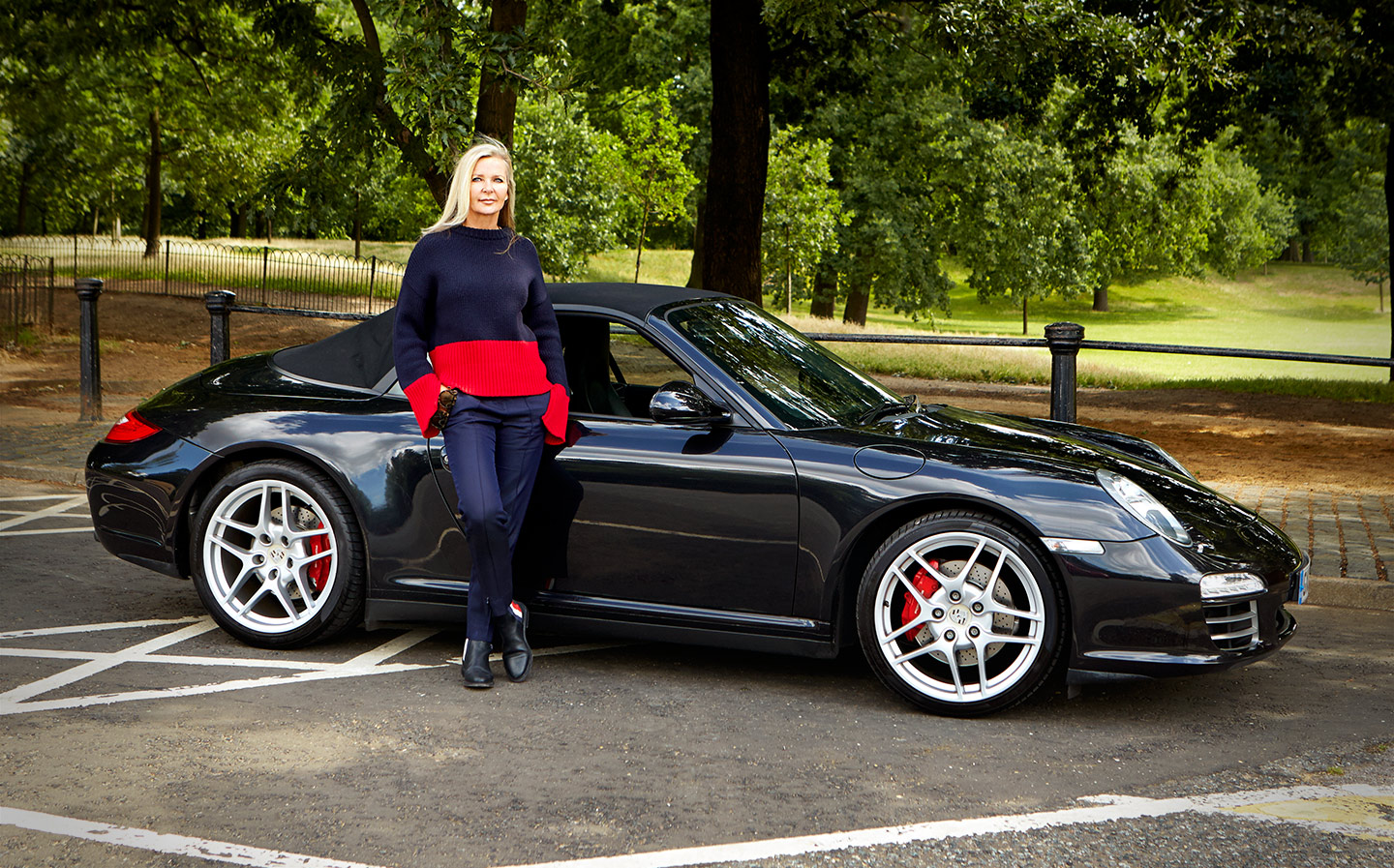 AMANDA Wakeley has dressed everyone from Diana, Princess of Wales to Beyoncé and Theresa May, who famously wore a pair of the fashion designer’s £995 leather trousers in a photoshoot for the Sunday Times magazine, starting a bizarre political storm.

When the 55-year-old designer set up her first boutique in Chelsea, the right car was a priority to create a fitting first impression. She bought a second-hand BMW Baur Targa. “My blue Targa was a joy to drive around London,” she enthuses. “It had more than enough power and, when the sun shone, I could lift the hard top off and enjoy myself.”

Wakeley, one of three children of the late Sir John Wakeley, a prominent surgeon, grew up in Cheshire and her first motor was very modest. “I pleaded with Dad to let me sit with him on the ride-on lawnmower,” she laughs.

“He was passionate about cars and drove his Lancia convertible way too fast. Mum would take me and my friends to school in a more sedate Triumph Vitesse. Sometimes there’d be six little heads poking out of the sunroof.”

Wakeley says her love of clothes came from a well-stocked dressing-up box. Once she was tall enough to reach the sewing machine, she started stitching costumes herself. Later she attended Cheltenham Ladies’ College, took a secretarial course and then tried her hand at modelling in New York, where she took her second driving test (having passed her UK one a few months before).

“My American test was funny. I was 19 and it was the first time I’d driven an automatic with power-assisted brakes. I very nearly put my examiner through the windscreen when I hit the brake. I managed to talk my way out of it because she loved my British accent.”

When Wakeley returned to England, she set up her shop with money borrowed from her father, and her clothes caught the attention of Diana. “We did become friends,” she says. “She was a lovely, sweet girl who it was impossible not to warm to.”

With her business taking off, she upgraded to a BMW 3-series convertible, followed by a BMW 850 with pop-up headlights. “I felt terribly sophisticated.”

Perhaps too sophisticated, because she soon switched to a “hairy-chested” TVR Chimaera V8 convertible, followed by a specially commissioned TVR Griffith. “Owning a convertible is one of life’s pleasures,” she says.

After a messy divorce from the property developer Neil Gillon in 2000, Wakeley’s fashion brand was sold to a series of investors. She then got together with Hugh Morrison, a financial public relations consultant, who helped her buy back the business in 2009. The brand is now stocked in more than 50 luxury retailers around the world and has been seen on the likes of Scarlett Johansson, Angelina Jolie and the Duchess of Cambridge.

She remains tight-lipped on “Trousergate”, as May’s faux pas was dubbed in 2016, and will not reveal whether the hoo-ha helped sales. However, leather trousers are a “big part” of the designer’s 2018 range and she wears leather trousers herself.

Throughout all her recent ups and downs in business and romance, Wakeley, who was made an OBE in 2010 for services to fashion, has owned a Porsche 911 convertible. “I currently drive a black Porsche 997 C4S cabriolet,” she says.

“It’s fantastic, whether you are nipping around London or doing motorway journeys. It does annoy me, though, that men seem to think the Porsche either belongs to my partner or he bought it for me.”

Amanda Wakeley: my life in cars