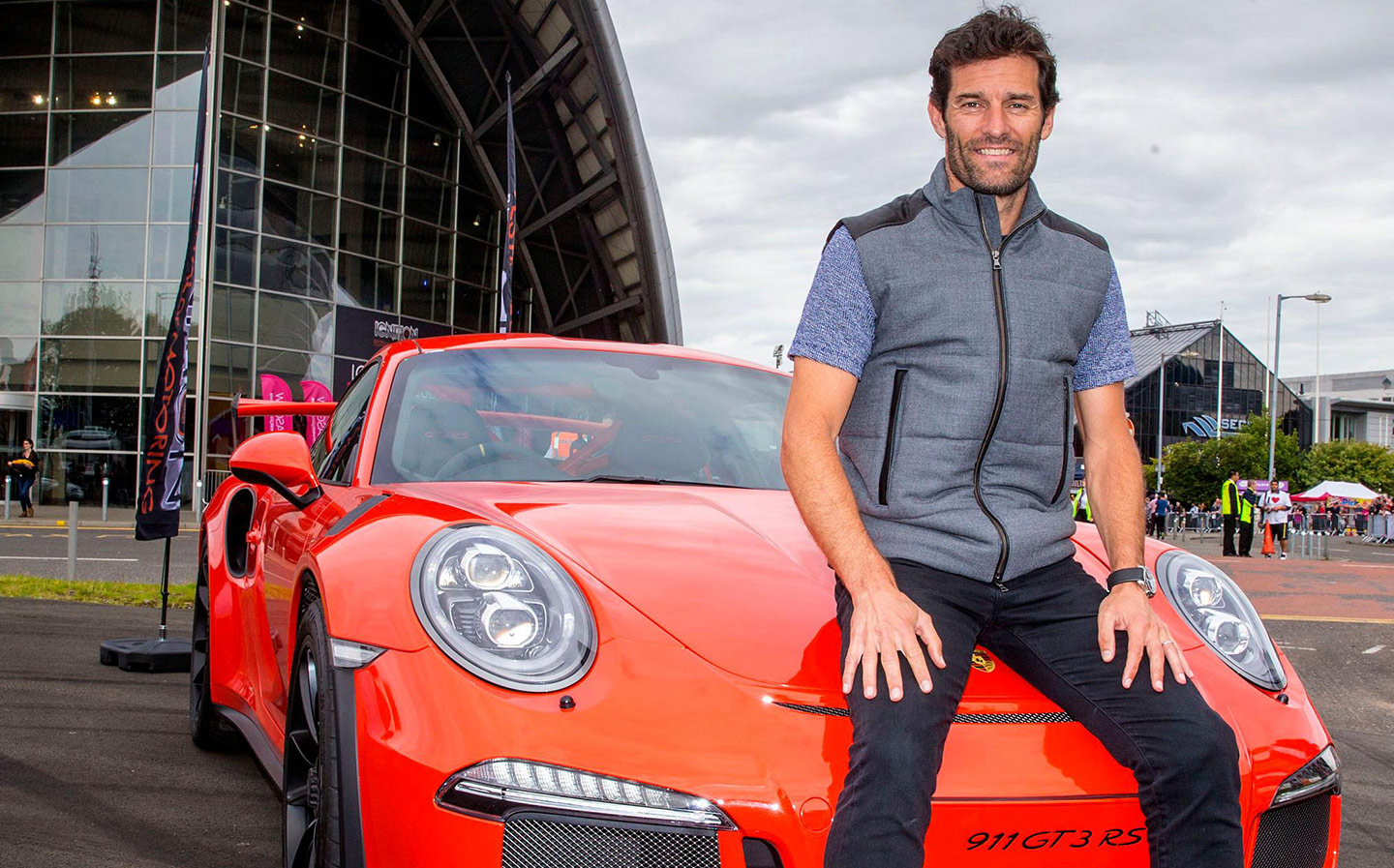 “PEOPLE associate me with four wheels, but I grew up on two,” says Mark Webber, the Australian former Formula One driver who won nine grands prix with Red Bull. “Dad had a Yamaha dealership and I was riding motorbikes from the age of five.

“My grandparents owned a 2,500-acre farm, which probably gave me way too much freedom. Dad had to rescue me once or twice: usually a broken collarbone. At the time, I loved it, but I look back now and think, ‘Dad, what the hell were you playing at?’”

By his teens, Webber, 40, was blasting around the farm in New South Wales in a succession of Hilux pick-ups and battered Land Rovers. “Dad used to let me drive on the road, too,” he smiles. “Completely illegal, but we were in rural Australia with hardly any traffic. If we did see a cop, we’d perfected the art of swapping seats without stopping the car.”

Webber admits that, like many teenage drivers, he could be a bit of a “dickhead! Teenage boys are just not wired to see danger, but Dad was one step ahead and would only buy me cars that had no power. My first was a 1969 Toyota Corolla. Ah, she was a beauty! Bench seats front and rear that allowed you to get up to all sorts of stuff in the early hours.

“I came out of a bar one night and somebody had tried to torch it. Sadly, it was too far gone, but I hated getting rid of that car. We went through a lot together.”

Webber was making a name for himself on the Australian racing scene, but in 1996 he moved to Britain “to get myself noticed”.

“I’d spent my whole life driving crap and, finally, I was in an AMG C 43. That was also the car I wrote off”

The first few months weren’t as glamorous as he’d imagined. “I was doing track days for 43 quid a day and driving around in a Fiesta 1.1. When I started [sports car racing] for Mercedes-AMG they gave me my first brand new car. I’d spent my whole life driving crap and, finally, I was in an AMG C 43.

He soon graduated from Formula Three and sports cars to F1, and the “brand new cars” just kept coming. There was a Jaguar XK8 and a BMW M3 and M5. “As a racing driver, you’re also an ambassador. I guess they didn’t want me turning up in the Fiesta.”

The F1 career ended in 2013. He then joined Porsche in world endurance: driving alongside Timo Bernhard and Brendon Hartley, he took the 2015 title. “Mentally and physically, endurance racing is a whole different game. The cars have to be heavier; they’re not as nimble.”

Now living in Buckinghamshire with his English wife and manager, Ann Neal, 52, Webber retired from competitive racing last year. He is a Porsche representative and is finally getting the chance to clock up some miles on the road. “When you’re racing, you hardly ever drive on the road. Now I can get back to driving some of my favourite routes: the Dolomites, then across to Austria.”

As a pundit on Channel 4, Webber has not given up the F1 circus entirely.

“Who’s gonna win? It’s probably too early to say, but, as the season goes on, I think we’re going to see some shenanigans.”

Mark Webber: my life in cars