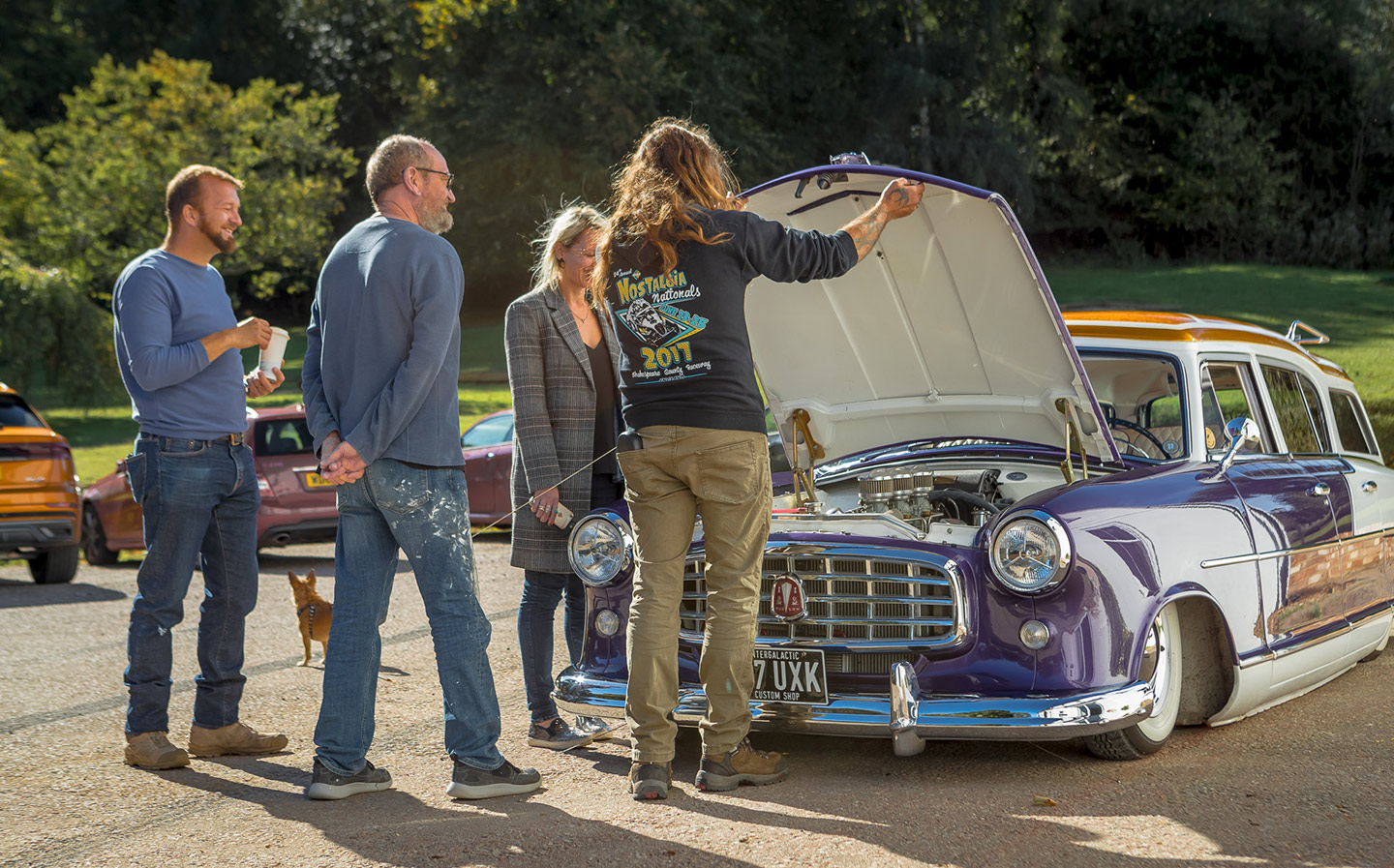 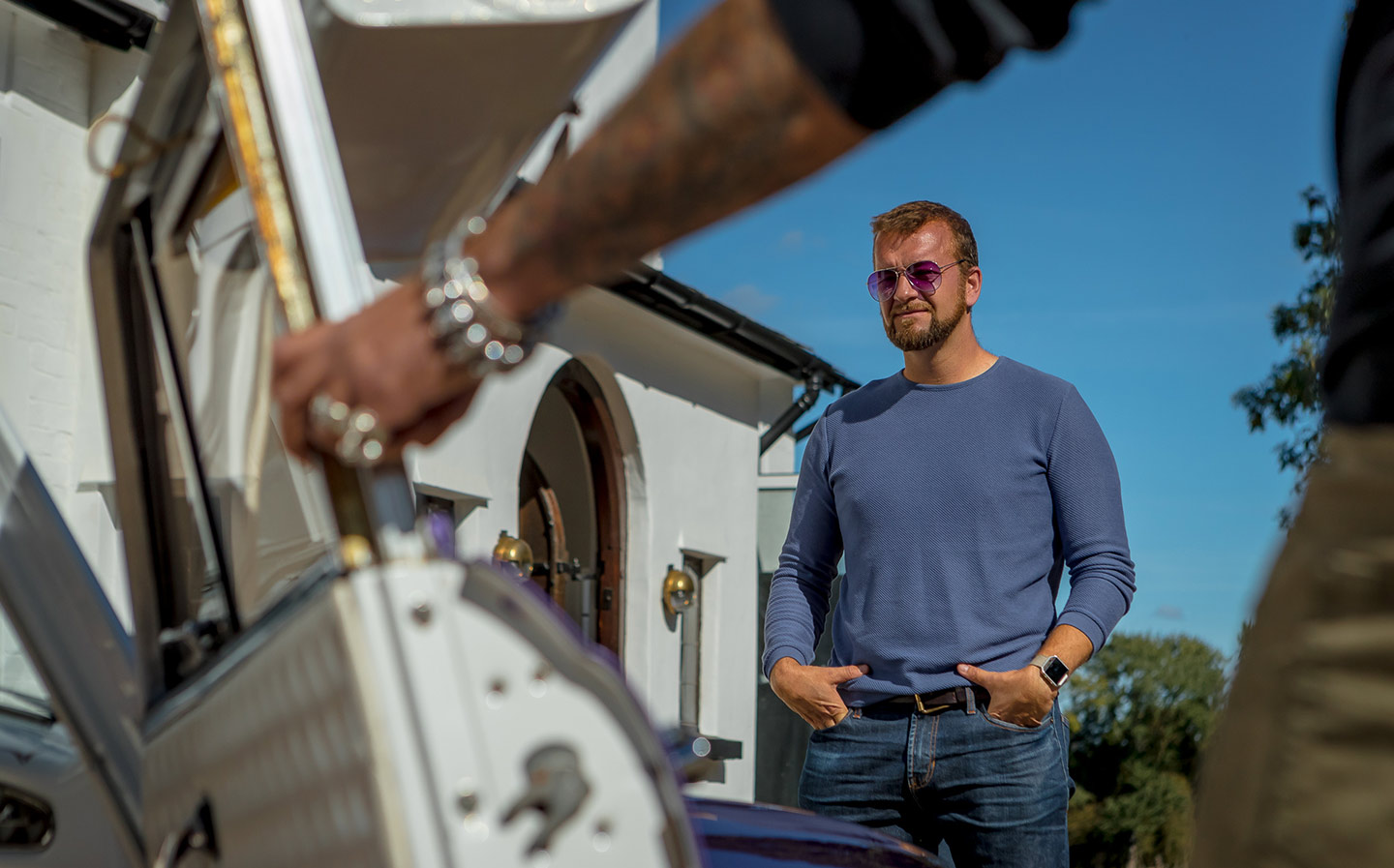 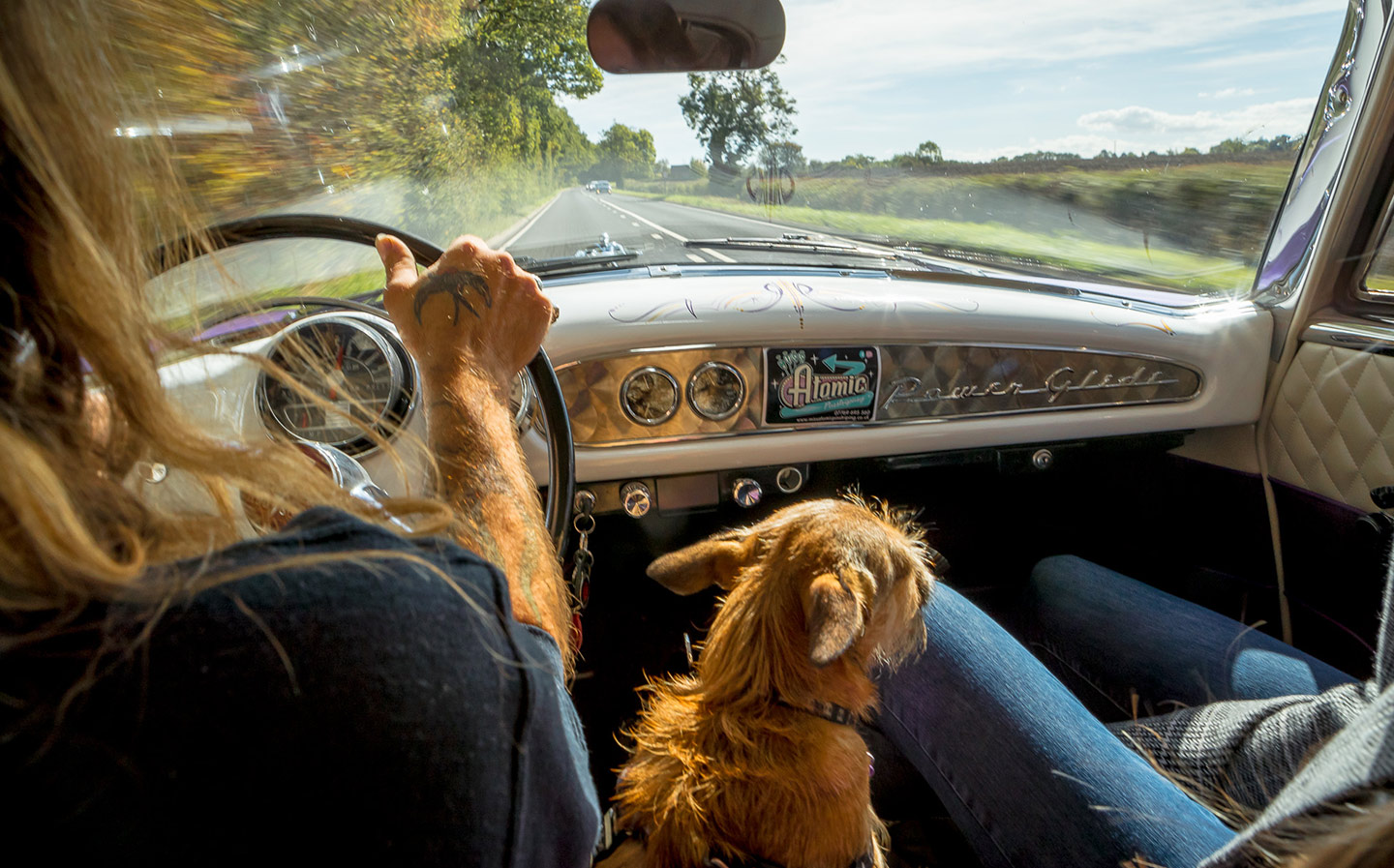 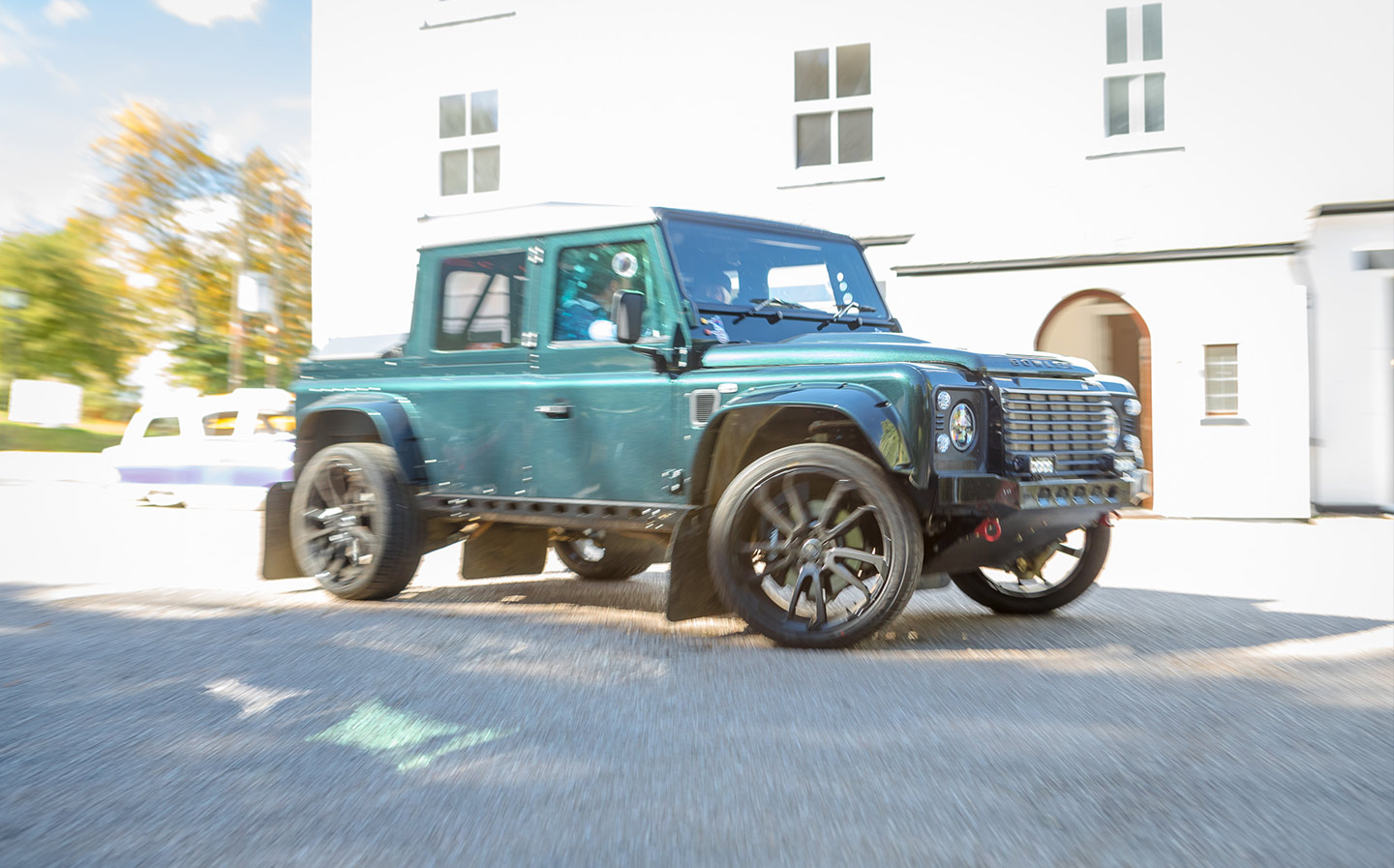 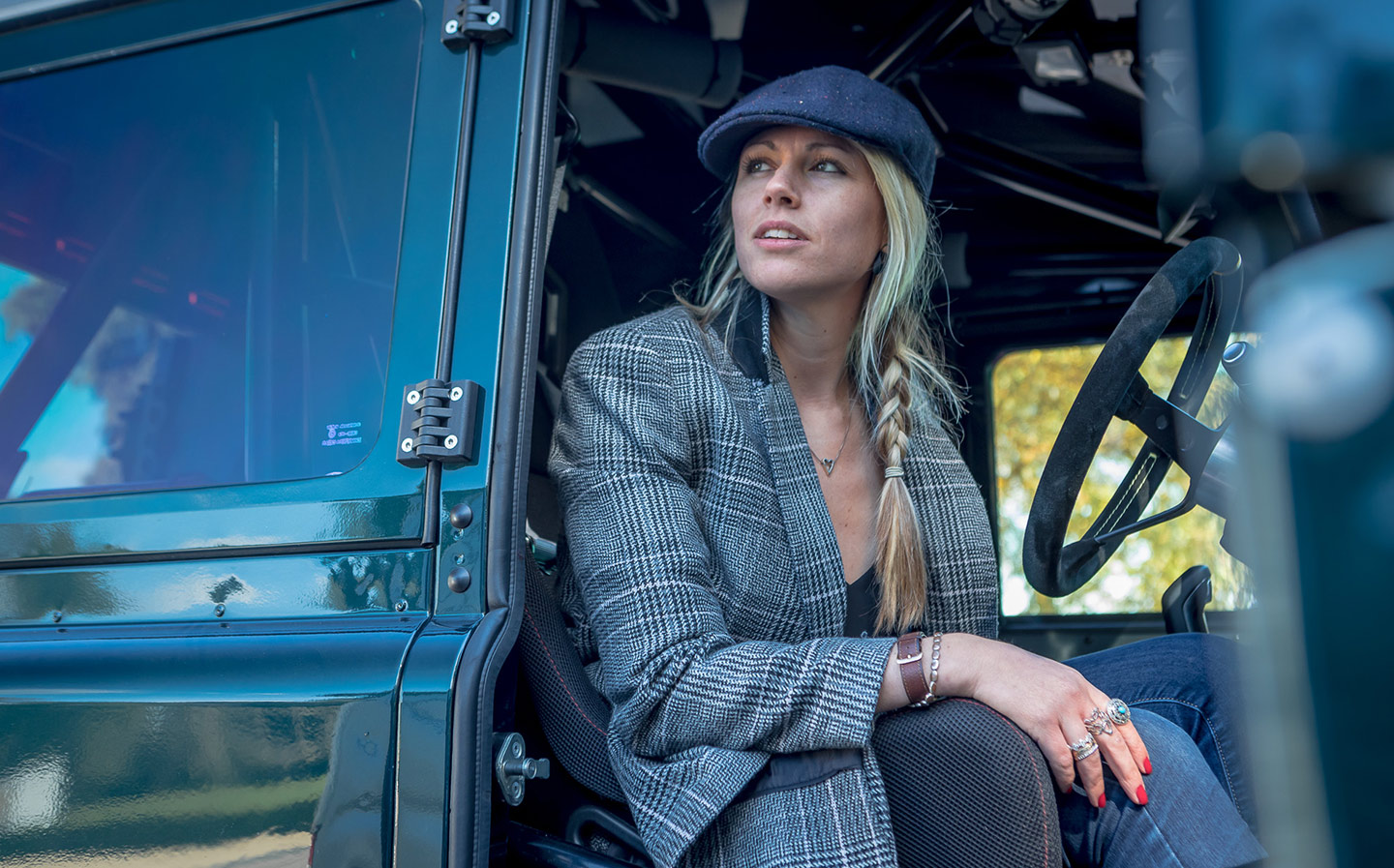 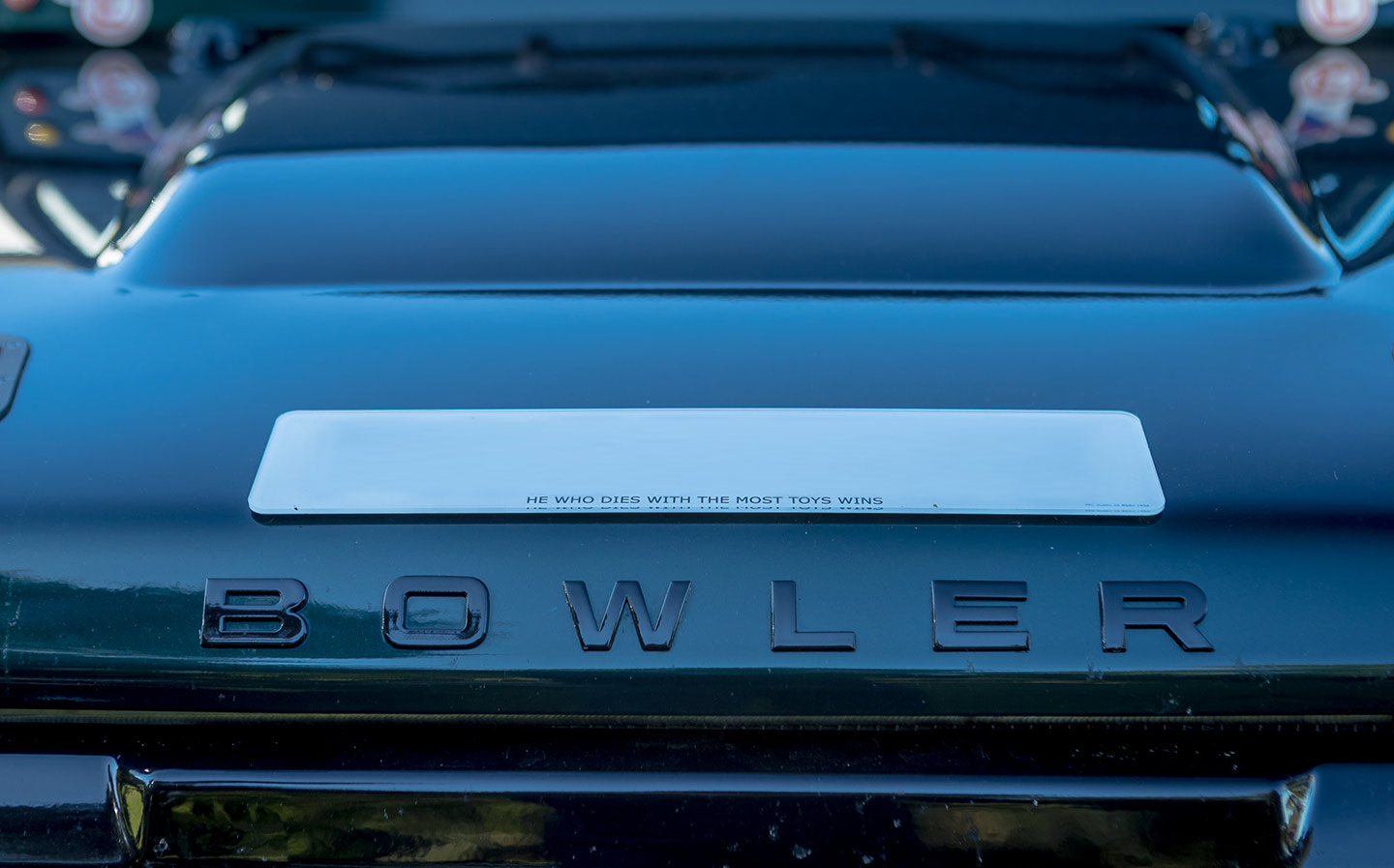 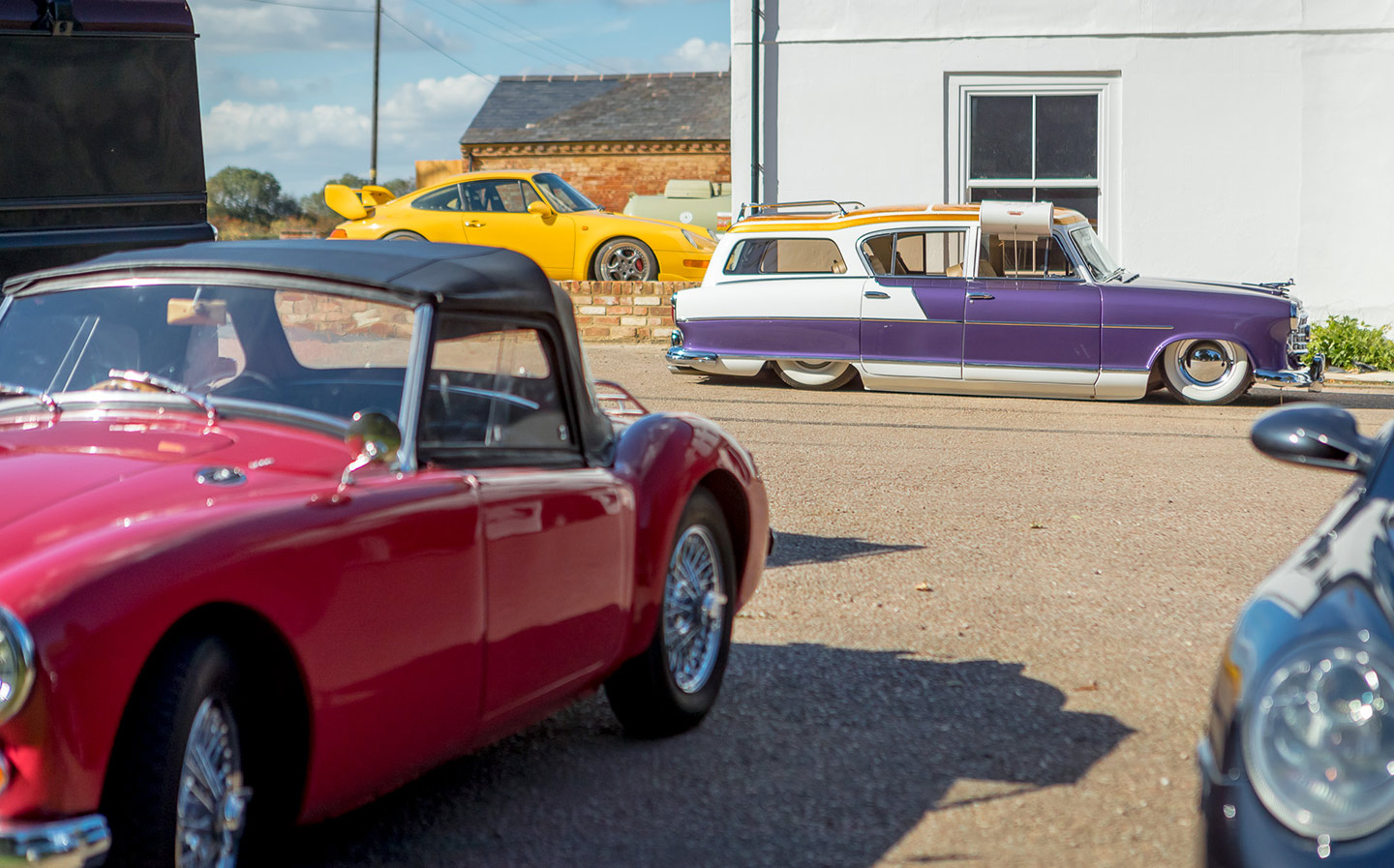 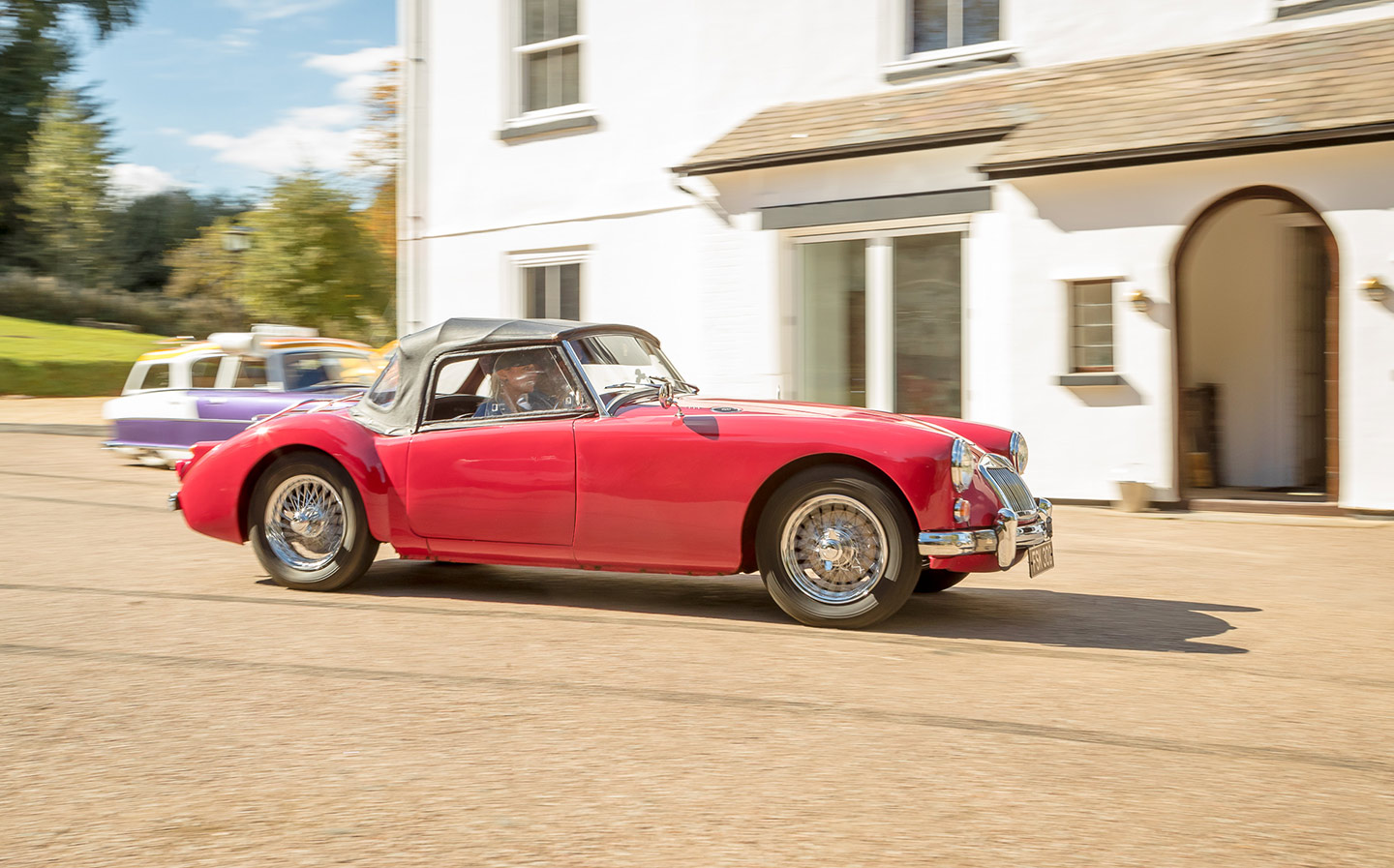 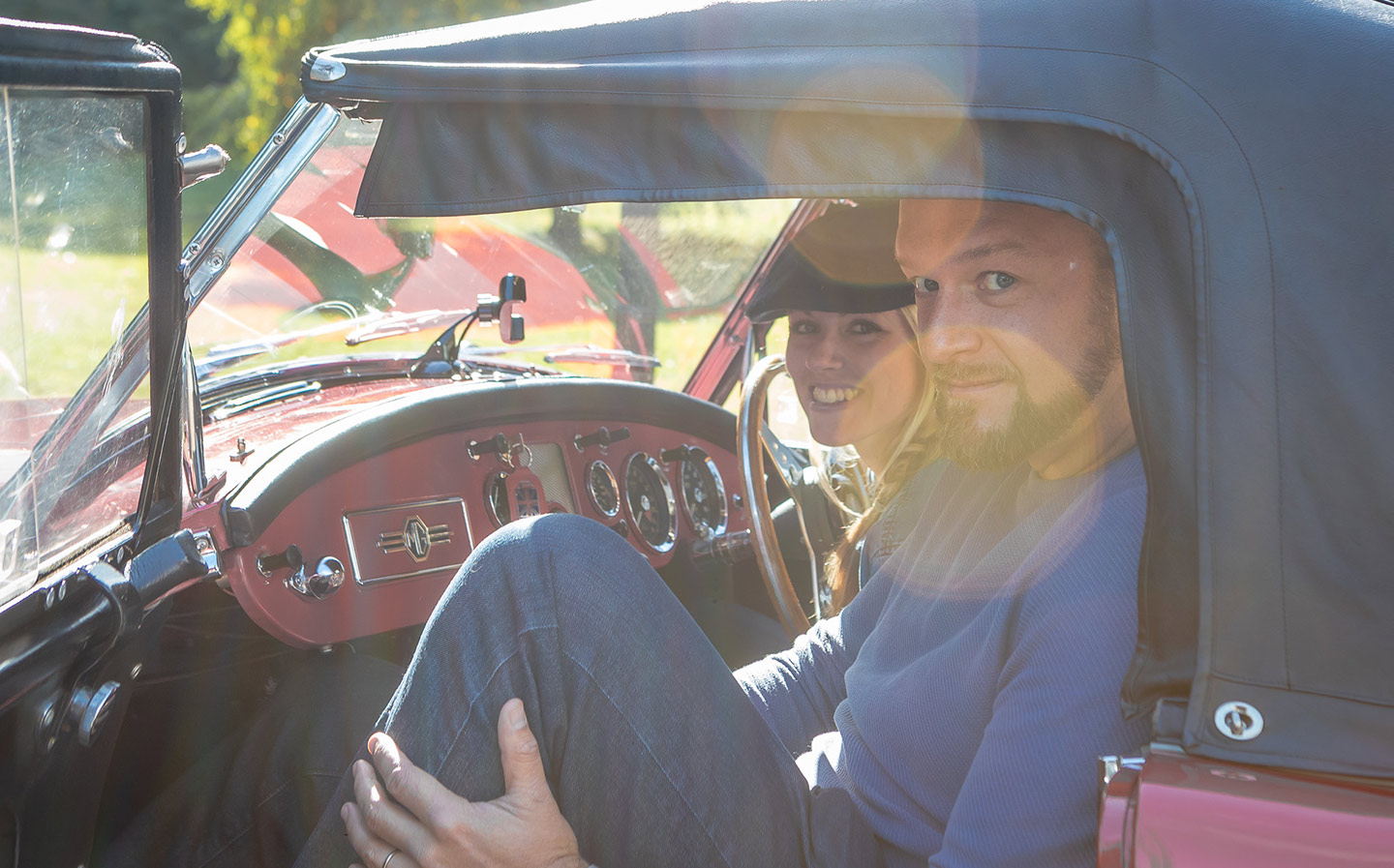 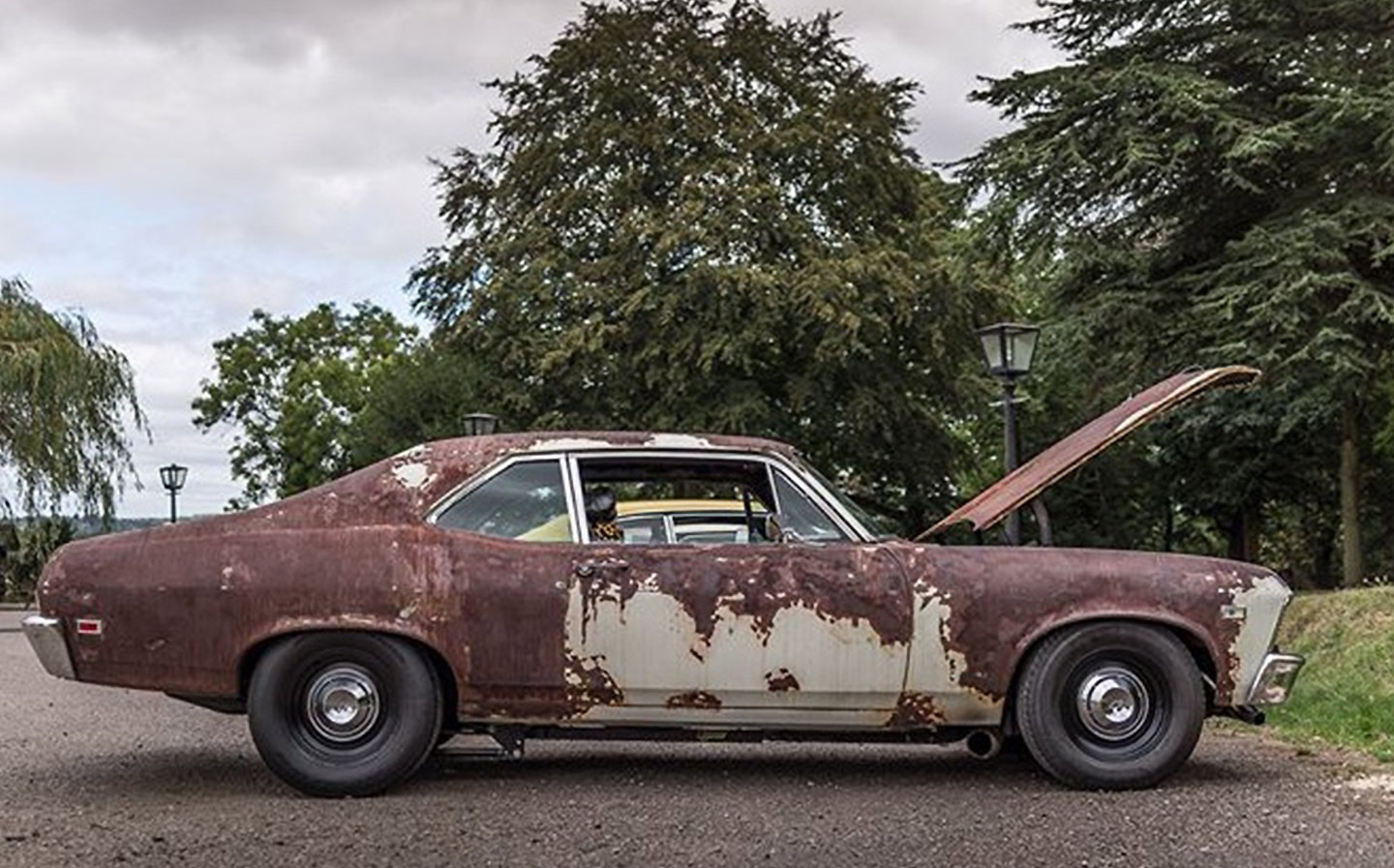 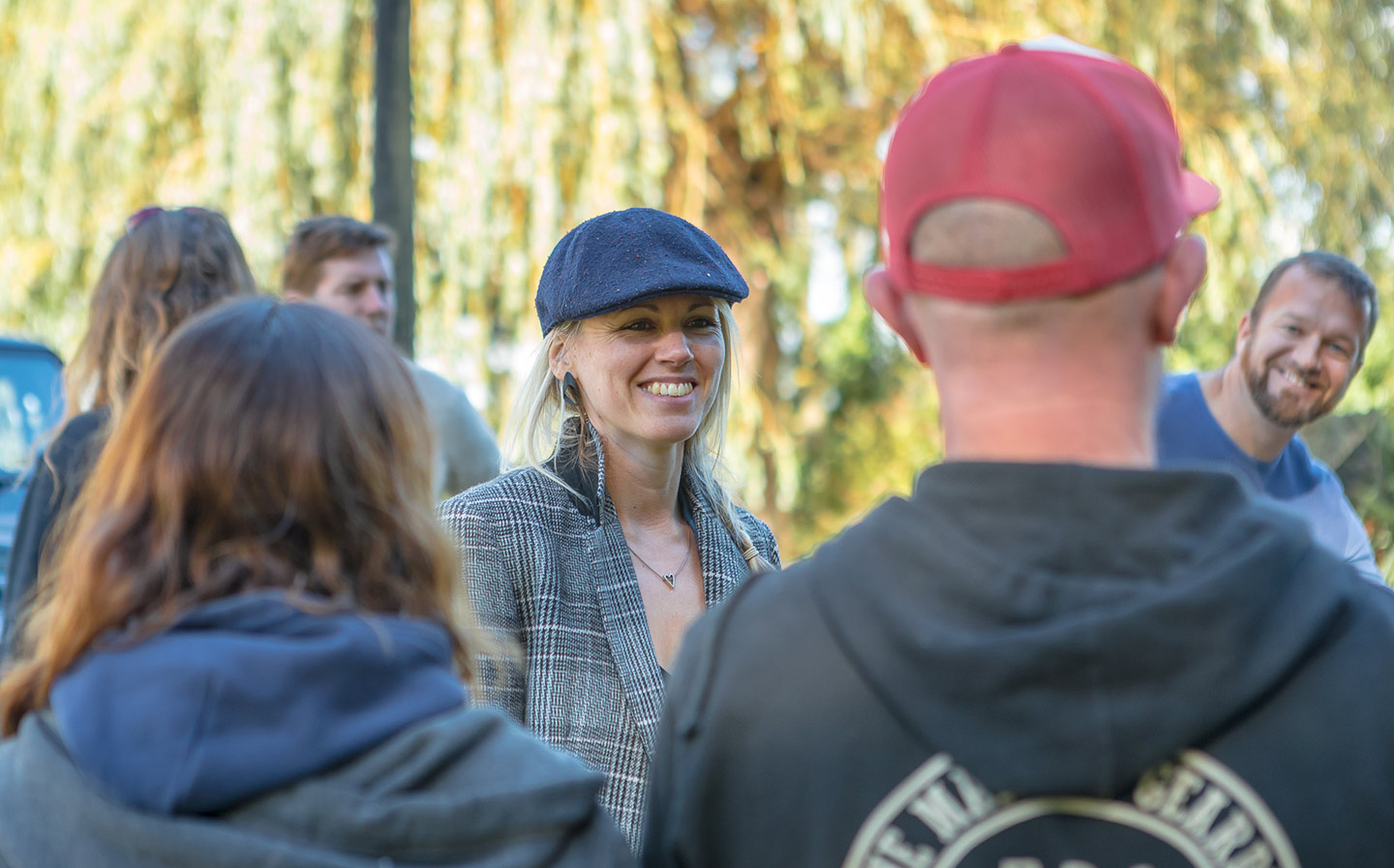 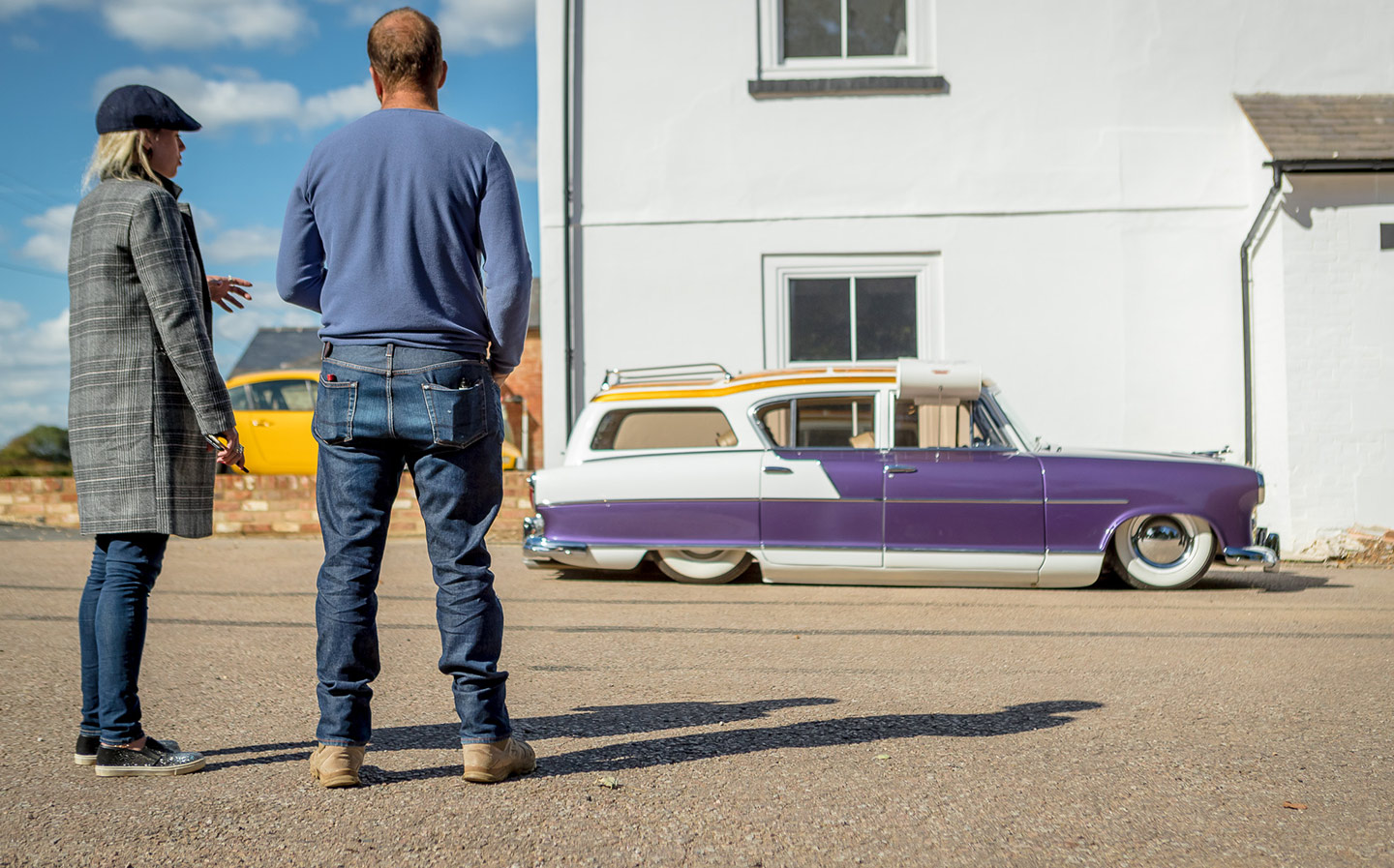 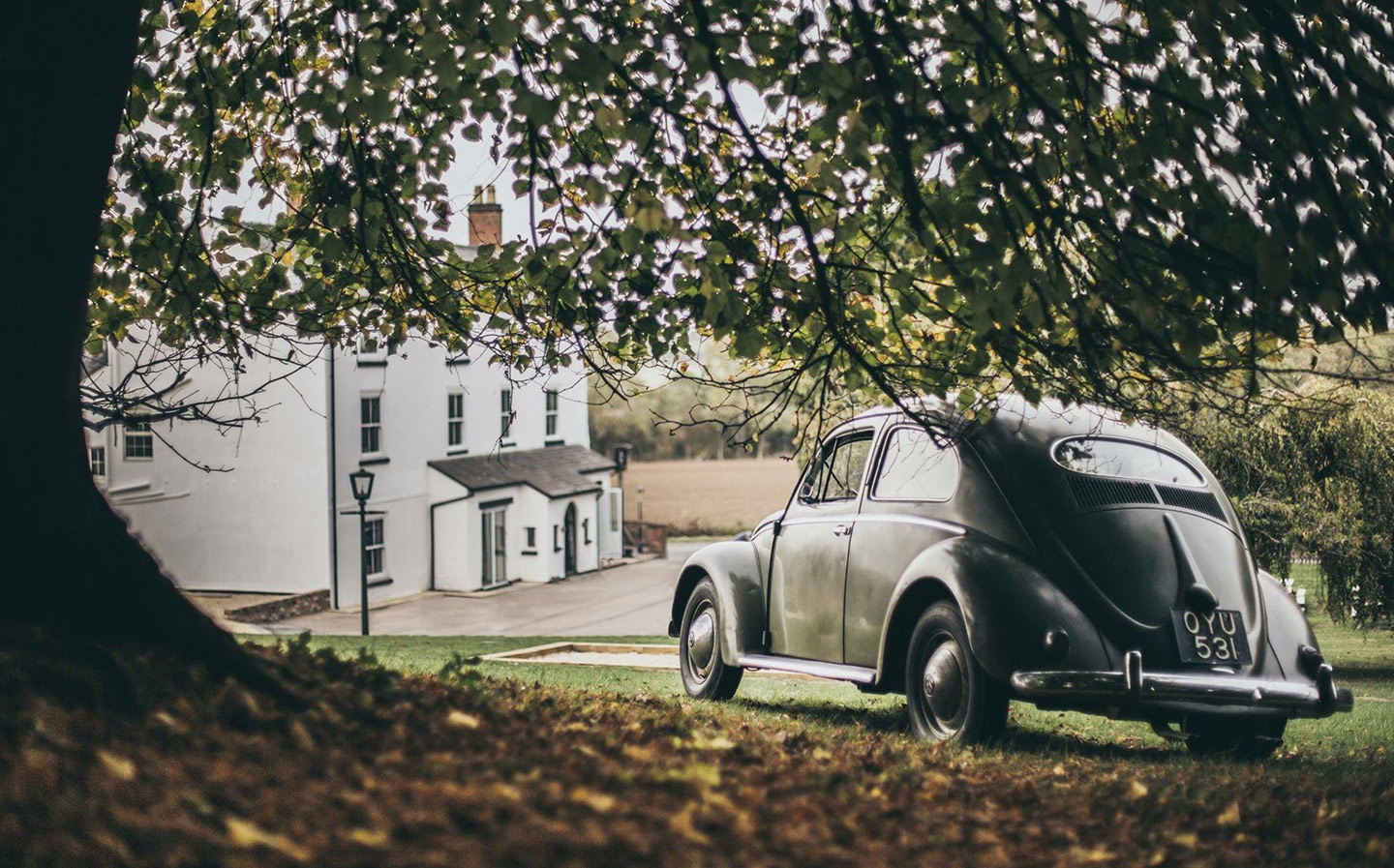 “WHAT DO you drive?” is a fairly standard question when one petrolhead meets another. The answer can result in pats on the back or a mild ribbing, depending on the questioner’s personal — tribal — beliefs.

But asked by Tom “Wookie” Ford, the TV presenter and motoring journalist, it’s not about the answer itself, rather how you answer. There’s no wrong car, you just need to have a passion for motoring.

And that ethos is the foundation stone for Caffeine and Machine, the new roadhouse/ café/ event space/ service station he is helping to create in Warwickshire. Anyone who gets revved up about their chosen mode of transport is considered a friend.

Set to officially open at midday on October 27, it will enforce a strict no parking policy for car snobs.

“Nobody gets to be snooty or snide about anyone, we want to get everyone talking to each other”

“This is about people, the car is just your pass,” explains Wookie, as he froths up milk for a cappuccino — the third he’s ever made — and insists it will feature some accomplished latte art, either resembling a lotus flower or tyre burnout streaks.

“Nobody gets to be snooty or snide about anyone, we want to get everyone talking to each other — the old lady with the Bentley to the Stance Kid*, that kind of thing. It will make the scene here way more interesting.”

With space for 450 motors, the car park is already dressed like a faginesque bird of paradise with new faces already turning up by the hour, driving everything from pristine vintage machines with glinty polished chrome to specimens such as a bespoke Bowler Land Rover Defender (one of only 9), a customised 1955 Hudson Rambler Cross Country Custom Station Wagon nicknamed Humphrey, a patina (rat-look) turbocharged Chevy Nova and ’57 VW Beetle Oval, beautiful Norton motorcycles, a canary yellow Nissan Silvia S15 and a BMW Z3M.

“We want this to be automotive Narnia,” says McGovern, the owner and man ultimately responsible for Caffeine and Machine’s conception.

“I travelled up and down America looking for something like this, a place for everyone, a place not just built around one thing. This is about embracing obsession, it’s about inclusion, and the spirit of the machine.

“I met Wook on the side of a road in Paris six years ago, and I said I’ve got this idea, and he listened.”

The whitewashed pitstop is in familiar automotive territory on the A422 in Ettingdon, less than a mile from the Fosse Way, a Roman road built for… well, the Roman army, but now perfect for flooring the throttle — within legal bounds, of course.

To refuel, aside from the coffee there are burgers and Sunday roasts, and plenty of beer (there are eight en-suite bedrooms, if you fancy an all-nighter) but the sustenance goes beyond the food menu, of course.

At the end of another long build day, it’s lovely to know these are now working ? #caffeineandmachine. #cultofmachine. #comingsoon. #27thOctober. ?: @scottpatersonphoto

For those newbie guests not confident enough to get stuck into a trainspotter-level car chat, Wook and McGovern are hoping to cultivate a creative culture so people can express their passion in a way that makes them feel good.

Their vision includes running workshops on everything from from drawing cars, to making a masterpiece out of a bonnet with spray-paint, as well as go-kart building for kids and drive-in movie nights.

Artists will also get a chance to exhibit their work on a four to six week rotation, with headline names including photographer Amy Shore sharing the spotlight with up-and-coming talent.

If anyone needs their car’s nuts and bolts tightened, a brick and timber garage in the grounds is set to open as a mechanics workshop, while for beautifying and buffing there’s going to be an on-site valet service. There’s also something special waiting for motoring magpies.

“It’s handmade, stainless steel, and I’m totally obsessed,” says Wook, as we admire the lines of the chrome bar, which has been sculpted bespoke to resemble the inside of a hot rod’s engine bay. Crafted by Wayne Allman of Intergalactic Custom Shop, a friend of McGoverns who makes dragster chassis, it’s a work of art in itself.

Work to prepare the building and grounds began in March, and since they tore off the first bit of manky wallpaper, McGovern, Wook, and an army of family and friends have slogged their guts out to bring the dilapidated former hotel back from the brink.

“We want this to be automotive Narnia”

McGovern’s dad, a self-confessed jack-of-all-trades, joins us for a natter in jeans distressed by a mixture of DIY grime, dust and hard graft. “I do everything from painting to taking the kids to school and picking up the bread in the morning,” he says. But leave the demolition work to McGovern’s wife, Emma. “It’s my thing,” she grins.

I’ve never before arrived anywhere for a cup of coffee to a human fanfare of whooping, and the rocket-fuel espresso on offer — a blend exclusively from Cast Iron comprising beans from Brazil, Ethiopia and Sumatra, with a praline/ chocolate profile and fruity undertone — shouldn’t be legal.

Caffeine and Machine has been built from the heart and the result is an absolute gem.

Bring your dog, bring your gran, bring your mate, just come as you are. To put it in true Tom Wookie Ford style: don’t be a loner.

Caffeine and Machine: the details