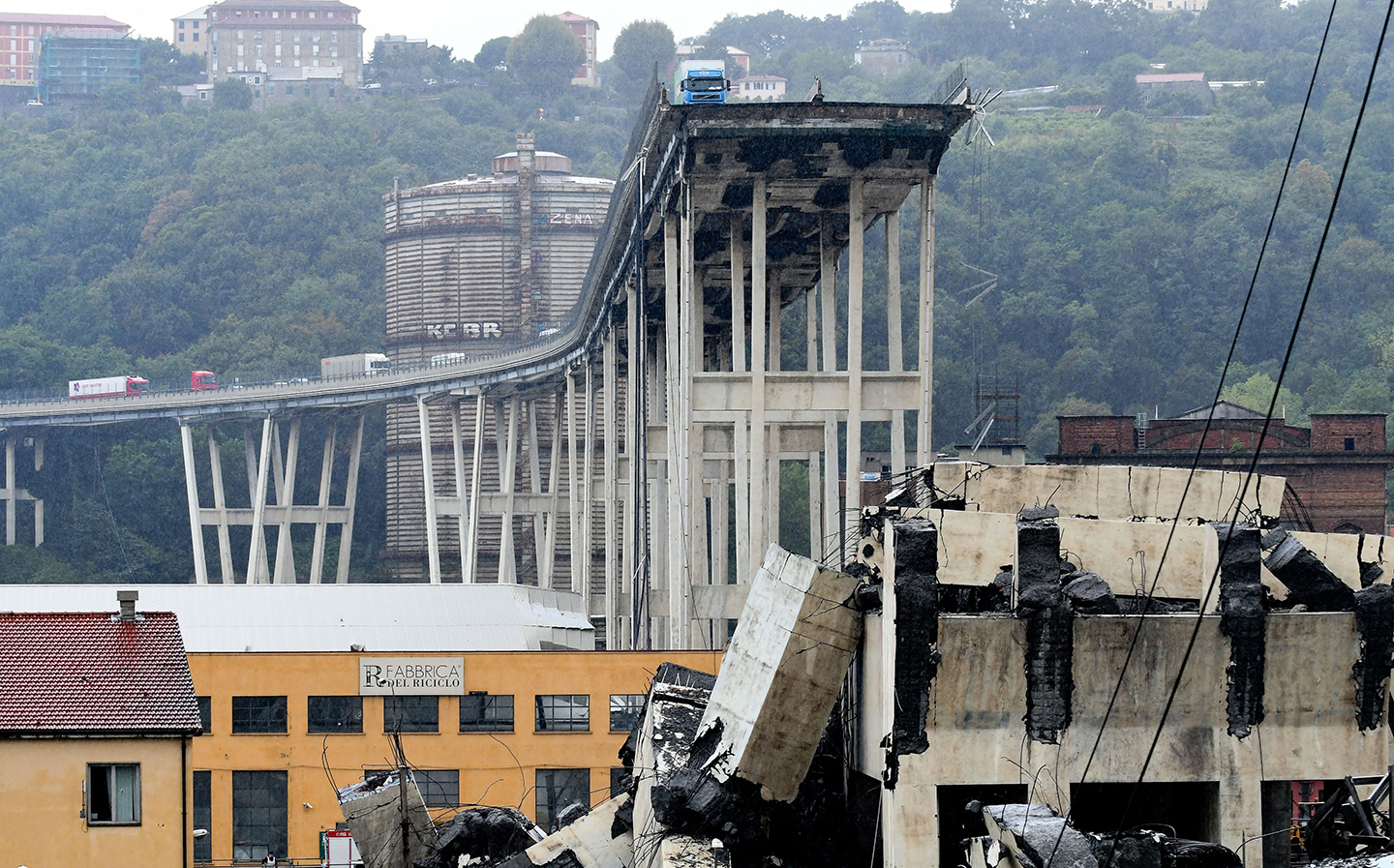 AT LEAST 30 people have been killed in Italy, after a major motorway bridge suddenly collapsed during a downpour.

At roughly 10am local time, a major section of the Morandi bridge near the city of Genoa gave way, with the roadway crashing into the stream below.

Several vehicles were involved as the portion of the bridge came tumbling down, with buildings underneath the structure also being damaged by falling rubble.

According to Italy’s deputy prime minister Matteo Salvini, 30 people have sadly been killed in the bridge collapse. Those who were able to survive the fall and recovered from the wreckage are being treated for their injuries at an undisclosed hospital.

It’s currently unknown what triggered the collapse of the Morandi bridge.