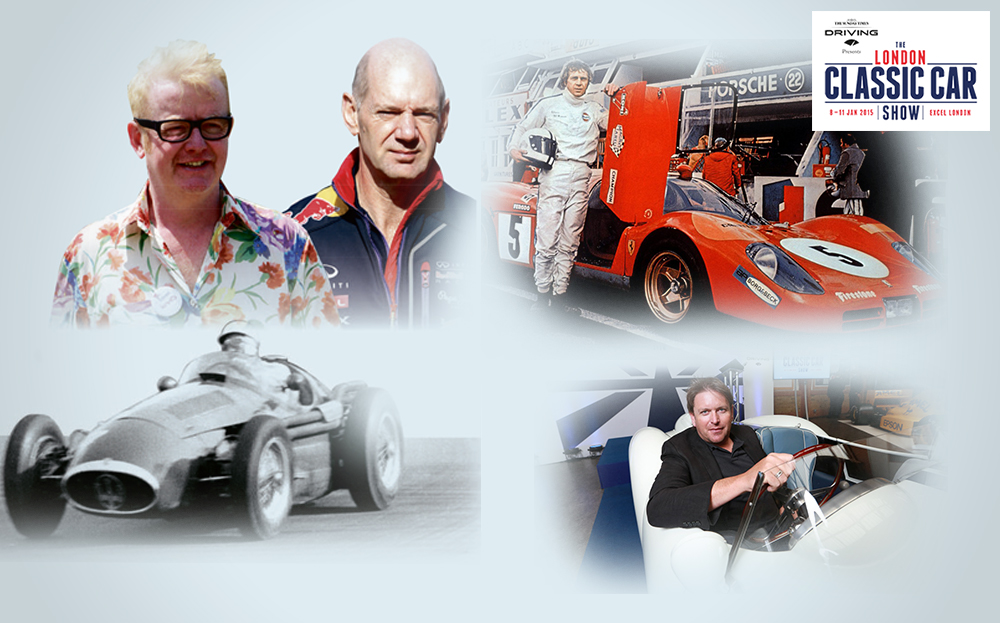 DON’T MISS these highlights at the London Classic Car Show 2015, and scroll down for the opening and closing times.

Chris Evans, the DJ, owns some of the world’s most desirable classic cars, while Adrian Newey, Red Bull F1’s chief technical officer, has designed some of the world’s greatest racing cars. Evans will find out what makes the motor designer tick in a live Q&A on Thursday, January 8, surrounded by some of Newey’s most successful F1 racing cars, at the Adrian Newey tribute area.

Want to know what a Maserati straight-six sounds and smells like? The Grand Parade features 40 of the most desirable classics of all time roaring up the signature road (or pottering, in the case of some vintage models).

Brits have been making the pilgrimage across the Channel to Le Mans ever since the first 24-hour race in 1923. Now Le Mans comes to London, and one of the star cars is the Ferrari 512 that appeared in the Le Mans movie alongside Steve McQueen.

The Motor Sport Hall of Fame celebrates the achievements of Michael Schumacher as well as the Benetton B192 that put the German driver on the map, powering him to his first victory at the 1992 Belgian Grand Prix.

James Martin and some grub

Grub’s up! James Martin loves classic cars nearly as much as he loves cooking, so it’s no surprise that the chef has given a motoring theme to the food served at his Classic Cafe. A sausage sandwich deep-fried in Castrol engine oil, anyone?

Captain Slow has chosen his most significant classic cars of all time. if you don’t agree, argue your point on Thursday when May will reveal his 13th, winning car at the show. 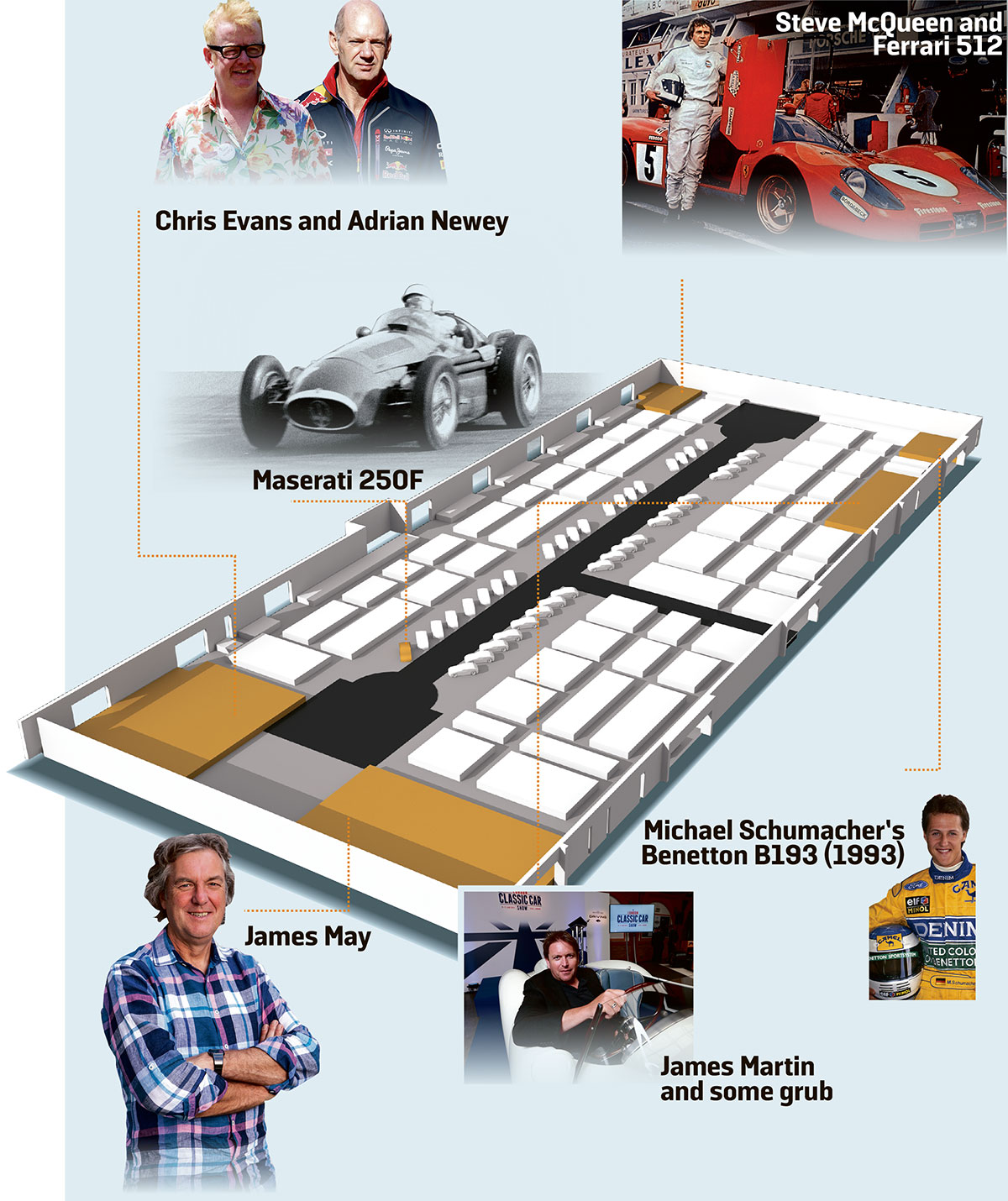 The show is at ExCeL London and is free for children under five, £15 for children up to 16 and from £20.50 per adult. A family ticket for two adults and three children on Sunday is £52 (all tickets subject to £3 booking fee).