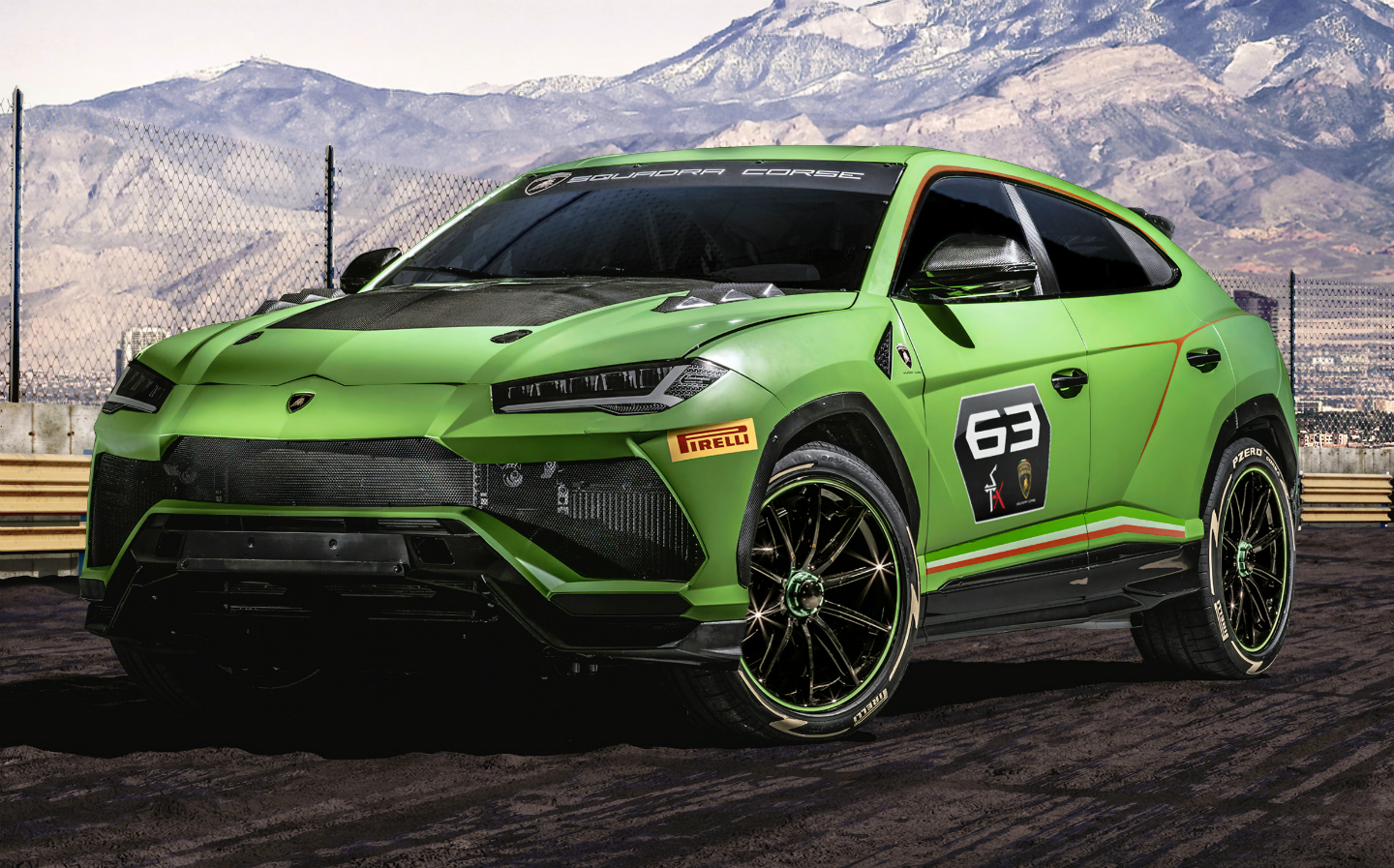 LAMBORGHINI has announced the latest model it intends to bring to the track: its four-wheel-drive Urus super-SUV.

The Lamborghini Urus ST-X, revealed this week in concept form, will be the star of a brand-new one-make racing series that the Italian firm plans to launch in 2020.

A full calendar for the innovative championship will be revealed at a later date, though Lamborghini has confirmed the Urus ST-X will compete at venues in Europe and the Middle East.

To make best use of the car’s 4×4 system, the locations will be “specially prepared FIA-approved circuits” with both asphalt and off-road sections.

Though the power of the standard car’s 4-litre twin-turbo V8 remains unchanged, at 641bhp, Lamborghini claims to have done a lot of work to optimise the performance of the Urus ST-X. For one thing, a massive 550kg has been shed from the road-going Urus.

A large SUV may seem like an unlikely candidate for a racer, but the Lamborghini Urus could be a surprisingly capable track weapon. In his review, Jeremy Clarkson was thoroughly impressed with the luxurious Lambo’s handling, going as far to say the Urus “screams through the corners as if it weren’t on stilts at all“.

One-make racing series are nothing new to Lamborghini. The Italian car maker has run Super Trofeo championships since 2009, with the original Gallardo-based cup cars being replaced by Huracan racers in 2016. Before that it ran the Supertrophy series for Diablo track cars.

The Urus won’t be the first SUV to be given its own championship. We recently tested Jaguar’s pure-electric I-Pace eTrophy, which will take to the track next month as part of a Formula E support series.