JENSON Button has announced that he’ll be competing in the World Endurance Championship this year, setting up a mouth-watering battle against former F1 team-mate Fernando Alonso at the infamous Le Mans 24-Hours race on June 16-17.

Button, who took part in more than 300 grands prix, is joining SMP Racing and will drive a BR Engineering BR1-AER, sharing piloting duties with another F1 alumnus, Vitaly Petrov, as well as Mikhail Aleshin, an experienced single-seater and sports car racer. 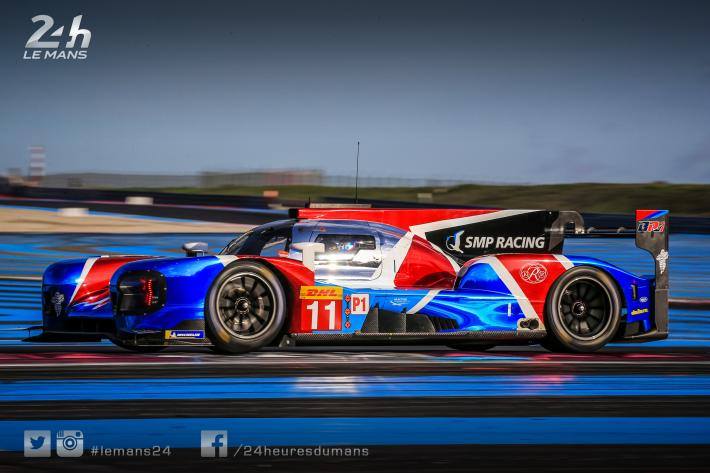 SMP is owned by Russian billionaire Boris Rotenberg, whose brother Arkady is a close confidant of Russian President Vladimir Putin.

With the 2009 Formula One world champion on board, though, the team will be sure to receive a huge British following this year, especially when the series arrives for the round at Silverstone this summer.

Although Button will have to combine the endurance racing with his commitments in the Japanese Super GT Series, the only WEC race he’ll miss is the Total 6 Hours of Spa-Francorchamps, which clashes with the second round of Super GT.

See you at Le Mans! I think every driver at some point in their racing career dreams about the big one, the 24hrs of Le Mans, now it’s a reality for me thanks to @smp_racing, Very happy to be sharing a car with @vitalypetrov and @aleshin_official. So excited about this challenge, racing against some of the best drivers/teams in the World but more importantly competing against Circuit de la Sarthe. #roadtolemans #br1 #smpracing #lemans

Button said: “As you can imagine it has been a dream of mine to race at Le Mans. It is every driver’s dream to go on and clinch that win and I am no different.

“My team-mates for this year will be Mikhail and Vitaly Petrov, who I know very well from his racing in Formula One.

“With those two and all the experience we have from different types of racing, and the team’s experience in endurance racing, we go to Le Mans to fight for the win.

“We have a really good chance of being competitive at Le Mans.

“First of all it is survival, and then you see where you are after the 24 hours and hopefully we are fighting for that victory.”

Button will have his work cut out to best his former McLaren team-mate and fellow F1 champion Fernando Alonso, who will be driving the No. 8 works Toyota TS050 Hybrid MLP1 car alongside Sébastien Buemi and Kazuki Nakajima, both also ex-F1.

Toyota has been looking to win the Le Mans 24 Hours since it joined the FIA World Endurance Championship in 2012, but so far victory has eluded the Japanese marque. The team was cruelly denied a victory in 2016 with just three minutes left to race, due to a mechanical failure.

The 2018 TS050 is an evolution of the car it ran last year with tweaks to increase engine reliability, improve aerodynamics and include a rear-view camera, as well as changes to meet the latest regulations,

The company’s chief car maker rivals in LMP1, Audi and Porsche, both pulled out of WEC — in 2016 and 2017 respectively — leaving Toyota the sole manufacturer in the top class this year. However, new rules that allow privateer teams to use more energy and fuel per lap, and run lighter cars, means that Toyota will have another fight on its hands.