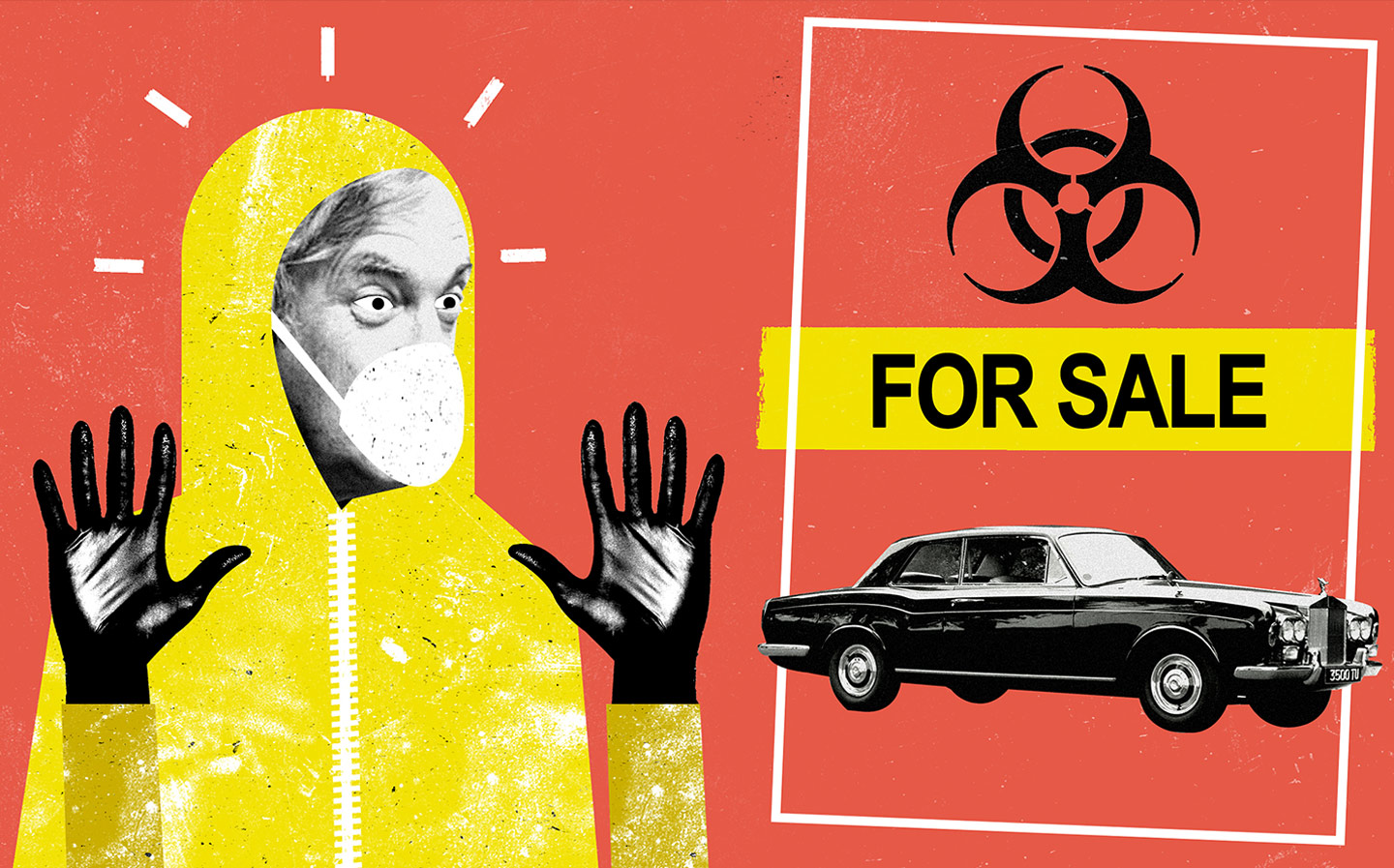 MY RELATIONSHIP with old cars has worsened steadily over the past few years. Having made two series of Cars of the People for BBC2, I can state categorically that they don’t work properly. Not even when they’ve been lent to you by Porsche’s own museum.

As an idea, the car came good only circa 2005. Everything before that was a protracted research and development programme foisted on the unsuspecting public. We should probably keep one example of everything in a museum, as a warning from history, but the rest should start new lives as kettles and toasters.

My relationship with my own old car, a Rolls-Royce Corniche hard-top, is especially troublesome. I wanted one of these ever since, as a fluff-faced youth, I dropped back in a line of slow-moving traffic to allow one to blend in from a slip road.

In those old days, as Tennyson might have it, one summer noon, an arm/Rose up from out the bosom of the car,/Clothed in white samite, mystic, wonderful,/Waving a thank-you to me.

I eventually bought one 20 years later, in 2008, a lovely original and unmolested 1972 car in garnet with a rich-tea-biscuit interior. I fell for that old “Rolls-Royce for Mondeo money” chestnut and, on the whole, it’s worked out quite well.

A Corniche with a 1950s-era 6.75-litre V8 is not economical, spares for old Roycers are a little on the dear side and I have been a bit neurotic about the whole business and made sure it’s never wanted for anything. Not even an internal lightbulb. I paid £20,000 for the car and I’ve probably spent more than half that on looking after it, so the big question is: has it depreciated? We’ll find out in two weeks, as it’s up for sale at the Bonhams Goodwood Members’ Meeting auction. I simply can’t drive it any more.

Here’s why. I drive around in the Royce for a bit, put it back in the garage, go into the house and become aware that I feel a bit, as my grandmother would have said, queer. A bit itchy. A little like I’m coated in an invisible layer of something unsavoury.

“Churchill was tormented by the black dog of his despair during the night; I am tyrannised by something horrible lurking in the wicker”

If Sarah, my other half, approaches me after I’ve been in the Corniche, she recoils with horror and says: “Urgh. You’ve been in the Rolls-Royce.” I then have a thorough shower with carbolic soap and a wire brush, and domestic harmony is restored.

Meanwhile, I’ve discarded whatever I was wearing into the laundry basket in the bedroom. But then, come bedtime, I’m kept awake by it. Churchill was tormented by the black dog of his despair during the night; I am tyrannised by something horrible lurking in the wicker. So all the clothes have to go into the washing machine, along with the cotton liner of the basket itself. It’s become that bad.

I’d be interested to know if anyone has experienced anything similar with an old car. My highly qualified and level-headed colleagues put it down to me being “weird”, but I know I’m not imagining it. It has rendered the car fairly unusable, really, because I can’t drive it to any sort of event. I can drive it only if I end up back at home for a damn good boil.

What I am describing here is not, I suspect, a true allergy. I don’t come out in a rash, have difficulty breathing or anything like that. No one else who has ridden in the car has been affected; most people comment on how nice it smells in there. There’s nothing wrong with it (just in case you’re thinking of bidding). It’s all about me and the way I react to it, and it has become partly psychological because I’m reluctant even to open the door.

What is it? I’ve talked to a few people who understand this sort of thing, and one compelling explanation is that it’s the horsehair used to stuff the seats. Horsehair was known to cause illness among upholsterers in the olden days, not least because it could contain anthrax spores. But I have never had any problems with living horses, apart from a tendency to fall off them, so I’m not sure it’s that.

I have noticed, however, that other old leather things — jackets, antique suitcases, some other cars, Jeremy Clarkson’s face — can have a similar effect on me. I also know that tanneries in the past used processes and chemicals so horrible that modern legislation has in effect outlawed them. I’ve heard stories of visitors to tanneries vomiting. 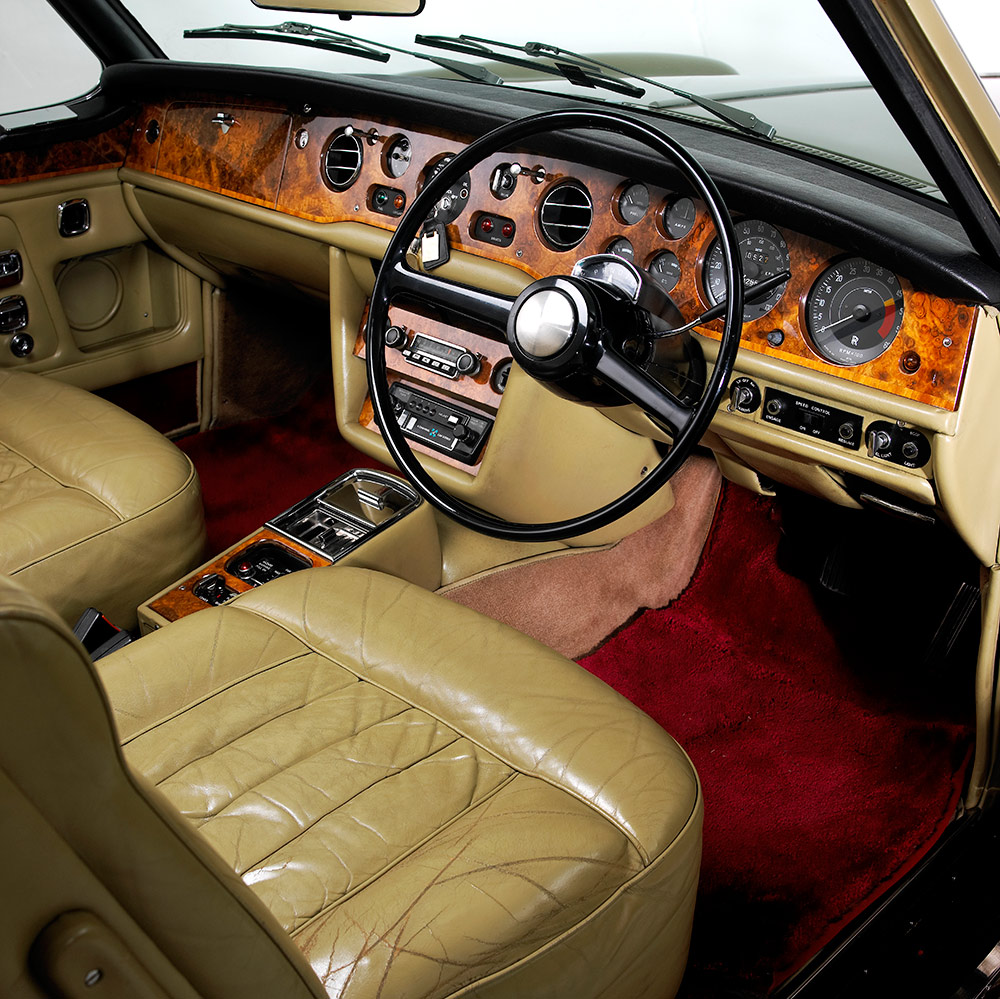 This is what I think it is. Something that was used in the preparation of the Corniche’s leather is changing in some complex molecular way and drifting around in the car’s interior. Cleaning it with expensive stuff seems only to excite whatever is going on in there. I’m fairly confident it’s not a reaction to Bakelite or exquisite marquetry, so it must be something to do with the leather.

I realise this must all sound a bit First World problem — man can’t drive his Rolls-Royce because it makes him feel funny — but there it is. It doesn’t happen in modern leather-trimmed cars, and shoes don’t trouble my feet in the slightest. But the Rolls does, so it has to go. It’s sad because it’s a thing of great loveliness, but I was itching to own one for years and the problem should have gone away when I bought it, not gradually intensified.

What this (admittedly unusual) experience has done is fortify me in my growing belief that leather is a ridiculous material for car upholstery. I left for work this morning wearing my new coat, which is thermally insulated, lightweight, durable, wipe-down, waterproof yet breathable. Synthetics have come a long way since we turned our noses up at vinyl, leatherette and velour.

Yet as I drove I was sitting on something like a dead bullock’s buttocks. How medieval is that? Leather is too hot in summer and too cold in winter; it dries out, cracks, scuffs and stains. Car makers charge a hefty premium for it, but it’s nothing more than a by-product of cheeseburgers. Maybe it’s time for us to move on.

Unless you fancy a very tidy 1972 Corniche, in which case don’t move on just yet. 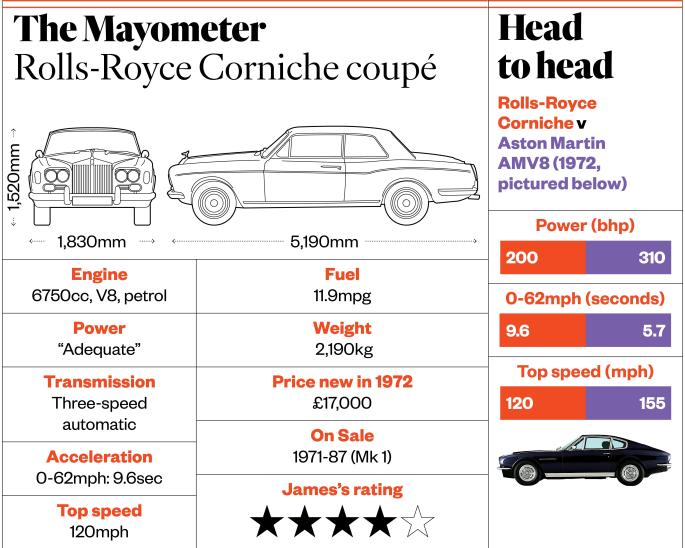