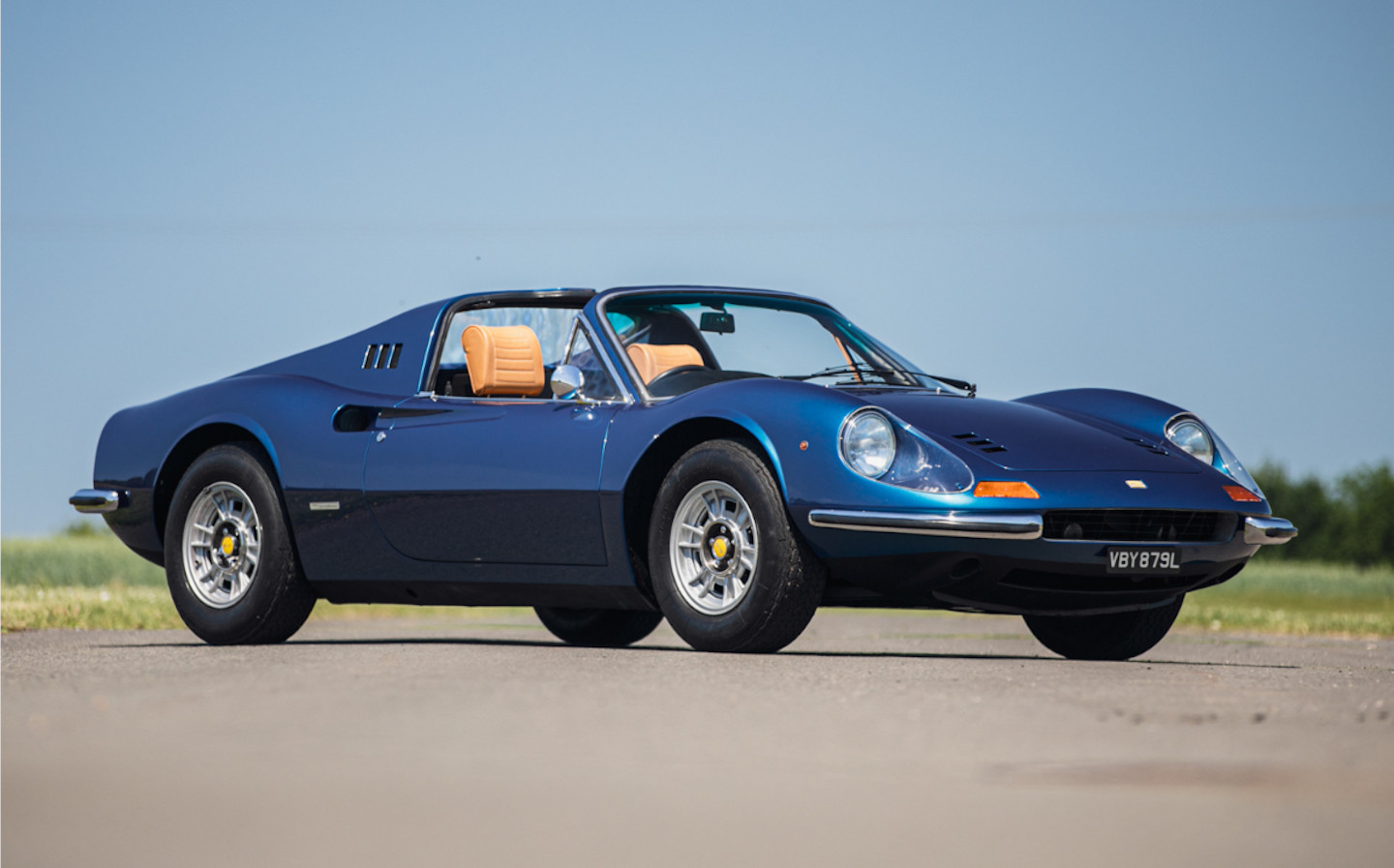 AN ECLECTIC group of cars are going up for sale this weekend at the Silverstone Classics Auction.

Five collections comprising 110 cars encompass everything from nifty, stripped-back modern sports cars like the Zenos E10 to heritage models including a Swallow SS1, which can aptly be described as the 1930s in a car, with its black and white paint-job and art deco styling.

The highlights, however, lie in a number of classic sports cars. A 1973 Ferrari Dino 246 GTS, finished in a deep, oceanic “Azzuro Dino Metallico” will have you googling “how much are my kidneys worth” in your frantic search for its estimated £300,000 – £350,000 asking price.

One of only 235 models supplied to the UK, the matching numbers example only has 18,275 miles on the clock. Dino, named after Enzo Ferrari’s son who died tragically at 24 years old, became a marque within Ferrari in the late 1950s, and released smaller, more affordable models rather than the V12 monsters Ferrari released under its own branding at the time.

Powered by a mid-mounted V6, the Dino 246 GTS is renowned for its beautiful looks and engine note, as well as its supple handling.

The 246 GTS makes up part of the SA-30 collection, a set of remarkable cars assembled to celebrate the 30th anniversary of the Silverstone Classic. To make things more exciting for those attending the auction, all the cars in the SA-30 collection are being offered with no reserve — meaning a couple of lucky buyers could get their hands on a classic model for a bargain price.

Other Italian beauties on offer include a 1949 Alfa Romeo 6C 2500 Super Sport Cabriolet, which underwent complete restoration in 2009. With cabriolet coachwork by Battista “Pinin” Farina, the iconic Italian car designer and coach builder who became famous for his work with Ferrari, the Alfa is decked out in a dark shade of navy with a red leather interior.

A model with similar coachwork won first place at the Villa d’Estat Concours in 1949. Similar in value to the Ferrari, auctioneers think it’ll go for between £315,000 and £350,000. 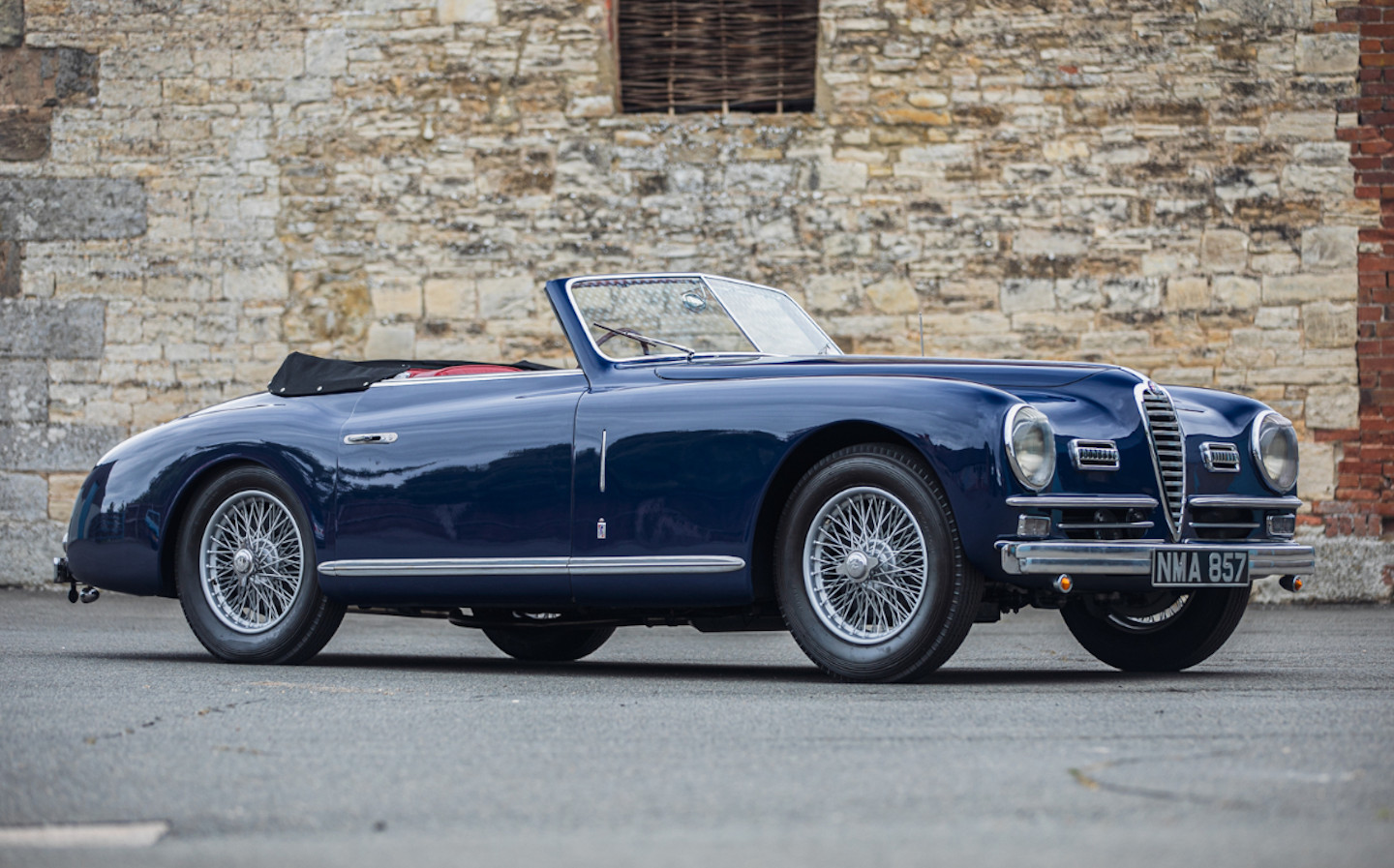 Another model that may pique the interest of discerning Italophiles is a matching-numbers Maserati Mistral Coupe, from 1964. It’s one of only 23 to have hit UK roads and costs peanuts in comparison to the Alfa and the Ferrari — Silverstone reckons it’ll go for a measly £130,000 – £150,000. Pocket money, really. Especially compared to the 1972 Lamborghini Miura on offer, which is expected to go for £1.8m to £2.4m.

Silverstone is not neglecting customers looking for something a bit more home grown, though. Alongside a raft of mid-to-late 20th century Bentleys, there are a number of Jaguar E-Types (including this one owned by Steve Coogan) as well as a pair of Jaguar XJ220s. The beautiful XJ220 caused a stir in its day partly because of its beauty but also because it was powered by a turbocharged six cylinder engine, rather than the mammoth V12 that customers had been expecting.

Nevertheless, it could hit a 220mph top speed (the clue’s in the name), getting to 0-60mph in just 3.5 seconds. For a period, it was the fastest car in the world, until it was usurped by the McLaren F1. 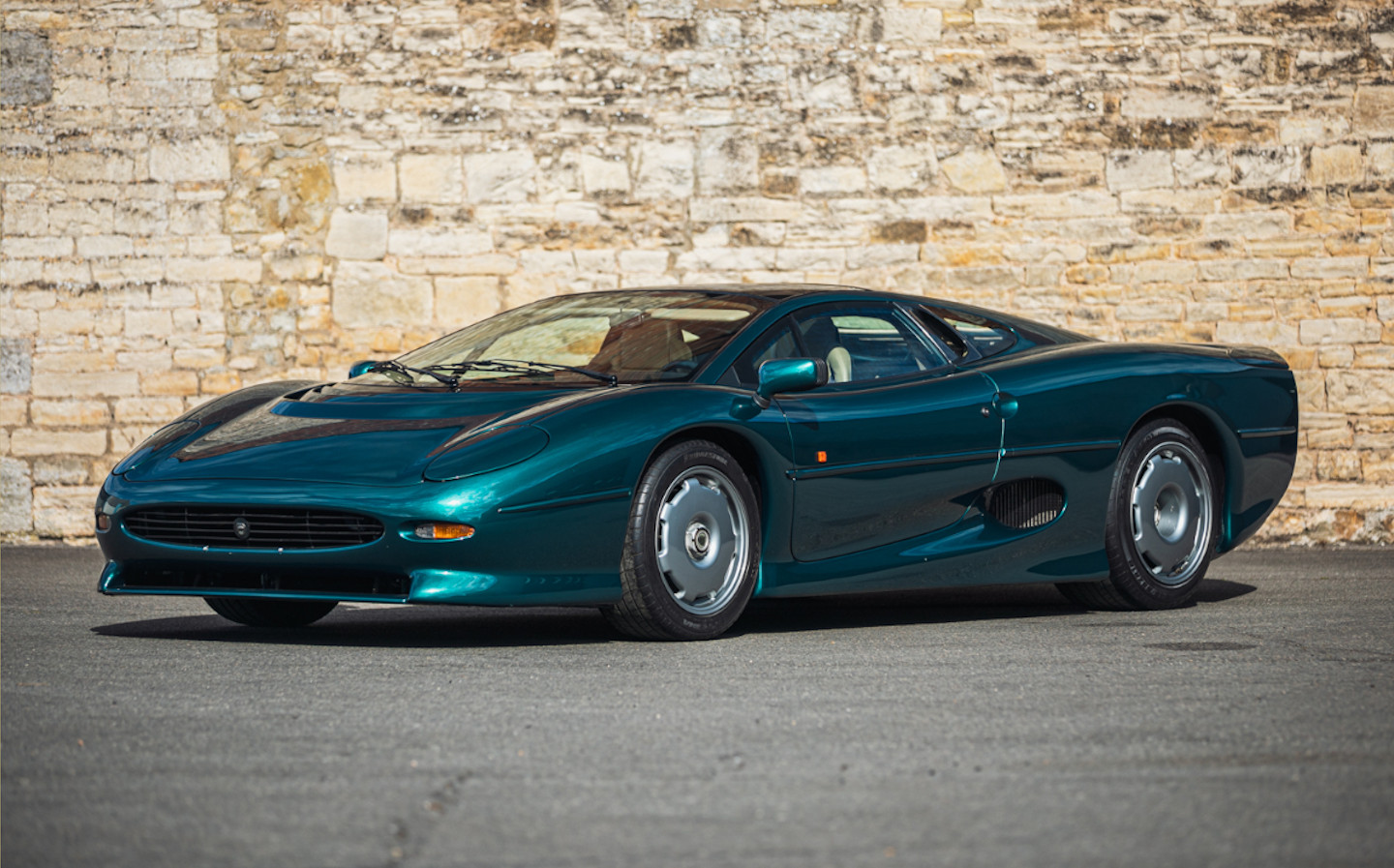 The weekend will also see an online celebration of the 30th anniversary of the Silverstone Classic festival, which — like many events — was cancelled this year due to the coronavirus pandemic. The celebrations will be hosted on social media by two of motoring TV’s most recognisable faces — Tiff Needell and Louise Goodman, who usually team up to present ITV4’s coverage of the event, which has been scheduled for July 30 – August 1 next year.

The celebration will take place across the weekend, taking breaks so that fans can watch the British Grand Prix (at Silverstone) on Saturday and Sunday afternoon.

Steve Coogan’s rare Jaguar E-type is up for sale