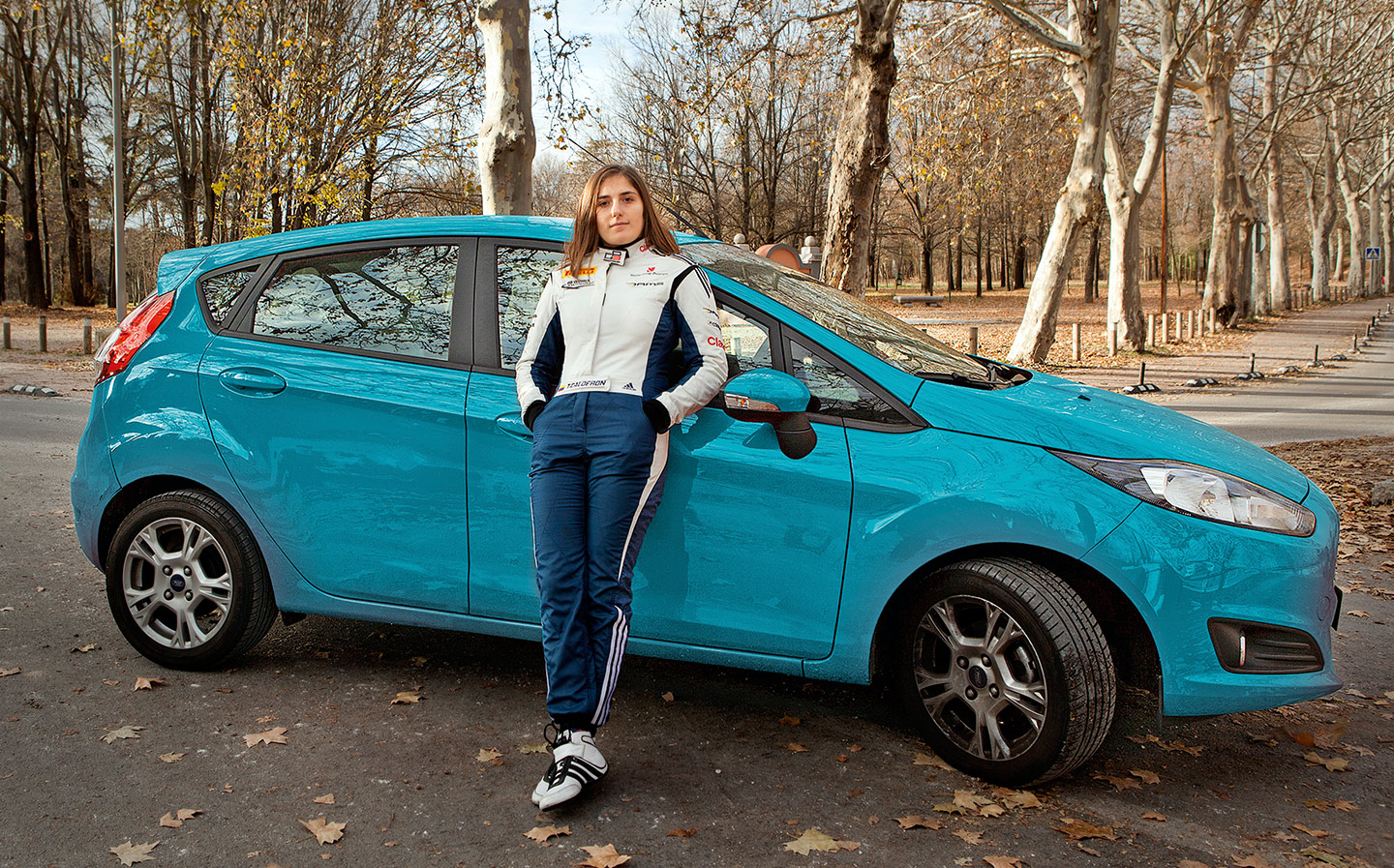 IT’S MORE than 40 years since a woman competed in a Formula One championship but Tatiana Calderon is determined to make the starting grid. The Colombian has just been promoted to test driver for Swiss team Alfa Romeo Sauber — a job usually handed only to drivers ready to race in the male-dominated world of F1.

Calderon, 25, seized her opportunity after a strong season in GP3, a series regarded as a feeder to F1. Since joining Sauber, initially as a development driver in February 2017, she has helped to fine-tune F1 cars and trained in a racing simulator. This season she will shadow Sauber’s drivers during grand prix weekends, putting the team’s latest F1 racing car through its paces.

“It’s a dream job but just a stepping stone to becoming an F1 driver,” Calderon says. “Ever since I started karting in Bogota as a five-year-old I have wanted to go fast, and F1 is the fastest. My goal is not just to race in F1 but to win.”

She hopes to follow in the treadmarks of Maria Teresa de Filippis, who in 1958 became the first woman to race in the top tier of motor sport. In 1975 Lella Lombardi was awarded ½ a point in the Spanish Grand Prix — the only woman so far to score in F1.

Since then, few women have made it on the track. The last was Susie Wolff, a test driver for Williams until she quit motor sport in 2015. “Susie has been my mentor — she knows what it is like to be a woman fighting for respect in a man’s world,” Calderon says.

Even as a girl, she was singled out on the track by others, and not in a kind way. “I was better than most of the boys and they didn’t like it. They would hit my kart to force me off the track. The next race, I did the same to them — that won me their respect.”

“I persuaded my parents to buy me a kart when I was nine … I played with Barbie dolls and toys but I was more of a tomboy.”

Calderon’s parents run a car dealership in Bogota and her father bought her a 50cc Yamaha motorbike to ride around the family farm when she was five. “Then I went to a kart track with my sister, Paula, who is now my manager, and fell in love with speed and adrenaline,” she smiles.

“I persuaded my parents to buy me a kart when I was nine and there was no looking back. I played with Barbie dolls and toys but I was more of a tomboy.”

She raced touring cars when she was only 14 and passed her driving test at 16, the legal age in Colombia. “A year later my parents bought me a green Kia Picanto. It was tiny but I would practise my heel and toe skills, following the racing line around roundabouts.”

A Kia Sportage SUV followed, although it wasn’t exactly the sports car she dreamt of. “My parents knew it was a safe vehicle. Still, I would practise my reaction time at the traffic lights, imagining it was the start of a race.”

Calderon moved to Madrid at 19 to compete in European Formula 3. “Again it was tough — I had to earn the respect of the other drivers. Even now, when I take my helmet off there have been comments. They say I’m ‘good for a girl’. That really pisses me off and makes me want to do better. ”

Calderon bought a second-hand Fiat Punto when she moved to Madrid. “It was all I could afford. It wasn’t out of choice but the Punto served me well. When Paula joined me in Spain, we bought a Ford Fiesta together. I like it very much: the handling and grip are exceptional for a small car.”

The sisters also run an old Smart Fortwo. “It also helps me train for F1 because some F1 cars don’t have power steering either. I can find something to improve my racing skills in every car I drive.”

And she’s hoping that honing her skills will pay off: “I haven’t met Lewis Hamilton. Maybe in a few years’ time I will get my chance to beat him.”

Tatiana Calderon: my life in cars