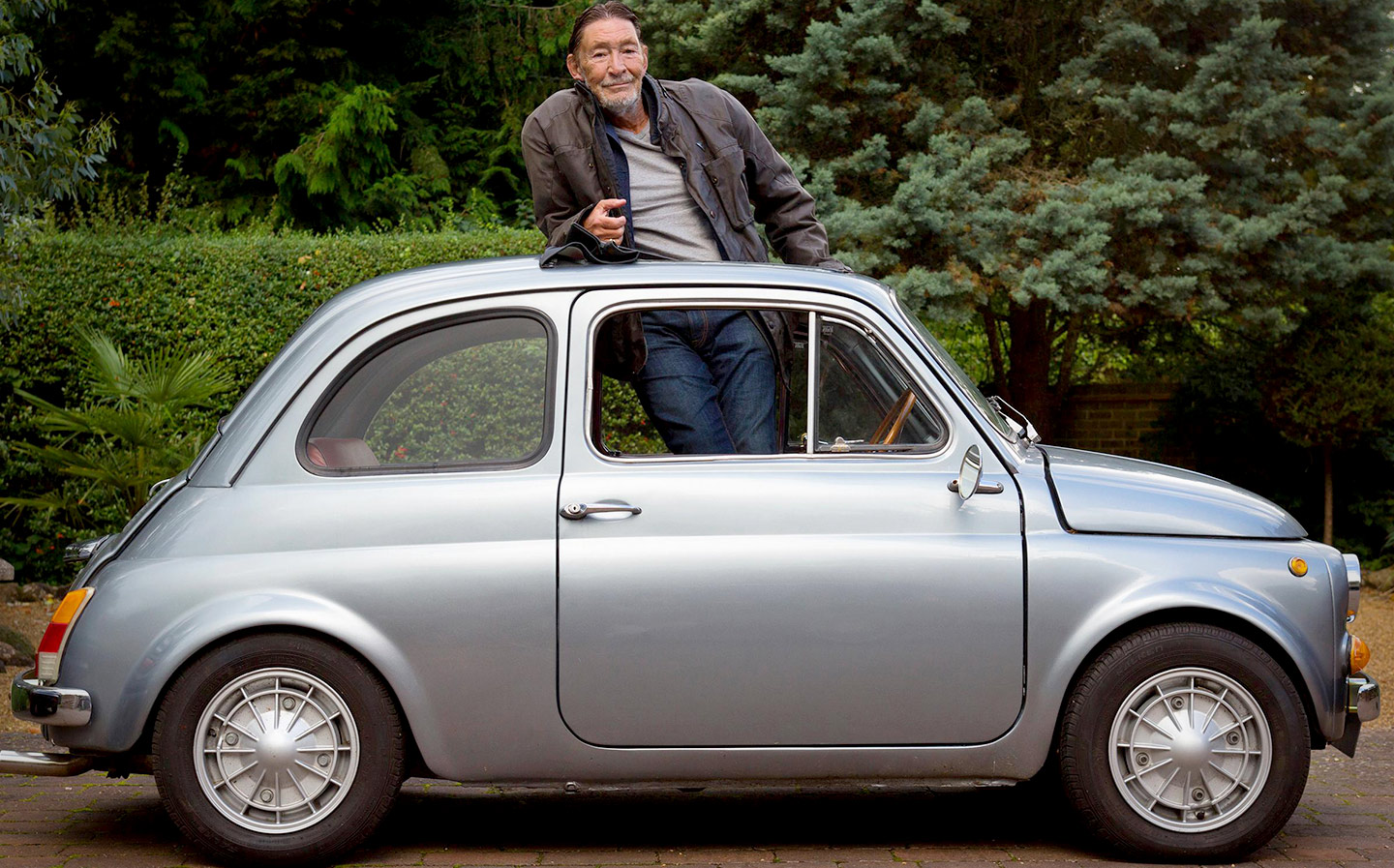 “YOU DON’T need to take drugs to be an addict,” says Chris Rea, the gravel-voiced singer behind such hits as Driving Home for Christmas and The Road to Hell. “I’m very happy to admit that I’m a four-wheel addict.

“It all started with my dad and the summers we spent in Italy. I’m from an Italian-Irish family, so there were a lot of us, and we’d all pile into a converted Humber hearse for the long drive from Middlesbrough, down through France, Germany and Switzerland. Dad was a fantastic storyteller and used to weave wonderful tales of Ferraris, the Reims Grand Prix and the Mille Miglia [endurance road race]. This stuff exploded in my head like LSD.”

Rea was one of seven children and the family name was well known in Middlesbrough, thanks to his father’s ice cream factory. “I actually took my test in one of Dad’s ice cream vans,” says the 66-year-old. “When I did the emergency stop, the tester fell off the box he was sitting on and gashed his leg. I had to take him to hospital, but he still passed me.”

After a spell delivering ice cream, Rea took up the guitar and released his debut album in 1978. After his single Fool (If You Think It’s Over) became a hit, he had enough money to splash out on a Ferrari Dino, but then success started to peter out . . . until he bought a Volvo 340 hatchback.

“My career was saved by that car,” he laughs. “Things had gone quiet in the UK, so I drove all over Europe doing as many gigs and TV shows as I could. I must have done 60,000 miles in that Volvo.”

“I bought my first Caterham in 1988 and I’ve upgraded every time they change it. It’s the same colour blue, though, so my wife thinks I’ve got the same car”

When The Road to Hell was released in 1989, it went to the top of the UK album chart. The title track was inspired by the M25 and M4. “Music and cars fit together very well,” says Rea. “A lot of the new album, Road Songs for Lovers, was written while I was driving into London on the M4 from my house in Berkshire.”

One car he always wants in his garage is a Caterham Seven. “I bought my first in 1988 and I’ve upgraded every time they change it. It’s the same colour blue, though, so my wife thinks I’ve got the same car. It’s heaven to drive.”

Rea, who married his childhood sweetheart, Joan, and has two grown-up daughters, Josephine and Julia, also owns a tiny classic Fiat 500. “Whenever people see me in it, it makes them smile. Unfortunately, it’s becoming a bit too small for modern roads. I was forced onto the pavement by a woman driving a Range Rover the other day. She was on the phone. She didn’t even see me.”

Rea has raced historic cars and is also a fan of Formula One. He used to be a regular in the pits, hanging out with Eddie Jordan, then owner of the Jordan F1 team. “Me and Eddie became big mates and, one year, he even made me part of the pit crew. I had the full uniform. He put me in charge of the tyre-warmer for the rear right tyre of Eddie Irvine’s car.”

He feels F1 today is too clinical. “The other week, I saw back-to-back comparisons of a pole lap from Lewis Hamilton and Ayrton Senna. The Senna lap was much busier because he was having to work the car, hustling it through chicanes that looked like they could break your neck. You don’t get that now, the cars are too good.

“I wonder if it’s time for the Formula One bosses to sit down with fans and ask us what we want. Do we want to see the march of technology? Or do we want to see people driving cars?”

Chris Rea: my life in cars