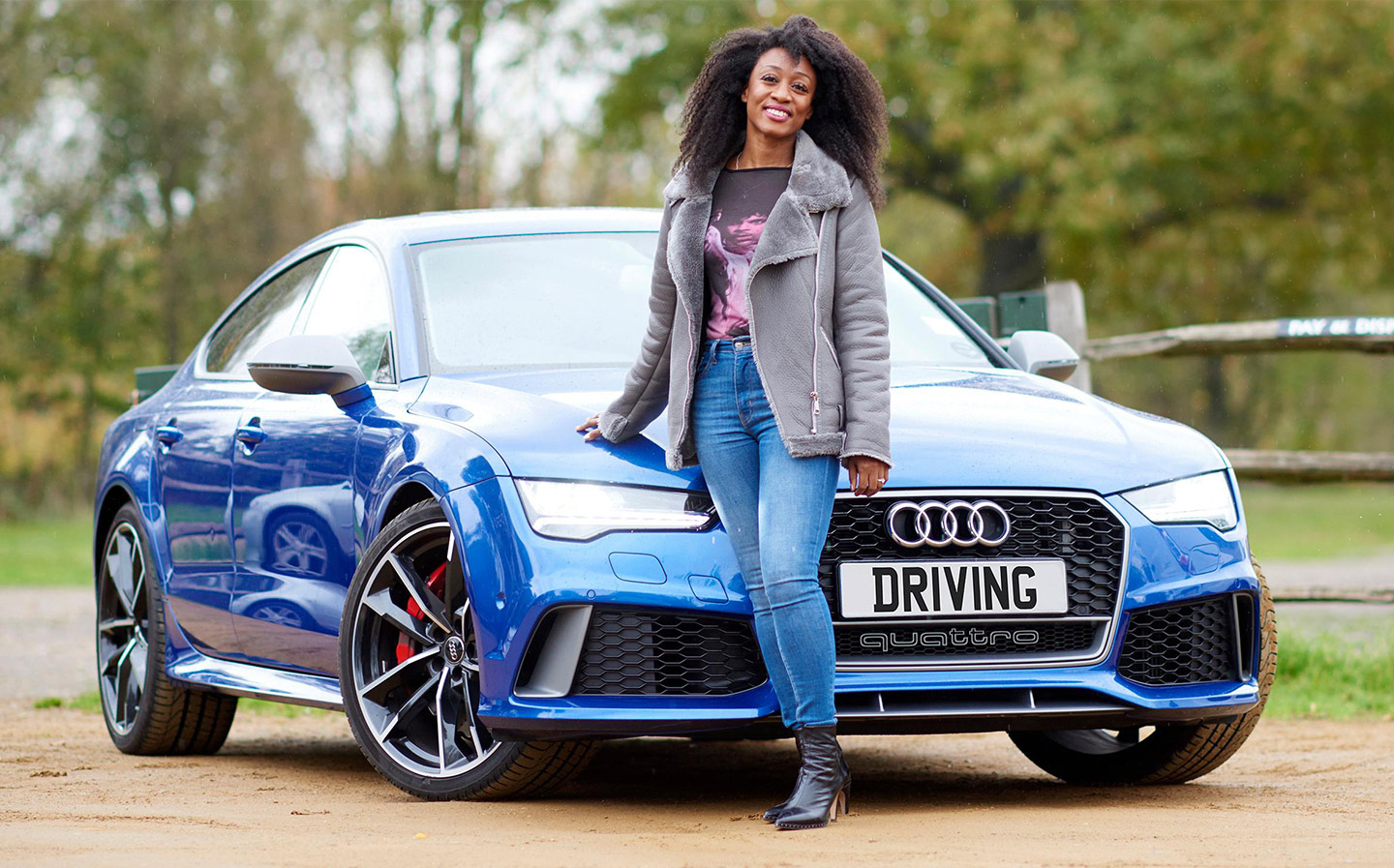 GROWING up in Wolverhampton in the 1970s, nothing represented freedom for Beverley Knight, soul singer and Mobo award winner, more than her father’s blue Bedford van.

“I used to sit in the front with him on those hot, Seventies summer days . . . no seatbelt, feet dangling off the seat,” says Knight, 44, wistfully. “After we left our street, we passed factories with smoking chimneys and huge blocks of flats. I thought we were driving to another world, but we were probably just going to Walsall.”

For a little girl in the West Midlands, the van offered a chance to see what was over the horizon. “Do kids still get excited about going to the shops in Dad’s car?” wonders Knight, who released her first album in 1995. “So many families have got two or three cars now; it’s nothing special. Thanks to my dad, I’ve never lost that feeling of excitement. Every time I sit in a car, I have to smile.”

For the past few years, Knight has had plenty to smile about. Having started her driving career in her mother’s Ford Escort Mk 2, she is now a brand ambassador for Audi and her runaround is an Audi RS 7.

“I’ve taken it on a few track days and the instructors always comment on how smooth I am,” she says. “Yeah, I could have the back end swinging all over the place, but I prefer to concentrate on making sure the car is in the right place on the track. I see a lot of blokes on track days and they look so uptight and angry. When I’m behind the wheel, I don’t have anything to prove. I’m there to relax and have fun.”

Knight has been singing since childhood, honing her voice at her local Pentecostal church. She signed her first record deal while still at university. There was no multimillion-pound advance, but the deal financed her studies and left enough to buy her first car: a second-hand Citroën AX.

“It only had a 1.1-litre engine but, to me, it was a Ferrari,” she laughs. “I was one of the very few students that had a car and I was also one of the even rarer students that didn’t drink. As you can imagine, I became the friend that everybody wanted.

“One Saturday night, I ferried several members of the rugby club back to uni via the pub. Poor Cindy — that’s what I used to call my AX — she earned her keep.”

“My Audi RS 7 is called Geoffrey, after the butler in The Fresh Prince of Bel-Air, because he’s always at my service”

By the mid-1990s, Knight was part of the British funk explosion, charting alongside the likes of the Brand New Heavies and M People. Success required a set of suitably stylish wheels, so she ordered a new . . . Vauxhall Tigra.

She howls with laughter. “That says a lot about my idea of glitz and glamour, doesn’t it? My records were doing OK and I could have gone for a real head-turner, but the Tigra had just been released and it looked sooo cute!”

In recent years Knight has branched out into musical theatre, starring in West End productions of The Bodyguard and Memphis. She is based in London and, despite the traffic hassles, she still prefers to drive everywhere.

“The car has become my haven. No matter what life throws at me, I can get in the car, turn up the music and put my mind back together.

“A couple of weeks back, I needed to be in Glasgow. I knew it would be quicker by train, but I jumped in Geoffrey [the RS 7] — I call him Geoffrey, after the butler in The Fresh Prince of Bel-Air, because he’s always at my service. It was a wonderful journey — dark skies and sunshine, the air filled with the smell of rain on the wet earth, singing along to Al Green and Prince. I can’t see them letting me get away with that on the 7.30am from Euston.”

Songs from the Stage by Leading Ladies, featuring Knight, is out now.

She appears in Cinderella at the Birmingham Hippodrome until January 28

Beverley Knight: my life in cars