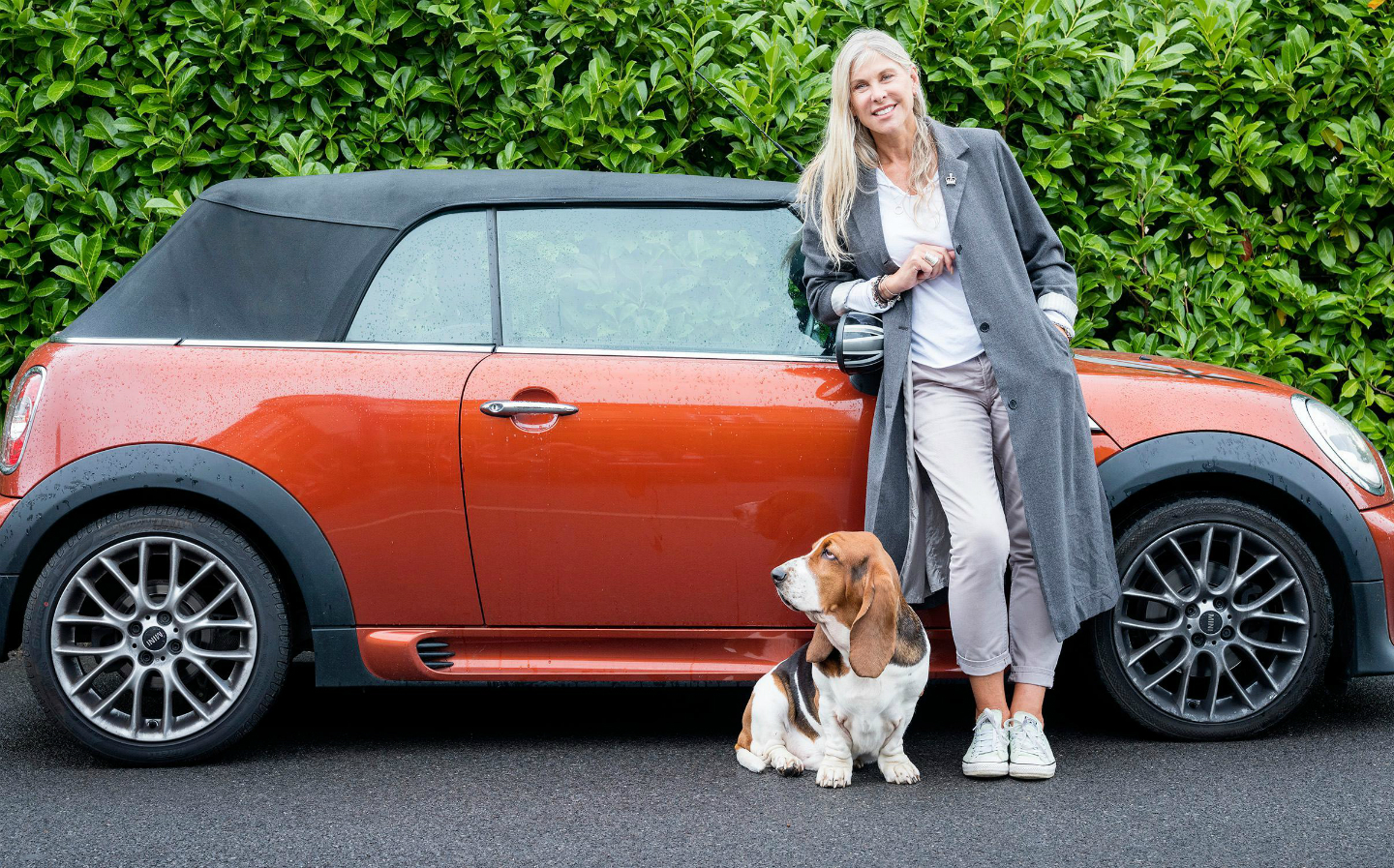 DESPITE her success in the pool, including an Olympic silver medal and two golds at the Commonwealth Games, Sharron Davies says she never earned a penny from swimming. It’s the television career that followed that has enabled her to indulge a passion for cars, including a Mercedes CLK cabriolet, a Porsche 911 and a Jaguar XKR.

However, her first motor left her in the slow lane. “It was a Citroën 2CV that had no performance whatsoever,” she laughs. “It would take me long hours to drive up to London on the A303 from the family home in Plymouth. It finally had to go when the gearstick came off in my hand.”

Davies, 55, was six when she started swimming — one of her first prizes was a box of Maltesers for completing a width of the pool. She joined the British team aged just 11, coached by her father, Terry . “My swimming dominated family life,” she says. “Every penny my parents earned went into my sporting career. Dad would drive me to the pool early in the morning and on to school in his Austin Princess — a terrible car.”

Davies was only 13 when she was selected for the 1976 Olympics in Montreal. She missed out on a medal but caught the national attention. Two years later, still only 15, she won two gold medals at the Commonwealth Games, in the 200m and 400m individual medleys. In 1980 she clinched silver in the 400m medley at the Moscow Olympics. Years later she discovered that the East German swimmer Petra Schneider had used performance-enhancing drugs to beat her to gold. Despite an appeal, the International Olympic Committee refused to upgrade Davies’s medal. “It still irks me. One Christmas, Dad and my daughter, Grace, sneaked my medal away and had it gold-plated. That was a fantastic present.”

After passing her driving test, she drove her father’s Austin. The car was written off when she braked to avoid a bus and another driver ploughed into the rear. She got the 2CV the year after her Olympic glory. Then, for several years, she focused on modelling and television, upgrading to a sportier Honda Prelude. “It was a cool car for a youngster, but something went wrong with a back wheel and it ended up on its roof. I escaped with a bruised shin.”

Something went wrong with the Honda Prelude and it ended up on its roof. I escaped with a bruised shin

In 1989 she returned to swimming and surprised many by winning a silver and a bronze medal at the Commonwealth Games in Auckland in 1990. When she finally retired, she was driving a Ford Escort. “It was a car sponsored by Weetabix and had the logo splashed along the side.” She changed it, as quickly as she could, for a “much more refined” Mercedes convertible.

Davies enjoyed a memorable stint in the 1990s on the game show Gladiators as Amazon. More recently she took part in Celebrity Island with Bear Grylls and has been a commentator for the BBC.

With her TV work bringing in a good income, she splashed out on a BMW 8-series, followed by a 911 and a Lexus RX hybrid. “By then I had three children and needed something a bit more family-oriented,” says Davies, who has been married three times and has two children from her second marriage, to the athlete Derek Redmond, and one from her third marriage, to Tony Kingston, a BA pilot, which ended in 2009.

One constant in her life has been a Mini. She bought one when the car was relaunched by BMW in 2001 and now has a convertible at home in Bradford-on-Avon, Wiltshire. “I did have a John Cooper Works Mini too — it was seriously quick. I used to race inshore powerboats, so I’m not afraid of speed.”

Sharron Davies: my life in cars