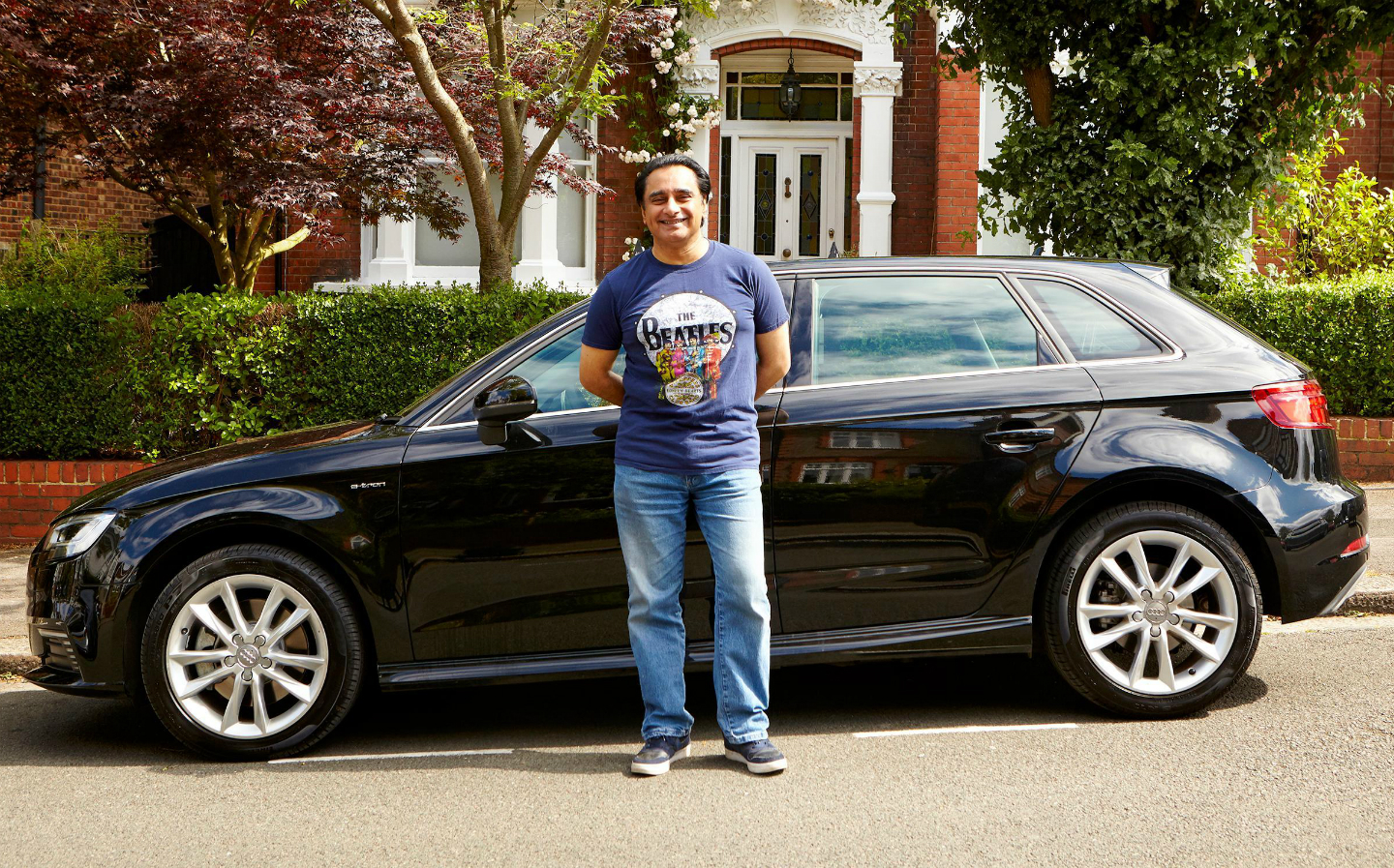 SANJEEV Bhaskar earned his comedy stripes in the 1990s sketch show Goodness Gracious Me, became a household favourite in The Kumars at No 42, and recently branched out in the dark ITV crime drama Unforgotten, which pipped the BBC’s Poldark to top the ratings. It’s a career Bhaskar very nearly missed out on.

Growing up with his parents and younger sister above the family’s launderette in Hounslow, west London, he voiced his desire to be “an actor”, only for his father to shoot back: “It’s pronounced ‘doctor’.”

This was not the only thing father and son did not see eye to eye on: driving was another source of tension. “My dad would throw me the keys to our Nissan Violet as we left the house,” says Bhaskar, 54, recalling his early driving lessons. “Neither of us was talking to the other by the time we returned 20 minutes later.”

Everyone was relieved when he passed his test first time at 17. But then his father’s plan to buy him a car backfired. “I was desperate for my own car, so Dad insisted we take an engineering-genius friend to an auction with me,” he says. The friend told Bhaskar to make a couple of practice bids by putting his hand up, and then a two-door Morris Marina was brought in. “My hand shot up when the auctioneer said, ‘Do I hear £350?’, and it was stereo silence at £400. Down the hammer came with the words, ‘Sold to the startled-looking gentleman in the third row.’ I was stuck with a lime-green Morris Marina.”

Aged 18, Bhaskar headed off in his dodgy Marina to study marketing at Hatfield Polytechnic. “The passenger door wouldn’t open, so people had to climb across me,” he laughs. “In winter, the only way to start the car was to take out the four spark plugs, put them under the grill to warm them, and quickly reattach them and start the engine.”

The Nissan Violet wasn’t much of an upgrade. I was convinced it was the dirt and rust holding it together.

The final nail in the Marina’s coffin was the petrol tank springing a leak. “I’d had enough, so I had a scrap merchant round to see it. I certainly didn’t inherit the Indian bartering gene. I said, ‘Give me £350 and you can take it now.’ He said, ‘I’ll give you £50,’ and I said, ‘Done!’”

Bhaskar’s father took pity on him and gave him the Violet. It wasn’t much of an upgrade: “It got to the point where I was too scared to wash it because I really was convinced that it was the dirt and rust holding it together.”

By this point, Bhaskar, 54, had started working in the marketing department at IBM and the Violet was “literally the worst-looking car in the car park”. However, he was now more eager to ditch the day job than the car. He was soon taking part in music and comedy nights, with his friend and collaborator Nitin Sawhney. After a positive review in Time Out, he was approached by Anil Gupta, the producer of what would become Goodness Gracious Me. The Kumars at No 42, a sitcom about a British Indian family, followed it and also starred Meera Syal. The pair went on to marry in 2005 and have a son. Throughout this time, Bhaskar drove a series of second-hand Peugeots.

Last year he decided to go green and bought a hybrid Audi A3 Sportback e-tron. “It’s amazing,” he gushes. “I can get 25 miles out of a full charge. I’ve only filled up the petrol tank once since last September and I’ve still got half a tank left. I haven’t quite worked up the courage to go full electric yet, though.”

Sanjeev Bhaskar: my life in cars