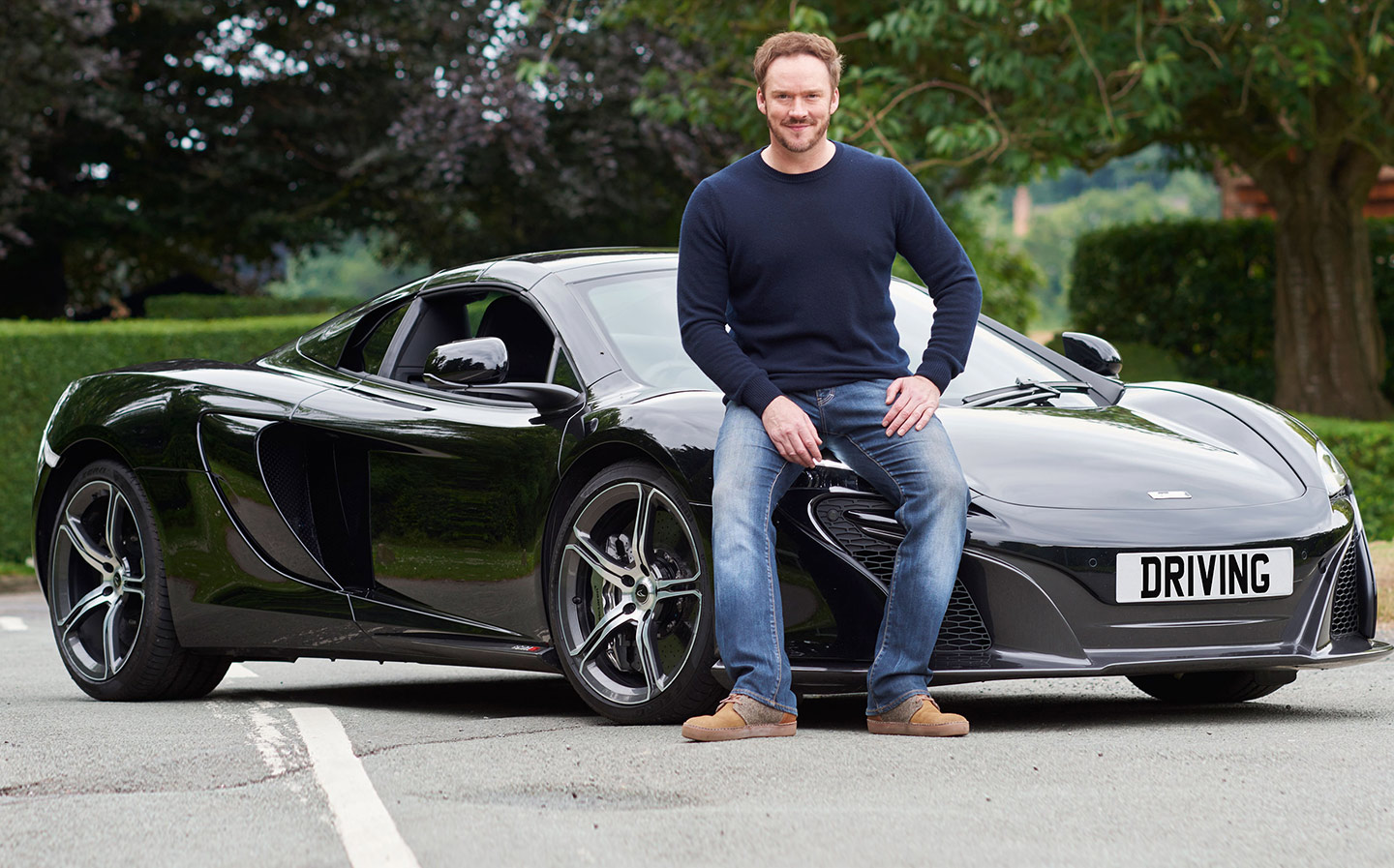 RUSSELL Watson admits he has spent “a fair few quid” on cars over the past couple of decades, since he shot from northern club singer to multimillion-selling “classical crossover” artist. “Half a dozen Range Rovers, a brutal TVR Cerbera, a Bentley and an Aston Martin … I’ve been a lucky boy.

“The biggest mistake I ever made was the Hummer,” he adds, with a sorry shake of the head. “I thought it’d be a laugh, but it was too big to fit down most streets, you couldn’t park it anywhere and it only did five miles to the gallon. I had it for less than a week.”

Watson, 50, has sold more than 10m albums but even he had to think twice about his latest purchase, a McLaren 650S (priced at around £200,000, although he won’t reveal what he paid). “It was the kind of money that made me think, ‘Russ, you can’t spend that on a car.’ But, y’know what . . . I went through all that brain tumour stuff and almost kicked the bucket a few years ago [he had surgery to remove a brain tumour in 2005; a second one was removed in 2007]. I decided it was time to treat myself.”

Raised in Salford, he fell in love with speed after watching the 1970s daredevil Evel Knievel. “I grew up with Raleigh Choppers and Grifters, tying one of my mam’s towels round my neck for a cape and pretending to jump over double-decker buses.

“I was just as bad when I got my first car — my dad’s Talbot Sunbeam. The first thing I did was add a twin-choke Weber [carburettor], K&N filter, racing spark plugs and go-faster stripes. Me and my mate used to go tearing over the fields at 60mph, doing doughnuts in the farmer’s front yard. He used to go apeshit! At 17, it seemed like a brilliant idea, but with hindsight I think, ‘What a bloody idiot.’”

Acquiring a love of classical music from his grandmother — “Every time I was round there, she would be playing something by Schubert or Chopin” — Watson started singing in clubs, mixing in classical arias and operatic versions of popular songs. A Peugeot 309 helped him lug the gear from gig to gig.

“I wanted the E-type to be the best car in the world, but there were just enough niggles to destroy my dream”

“It was perfect for the job, but I had my eye on something with a bit more grunt and, stupidly, bought an Alfa Romeo 33 Cloverleaf. Even on the days it did work, there were still problems. Then I was heading up the M6 and suddenly lost the steering and the brakes. Next thing I know, there are sparks shooting over the bonnet and the front wheel is rolling up the road. As I ground to a halt, I thought I was dead meat.”

Having married and had the first of his two daughters, Watson signed his first record deal in 1999 and blew a big wedge on a 1970s Jaguar E-type. “Y’know how they say, ‘Be careful what you wish for’? I wanted it to be the best car in the world, but there were just enough niggles to destroy my dream. Plus, a massive exhaust leak was slowly poisoning me.”

Watson, who divorced not long after finding fame and remarried in 2015, continued to indulge his sports car fetish. There was a Maserati 3200 GT, an Aston Martin DB7 Vantage, the Cerbera, a Nissan GT-R and a white Bentley Continental GTC.

Then came the McLaren. “I took it to a Silverstone track day and, with the help of an instructor, I thought I was doing all right. Then he got behind the wheel and showed me how it’s done.

“I couldn’t believe my car was going around a corner at nearly 150mph. As I was hanging on for dear life, this bloke calmly turned to me and said, ‘Has anyone ever told you that you look just like Russell Watson?’”

True Stories, Watson’s latest album, is out on FOD Records. He is touring this month; russellwatson.com/dates

Russell Watson: My life in cars