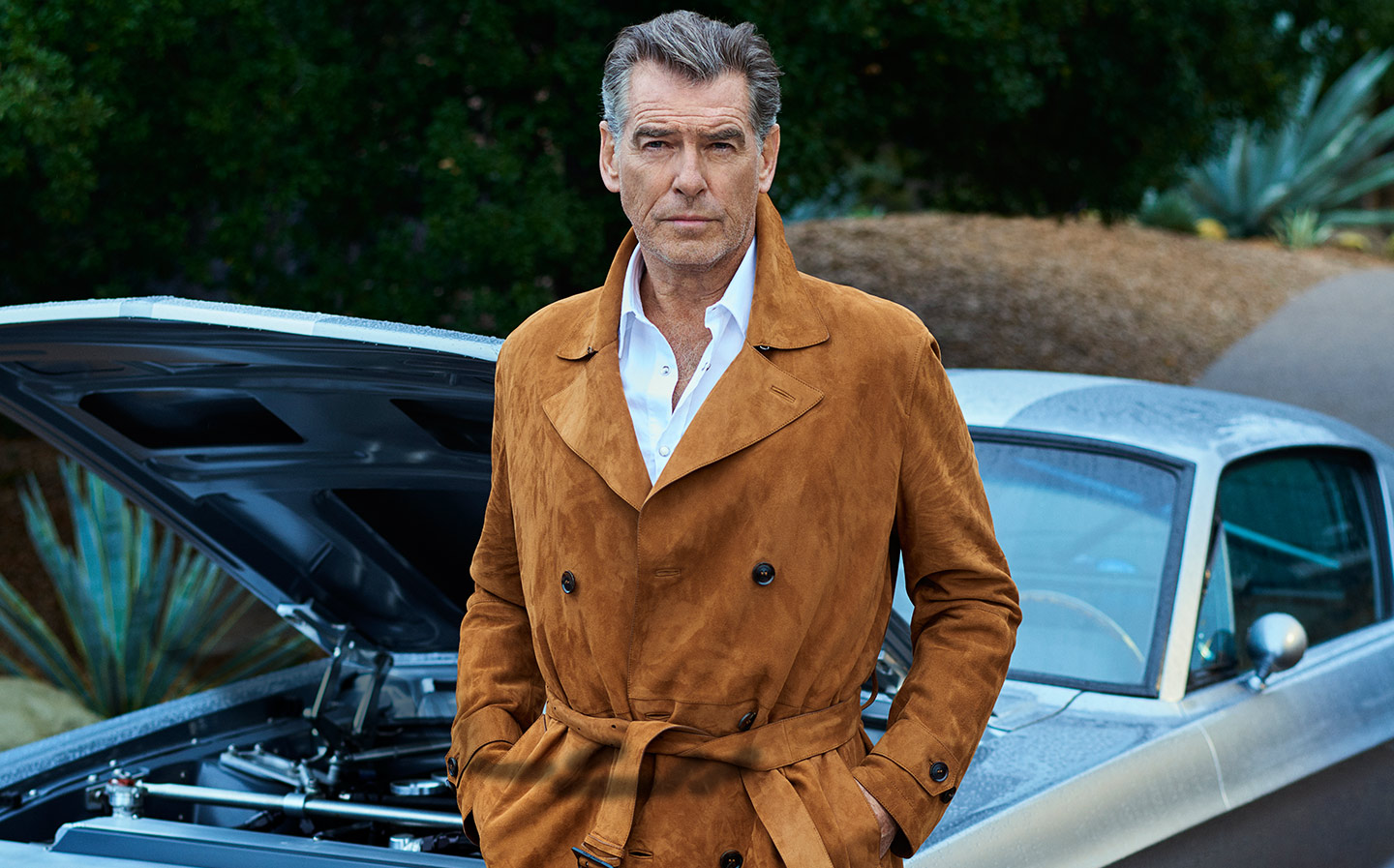 DRIVING a beaten-up cop car isn’t as glamorous as putting the pedal to the metal in the Aston Martin V12 Vanquish he drove in his 007 heyday, but Pierce Brosnan (pictured above with a 1967 Mustang Shelby GT500) is not complaining.

“I was a hair’s breadth from becoming a cop myself,” he says, reflecting on his role as a detective in the film Spinning Man. “It was either that or the army. I was about 17, rudderless and trying to figure out life. But the gods were with me and I ended up being a thespian.”

Brosnan, 65, grew up in Navan, a market town in Co Meath. His father left the family when he was an infant, so he was brought up by his grandparents while his mother left to work as a nurse in England. He joined her and her new husband aged 11, left school at 16 and spent some time as a circus fire-eater before winning his first acting roles.

His first car was a Ford Anglia sold to him by his stepfather for £50 when he was 18. “The driver’s door was broken,” he says. “You had to sort of hold it up to get in. It’s the same car Harry Potter drove off into the sky with.”

Having started out in theatre, Brosnan began to get screen roles, eventually starring in the American detective series Remington Steele and accepting the role of James Bond on the second time of asking — the first time, the role went to Timothy Dalton because Brosnan was signed up for another series of Remington Steele.

His first Bond car was an Aston Martin DB5, driven in a race against a Ferrari in the opening scene of GoldenEye in 1995.

He took to the wheel of the DB5 again in Tomorrow Never Dies and The World Is Not Enough. In his final outing as 007, in Die Another Day, Brosnan swapped the DB5 for an Aston Martin V12 Vanquish.

When he passed the baton to Daniel Craig, Brosnan was given a custom-built Aston Martin V12 Vanquish by the Bond producers. He still rues the day it went up in flames at his Malibu mansion in February 2015. “It blew up, actually. We had a bit of a fire in the house, so all I was left with was the two name plates.” 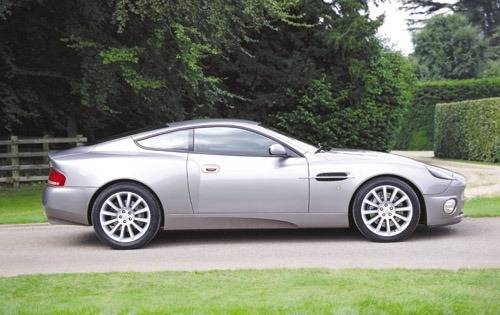 He now owns a BMW 750i, with black interior and exterior and blacked-out windows. “My son Paris [his younger, aged 17] said, ‘You’ve gotta get it blacked out, Dad!’ So now I drive around in this gangster-looking car — meanwhile, my son can’t see a darned thing driving at night.”

If his films have portrayed him as a womaniser, in his private life Brosnan is strictly monogamous. He was married to the actress Cassandra Harris for 11 years until her death in 1991 from ovarian cancer, and has been married to Keely Shaye Smith, an environmentalist and TV presenter, since 2001. They have two sons, and Brosnan had three children with Harris, including two from her previous marriage, whom he adopted after her death. His adopted daughter died, also from ovarian cancer, in 2013.

He shows no sign of retiring. As well as Spinning Man, he has recently been on cinema screens in Mamma Mia! Here We Go Again, alongside Meryl Streep.

A passionate paddle-boarder, he owns a Ford F-150 pickup that he drives to the beach. “It can get a little dodgy in the ocean. The sharks are out there, and we know quite a few people who have lost limbs, so you’ve got to make sure one of those big puppies doesn’t nudge you off the board, because then it’s — bingo!”

The idea of teaching his sons Paris and Dylan to drive was even scarier. “Now, that [would have been] wildly terrifying,” he says. Instead, the boys had lessons with an instructor. “Paris drives himself to school [and] I sit beside him. That’s the extent of our driving together.”
Tweet to @gillianpringle Follow @gillianpringle

Spinning Man is available to stream and buy on DVD now

Pierce Brosnan: My life in cars