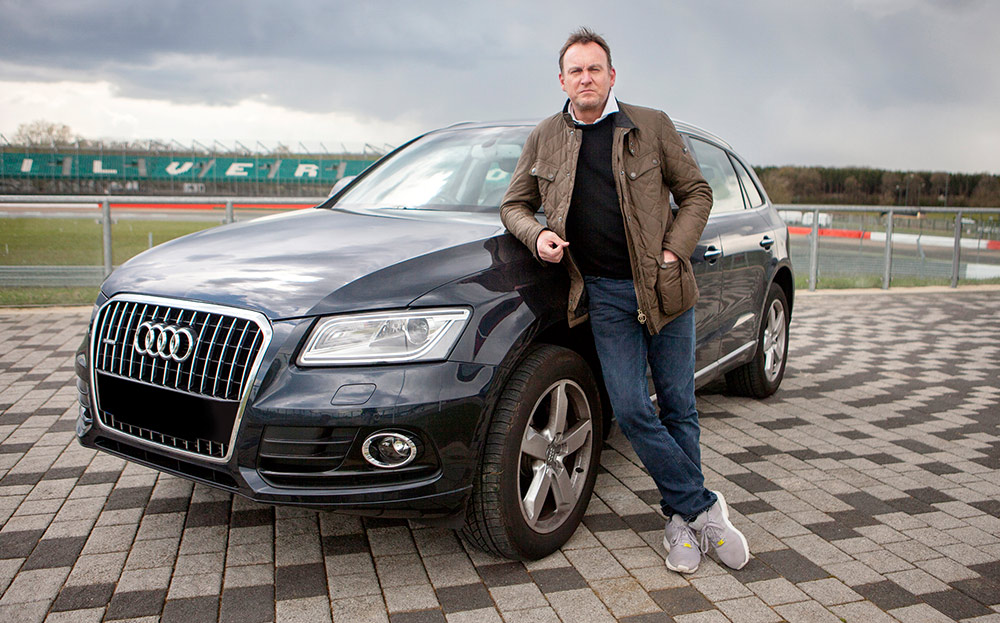 PHILIP Glenister thought he would surprise his wife and make up for the lean years by arriving home in a sporty BMW in 2005. The actor, who achieved success playing Gene Hunt, the irascible detective in Life on Mars, was suddenly earning enough to buy a decent car. His mistake was to stay in character.

“It was a really smart 330i with big wheels and all the extras. I beeped the horn and my wife ran outside carrying our baby daughter. I yelled, ‘Get in, love — you’ve pulled!’ She stormed back inside and slammed the door.”

Glenister, 53, admits it wasn’t the wisest thing to shout. His wife, Beth Goddard, was heavily pregnant at the time with their second child. “She said I should grow up because I was about to be a dad again.”

Glenister grew up in Harrow, northwest London. His father, John, directed television series including The Six Wives of Henry VIII. “Dad’s speciality was period costume drama. Consequently, he was more concerned with horse power than horsepower.

“My interest in motors came from watching classic Seventies shows. I would save up pocket money to buy Dinky toys of the Batman car, James Bond’s Aston Martin DB5, and the Volvo P1800 from The Saint.”

His favourite toy arrived on his memorable seventh birthday. “My parents bought me an SPV truck from Captain Scarlet, plus a copy of Daydream Believer, by the Monkees. I thought I was the coolest kid in the street.”

Later, he passed his driving test at the second attempt in a Datsun Sunny and bought a hot-hatch Peugeot 205 GTI.

“I love old cars but I’m not a petrolhead — technically I haven’t got a clue. I blame it on the fact I was never given a Scalextric set as a kid.”

“I loved the GTI but my first BMW 3-series felt like a proper car. It was quite posh compared to the Peugeot and loads more comfortable for long journeys.”

However, Glenister says the first car to have a serious impact on him was the 1973 Ford Cortina he drove in Life on Mars. “That fuelled my interest in classics. It ultimately led to me presenting two series of For the Love of Cars on Channel 4, and appearing at the Silverstone Classic event.”

In Ashes to Ashes, the follow-up to Life on Mars set in 1980s London, Glenister’s character, Gene Hunt, had moved up to a tyre-screeching Audi quattro. Detective Chief Inspector Hunt chased villains across the capital and the catchphrase “Fire up the quattro” passed into urban legend.

“The car was so popular, I think I was expected to drive an Audi in real life [he is now an ambassador for the brand]. I had a family by then and an A6 quattro seemed a sensible choice but I began to feel likes a sales rep. So I changed it for an Audi Q5 and have had a string of them ever since. I like the extra height and the fact that it’s not as enormous as a Range Rover around London.”

Despite newspaper headlines to the contrary, Glenister says he was never approached to host the new series of Top Gear. “I love old cars but I’m not a petrolhead — technically I haven’t got a clue.

“I blame it on the fact I was never given a Scalextric set as a kid. I moaned so much about it that my wife later bought me one as a Christmas present. It was fun for a while and then I got bored — which doesn’t look good on the CV of a Top Gear presenter.”

Philip Glenister: My Life in Cars