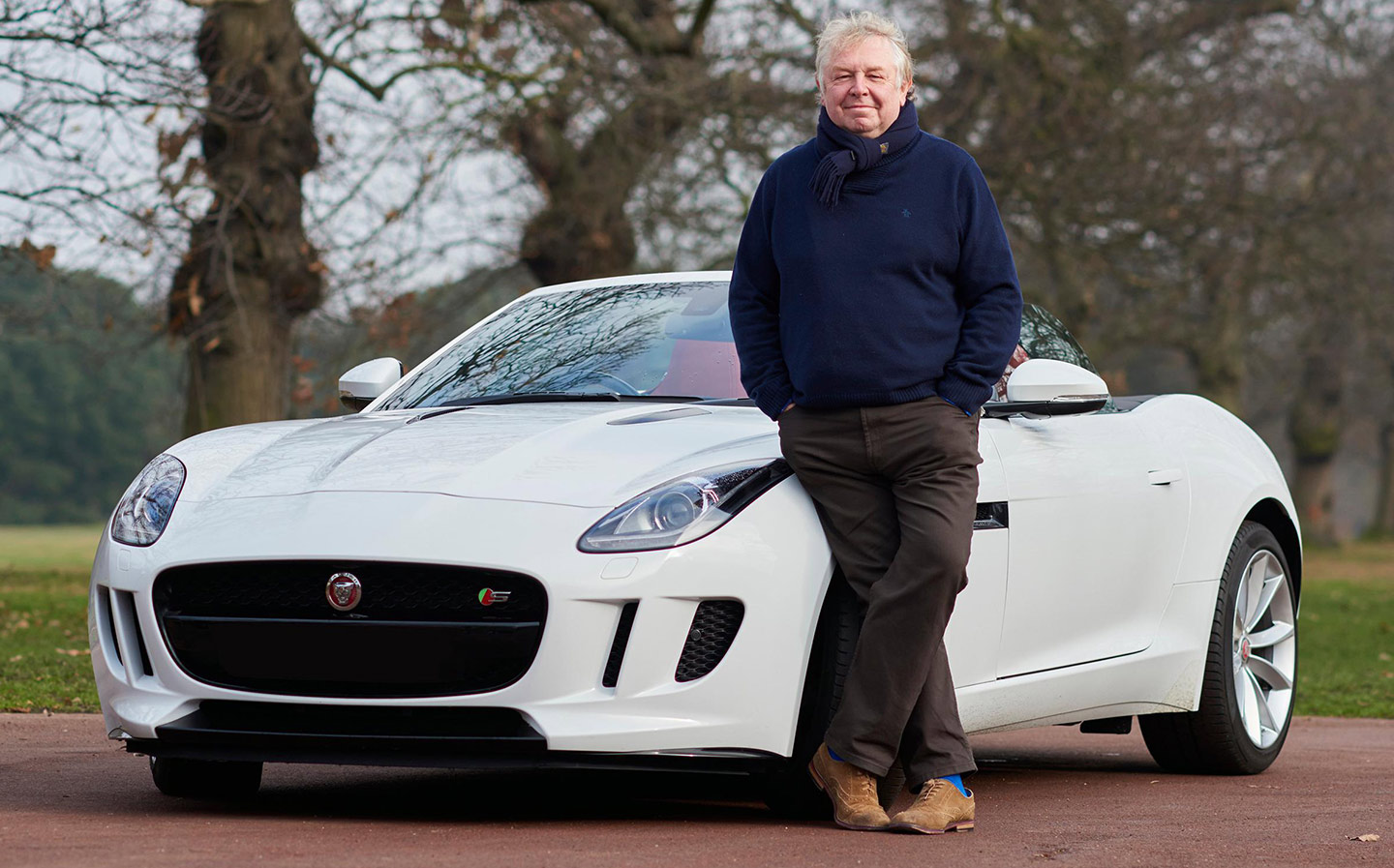 NICK Ferrari, the journalist, presenter of LBC radio’s breakfast show and pioneer of such televisual oddities as topless darts and the News Bunny, has treated himself to a brand new Jaguar F-type.

It’s the first Jaguar he’s owned, but don’t go suggesting his conversion to the British marque (albeit now owned by India’s Tata Motors) might be some sort of patriotic, post-Brexit manoeuvre. “Ha!” laughs Ferrari, 58. “Absolute bollocks! If they’d done me a deal on a Maserati, I’d have taken it.”

The real reason he went for an F-type? “There’s a button you can press to make the engine roar.”

It is hard not to be entertained in Ferrari’s company, and his driving career has been equally lively, veering between impractical playthings and sensible workhorses.

He grew up in rural Kent in the 1960s, where his father had used his demob money to set up a news agency, and recalls the first Jaguar to enter his life: “Dad treated himself to one of those big Jaguar saloons that were around in the Sixties. We had to live on spaghetti for a month so we could pay for it.”

When his father later brought home a Citroën DS Safari, Ferrari was so excited, he sat in it all evening doing his homework: “It was the one where the headlights followed the steering wheel.” (The Citroën is long gone, but he can’t bring himself to part with his father’s Series I Land Rover.)

He bought a battered 308 GT4 Dino for about £5,000: “It was effectively rust held together by a thin coat of red paint”

Ferrari started out on local newspapers and his first car was a Morris 1100, followed by a “burgundy red” Lancia. He can’t remember the model, but it was designed by Pininfarina (designer of many Ferraris), and when he took his girlfriend to a village dance in it, he spent more time looking at the car than her. “I loved it and, man, it was quick.”

With a name like Ferrari (his paternal grandparents emigrated from Switzerland), he was often asked if there was a family link to the Italian car maker. He decided he wanted a Ferrari before turning 30 and bought a battered 308 GT4 Dino for about £5,000: “It was effectively rust held together by a thin coat of red paint.”

It was now the 1980s and Ferrari was working for national newspapers. There was “a boring slew of company cars”, but he would splash out on fun alternatives, including a Jensen 541. In 1989 he became the first editor of Sky News then moved to America to work for Fox News. By then he and his wife (they have since divorced) had two sons.

Ferrari returned to the UK in 1993 to be assistant editor of the Daily Mirror, leaving in 1995 to help launch L!VE TV, Mirror Group’s bizarre, short-lived cable channel. Sandwiched between various 4x4s there was a Mercedes 320 CLK convertible, before he bought the F-type a few weeks ago.

Since 2001 he has presented LBC’s morning phone-in show. It allows him to be outspoken while the callers provide the political balance. “It’s incredible,” he says of the recent rush of political earthquakes. “Journalists are the people who sit at the back of the room throwing rotten fruit. The minute we think people are lying or being hypocritical, we need to call them out.”

Nick Ferrari: My life in cars