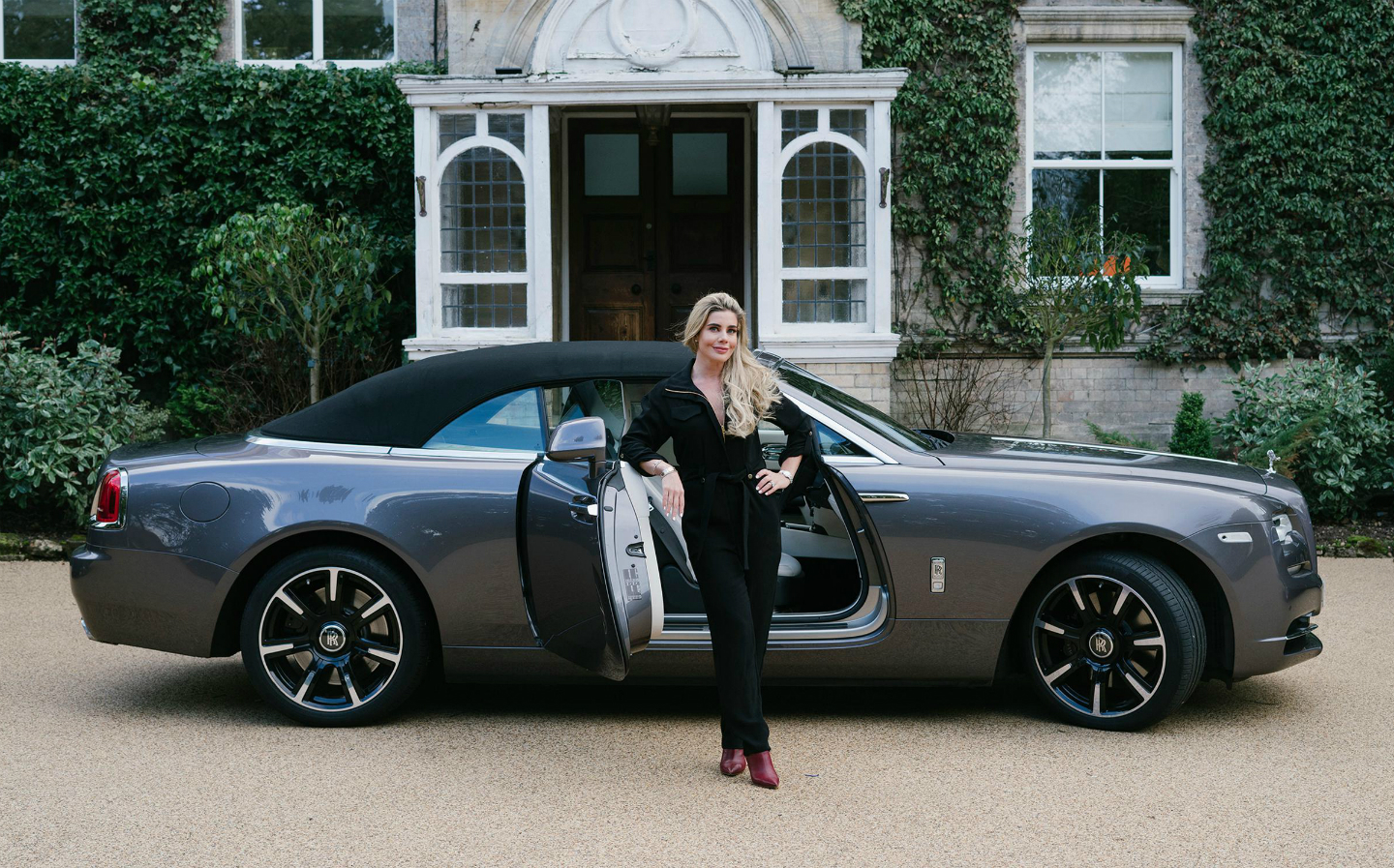 CAROLYN Radford, one of only a handful of female chief executives in British football, likes to keep things real at home.

Despite the multi-million-pound fortune she shares with her husband, John Radford, the businessman and owner of Mansfield Town football club, she still likes to wash her own car — with a little help from her three sons: Hugo, 5, and twins Rupert and Albert, 4. The only slight departure from normal family life is that the car is a £280,000 Rolls-Royce Dawn.

“It’s the convertible,” she enthuses (her husband also owns a Rolls-Royce: a Ghost). “Before that, I had a Ferrari 458, but it was not very practical. The boys like helping to wash it. It shows them the importance of looking after things.”

Radford, 36, drives the Rolls the 15 miles to and from the League Two club, which she has run since 2011. The boys are allowed in the back seats (although the Radfords also own two Range Rovers and a Mercedes people carrier), but all drinks and wrappers must be removed. “You know you see some cars full of crisp packets …”

Radford grew up in rural Lancashire, where her father owned a building business and her mother was a PE teacher. She worked in a motorway service station to earn money to buy her first car — a Citroën Saxo — and passed her driving test third time. (The first time, the test car broke down; the second, she accidentally broke the speed limit.) “I was one of the first at sixth-form college to have a car. I was the one who drove everyone to McDonald’s.”

After studying politics at Durham University, Radford completed a law conversion course. She landed a job in the legal department of Gucci Group in London, handling brands such as Stella McCartney and Alexander McQueen.

She was driving a VW Golf, but soon swapped it for an MG TF convertible. “I’ve always liked nice things; always had an appreciation for cars. The intricacy that goes into the design and production — it is a bit like a couture dress.”

My Rolls-Royce Dawn is my dream car. I can’t see where you could go up from here, to be honest

Radford met her future husband when he interviewed her for a job at one of his other companies. She left London to work for him and gradually became involved with Mansfield Town. “It was a non-league club back then,” says Radford, who was then driving a Mercedes B-Class company car.

“It was a business that had fallen on hard times and there were a lot of legal issues. Sometimes you see potential in something that is so downtrodden, you can make a difference. I fell in love with it.”

When John decided to make her the boss, though, Radford found herself a target of sniping comments: not only was she a woman and only 29, but she was, by then, John’s girlfriend. “I didn’t realise it was rare for women to be involved. I just thought, ‘This is another chapter in my working life. I can do this.’ ”

Mansfield Town are currently near the top of League Two and pushing for promotion. Radford’s cars have risen in prestige with the fortunes of her club: a Jaguar XKR convertible was followed by an Aston Martin Vanquish and a 1982 Porsche 911 convertible. “It’s very cool — I think Kate Moss has a similar one she drives around the Cotswolds.” In 2015 Radford bought a 1965 Jaguar E-type as a 50th birthday present for John, and then she got the Ferrari. “I love cars,” she says, “but they’re an investment as well, hopefully.”

Carolyn Radford: my life in cars