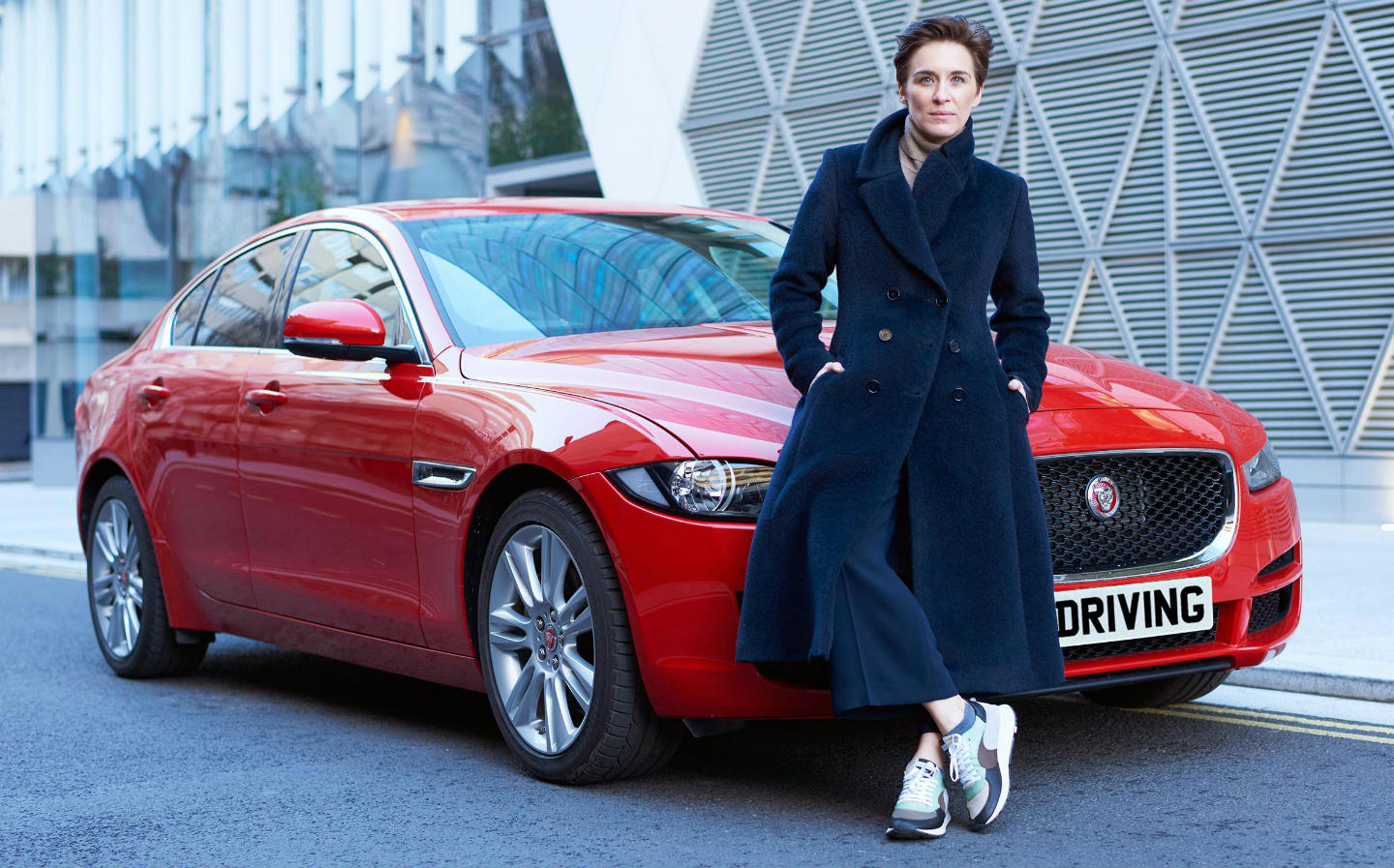 THE ACTRESS Vicky McClure, a self-confessed girl racer, once turned the air blue during a memorable Top Gear appearance as the Star in a Reasonably Fast Car.

She crossed the line last year with a scorching lap time of 1 minute and 45 seconds, becoming the fastest woman on the scoreboard — 11th overall and just below the actor David Tennant. “I’ve never concentrated so hard in my life,” she laughs. “I was determined to set a fast time.”

McClure, 35, has form. In her late teens she joined a group of car fanatics who pimped their motors with alloy wheels, spoilers and sound systems.

“We had a thing called ‘the circuit’,” she says. “It was places around the city centre where you could hang out in car parks and do wheel-spinning doughnuts.

“I’d left school with hardly any qualifications and had a bit of a wasted year when I was 17. I was obsessed with the Golf GTI and knew all the different types. My mates and I even went to Volkswagen festivals — I really got the idea of modifying cars.”

McClure is currently starring as DS Kate Fleming in the fifth series of Line of Duty, which started on BBC1 at the end of March, with the first episode attracting more than 11m viewers. A sixth series has been commissioned, but McClure is keeping tight-lipped about whether she will appear.

She grew up in Nottingham, with her joiner father and hairdresser mother, and started dance classes aged three and acting when she was 11. At 15 she won a part in the film A Room for Romeo Brass, directed by the Nottingham-based film maker Shane Meadows.

The Aston Martin Vantage is my fantasy car. Ferraris and Lamborghinis are OK, but an Aston is really cool

She failed her driving test twice in her teens but was determined to pass so that she could attend additions. “I was living at home in Nottingham and borrowed my parents’ Mazda 323 to get around. hen I turned 21, they gave me the car as a birthday present.  Suddenly I felt independent.”

In 2006 she appeared in Meadows’s critically acclaimed This Is England. The film’s success allowed her to buy her first new car: a cream-coloured Mini One. “It arrived on a trailer from BMW Park Lane and I nicknamed her ‘London Baby’. I’d never owned anything so expensive in my life but felt I had earned it. The Mini is such a cool car.”

The film brought McClure to the attention of Madonna, who cast her in her directorial debut, Filth and Wisdom. “I still had a day job but now I was hanging out with a pop superstar. She flew me in her private jet to Berlin and to New York.”

McClure won a Bafta reprising her role in the television spin-off of This Is England, which ran for three series between 2010 and 2015, and has been in Line of Duty since the first episode, in 2012.

She met her fiancé, the writer and actor Jonny Owen, in 2014 on the set of the film Svengaki, and the couple became engaged in December 2017. “I moved into Jonny’s place in London for nine months and shared his Ford Ka. Then I persuaded him to move back to Nottingham with me.”

McClure’s string of high-profile roles has led to her being loaned some enviable cars. Her first was a Jaguar XF saloon, which in time she swapped for the smaller XE (pictured).

Her fantasy car is an Aston Martin. “Ferraris and Lamborghinis are OK, but an Aston is really cool. I doubt I’ll ever be able to afford one, but it’s good to dream.

Vicky McClure: my life in cars