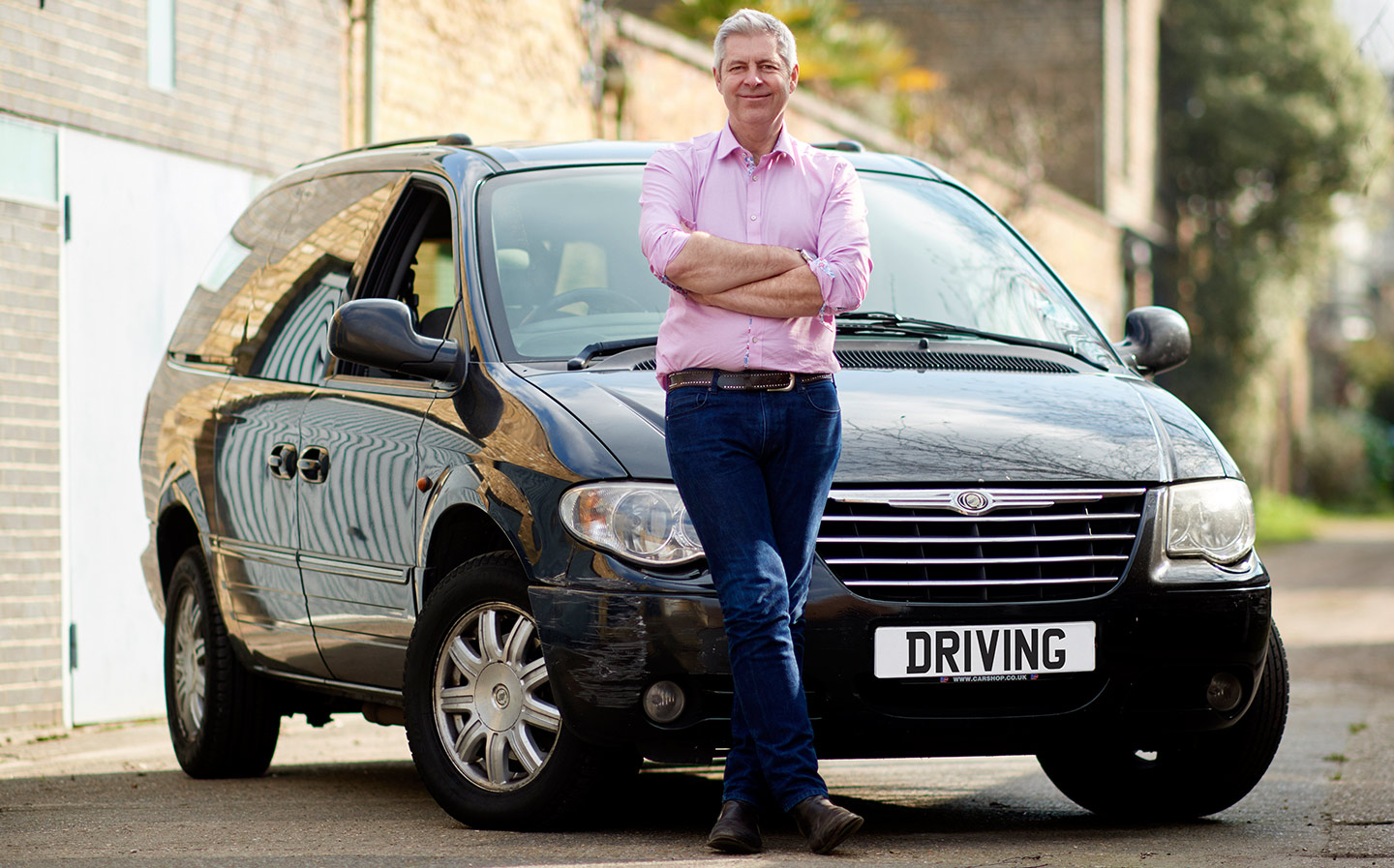 JUSTIN Webb, the Radio 4 Today presenter, is a shameless fan of gas guzzlers and turns almost misty-eyed when talking about the king-sized Ford Windstar people carrier he bought after moving to America on becoming the BBC’s Washington correspondent in 2001.

“Now that’s my idea of a car! It ran us around America, and had three rows of seats, so it fitted the entire family — my wife, Sarah, and our three children — in comfort,” says the 57-year-old. “In my mind, a decent car has to have three rows of seats.”

The Windstar was thirsty, though. “It only did 15-20mpg but it didn’t matter in those days — gas was staggeringly cheap.”

During his stint in America he also bought a used four-seat Chrysler Sebring sports coupé.

“It was a lovely car to drive around town on a bright, sunny winter’s day with the top down and the heater blasting away,” he says. “That’s undoubtedly the most glamorous car I’ve ever owned.”

Sadly, he had to part with both vehicles on his return to the UK in 2009. “It just wasn’t practical to bring them back,” says Webb, now based in south London. “So we got the largest car we could afford that was suitable for British roads — a second-hand, black Chrysler Grand Voyager [with three rows of seats, naturally]. It can fit seven people and our Labradoodle, Toffee. It’s pretty battered now — someone smashed into it the other day and drove off.”

“As befits all real spies, rather than James Bond, my uncle favoured a car that was unnoticeable”

He hasn’t always had deep enough pockets to indulge his passion for large vehicles. “My first car was a staggeringly dull Toyota Corolla, which my uncle sold to me in the early 1980s. He was a spy, and worked for MI6 before becoming an arms buyer for Middle Eastern governments — but as befits all real spies, rather than James Bond, he favoured a car that was unnoticeable.”

Webb joined the BBC in 1984, shortly after writing off the Corolla in a snowstorm in Wales, and was sent to Radio Ulster.

“I bought a brown Vauxhall VX with plush velour seats for £900 — it was a very solid car and I felt, rightly or wrongly, that it might offer me some protection in an emergency [this was the era of the Troubles].” Though solid, it didn’t do much for his sex appeal. “A girlfriend refused to even get in it.”

Bringing the car back to London, after he landed a job as a reporter on the Today programme, proved a mistake. “It had Northern Ireland numberplates, so whenever I left it anywhere, there was a chance I would return to find the police debating whether or not to blow it up.”

After disposing of the VX he was given a BBC pool car. “In those days [the late 1980s] BBC reporters were given little Rover 216s and while it wasn’t exactly speedy it was pretty nippy. ”

Next stop was Brussels, where he worked as the BBC’s Europe correspondent from 1998 to 2001. “My wife had recently inherited a Turkish Ford Escort Mk 2 and that proved the perfect runaround in my new job. It was a left-hand drive and was so old we didn’t care if it got the odd knock.”

In 2001 Webb landed his plum posting across the Atlantic — and the chance to drive big American cars. So what’s his dream motor?

“I really want a massive Chevrolet Suburban SUV, which the Secret Service personnel who follow the US president in a motorcade use. I’ve driven one a couple of times in the desert and could see the fuel gauge going down. I’d love to get one, if only to see my neighbours’ reaction!”

Justin Webb: my life in cars