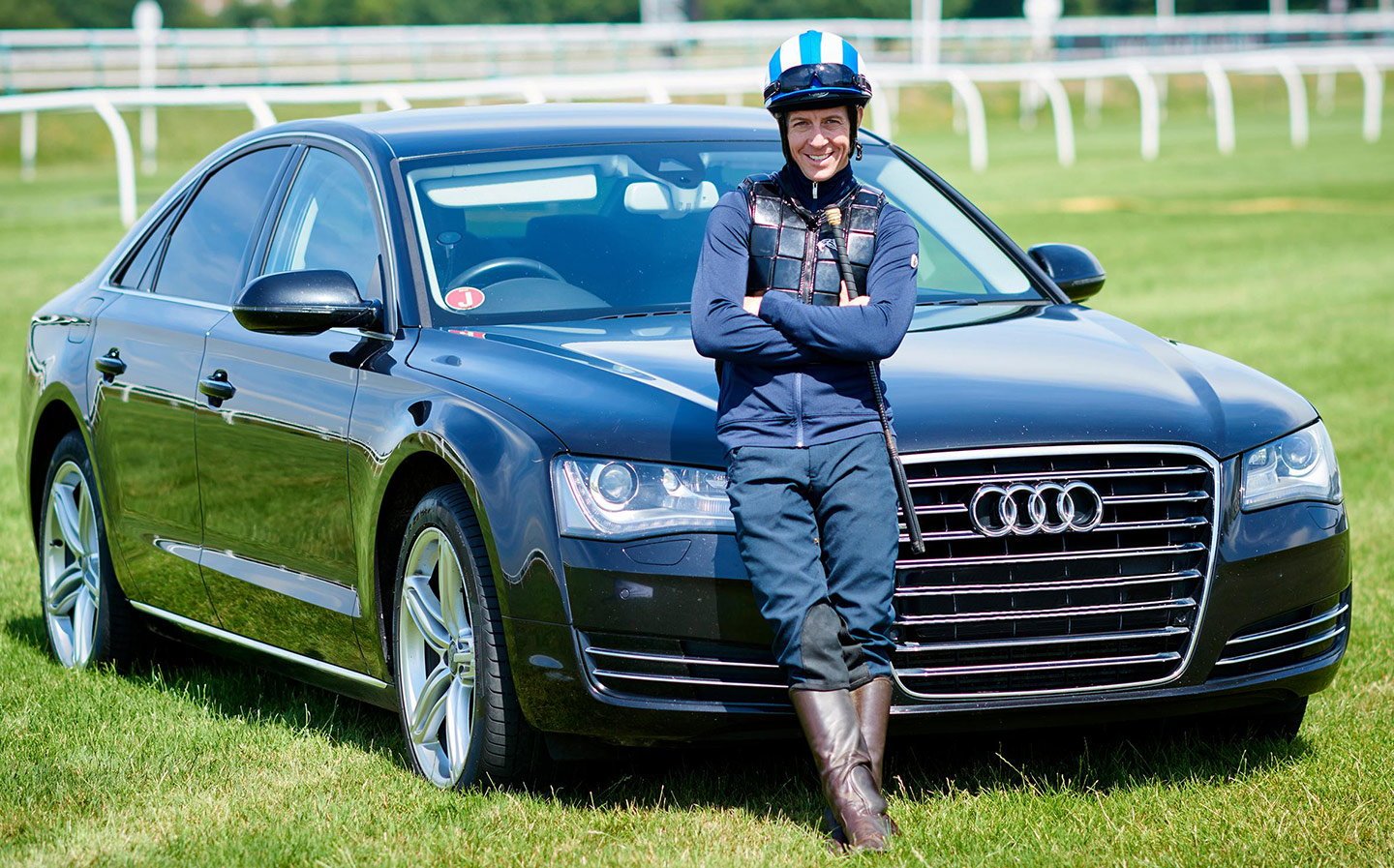 THE WORST part of my job isn’t the constant diets, or the sweating in a bath to keep the weight off — it’s driving from one racecourse to another,” says Jim Crowley, who competed in more than 700 races last year to become the current champion jockey of British flat racing. “Last year I travelled more than 50,000 miles to win the championship.”

Many of his 148 victories came late in the season. Last September alone he won 46 races, breaking the record for the most wins in a month. He is now the No 1 jockey for Sheikh Hamdan bin Rashid Al Maktoum, owner of Shadwell Racing in Norfolk.

Now that Crowley’s name is on a trophy alongside legends such as Lester Piggott, Kieren Fallon and Frankie Dettori, he has earned the right to a comfortable four-wheel ride — an Audi A8. “The travelling got so bad last year that I had to take on a driver,” says Crowley, 39. “I needed time to sit in the back, study the form and prepare mentally for the next race.”

He had also “picked up a few speeding tickets” and was getting close to losing his licence. Whether driving fast or racing a thoroughbred, Crowley gets the same buzz. “Sometimes you get on a horse and it feels like a supercar — the power is incredible. I’ve ridden a few Ford Fiestas in my time but there have been Lamborghinis too.”

Fittingly for a jockey, Crowley was born near Ascot and his parents trained point-to-pointers at their own stables. He sat on a horse before he could walk and was raised on showjumping and hunting. He started as an amateur rider on the flat then switched to hurdles. “I went to work for Sue and Harvey Smith in Yorkshire. She trained the 2013 Grand National winner, Auroras Encore. It wasn’t long before I became a National Hunt jockey too.”

He passed his driving test at the third attempt — one failure was for speeding — and immediately bought a red Ford Fiesta diesel. “Mum taught me to drive but I learnt the basics myself, in an old banger around the family fields.”

“The problem with living on the road is that you rely on service station food. I have to muck out the floor once a week to clear up the debris”

He used the hatchback to drive to races across the country. On one journey he crashed across a roundabout but escaped unhurt. A Peugeot 306 diesel followed, then a Golf GTI. “It was a real driver’s car. After that I owned a couple of Audi A6 saloons, which were so much more comfortable on long journeys. I’ve preferred a big car ever since.”

Despite more than 300 wins over the jumps, he returned to flat racing in 2006, working for the trainer Amanda Perrett, his sister-in-law. His first challenge was slimming down from more than 10 stone to 8st 7lb. “It was a bit of a struggle the first time but you just eat less and exercise more — there’s no magic formula. I eat a lot of lean meat and chicken but sometimes slip over a few pounds. Then I go jogging in a sweat suit, or sit in a hot, salt water bath.”

He is also engaged in a long-term battle with the state of his car: “The problem with living on the road is that you rely on service station food. I have to muck out the floor once a week to clear up the debris. My biggest weakness is chocolate.”

Crowley lives in West Sussex with his wife, Lucinda, and their three children. The family runabout is a Land Rover Discovery. “A car is a tool for me most of the time but I could quite happily have been a racing driver. Once the excitement of going fast is in your blood, it’s hard to pull on the reins.”

Jim Crowley is an ambassador for RacingBreaks.com. He will appear at the London International Horse Show on December 15

Jim Crowley: My life in cars