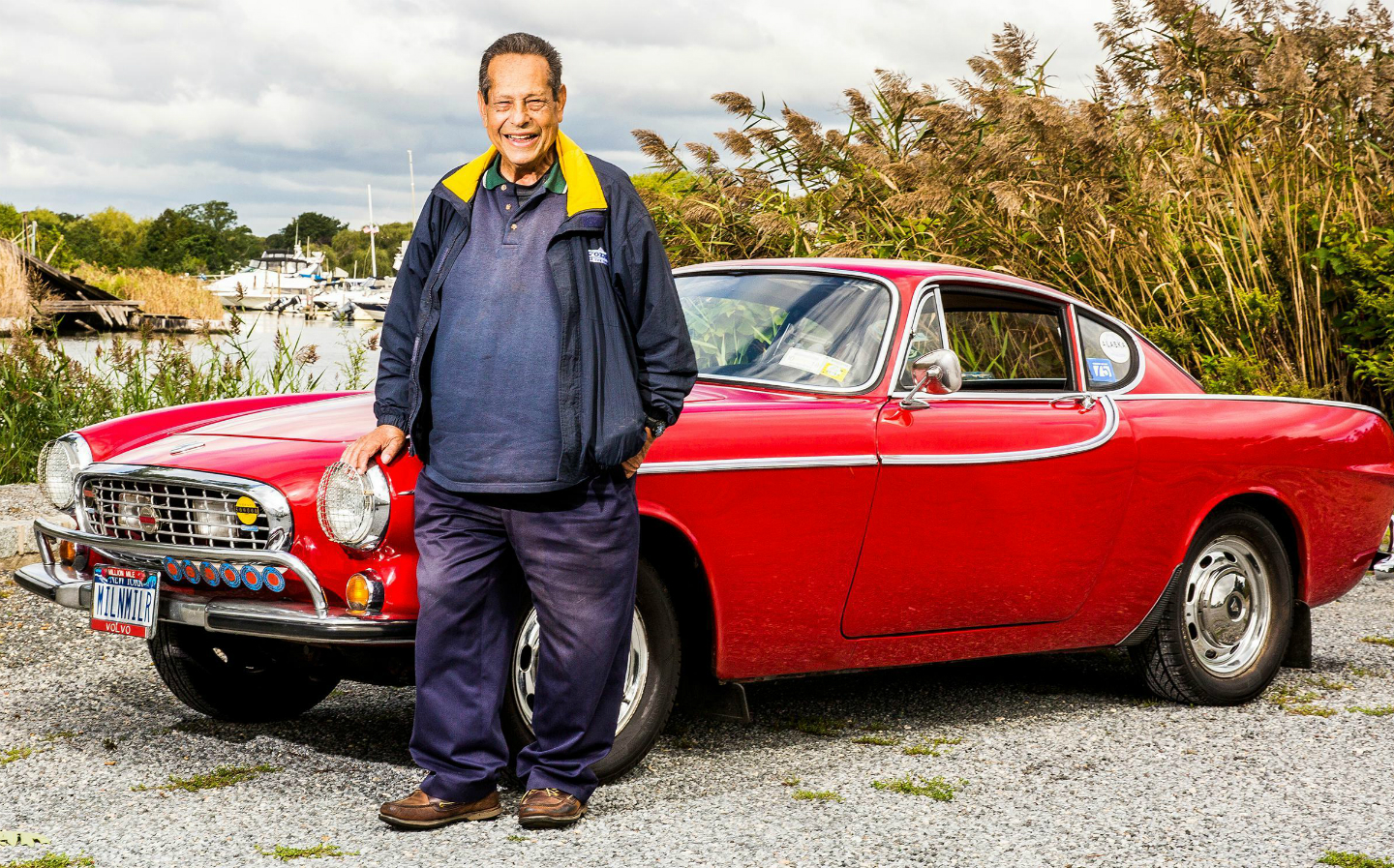 WELL INTO his eighth decade, Irvin “Irv” Gordon still owned the Volvo he had had since he was 25. He held the world record for driving the greatest distance in one car: his milometer had clicked over the 100,000-mile mark 32 times.

Irvin, a retired science teacher from Long Island, New York, died late last year, aged 77, having given The Sunday Times his last interview. The odometer on his classic P1800S had finally stopped at 3,260,257 miles — the rough equivalent of seven return trips to the moon or 130 laps round the world.

Irvin bought his Volvo in 1966 for $4,150 (a year’s salary at the time). “I didn’t buy the car to set a record,” he said. “I’d owned a couple of new Chevrolets that kept breaking down, and I just wanted something reliable. The Volvo has never left me stranded in 52 years.”

A stickler for detail, Irvin — whose fame grew with his Volvo’s mileage — kept a record of every penny spent on the four-speed P1800S. When we spoke, the running total included 112,889 gallons of petrol, 492 spark plugs and a miserly 33 sets of tyres. Remarkably, the Volvo was kept on his driveway.

“I’ve just stuck to the service intervals and made sure I changed the oil every 3,500 miles,” Irvin said simply. “If you add that up, it works out at 16 of those 55-gallon drums.”

The car was involved in four accidents — hit by other vehicles. The worst was on the way home from a trip to Ohio, when a lorry reversed into him in a rest area. “He took off with my Volvo still attached to his bumper. We drove for 15 minutes before my car finally broke free and he sped off.”

“If I ever have to give up the Volvo, I’ll sell it for a dollar for every mile it’s been driven”

Irvin’s driving career began in 1957, when he was 16, with a $250 two-door Chevrolet. In 1963 he upgraded to a $2,500 Chevrolet Corvair convertible. Although it often refused to start, he traded it in for another two years later — only to break down four blocks from the showroom.

“Then a friend showed me a magazine feature on the P1800 and I was hooked. Volvo was foreign, kind of exotic, and Roger Moore drove one in The Saint.”

“I guess my car was good publicity for them, so they were keen for me to get through the seven-figure barrier.” He was given a Volvo 780 Bertone for his achievement.

After retiring in the 1990s, he devoted more time to travelling and clocked up his second million in 2002. Volvo presented him with a C70 coupé.

“Over the years I’ve been everywhere in America,” he said, “plus nine other countries, including several in Europe [the car was shipped or flown over].”

It took 11 more years to reach the 3m mark — which earned him an XC60 to park among his “modest” collection of classic cars. “It’s very comfortable but I’ve grown attached to my P1800. Sometimes I find things under the seat that I lost years ago.”

Irvin was on a promotional tour of China when he is believed to have had a heart attack. The Volvo has been put in safekeeping for his family: he is survived by two daughters and three grandchildren.

“I don’t know what I’ll do if I ever have to give the Volvo up,” he had told me. “I’ve said I’ll sell it for a dollar for every mile it’s been driven. It would still be a wrench to say goodbye.”

Irvin Gordon: my life in cars