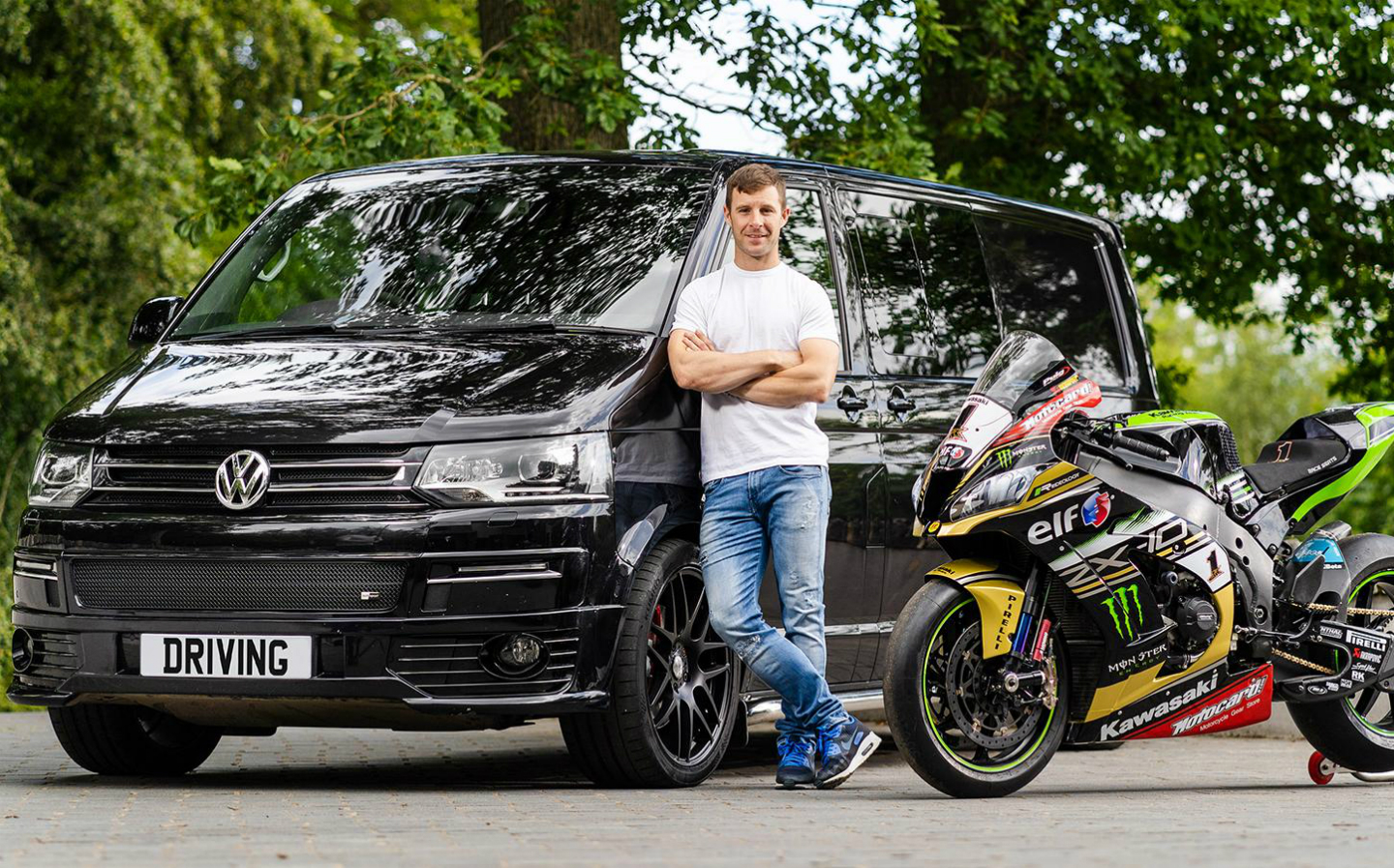 “ALL OF my earliest memories seem to have wheels in them — either camping out in my dad’s old Fiat Ducato van or ragging round the fields on my 50cc motorbike,” says Jonathan Rea. “It was a fantastic feeling for a little kid, but my poor mum was scared out of her wits.”

Rea isn’t just the World Superbike champion. He’s been champion for a record five years in a row, riding his Kawasaki Ninja with a grace that often makes the rest of the field look ordinary, and he leads the standings this season. Such has been his impact that, in 2017, he came second in the BBC sports personality of the year awards, losing to Sir Mo Farah by fewer than 3,000 votes.

The 32-year-old has been riding bikes for a long time. Raised in Ballyclare, 15 miles north of Belfast, he first sat on a bike when he was 2½. “I’ve seen pictures, and I can hardly reach the handlebars,” says Rea, whose father, Johnny, competed in the Isle of Man TT. “I wanted to be just like my dad. He was my hero.”

At six, Rea was racing in motocross, before moving on to the British 125cc championship, British superbikes at 18 and the world stage two years later. “Bikes were my thing when I was a kid, but I loved driving cars, too. My best mate lived on a farm and he had an old Rover 200 that we used to take over the fields. Basically, we were rally driving at 12.

“One day, I decided to take my dad’s Mazda on the public roads. I was 14. I had a drive around the lanes near the house. I thought I was being dead sneaky but my dad’s uncle saw me and I got roasted. Dad never got angry. He just said: ‘We’re not going racing this weekend.’ That kept me on the straight and narrow.”

Rea took his driving test after turning 17 — he passed first time and got a second-hand Peugeot 206 — but did not take his bike test until he was well into his twenties. He failed. “I assumed I’d pass but the theory part got me. I keep meaning to retake it. It’s mad: I can ride a 220bhp bike at 200mph [on the track], but if I pop down to the shops, I’ll get stopped by the police.”

It’s mad: even though I ride 200mph superbikes for a living, I still haven’t passed my road bike theory test

The Peugeot didn’t last long. The next year, Rea landed a ride with the UK Honda team and was given a new Accord — which he crashed. “I was summoned to the head office and handed the keys to a 1.2 Honda Jazz instead.”

When it came to buying his first car, Rea knew what he wanted: “So much of my childhood was spent in vans: Dad taking me to races; different families parking up together and cooking beans on a little stove. Dad even made a shower out of a power washer. So I immediately went for a van.

“The first one was a Mercedes Vito, but I’ve moved on to my pride and joy, the [Volkswagen] Transporter T5. I had a double win in Thailand in 2015 and used the bonus to treat myself. It has leather interiors with Bentley stitching, a custom steering wheel and my racing logo embossed on the headrests.”

Married with two young sons, Rea also owns a BMW M4. “Never use it,” he admits. “The VW is my daily drive. It’s perfect for picking the kids up from school. Motocross bikes on the back and we’re straight off to the track.”

Does he worry about getting mud on the Bentley stitching? “Never happens,” he laughs. “I’m a total clean freak. I love opening the door and seeing it all nice and fresh. That van always puts a big smile on my face. The least I can do is keep it clean.”

Jonathan Rea: my life in cars

This article appeared first at thetimes.co.uk