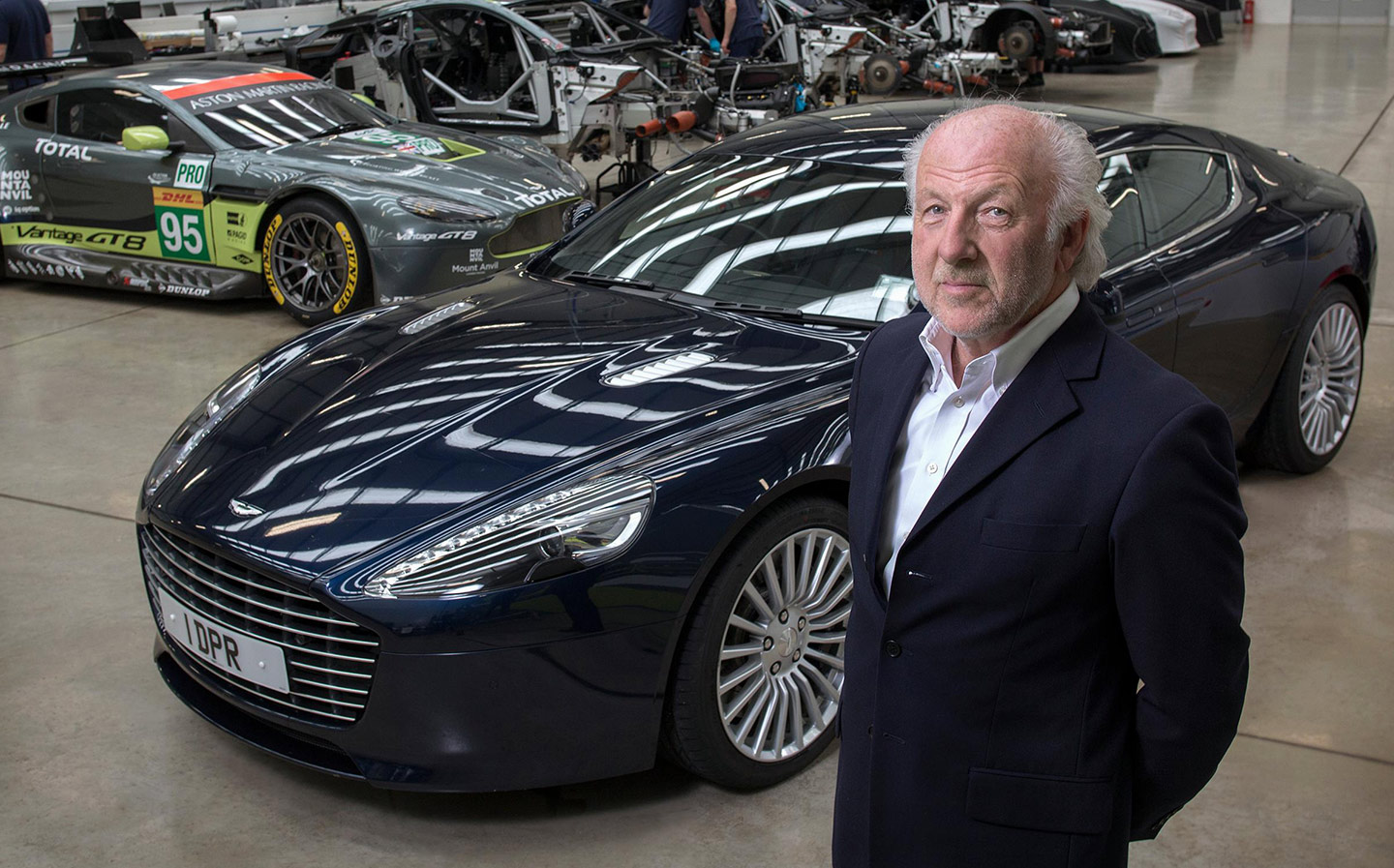 DAVID Richards has been a world rally champion, principal of two Formula One teams and chairman of Aston Martin. Today, he divides his time between running Prodrive, the motor sport company he founded in Banbury in 1984, and Cornwall, where he and his wife own two hotels, sometimes commuting between the two in their £6m Agusta Grand helicopter.

His contacts book reads like a Who’s Who of motor sport: he is mates with Sir Stirling Moss; holidays with Ron Dennis, the former head of McLaren; and is a lifelong friend of Ari Vatanen, the Finnish rally driver turned politician, with whom he won the 1981 world rally championship as his co-driver. And he was recently announced as next chairman of the Motor Sports Association.

Richards, 65, grew up in north Wales. He and his three brothers loved rallying and at 17 he passed his test, joined the Clwyd Vale Motor Club and honed his rallying skills in a Ford Zodiac. “It belonged to my parents,” he says. “We would wind back the odometer so they didn’t know we’d taken the car out. That came to an end when I hit a bridge and smashed in the side bodywork.”

Richards won an RAF scholarship to learn to fly and became the youngest person in the country to hold a private pilot’s licence, just three months after his 17th birthday. But he turned down the chance to join the RAF, to study accountancy. “My first car was an ancient, bright yellow ‘Frogeye’ Sprite,” he recalls.

He continued rallying, as co-driver for Tony Drummond. The pair won the 1975 Autosport championship, before Richards joined the Leyland team in 1976. “They gave me a [Triumph] TR7 to drive home — I thought I was the bee’s knees.”

After a spell rallying a Lancia Stratos and driving a Lancia Montecarlo on the road, Richards teamed up with Vatanen, to race in a Ford Escort RS1800. “We had lots of accidents before we won the title,” he says. “On one occasion we crashed down a hill and landed right on top of team-mate Pentti Airikkala’s car.”

With a trophy in the cabinet, Richards quit competing himself and bought a “sensible” Mercedes S-class for his next career move — setting up Prodrive. The company would go on to manage a string of successful racing teams before linking up with Subaru. “It [Subaru] was a company famous for building pick-up trucks and had no rallying pedigree,” says Richards. “On paper, I’m sure there were a lot of people who wondered how the hell we could make that work.”

So began one of the most famous relationships in motor sport. With Richards as team principal, Subaru won both the manufacturers’ championship and the drivers’ championship three times between 1995 and 2003.

Richards then moved on to F1, first running Benetton and then BAR. By now, he had developed a passion for Aston Martins, parking a string of models outside his Warwickshire home. In 2007 he led a consortium buy-out of the car maker from Ford. “I’ve always loved Astons, from my first classic DB6 Volante, to the four-seat Rapide I drive today,” he says.

Richards left the company in 2013 — returning to concentrate on Prodrive, which has expanded into advanced engineering and provided the hydraulic technology for Sir Ben Ainslie’s recent assault on the America’s Cup in Bermuda.

He and his wife, Karen, who have three children, have bought the Idle Rocks and the St Mawes hotels in St Mawes, where every year they stage a classic car rally. He has run into trouble with some of the locals who objected to his helicopter landing in a nearby field. “It turns out running a hotel business is much harder than a Formula One team,” he says.

David Richards: my life in cars