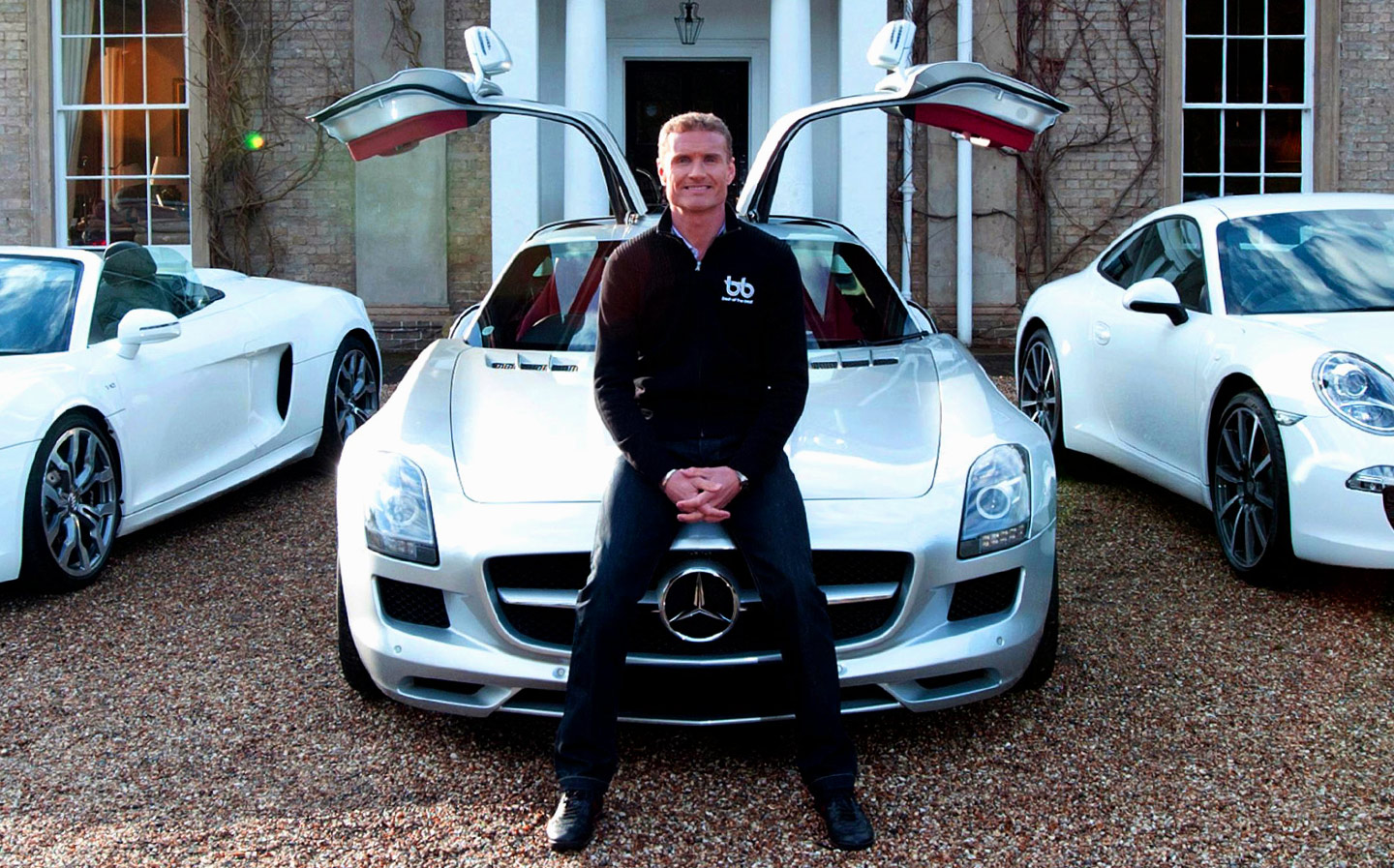 “THE THING about racing for a living is you’re also given decent cars for the road,” says David Coulthard, the former Formula One driver and now F1 commentator on Channel 4. “In 1991, I was given a brand-new Ford Escort RS2000. I was 19 and had sod all in the bank, but I was driving this beautiful car.

“I was also involved in the press launch and was supposed to talk about the car from a young person’s perspective. I could see all these seasoned journalists looking at this spotty teenager and thinking: ‘Who the f*** is that?’”

At the time, Coulthard, now 46, was racing in Formula Three but was beginning to make his mark. Frank Williams, the founder of the Williams F1 team, realised he had talent and made him its test driver in 1993, before offering him a driver’s seat, after the death of Ayrton Senna in 1994.

“I’ve been behind a wheel for almost as long as I can remember,” says Coulthard, who grew up in southwest Scotland. “My dad had a trucking business and I used to drive tractors and trucks around the yard. Dad had raced karts and got me one for my 11th birthday.

“Both Mum and Dad had Mercs most of the time, but I was never allowed to drive them. My job was washing them … and let me tell you, they were absolute bastards to keep clean. All those complex light clusters and fancy wheels covered in layers of Scottish mud.”

By the time he took his test, one month after his 17th birthday, he was an experienced racing driver, but was worried he might be a bit pedal-heavy for the road. “I almost failed for going too slow,” he says. “Pottering around like an old lady. To be honest, I was never a boy racer. I was smart enough to save it for the track. Having said that, I used to love buzzin’ around in my little Renault 5.

“I was never a boy racer. I was smart enough to save it for the track”

“I got one off eBay when I was in my thirties, hoping to relive those golden days,” adds Coulthard, now a brand ambassador for Mercedes. “Sadly, it was a pile of shite!”

He had a decent first season with Williams and drove for the team again in 1995. In Portugal that year, he won his first grand prix, beating the reigning champion, Michael Schumacher.

His best result came in 2001 with McLaren, coming second in the championship behind Schumacher. On his day and in the right car, Coulthard reckons he was as good as anyone on the track, but admits: “I didn’t have the consistency; simple as that. I don’t lose sleep over it.”

In recent years, his driving career has been less satisfying: in September an advert he starred in for Aviva insurance was banned by the Advertising Standards Authority for encouraging “reckless driving” and last year he was caught doing 110mph on a French motorway while taking part in the Gumball Rally. (He had thought he was already on the German autobahn, he later said.)

Almost 10 years after his last F1 race, he is still close to the sport and spends most weekends at a racetrack in some corner of the globe. “I miss time with the family … miss bonding with Dayton,” he says of his nine-year-old son, with wife Karen Minier. “I have bought him a kart and he’s had a few days out on the track, but I did find it quite nerve-racking.”

As well as the kart, Dayton can look forward to owning a pretty impressive road car: a 1971 Mercedes 280 SL. “I got the ’71 ’cos it’s the same age as me,” says Coulthard. “It’s wonderful to look at, even better to drive. When Dayton’s old enough, it’ll be his. I just hope to God he doesn’t swap it for a Renault 5.”

David Coulthard: my life in cars