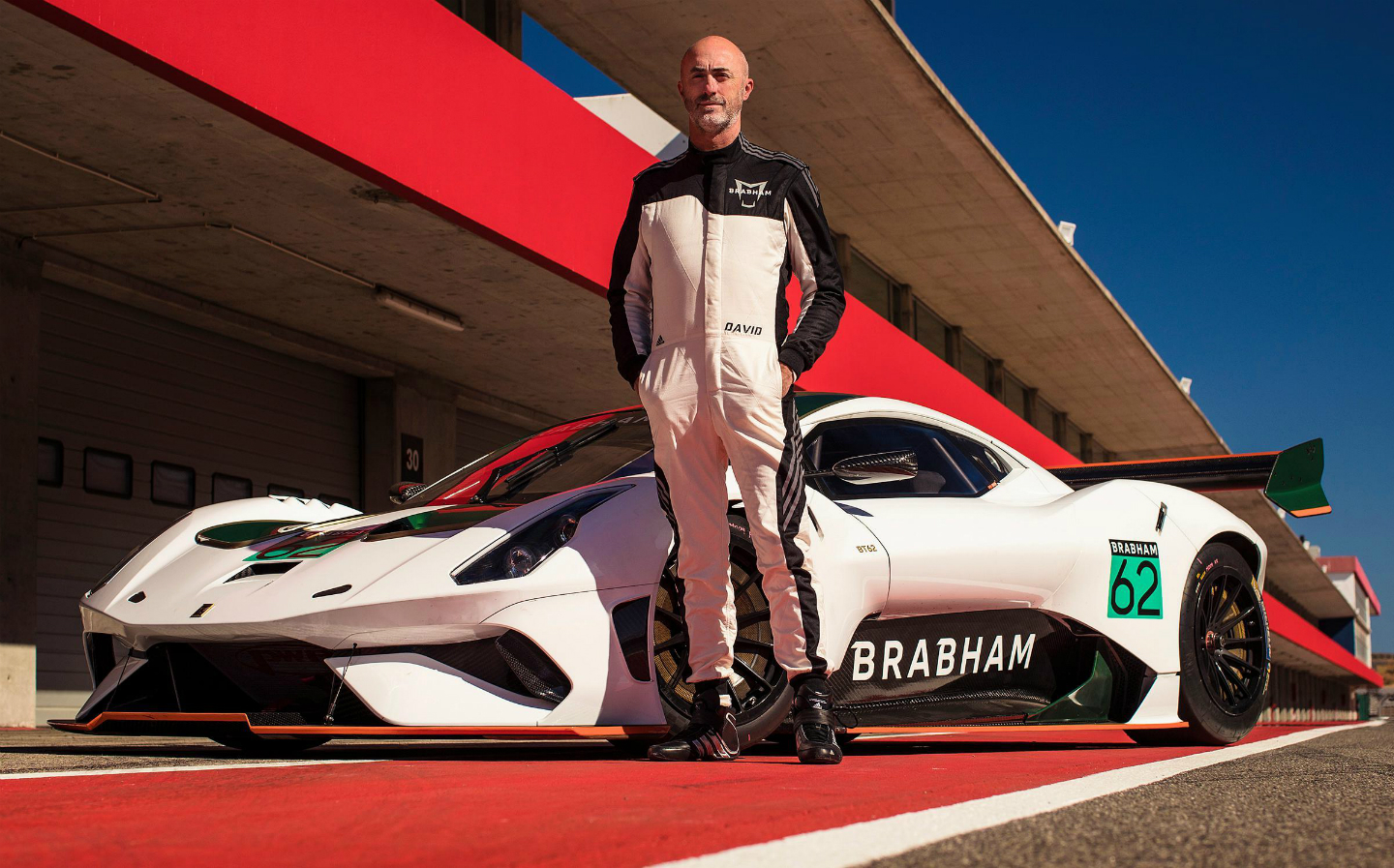 DAVID Brabham raced in Formula One in the 1990s, and won the Le Mans 24-hour race in 2009. He is the son of the late Sir Jack Brabham, three-time F1 world champion and the founder of the Brabham F1 team, who made some of the leading track cars in the 1960s.

Now retired from racing, Brabham Jr is looking to regain his father’s manufacturing glory. He recently founded Brabham Automotive, and deliveries of its first track-racing car are expected before the end of the year: a 700bhp, V8-engined, carbon-fibre hypercar.

“Racing was in our family’s blood,” says Brabham, “although Dad discouraged me from taking part. We moved back to Sydney [from England] when I was six and I was more interested in learning how to run the family farm.”

Sir Jack, who died in 2014, was an Australian air force mechanic who came to Britain to further his racing career with the Cooper team. He won his first F1 championship in 1959, competing against Sir Stirling Moss and Bruce McLaren in an era when fatalities were common. His second title came in 1960 and a third in 1966, when he was 40. “He only retired in 1970 after McLaren and Jochen Rindt died within months of each other,” says Brabham. “Mum and friends told him enough was enough.”

But Sir Jack couldn’t suppress his son’s lust for speed for ever. The dirt tracks of the farm proved too tempting for Brabham, who learnt how to drift a motorcycle and truck sideways in his early teens. On one occasion he misjudged a gateway and crashed his elder brother Geoff’s Mazda 626 into a post. “There’s no doubt I fine-tuned my handling skills on the farm,” he says.

Racing was in our family’s blood, though Dad discouraged me from taking part.

Brabham first saw a competitive go-kart while watching Geoff race in America. Back home in Australia, aged 17, he shocked his father by asking for help to buy one. “Dad almost fell off his chair. He didn’t think I was that competitive and just said, ‘Where the hell did that idea come from?’”

As his racing career took off, he used a Ford Falcon saloon to tow his go-kart to events. Like his father, he moved to England to further his career, winning the Formula Three championship in 1989, which led to his F1 break the following year, first with Brabham and then with Simtek. He left in 1994 and raced in the American Le Mans series, winning the championship in 2009 and again in 2010. The highlight of his career remains his 2009 victory in the 24 Hours of Le Mans in a Peugeot 908.

Brabham, 53, lives with his wife, Lisa, and has three children, including his son Sam, 24, also a racing driver. He currently drives a BMW 520d — “probably not what you might expect of a racing driver” — but now he can get his kicks in the new Brabham.

Launched earlier this year, the BT62 is a mid-engined track car built in Australia, powered by a 5.4-litre engine. When Brabham drove it at the Phillip Island grand prix circuit in Victoria, he smashed the track record. It has a carbon-fibre body, stretched over a tubular spaceframe chassis, and is a rival to the track-only Ferrari FXX-K and the new McLaren Senna GTR. It weighs just 972kg but will cost a meaty £1.2m. Only 70 will be made.

“Brabham is an iconic name thanks to Dad, and we weren’t doing anything with it,” says Brabham. “I’m pretty sure he would have been proud of what we’ve achieved with this car.”

David Brabham: my life in cars